Carlos Sainz has revealed his surprise at taking his first ever pole at the British Grand Prix after saying he felt his lap was ‘nothing special’.

A chaotic qualifying run saw the Ferrari man bag the special honour of leading the field on a rain-drenched Silverstone, beating Red Bull’s Max Verstappen by 0.072sec to start from the front.

However, speaking after qualifying Sainz said he thought his winning lap being the best of the day was surprising as he wasn’t hugely impressed with it himself. 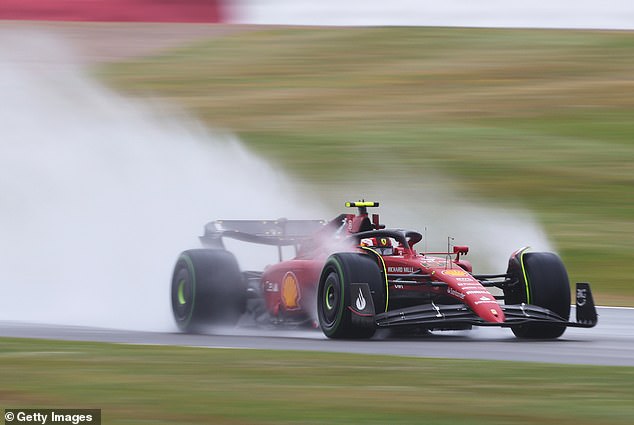 ‘It was a good lap, but I was struggling a lot with the standing water on the intermediate, there was a lot more standing water, even on the racing line, and it was very easy to get snaps and lose the lap,’ Sainz said.

‘It was also more difficult to get temperature into this intermediate for this condition.

‘In the end I put together a lap that I didn’t think was that special just to be on the board and it was pole position which came as a bit of a surprise.’ 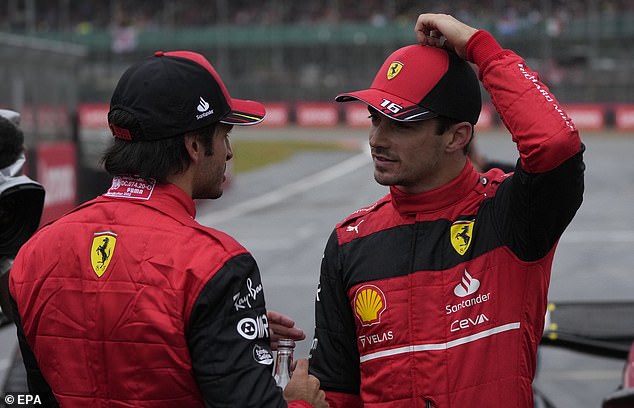 Brits Lando Norris and George Russell were sixth and eighth for McLaren and Mercedes respectively.

Sainz now fancies his chances at recording his maiden F1 victory on Sunday, with the Ferraris pace a key factor in their success this season. 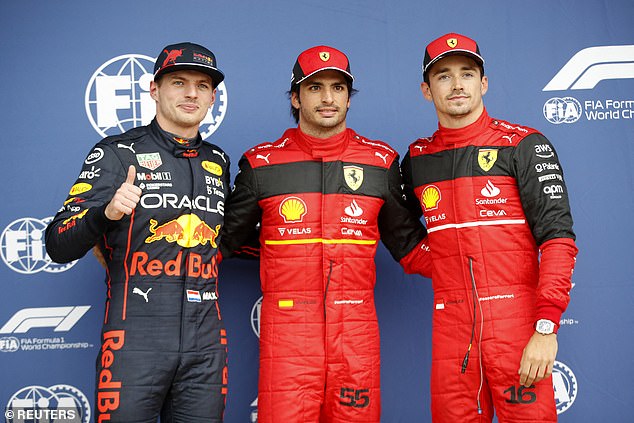 When asked whether he could take the chequered flag at Silverstone, Sainz said: ‘I think so.

‘The pace has been there all weekend, except for FP3 where we had some issues that we that we think we have corrected for qualifying, but if I base myself on my FP2 pace then we should be in a good position to try and hold on to it.

‘I’m sure Max and Charles will put a lot of pressure on, but I will try my best of course.’