By Jonathan Mcevoy For Mail Online

Ferrari’s Charles Leclerc made it a hat-trick of pole positions with another fine performance in qualifying for the Singapore Grand Prix.

Lewis Hamilton, who had gone into the session hotly tipped for pole, was second quickest, 0.191sec back. He at least split the Ferraris, with Sebastian Vettel wobbling on his final flying lap and aborting.

Vettel was third quickest at the end, having set the pace on the first run. 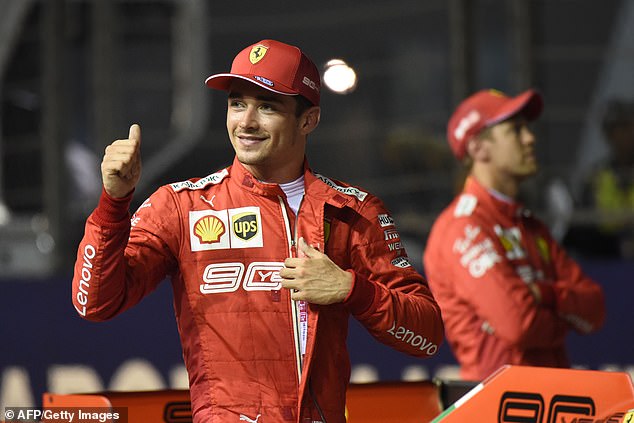 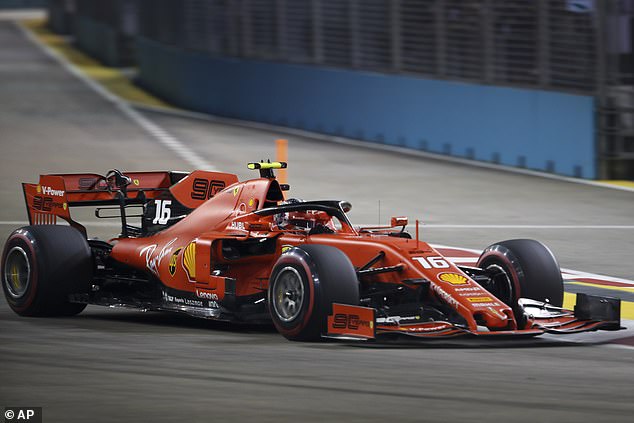 The German lost his nerve where the brilliant Leclerc kept his. It was the 21-year-old Monegasque’s best, on-the-limit, qualifying lap of his short career.

‘I am happy,’ said Leclerc. ‘There were a few times I thought I had lost the car but I got it back.’

Vettel is now without a pole since Canada. The German has struggled for form and suffered the indignity of his young team-mate Leclerc winning the last two rounds, in Belgium and Italy. 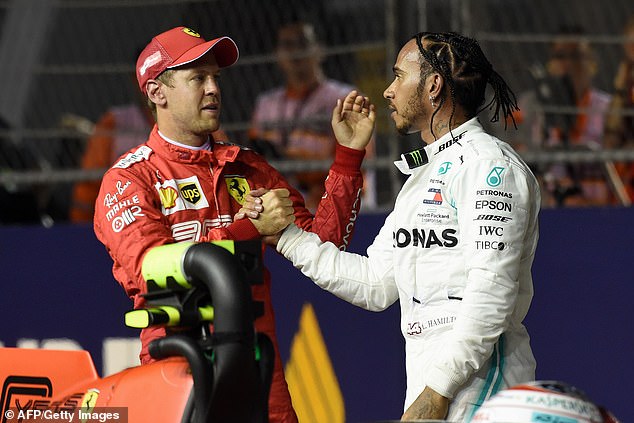 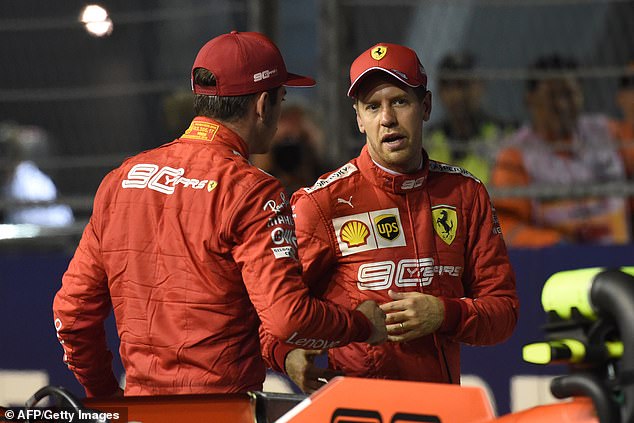 Despite this minor disappointment for Hamilton, the Briton takes a 63-point lead in the drivers’ standings into Sunday’s gruelling two-hour race.

Hamilton complained about the balance of his Mercedes as he was outgunned on the tight, bumpy road circuit by Leclerc.

But the Brit bounced back from being over a second down on Vettel in the pole position shoot-out to eventually claim a front row start.