FA CUP PICTURE SPECIAL: Glorious photos look back at the history of the competition

PICTURE SPECIAL: West Brom’s victorious players posing in 1931, Bobby Moore relaxing with a beer and goals behind closed doors… on the FA Cup’s 150th anniversary, these photos look back at the history of the world’s oldest knockout competition

The FA Cup was born from humble roots – a clash between Wanderers and Royal Engineers in the first ever final on March 16, 1872 at the Kennington Oval in London. 150 years on, and it is a global institution.

Today, 90,000 supporters will pack into Wembley to watch their teams fight it out for the prestigious trophy, in what is the greatest knockout competition in history.

It has grown ever more popular, with just 15 teams entering the first edition in comparison to the 729 that took part this season in the hope of making memories.

This campaign, Chelsea and Liverpool will renew their fierce rivalry.

For the Blues, it is their second successive appearance in the final, while the latter are gunning it out for a sensational Quadruple under Jurgen Klopp.

But ahead of the game, Sportsmail has looked back at the best pictures from the FA Cup over the years, stretching all the way back to grainy images from 1883.

Below, the construction of Wembley, upsets and Bobby Moore relaxing with a beer will delight and enthral in the build-up to the biggest cup game of them all. 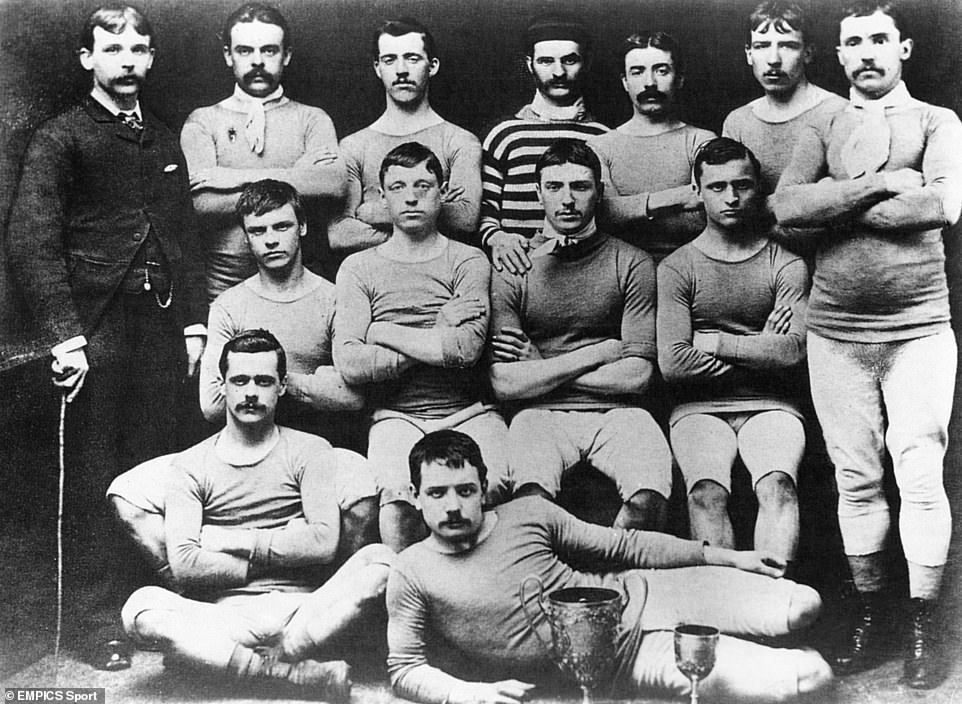 1883: The Blackburn Olympic side who won the FA Cup are pictured; they were the first northern club to clinch the trophy 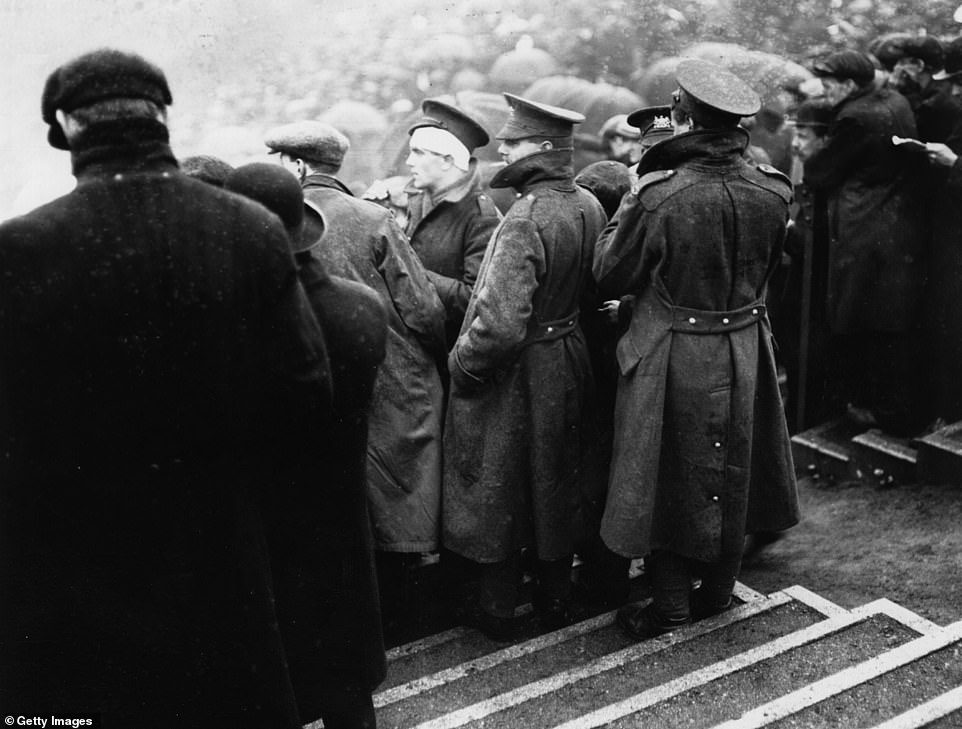 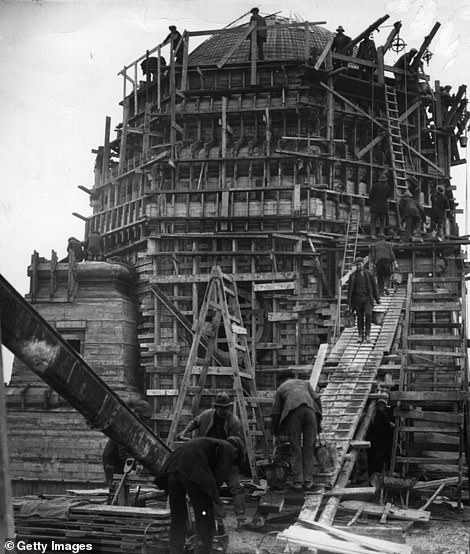 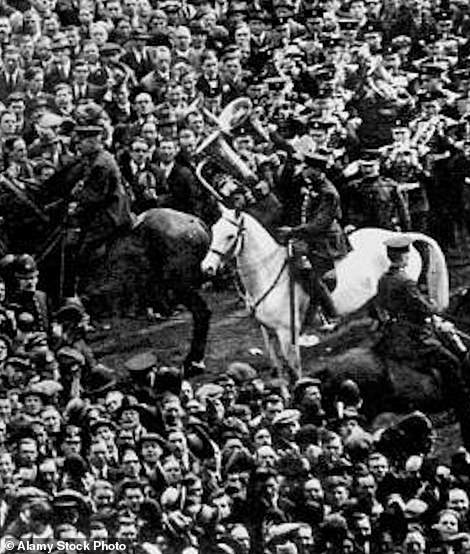 1923: The construction of Wembley was underway (L) in the same year Bolton and West Ham faced each other in the final (R) 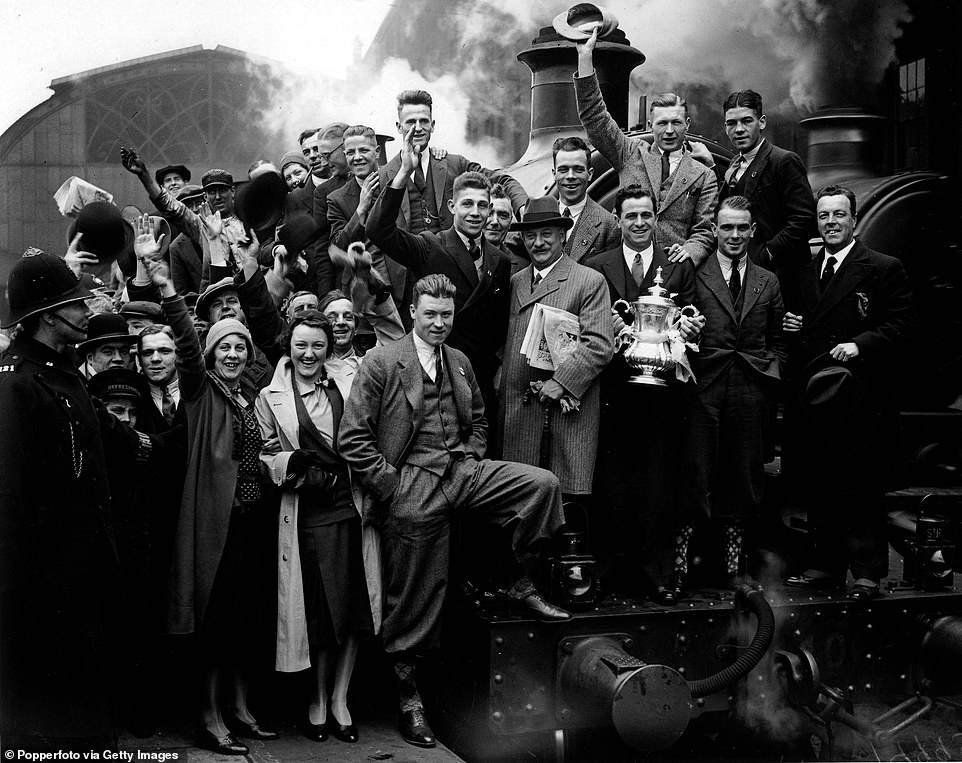 1931: West Bromwich Albion’s victorious players return home with the trophy, pictured in front of a train at Paddington Station 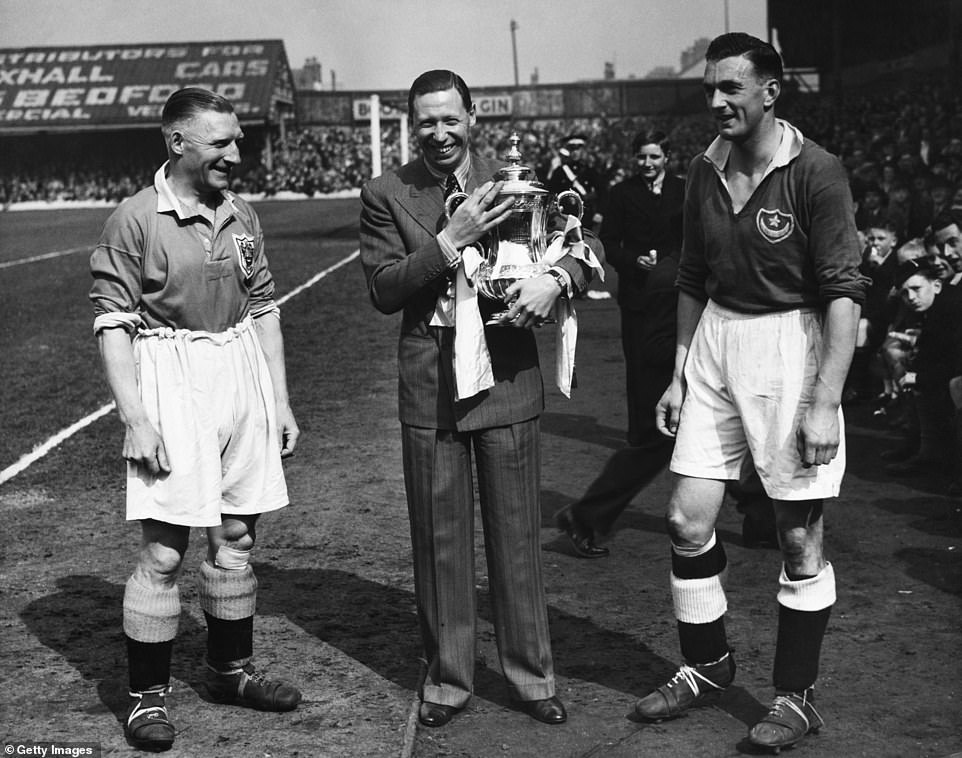 1939: George Formby holds the trophy at the start of a Portsmouth match, soon after they won the FA Cup by beating Wolves 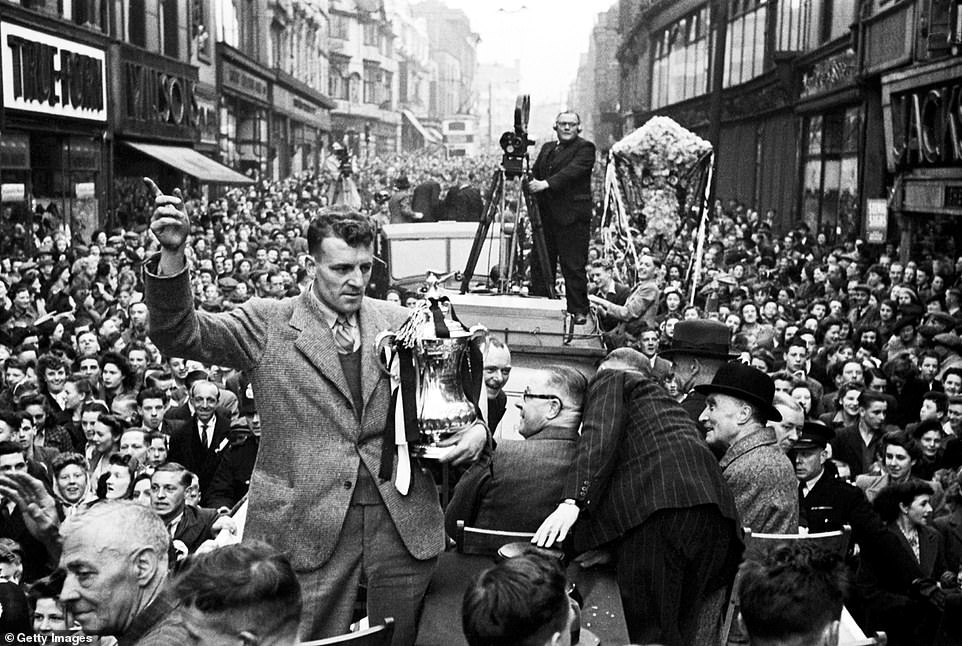 1946: Derby County’s captain Jack Nicholas and the squad return with the trophy after they beat Charlton Athletic in the final 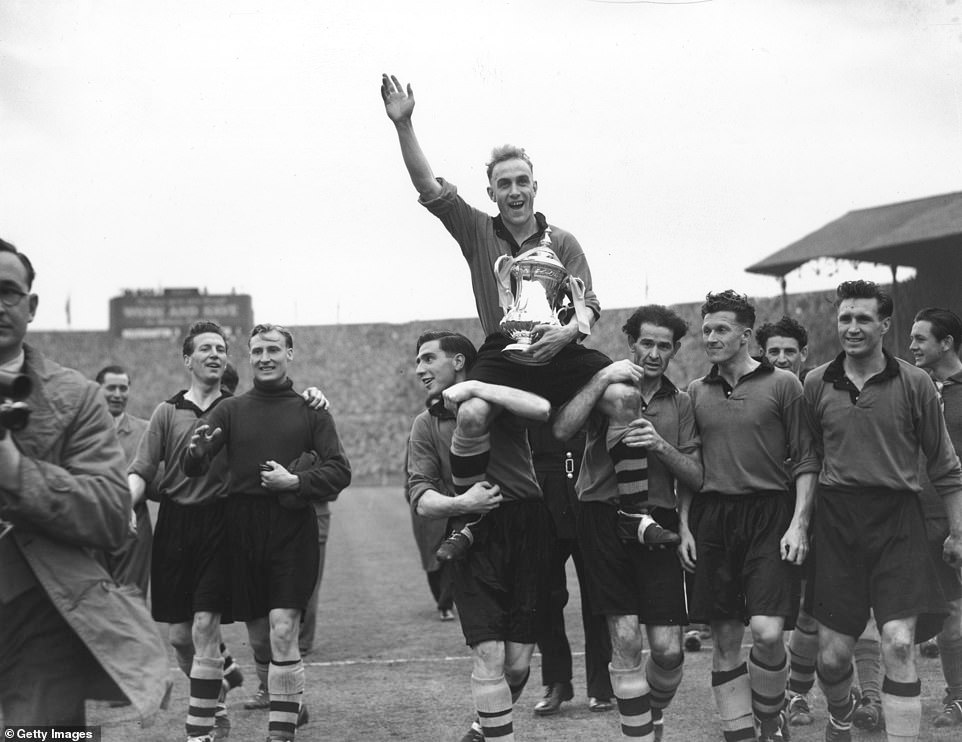 1949: Wolverhampton Wanderers’ captain Billy Wright and the FA Cup are held aloft after they beat Leicester City in the final 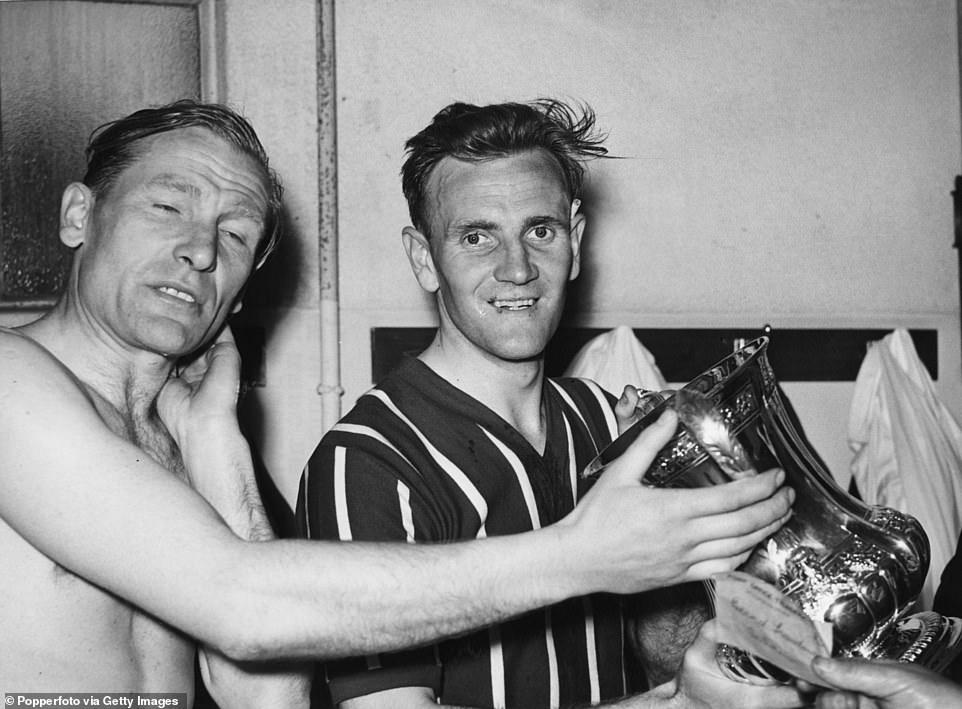 1956: Manchester City’s Don Revie (R) and Bert Trautmann (L) celebrate with the FA Cup after their side beat Birmingham 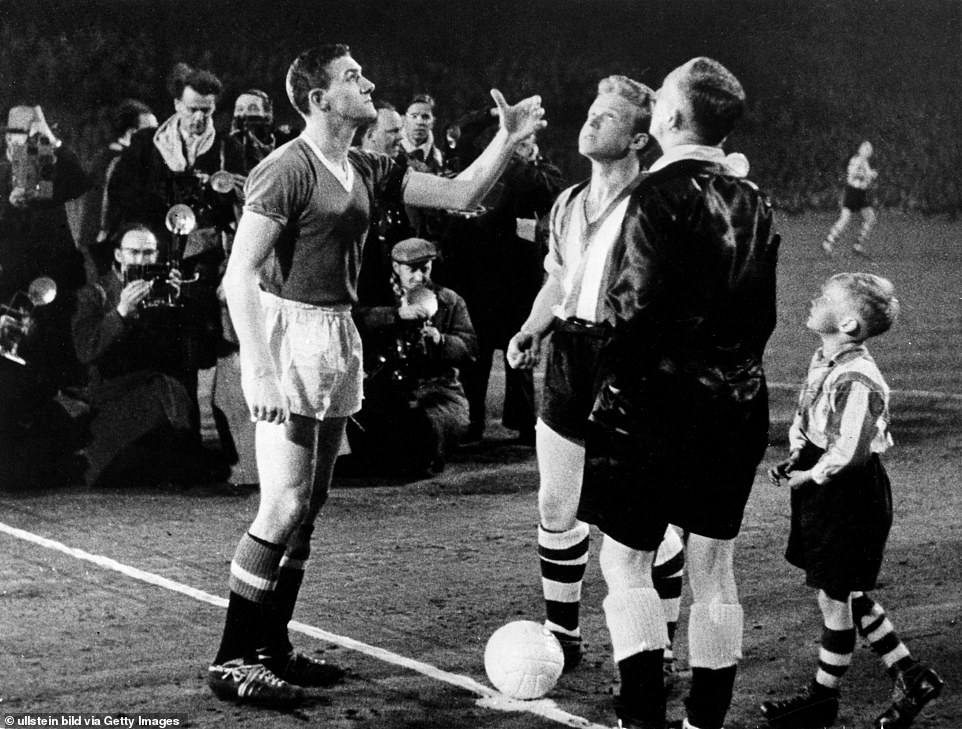 1958: Manchester United captain Bill Foulkes takes part in a coin toss in their first match after the Munich Air Disaster 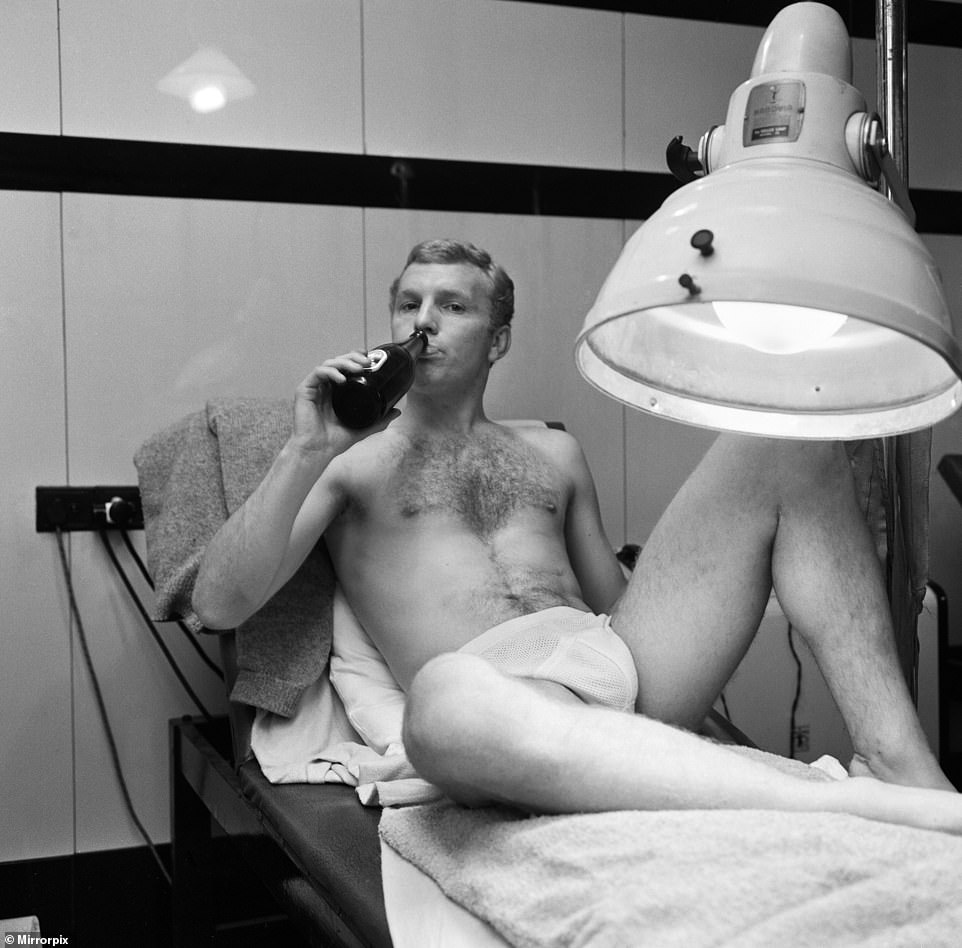 1963: West Ham captain Bobby Moore spends some quiet minutes with a beer after his team reached the FA Cup final 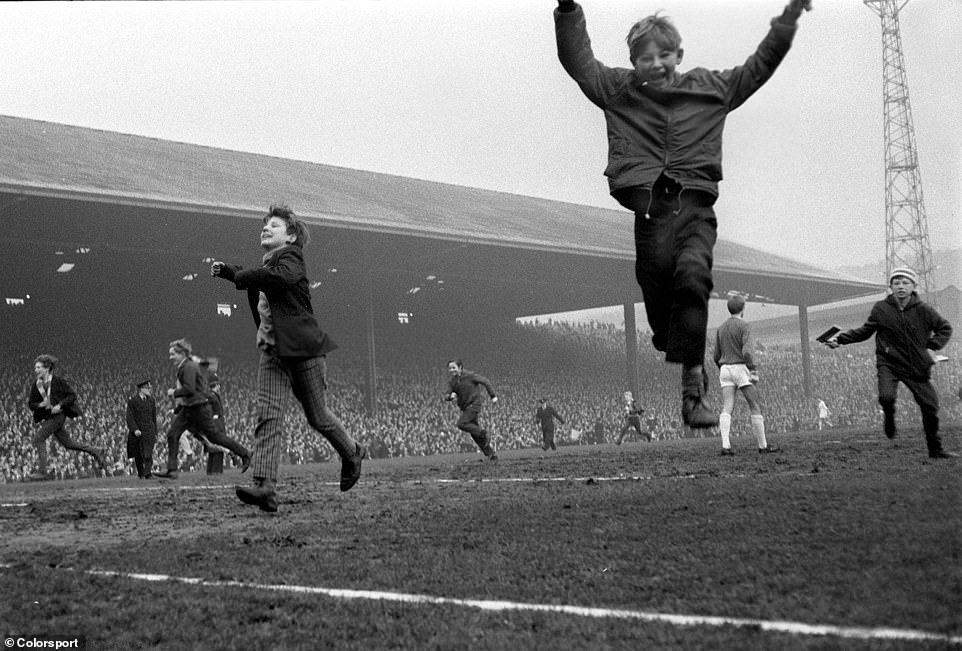 1967: Young Huddersfield supporters invaded the pitch after their team opened the scoring against Chelsea in the third round 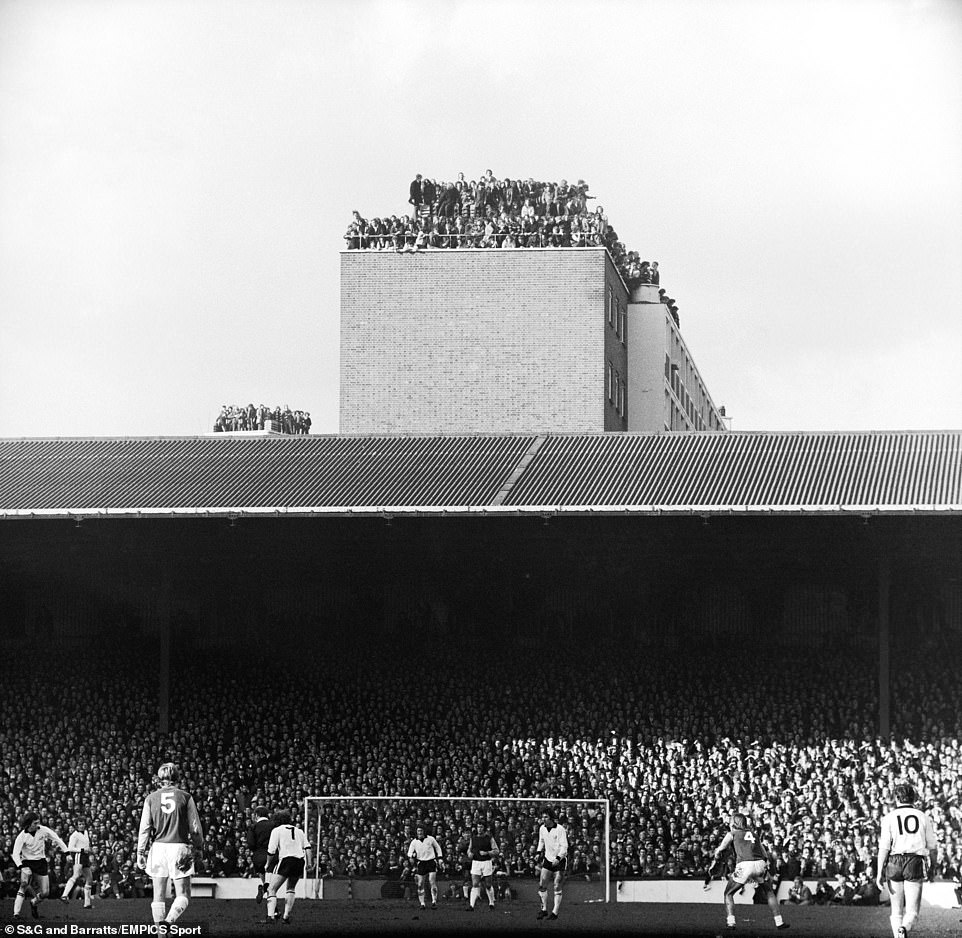 1972: Over 40,000 people turned up to watch West Ham play Hereford, but those without tickets watched from a building 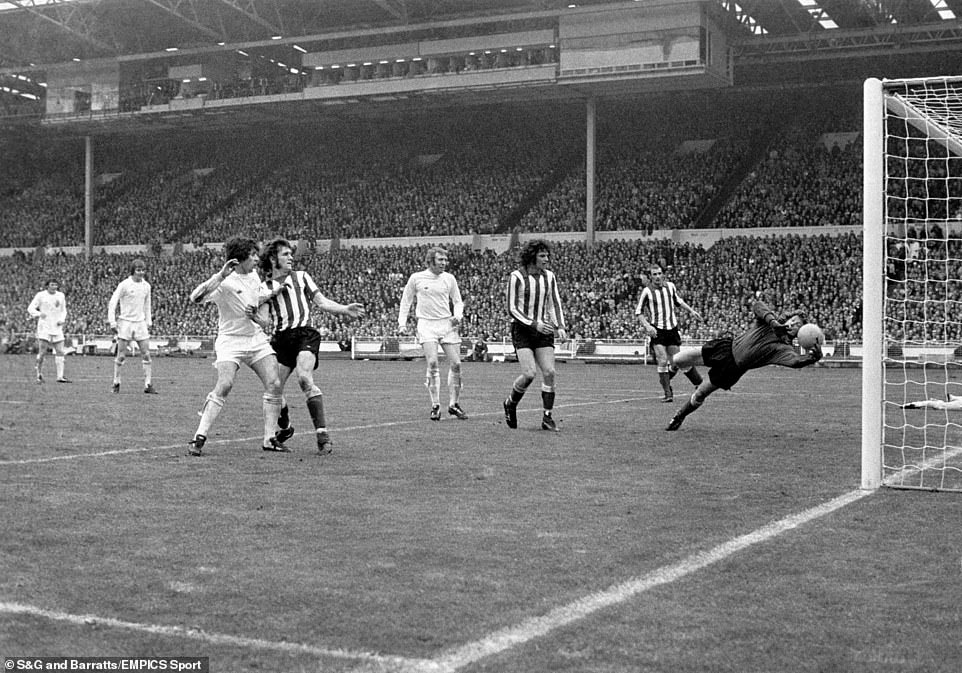 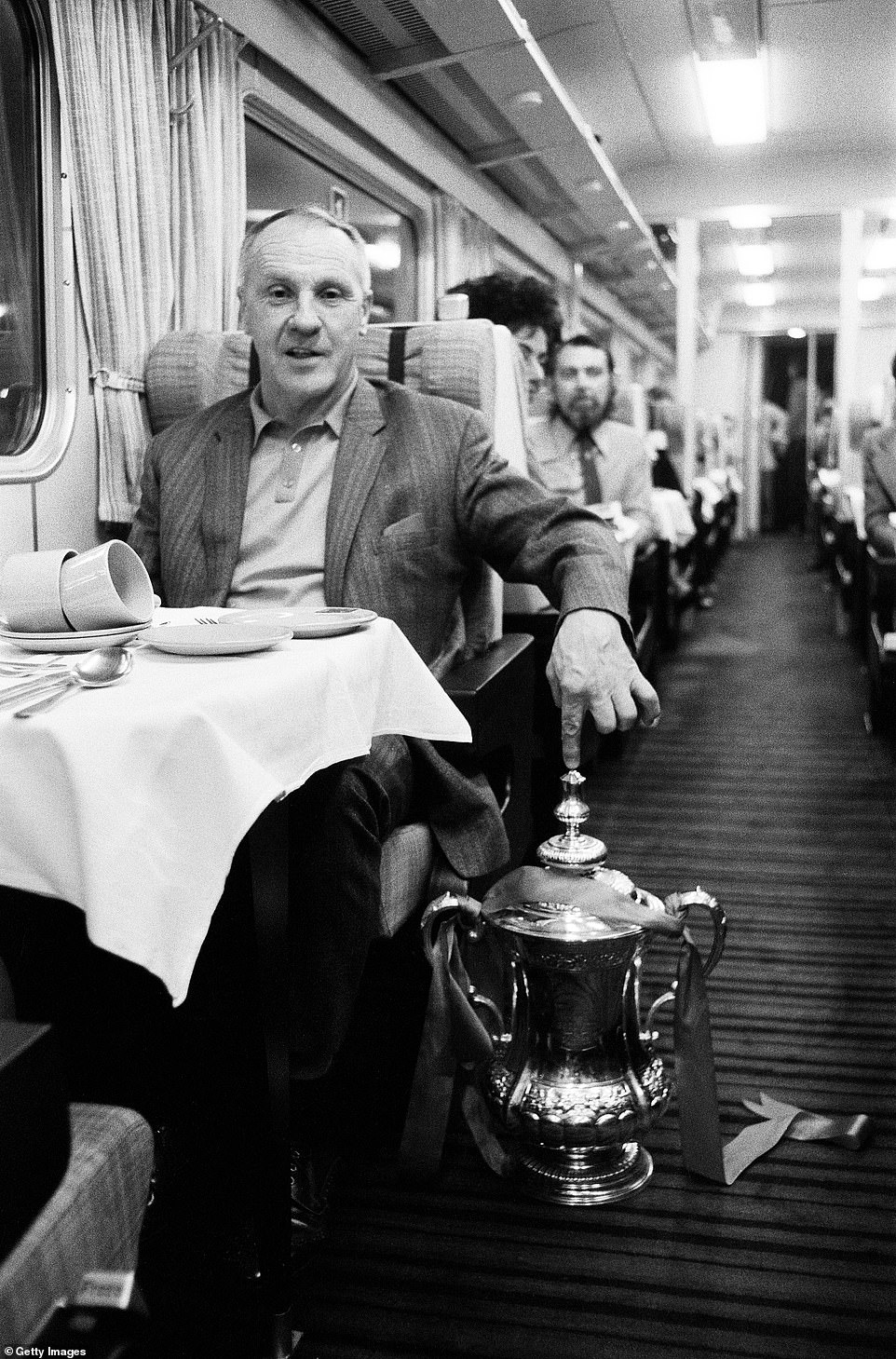 1974: Liverpool manager Bill Shankly is seen with the FA Cup at his feet on the train back from their 3-0 win over Newcastle 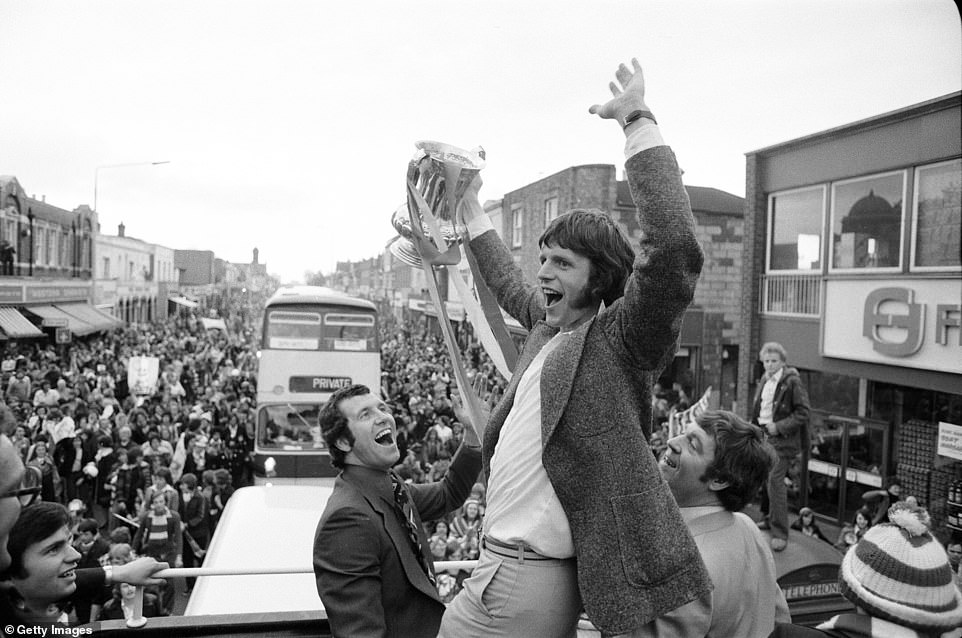 1976: Southampton players celebrate with the FA Cup trophy during a parade in the streets after they beat Manchester United 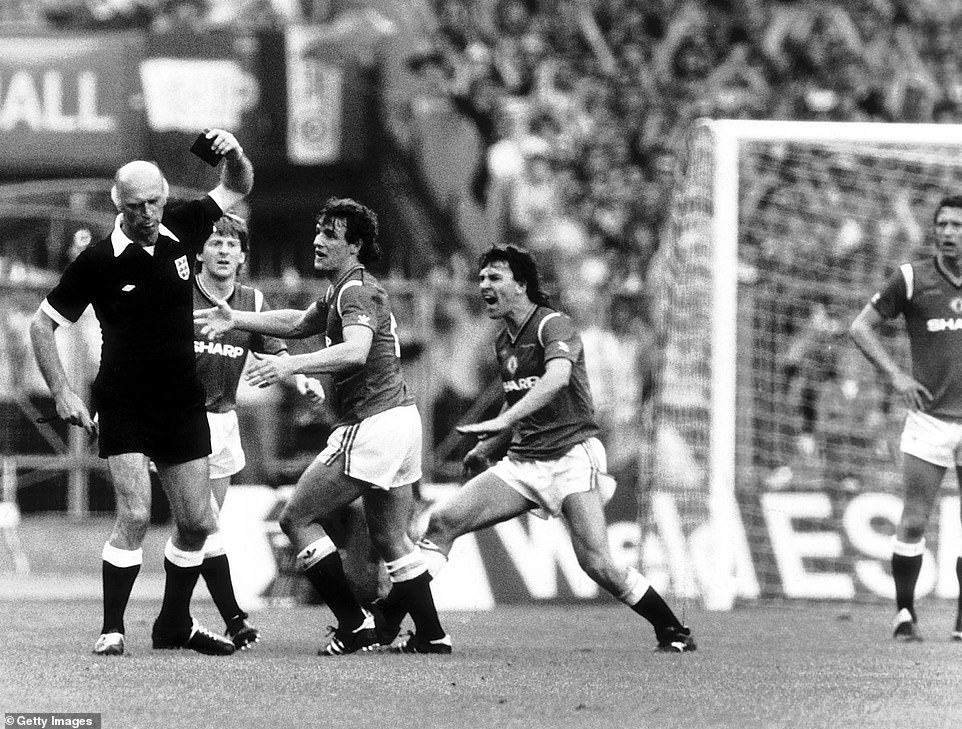 1985: Kevin Moran of Manchester United is sent off by referee Peter Willis in their 1-0 defeat by Everton in the FA Cup final 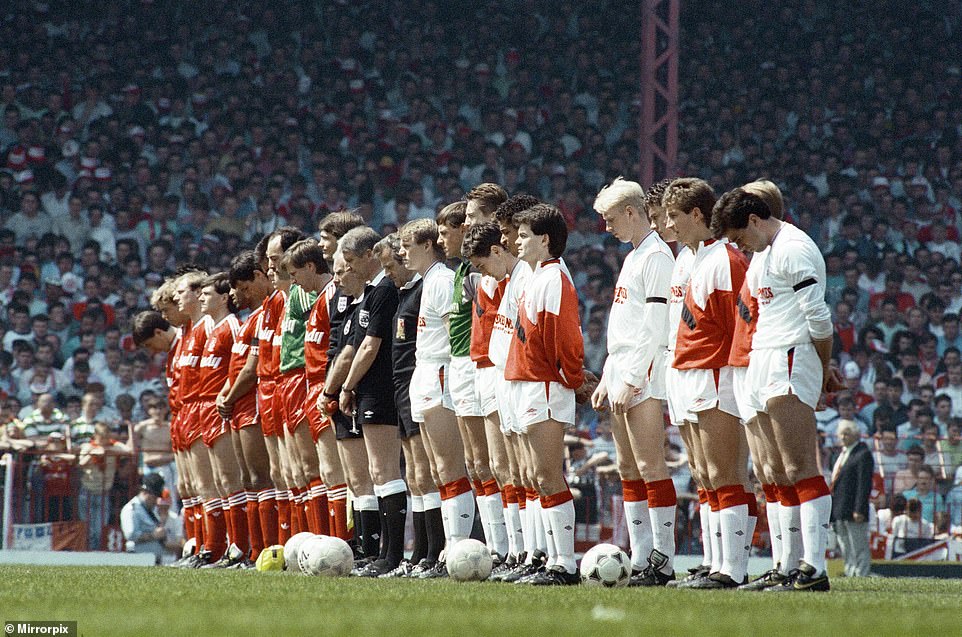 1989: Liverpool and Nottingham Forest players are seen lining up for their reconvened game after the Hillsborough Tragedy 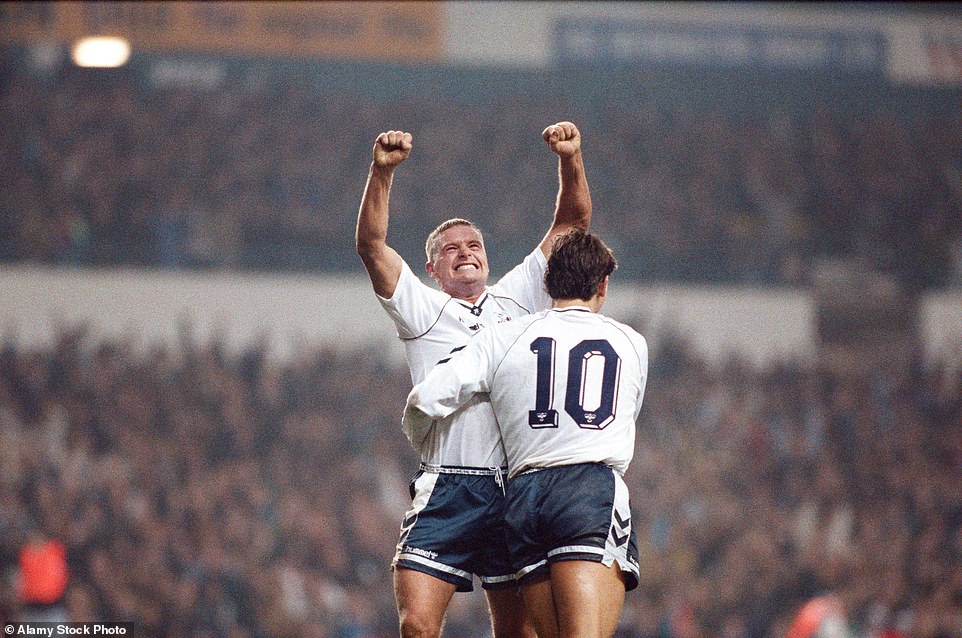 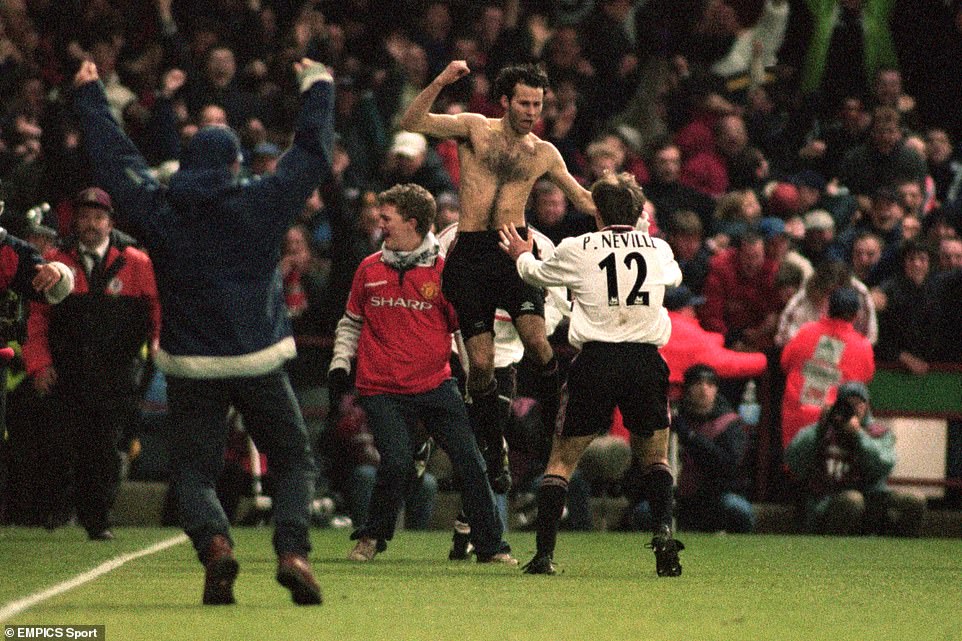 1999: Manchester United great Ryan Giggs is mobbed by his team-mates after scoring his infamous goal against Arsenal 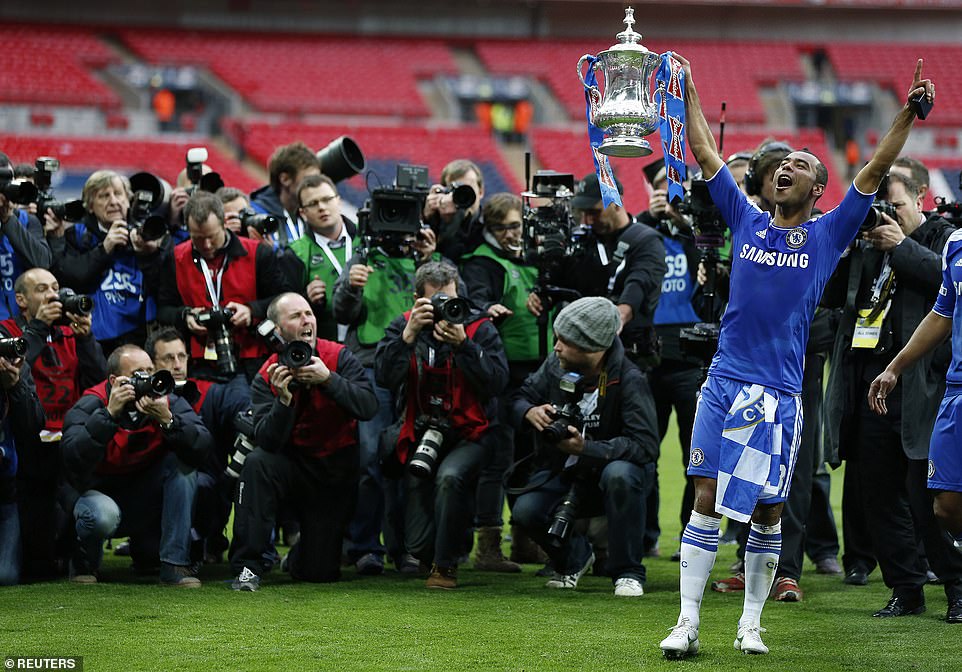 2012: Chelsea defender Ashley Cole celebrates with the FA Cup trophy after his side beat Liverpool in the final at Wembley 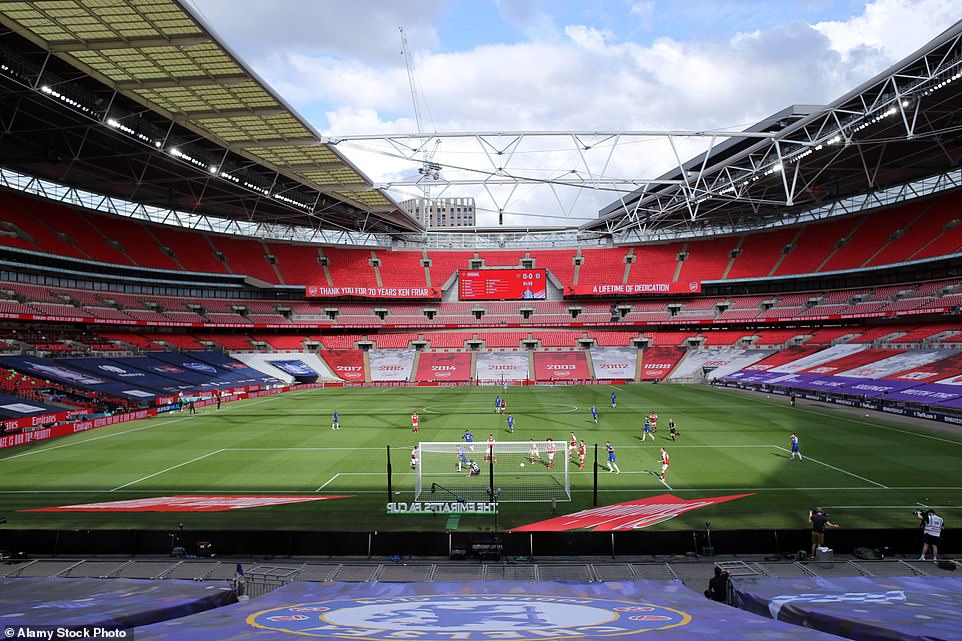 2020: Christian Pulisic wheels away after scoring Chelsea’s goal against Arsenal in the behind closed doors final in the capital