The FA have launched a new campaign in a bid to combat a rise in hooliganism among English football fans ahead of this weekend’s Champions League final and next week’s UEFA Nations League finals in Portugal.

On Thursday, Wembley chiefs will release a video featuring England boss Gareth Southgate and entitled ‘Don’t Be That Idiot’ in what amounts to a plea – as well as a warning – to those FA security chiefs describe as a new generation of thugs ’embarrassing’ the country.

While the majority of England fans are well behaved, between September 2014 and March 2019 the FA issued 127 suspensions from the England Supporters Travel club, with 237 warnings, with problems arising in Dortmund in March 2017, Amsterdam in March last year and Seville last autumn.

The short film portrays extreme examples of unacceptable behaviour within a formal setting to highlight the embarrassment caused, with each incident a re-creation of football-related scenes witnessed in recent years both domestically and in Europe.

At the end of the film Southgate calls on those responsible to follow the lead of others and help make the experience of following English football positive for all, with the message timed in anticipation of fans descending on Madrid, Porto and Guimaraes in their tens of thousands over the next week or so.

FA CEO Martin Glenn said: ‘It has been a great season for English football and England but we can’t ignore some of the anti-social and embarrassing behaviour that has crept back into the game.

‘There are thousands of brilliant supporters wherever our teams go, but there is an increasing problem that must be called out. We all have a responsibility to represent the country in the right way and that is what we are trying to highlight.’ 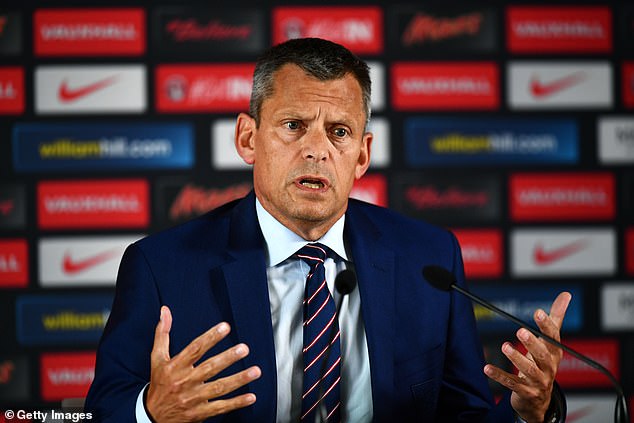 Deputy Chief Constable Mark Roberts, National Police Chiefs’ Council’s Football Policing Lead, said: ‘We welcome and support this initiative by the FA as it reflects the frustration we all feel that a small minority’s reckless behaviour ruins the experience for other fans.

‘The reputation of English football fans has been damaged over the years as we often see a stag-do mentality where too much alcohol is consumed, which results in offensive behaviour and disorder. Footage of this is seen around the world, and it creates the perception that all England fans behave in this way when actually the overwhelming majority are great people who want to support the team and enjoy travelling to different places.

‘We want supporters to celebrate and enjoy the football but not at the expense of other England fans and the countries that host us.’ 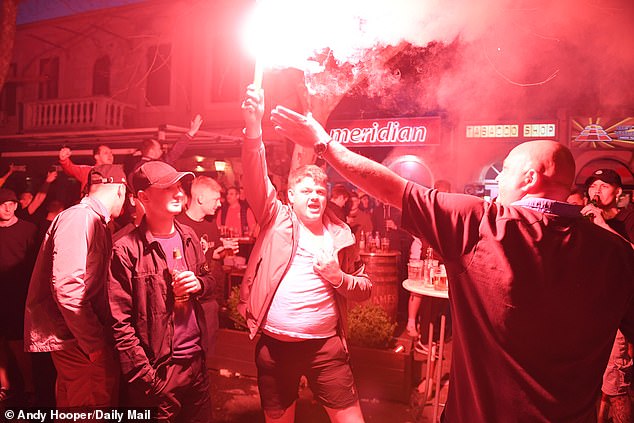 There will be around 15,000 fans attending England’s first Nations League match next week

‘I have been involved in football now for 26 years in one role or another, with the police and the FA, and we have gone from the organised violence days to, more recently, a growing number who become involved in this anti-social behaviour,’ added Conniford.

‘A lot of it is alcohol-fuelled and there almost becomes an acceptance that because you are at football, anything goes. I find that difficult to buy into and people need to have a look at themselves and start to think, “if my relatives, wife or children were here with me, would it be an enjoyable experience?” And the answer is no.

‘What this initiative is really doing is focusing on people to really have a look at themselves, because unfortunately we have this growing number that thinks it is acceptable to just go wherever they want and behave in a manner that creates a bad impression and leaves a bad taste with the hosts.’

While Conniford said he was reluctant to get into specifics, he acknowledged the problem comes predominantly from ‘groups of young, adult males’. ‘The behaviour is embarrassing,’ he said.

‘We all feel that embarrassment; everyone working for the Football Association. Everybody associated with the team feels it.’

Conniford also said he would welcome any fans who witness such behaviour reporting it either to the FA or the police. 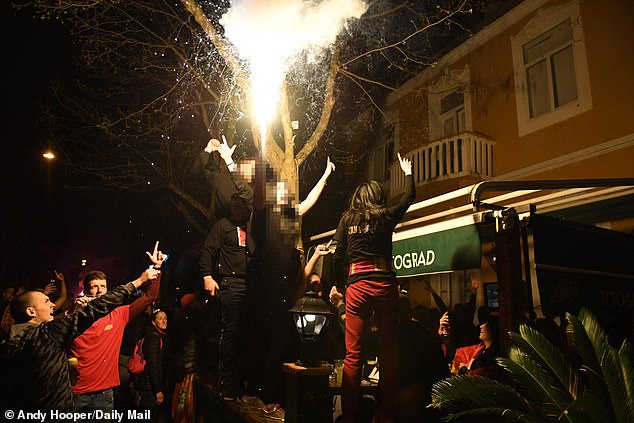