This was a Liverpool European night but not as we know it. Absent was the helter-skelter of many recent occasions and in its place a match between two giants that rarely threatened to live up to its stellar billing.

Just as well, then, that Liverpool did not concede a goal. This was the first time since a dead rubber at Anfield against Porto last March that Jurgen Klopp’s team had failed to score in a Champions League home game — and they may well pay for that when they head to Bavaria for the second leg in three weeks.

Their clean sheet at least gives them a chance. Despite early moments of uncertainty, the makeshift defensive partnership of Joel Matip and Fabinho kept at bay a Bayern attack that carried a threat from wide positions through the impressive Serge Gnabry and Kingsley Coman. 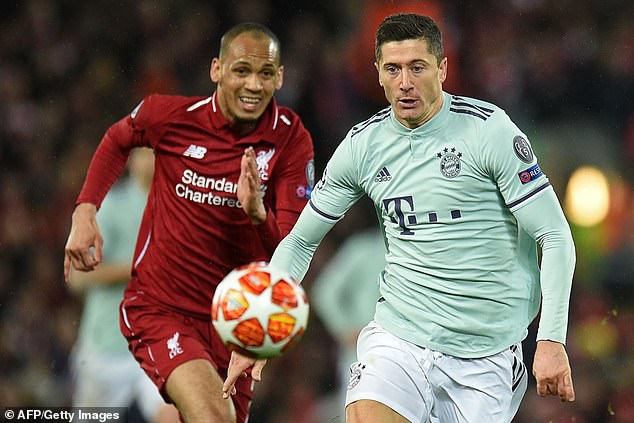 Bayern could have scored early on. With Liverpool missing Virgil van Dijk, Joe Gomez and Dejan Lovren, they looked vulnerable and were not helped by some skittish passing from their keeper Alisson Becker.

Had Liverpool fallen behind at that stage, the game and the tie may have rolled away from them. Bayern are not the force they were domestically, but they remain a very proficient and street-smart European side.

After survival followed improvement for Liverpool, at both ends. For the last hour of the game, they were the better side and, when needed, Fabinho in particular played his part. A tackle in his own area on Robert Lewandowski early in the second half was a life-saver, for example. 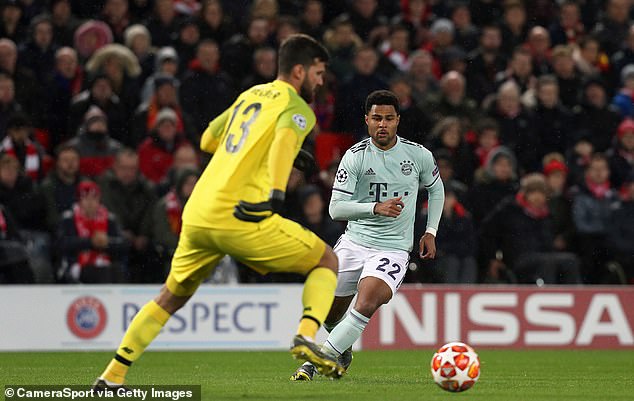 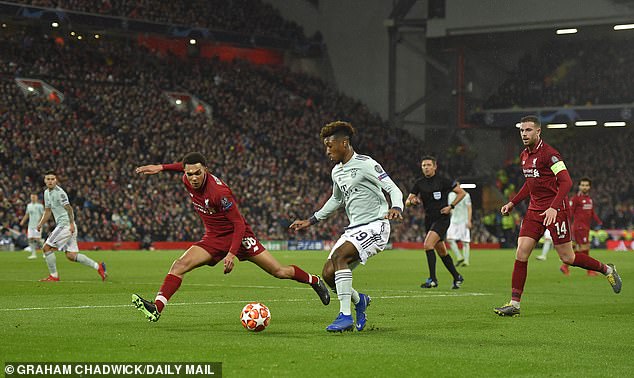 The challenges facing Matip and Fabinho were clear. Fabinho is a central midfield player, while Matip is not quite good enough for this level.

Matip, 27, has played a lot of football in the Bundesliga, so Bayern would have known he is competent in the air and quick over ground. But they would also have known that he can look coltish and unsure in possession and makes poor positional decisions under pressure.

That was probably why Bayern coach Niko Kovac instructed Lewandowski to push up on the Cameroon player early on, suspecting it was he rather than his defensive partner who was likely to be pressed into an error.

At times in the first half, Matip and Fabinho looked equally unsure. It could have been nerves, or the wet surface, or the unfamiliarity of their pairing.

Whatever, there was uncertainty about their play and it was just as well they were not facing the old Bayern threat of Lewandowski, Arjen Robben and Franck Ribery. That trio have picked holes in better defences than Liverpool’s over the years. 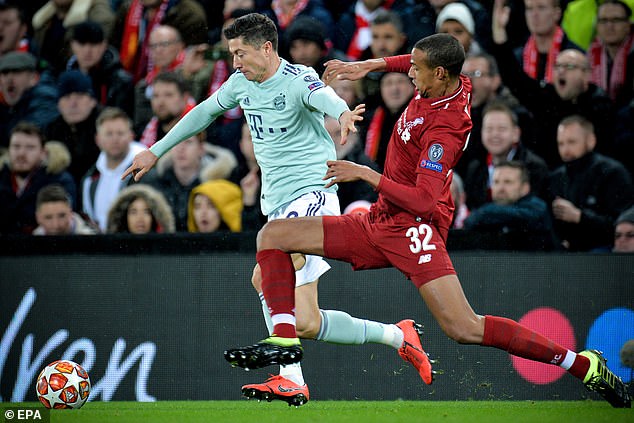 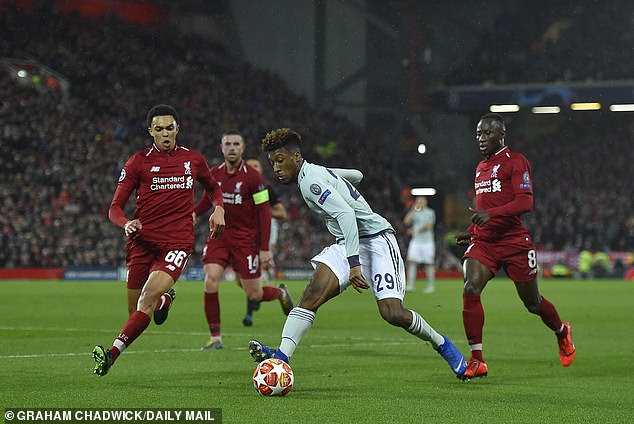 As it was, Bayern were encouraged by the erratic footwork and decision making of Alisson. Defensive calmness tends to start with a team’s goalkeeper and spread forwards. Alisson has had a decent first season at Liverpool but has not been at his best recently.

He saved importantly with his chest early on as Matip almost diverted a Gnabry cross into his own goal. But he and Matip then got in a muddle to allow Coman to shoot into the side-netting, before a poor Fabinho header gave Lewandowski a sight of goal.

Gnabry and Coman were impressive, keen to run directly infield, and this panicked Liverpool at times. As the game wore on, they improved in terms of possession and quality of play, so Bayern’s forward players were forced to spend more time in their own half.

As Bayern retreated a little, so the home team’s full-backs, Andy Robertson and Trent Alexander-Arnold, were able to push higher. 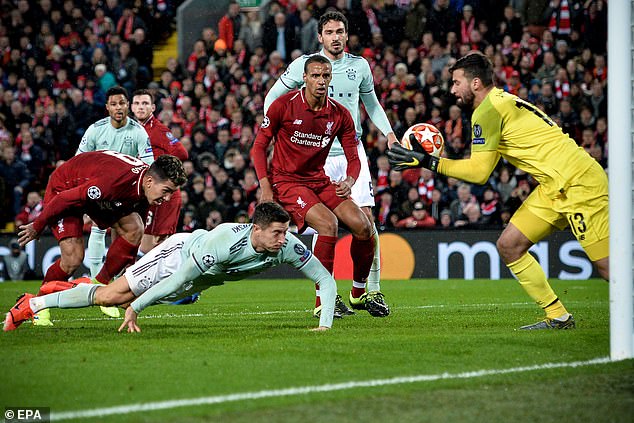 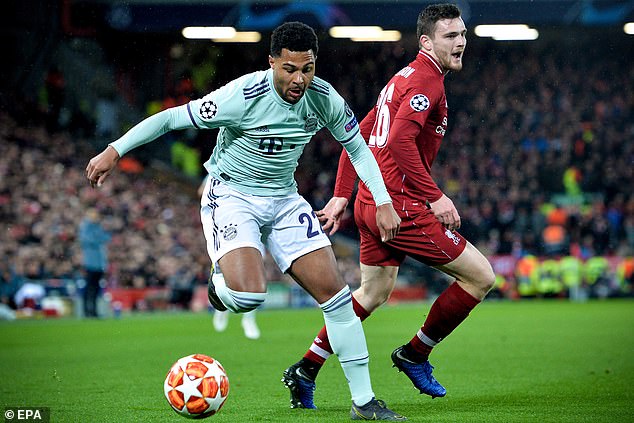 Early in the second half, though, a Liverpool press broke down and as Bayern swept downfield through Coman, Fabinho was prompted to make his most impressive contribution.

Coman’s low ball into the penalty area was perfect for Lewandowski and the Poland striker received it with his back to goal on the six-yard line.

It was a situation fraught with danger for Fabinho. One false move and Lewandowski would turn and score. Another and the defender would concede a penalty. So, his tackle had to be decisive and perfect in weight and timing. It was all of that and more and Liverpool were able to move back upfield with the great Bayern striker left sitting on the ground.

Soon after, Fabinho was out quickly to thwart Gnabry at the near post and it was evident just how much the Brazilian had grown into the game. At the Allianz Arena next month, Liverpool may thank him for that.