Fabolous’ girlfriend Emily Bustamante is claiming she lost her two front teeth after the rapper allegedly punched her seven times.

According to court documents obtained by NorthJersey.com, the mother of two reported to law enforcement that the Connection singer punched her seven times before threatening to shoot her and family members.

The alleged incident occurred on March 7 after Fabolous reportedly became ‘enraged’ after learning on Instagram Emily would be in Los Angeles.

Not good: Fabolous’ girlfriend Emily Bustamante is claiming the rapper punched her seven times in his recent alleged assault (Emily and Fabolous pictured in 2014)

Fabolous reportedly sent Emily a threatening text in which he said he wanted to hit her in the head with a baseball bat and kill her, but that he ‘did not want to go out like that’, according to an affidavit of probable cause.

He allegedly ended up punching her in the face, ‘causing severe damage to her two front teeth’.

Following the alleged encounter, Emily called her father and brother to remove Fabolous’ handguns from their Englewood, NJ home, over fears the firearms would be used against her.

Fabolous is said to have walked in on the operation, and confronted Emily, her father, and brother. 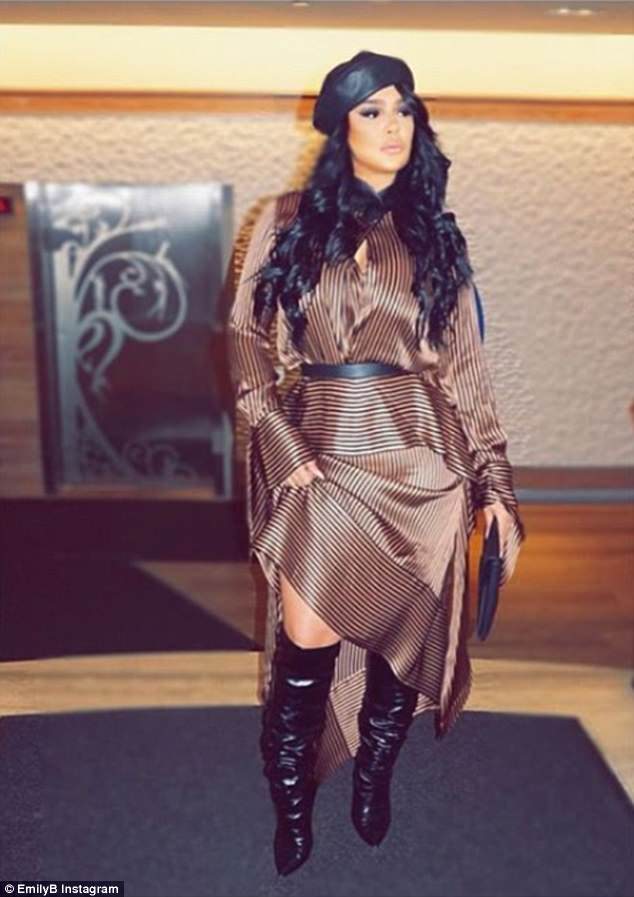 Scary: Following the alleged encounter, Emily feared for her life, and called her father and brother to remove Fabolous’ handguns from their Englewood, NJ home

The handguns had reportedly been removed by then.

But then Fabolous allegedly threatened Emily, her father, and brother that ‘he had a bullet for them’ when he was unable to find the guns, according to court documents.

Fabolous reportedly turned himself in to a police station in Englewood, New Jersey – where he lives with the former Love and Hip Hop star – on Wednesday night.

TMZ reports that Emily was the one to contact police first, telling them Fabolous had hit her. 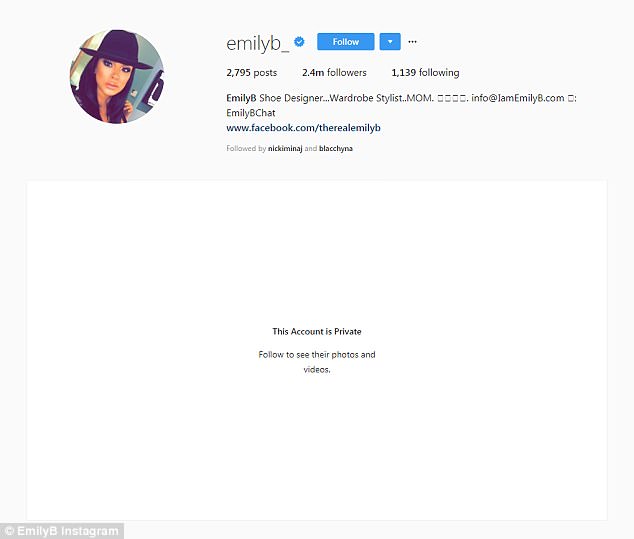 Fabolous – born John David Jackson – arrived at the police station with his attorney by his side.

He was not jailed but was cited for the alleged incident and given a ticket for his court appearance.

The Into You hitmaker has two sons with Emily; nine-year-old Johan and two-year-old Jonas. 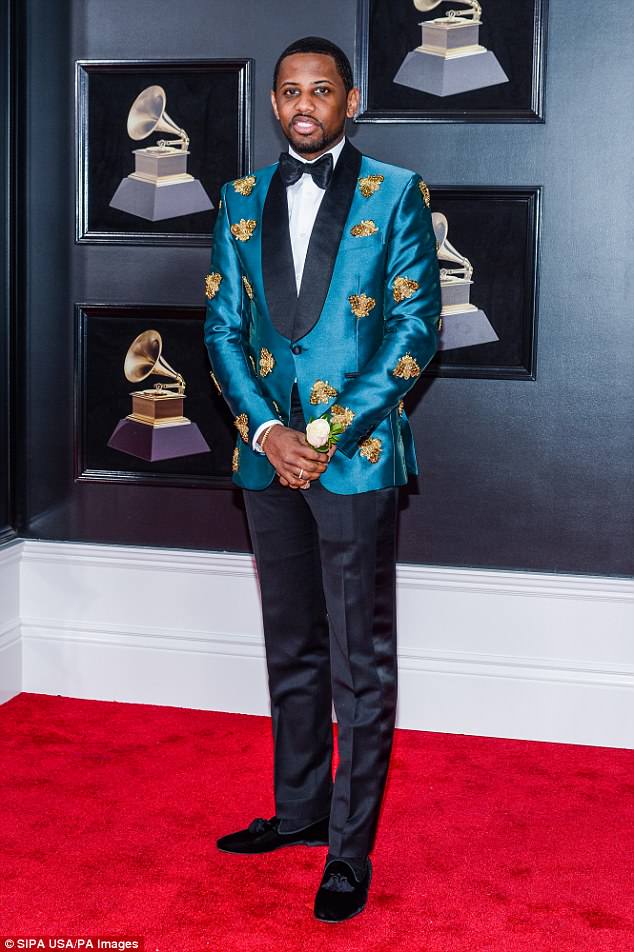 The couple first got together well over 10 years ago.

Fabolous hasn’t commented on the incident but in the early hours of Thursday morning the Can’t Let You Go hitmaker posted a note to his Instagram stories.

‘2018 tryna break my heart’ he wrote along with a broken heart emoji.

The recording artist had five Top 6 albums in the 2000s and four songs that crossed over to the Top 10 of Billboard’s overall singles chart.

He has sold more than four million copies of his albums, with both 2001’s Ghetto Fabolous and 2003’s Street Dreams selling platinum. 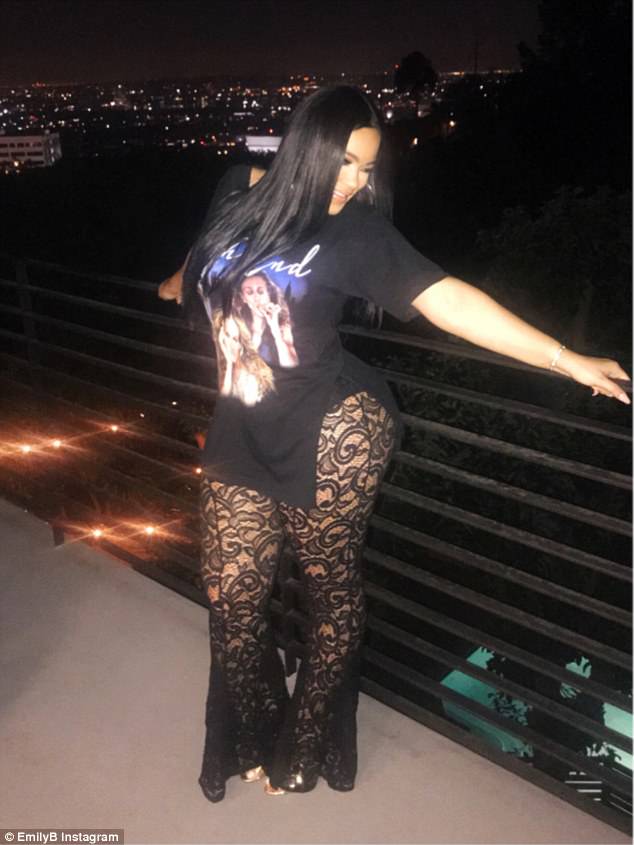 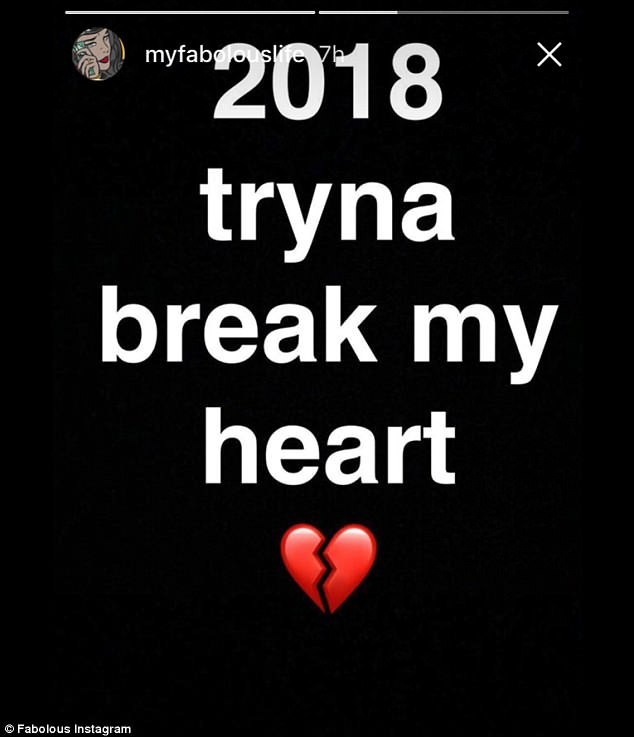