Face coverings will be COMPULSORY in shops in Scotland from July 10, says Nicola Sturgeon

Face coverings will be COMPULSORY in shops in Scotland from July 10, says Nicola Sturgeon as she announces two-metre rule will be eased to save hospitality sector

Wearing face coverings will be compulsory in shops in Scotland from July 10, Nicola Sturgeon announced today.

The First Minister said the move would help control the spread of the virus north of the border.

She said the rule on face coverings on public transport was being extended to indoor retail environments.

The instruction will come into force next week when Scotland goes into the next stage of easing its lockdown, she told her daily briefing in Edinburgh.

Meanwhile, Ms Sturgeon also followed England in declaring that the two-metre rule will be eased. She admitted the social distancing had ‘serious economic consequences’, and from July 10 exceptions will be allowed in hospitality and some other areas.

Wearing face coverings will be compulsory in shops in Scotland from July 10, Nicola Sturgeon announced today 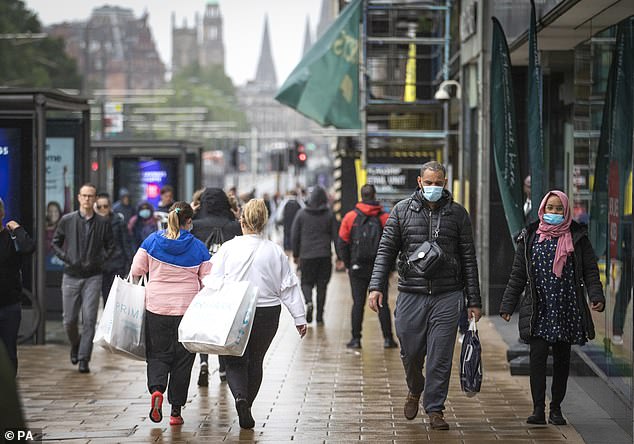 Ms Sturgeon said: ‘Face coverings in shops will be compulsory from the end of next week but please don’t wait until then, get into the habit now.’

Speaking during the Scottish Government’s daily coronavirus briefing, Ms Sturgeon said as people start to interact more it is ‘vital we take steps to reduce risks’.

On social distancing measures, she said sticking to the two-metre rule has ‘serious economic implications’.

From the end of next week, exceptions would be allowed for specific sectors to operate within a one-metre distance with mitigation measures.

These sectors include hospitality, retail and public transport.

Despite the change on face covering in Scotland, the rules look set to stay the same in England.

However, Transport Secretary Grant Shapps said the enforcement on trains, Tubes and buses will be ramped up.

There have been complaints that many people are flouting the rules, and not being fined by the authorities. 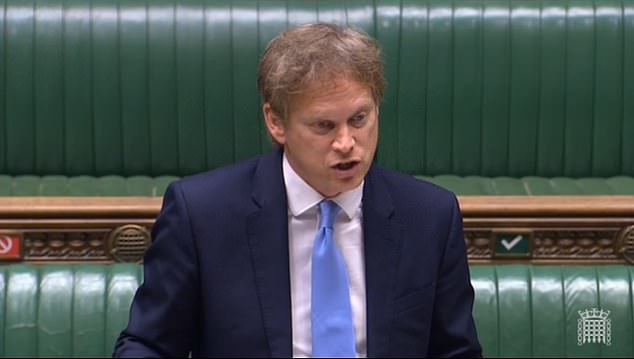 Transport Secretary Grant Shapps said the enforcement of face coverings on trains, Tubes and buses will be ramped up

Mr Shapps told MPs there was 86 per cent compliance according to the latest figures.

‘It looks like, according to the Office of National Statistics, on the week of June 26 that 86 per cent compliance was in existence.

‘We did say in the early days that we would ensure compliance was gently enforced but I do want to inform the House that TfL (Transport for London), Network Rail, British Transport Police will be tightening up on that implementation.