Facebook has hired a top antitrust attorney as President Donald Trump has commented that his administration has been ‘looking at’ potential action against Facebook, Google and Amazon.

The social networking site created by Mark Zuckerberg has hired Department of Justice veteran Kate Patchen as its Director and Associate General Counsel of Litigation, according to an update to her LinkedIn profile in November.

Also in November, Facebook posted a job listing on the career site seeking Washington, DC-based lead counsel in the area of competition.

‘This position will manage investigations and inquiries related to antitrust matters and help develop the company’s legal position and strategy on competition matters throughout the world,’ the job description read. 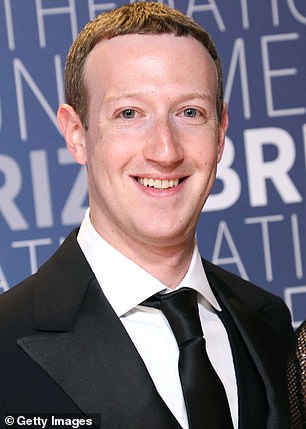 Mark Zuckerburg’s (right) Facebook has hired a top antitrust attorney Kate Patchen as President Donald Trump’s (left) administration has commented that it has been ‘looking at’ potential action against Facebook, Google and Amazon

Patchen’s new position at Facebook comes after her role as chief of the Department of Justice’s antitrust division in San Francisco.

She has 14 years of experience working within the DOJ, with particular expertise in prosecuting price-fixing cartel cases in the computer-memory-chip industry, Business Insider reported. 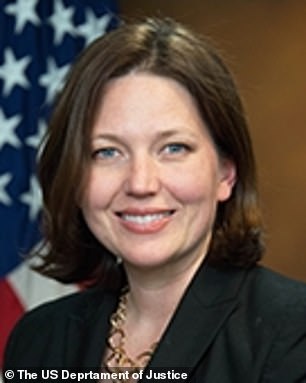 E. Kate Patchen (pictured) was hired as Facebook’s Director and Associate General Counsel of Litigation, according to an update to her LinkedIn profile in November

The order was titled, ‘Executive Order to protect competition and small businesses from bias in online platforms,’ according to Business Insider.

It was written in two parts, with one part focusing on policy and another part containing directives to federal agencies, including an order to ‘thoroughly investigate whether any online platform has acted in violation of the antitrust laws.’

In July, Google was fined nearly $5 billion (4.3 billion euros) by the European Union for antitrust violations.

Though that’s a larger number than any fine issued by US, Chinese, or any other antitrust authorities, the total sum is equivalent to what Google-owner Alphabet, Inc. made every 16 days in 2017, according to Bloomberg.

While being interviewed on the HBO news series, Axios, Trump said:

‘You look at the European Union, they fined I guess it was Google, billions of dollars, and frankly I don’t like that they’re doing that because that’s an American company.

‘I don’t think it’s good that they’re doing that. But if anybody does that, it should be us doing it.’ 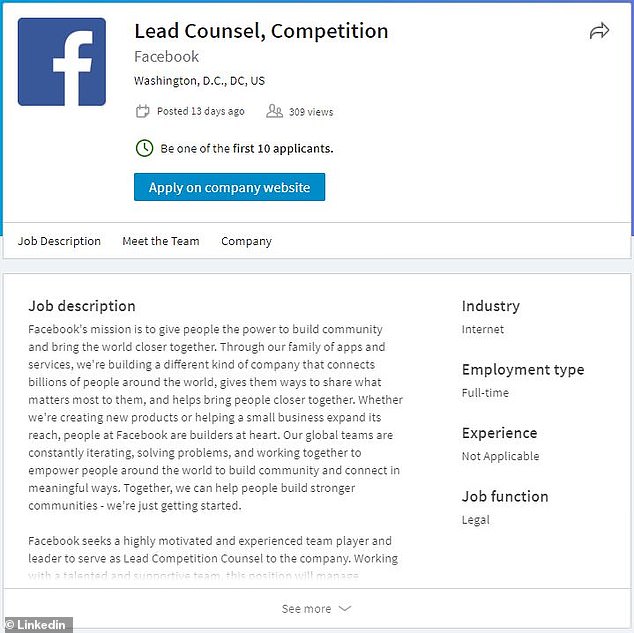 Also in November, Facebook posted a job listing on LinkedIn seeking a Washington, DC-based lead counsel in the area of competition, with responsibilities to include managing ‘investigations and inquiries related to antitrust matters’