Facebook is defending a recent update to Messenger that limits the number of times a message can be forwarded.

Users can now only forward a message a maximum of five times, as the firm aims to  tamp down on misinformation campaigns – especially about the presidential election and coronavirus pandemic.

If a user is warned about sending too many messages or sending them too quickly, they could now be blocked from posting on Messenger.

In addition, articles that have been flagged by fact checkers on Facebook will also be flagged when shared in Messenger.

Facebook recently announced that messages sent on Messenger can only be forwarded a maximum of five times. The company is hoping to tamp down on misinformation campaigns, especially about the presidential election and coronavirus pandemic

According to Facebook, if a user is warned about sending too many messages or sending them too quickly, they may be unable to send messages on Messenger.

At the TechCrunch Disrupt 2020 virtual summit on Tuesday, Facebook Messenger VP Stan Chudnovsky said some users were turning what should be seen as a private conversation into more of a ‘public broadcast.’

‘Messenger is obviously a private means of communicating. And we want to make sure it is private. This is a very important priority for us,’ Chudnovsky said, according to TechCrunch.

The company isn’t looking to phase out link-sharing, he added, which is ‘core to the internet.’ 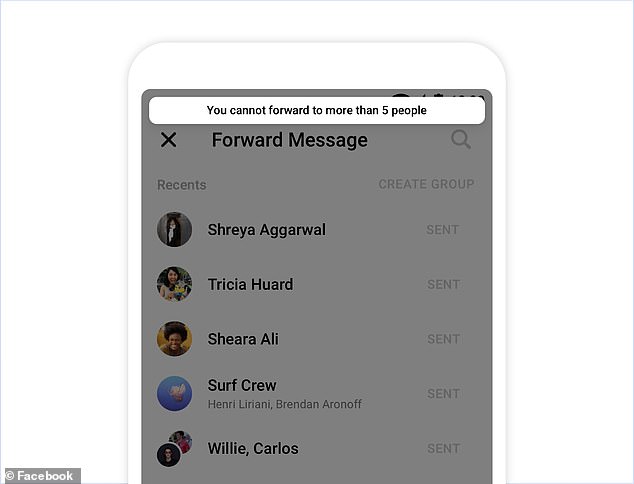 Users repeatedly warned about the volume or frequency of their messages may be blocked from posting on Messenger. The forward limit was tested last year in Myanmar and Sri Lanka, countries plagued by ethnic violence and online hate speech

Ultra-nationalist Buddhists in Myanmar have used Facebook to incite violence against Rohingya Muslims.

Sri Lanka banned Facebook, WhatsApp and Instagram in 2018 in hopes of curbing mob violence aimed at the country’s Muslim minority.

‘Certain pieces of information cannot be forwarded too many times,’ Chudnovsky said.

‘That’s something that we think is really going to help in stopping the spread of the misinformation, especially in the times that we are in right now.’ 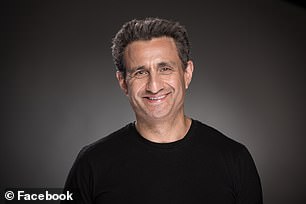 This month, the company announced the forwarding limit was going global.

‘Limiting forwarding is an effective way to slow the spread of viral misinformation and harmful content that has the potential to cause real world harm,’ Jay Sullivan, director of product management for privacy and safety, wrote in a September 3 blog post.

He singled out the COVID-19 pandemic and upcoming elections in the U.S. and New Zealand as ripe for disinformation.

The five-forward limit helps ‘curb the efforts of those looking to cause chaos, sow uncertainty or inadvertently undermine accurate information,’ he said. 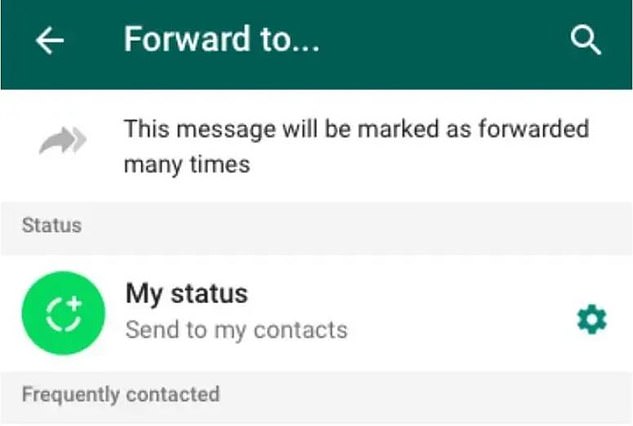 Messages that have been shared more that five times on WhatsApp will be flagged with two arrows . In April, WhatsApp limited popular messages to just one chat at a time

‘We want Messenger to be a safe and trustworthy platform to connect with friends and family. ‘

In April, the company announced it was limiting the number of times popular messages could be forwarded to just one chat at a time.

Users can still send a message to many accounts, but they must do so manually.

‘We believe it’s important to slow the spread of these messages down to keep WhatsApp a place for personal conversation,’ the company said.

In August, the company began testing a feature that lets its users inspect forwarded messages.

The ‘Search the Web’ feature is being trialed in the US, UK, Ireland, Brazil, Italy, Mexico and Spain.

It lets users do a quick Google search on dubious content by tapping a magnifying glass icon next to a message.

It’s not clear what the new limitation on Facebook Messenger will mean to the platform’s popularity.

WhatsApp’s five-forward limit led to a 25 percent decrease in total message forwards, according to the platform.