By James Pero For Dailymail.com and Associated Press

According to Facebook, Messenger Rooms can be created inside Facebook Messenger and can be shared on news feeds, or through different groups or events.

Once created, the rooms can host up to 50 people at a time regardless of whether they have a Facebook account. The company says there’s no limit on how long the rooms can remain open for.

Facebook says that whoever hosts the room will have control over who joins and will be able to lock or unlock the room at will. The host will also be able to remove any participant at any time.

‘We don’t view or listen to your calls, and the person who creates the room controls who can join, who sees the room, and if the room is locked or unlocked to new guests,’ Stan Chudnovsky, Facebook’s vice president of Messenger said in a statement.

‘The room creator must be present in order for the call to begin, and the creator can remove guests at any time.’

The new feature comes amid a surge in people turning to video chat technology as a means of staying in touch during lockdown, with Facebook reporting demand for video calling on Messenger and WhatsApp more than doubling in areas most affected by coronavirus.

Zoom emerged as one of the more popular platforms in recent months, though it has been marred by security issues which the company has addressed with an update to the software. 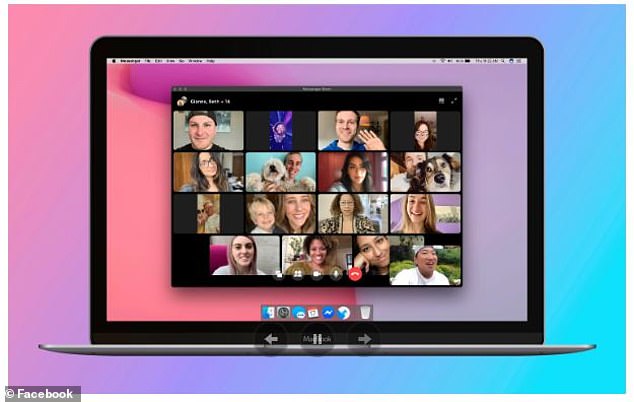 Among the problems has been ‘Zoombombing’, in which a stranger accesses a meeting uninvited and displays offensive material – in some cases child abuse footage, which the National Crime Agency (NCA) says it is investigating.

The NSPCC expressed concern about Facebook’s new offering, saying it should ‘not rush into this without guaranteeing the safety of children’.

Andy Burrows, head of child safety online policy at the National Society for the Prevention of Cruelty to Children, said:

‘Our research shows one in 10 children who have video chatted have been asked to remove clothes, so if Facebook are serious about safety being “top of the mind,” they must immediately set out how they intend to respond to the very real risk of sexual abuse.’