Facebook takes out ADVERTS to say sorry for data breach

Mark Zuckerberg has taken out full-page adverts in British newspapers this morning to apologise for the ‘breach of trust’ which saw the details of 50 million Facebook users leaked to political campaigners.

The Facebook founder vowed to clamp down on allowing third parties access to data which can be sold on – although admitted he could not prevent other apps which had access to ‘large amount of data’.

It comes in the wake of a turbulent week for Facebook, which has seen more than £50 million wiped off the value of shares, after it emerged political consultancy firm Cambridge Analytica used data to target voters online.

Earlier this week, Zuckerberg appeared on CNN to apologise for the data breach on Facebook

Under a headline which read ‘we have a responsibility to protect your information. If we can’t, we don’t deserve it’, Facebook took full-page adverts in the Mail on Sunday, Sunday Times, Sunday Telegraph, Sunday Mirror, Sunday Express and the Observer today.

In the apology, the 33-year-old wrote: ‘You may have heard about a quiz app built by a university researched that leaked Facebook data of millions of people in 2014. This was a breach of trust, and I’m sorry we didn’t do more at the time. We’re now taking steps to make sure this doesn’t happen again. 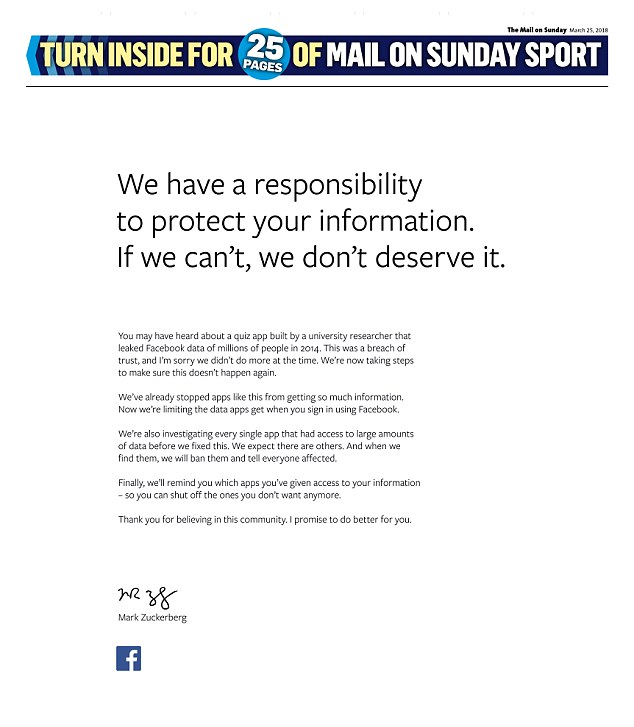 ‘We’re also investigating every single app that had access to large amounts of data before we fixed this. We expect there are others. And when we find them, we will ban them and tell everyone affected.

‘Finally, we’ll remind you which apps you’ve given access to your information – so you can shut off the ones you don’t want anymore.

‘Thank you for believing in this community. I promise to do better for you.’

The apology is formally signed off by the Facebook chief.

Facebook’s apology comes as Government officials moved in on Cambridge Analytica’s offices in London, taking vans full of evidence with them for further examination. 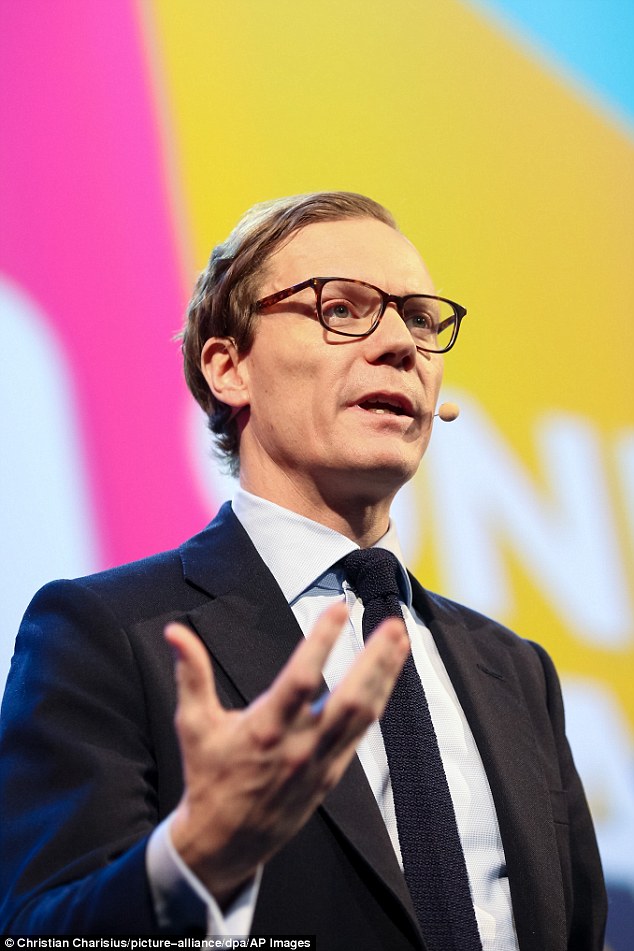 It took more than seven hours for investigators to comb through files, with paperwork and boxes of suspected evidence piled into the back of a transit van.

A spokesman for the ICO told MailOnline it would not comment where the files were being taken to but confirmed officers left the premises.

The spokesman said: ‘We will now need to assess and consider the evidence before deciding the next steps and coming to any conclusions.

‘This is one part of a larger investigation by the ICO into the use of personal data and analytics by political campaigns, parties, social media companies and other commercial actors.’