An Australia Post delivery driver has accidentally destroyed his own van while attempting to reverse out of a driveway.

Footage uploaded to the Sydney Name and Shame Facebook page on Friday shows a delivery driver use a driveway to turn around.

But as he pulls out of the drive way he fails to notice an inconspicuous metal pipe, which almost takes out the entire vehicle’s front bumper.

The small metal pole surprisingly destroys the left side of the vehicle’s bumper as the puzzled driver is seen exiting his van to evaluate the extent of the damage.

While the cost of the damage bill is unknown, the video has left social media users divided as to whether the delivery driver was at fault.

‘Typical expect nothing less. They belong on scooters nothing else,’ wrote one person. 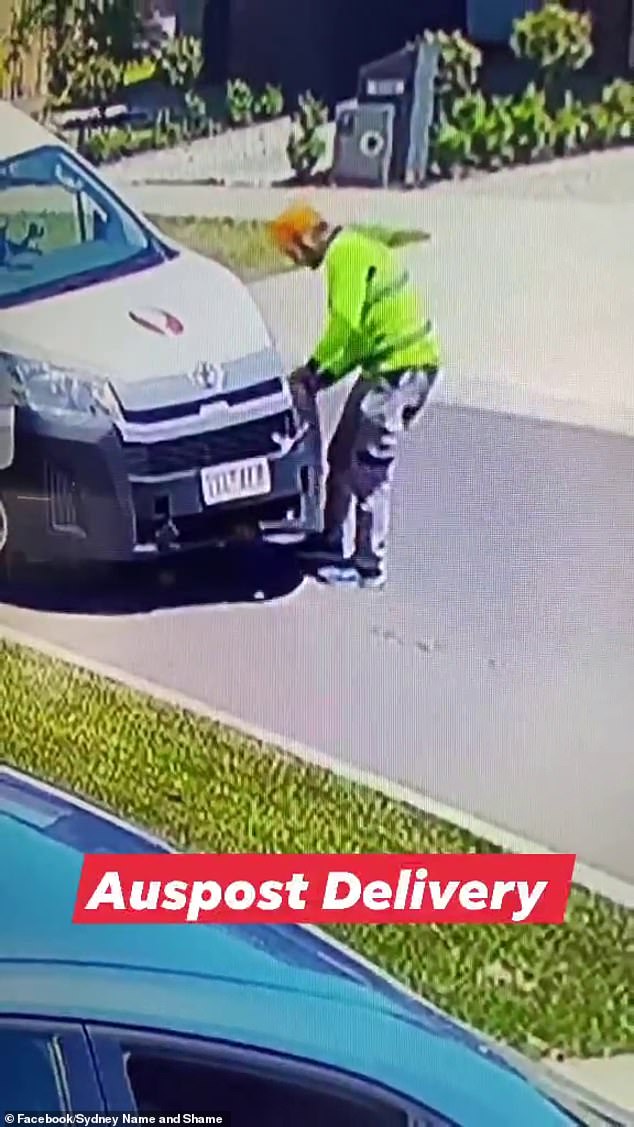 ‘What a clown,’ commented another.

Other Facebook users were quick to defend the driver, arguing the metal pipe should not have been placed near the driveway in the first place.

‘In his defence though, why was the pipe so close to the driveway and curb for? Just asking for it to happen at some point, be it owner or someone else,’ one person said.

‘Seriously what a stupid place to put a pole! This poor man is probably ran off his feet delivering mail for you all,’ said another.

‘The driver did nothing wrong, he had an accident. The idiot property owner should be fined for putting a star picket on public land causing danger. Imagine someone impaled themsleves, lawsuit!’ a third added.