Factory worker dies after workmate shoves an airline into his bottom

A factory worker died when a colleague who he had helped get a job allegedly shoved a compressed airline into his pants and opened the valve causing massive internal damage.

The victim was named only as Ravinder, 40, an employee at a plywood manufacturing plant in the village of Nangloi Jat, in the Union Territory of Delhi in northern India.

Local media report that Ravinder, who was often mocked for wearing tattered clothes, was attacked when he bent down to pick something up. 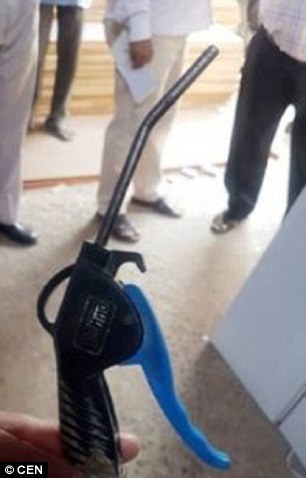 Ravinder, left, died after a colleague insrted a high-pressure airline into his backside and pulled the trigger causing massive internal damage

His colleague Anjan Misra is alleged to have inserted the air hose into Ravinder’s backside and turned it on.

The powerful air compressor was used at the factory to cut through blocks of wood.

After the attack, reported to have been met by gales of laughter from fellow workers, Ravinder is said to have stumbled and then collapsed.

Colleague Ram Kishan told local media: ‘We alerted the manager and took Ravinder to the local dispensary and then to a government hospital, where he died during treatment later in the day.’

Ravinder is reported to have died of internal haemorrhaging and organ damage.

It was also reported that Ravinder had helped Misra get his job at the factory two years ago, as they were both from the village of Arrah in the north-eastern Indian state of Bihar.

Police arrested Misra and are reportedly checking CCTV from the factory to see whether anyone else was involved. 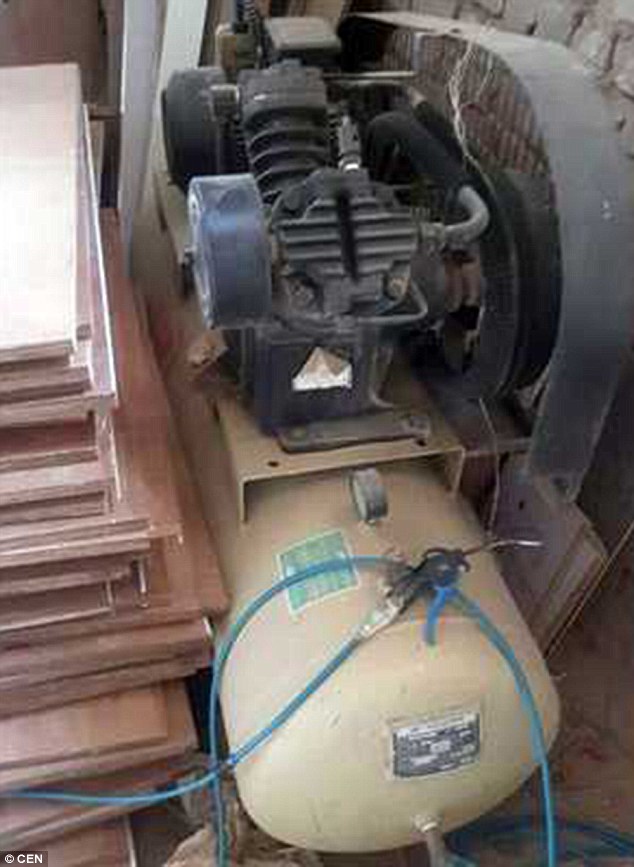 Ravidner bent over and was fatally injured when a colleague directed a high-pressure hose towards his backside, which caused massive internal injuries