The makers of a doll aimed at children as young as six have come under fire from social media users – because it asks youngsters to fix a face of ‘failed’ makeup.

The Failfix dolls, which are available online at Amazon and in-store at shops such as Smyths, Hamleys, the Entertainer and Tesco, are being criticised by onlookers who claim the toys could be sending a harmful message to young girls.

The toy’s premise is to get children to ‘fix’ a doll’s smudged makeup and get them ready for the day with quotes included in the packaging exclaiming: ‘Nuh-uh, I can’t be seen like this’ and ‘My cutie buns are botched and my make-up is a flop’. 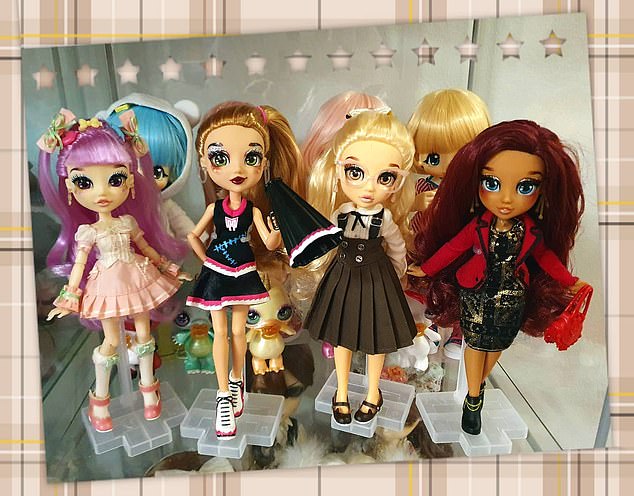 The dolls, mostly played with by young girls, have raised questions over whether focusing on makeup is sending the right message

A pampering face mask is then applied to the doll which removes the unruly makeup.

‘It’s about time toy manufacturers and retailers woke up and dragged themselves out of the dark ages.’

A spokesperson forCreated by Australian company, Moose toys, previously denied that the toys suggested beauty and failure were linked, saying: ‘Moose Toys most certainly do not create toys with a view to discriminate against or stereotype anyone.

‘FailFix is all about the transformation of a failed makeover not a failed person.’

Despite this, many parents have been quick to reveal their disgust at the messaging on Twitter, while others couldn’t see a problem with the toy. 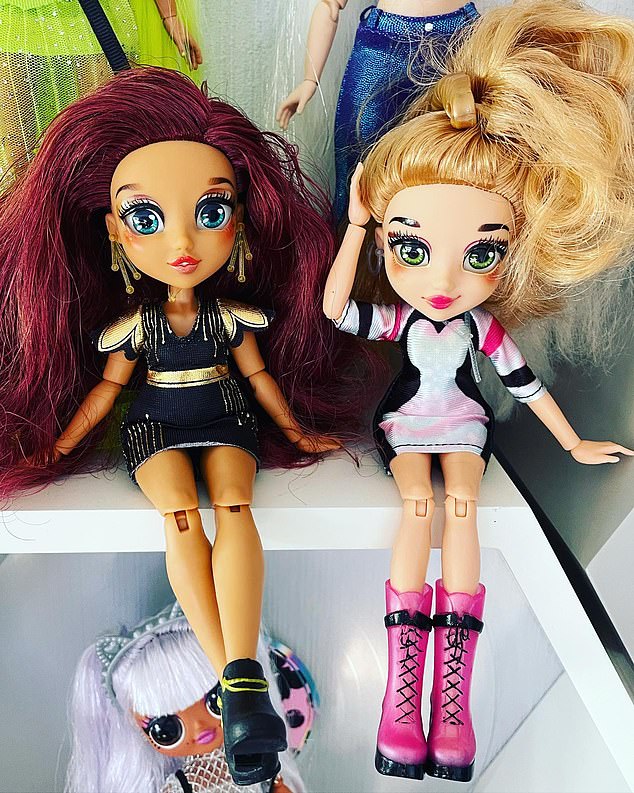 Earlier this year, parents raged against the brand. One person wrote, ‘Hideous message that these are giving to our little girls (not that boys aren’t paying attention either, just that girls are obviously the primary target!) ‘Hey girls, if you don’t try hard enough, you’re failing to be pretty!”

Another agreed saying, ‘Well that’s something I can’t unsee. Who the hell thought that was an ok idea? And how many focus groups did it get through?!’

A third person wrote, ‘For goodness sake, and what makes you even sadder is that there are people, especially mothers, that will buy this c**p. I wonder if any women were complicit in the terrible design of this…so disappointing.’

Another parents voiced their dislike saying: ‘Just horrendous! Fortunately my kids didn’t get into playing with dolls at all never mind ones like this. There really should be some sort of monitoring going on- who comes up with the pitch for these?!’

A few others, however, saw a more innocent side to the dolls’ messaging.

One person wrote, ‘No the dolls had a bad makeup day and need help fixing it. the ‘fail faces’ are not ugly, just flustered, upset and silly ‘eek i messed up my makeup how am i going to make it to the party! someone help!!’ faces Message?: It’s okay to mess up + ask for help; always brush your hair’

Meanwhile another person said, ‘It’s fixing a bad makeup day. You help the characters get ready in the morning. What’s the issue.’