Is this why Covid keeps spreading in Sydney’s west? Testing centre sits empty in a stark contrast to the scenes in Bondi where thousands queued to 10pm to get a swab

Testing centres in Sydney’s west were near-deserted on Friday morning in stark contrast to the long late-night queues to get swabbed in the eastern suburbs at the beginning of the city’s Covid-19 outbreak.

Of the outbreak’s latest 38 cases, 21 were found in the city’s south-west as transmission of the highly-contagious Delta strain shifted away from the eastern suburbs where the outbreak began last month.

Police patrols are meanwhile being ramped up in Sydney’s south-west to ‘ensure compliance’ with the city’s strict stay-at-home three-week lockdown.

Only a few cars though could be seen at the drive-through testing centre at Club Marconi in Bossley Park – a suburb designated high-risk in the Fairfield LGA – at 8am, 30 minutes before it opened.

There were also no residents waiting to get swabbed at the Fairfield Hospital walk-in testing centre half an hour after the doors to the clinic opened at 8.30am.

By comparison, long lines of motorists were seen queueing at the Bondi Beach drive-through testing centre until as late as 10pm on June 16. 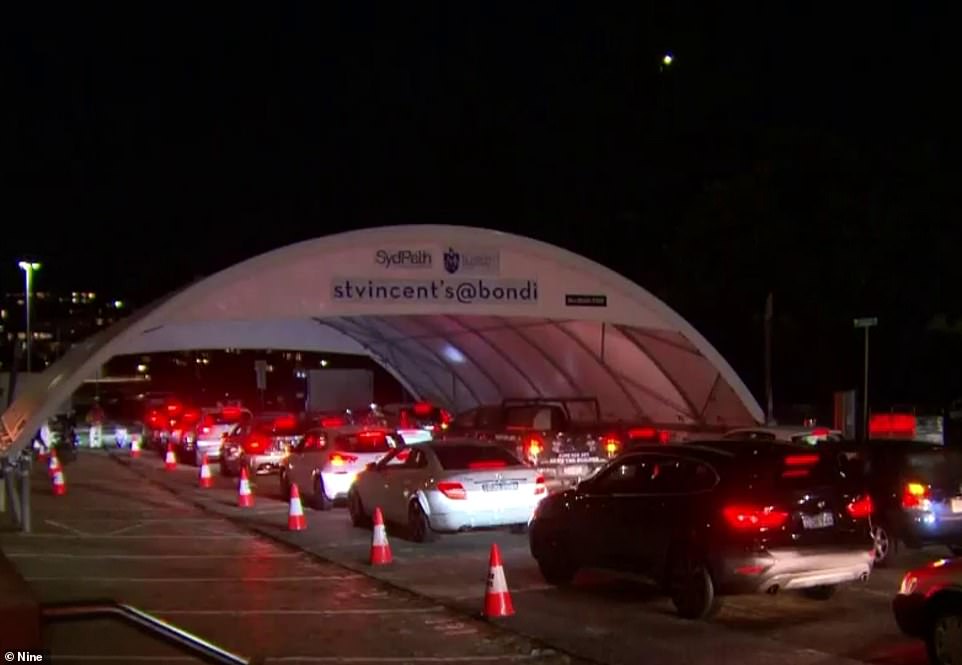 By comparison, there were long lines at the Bondi drive-through testing clinic on the evening of June 16 after the outbreak began in the eastern suburbs. The testing centre was open until 10pm that night

Confirmation of the outbreak’s ‘patient zero’ that day – an airport limousine driver who transported international flight crews – led to the centre extending its opening hours from 4pm to 10pm to accomodate the surge.

Photos showed dozens of motorists lining up in the darkness that night to find out if they too had contracted Covid-19.

The epicentre suburbs in the city’s west and southwest are home to large migrant populations.

Fairfield Mayor Frank Carbone said on Friday morning his electorate ‘feel like they have been mistreated’.

‘[Lockdown enforcement] should be the same rule for everybody,’ he told the Today show. 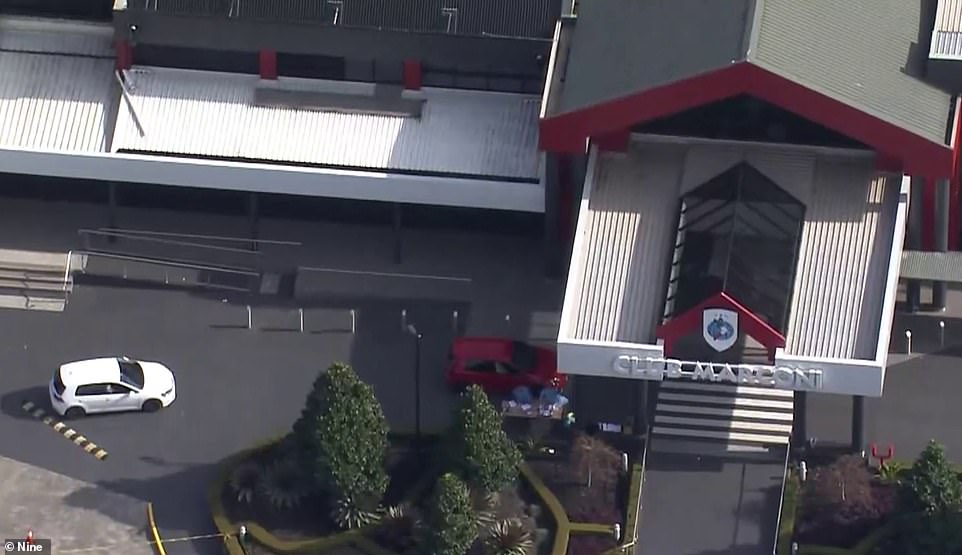 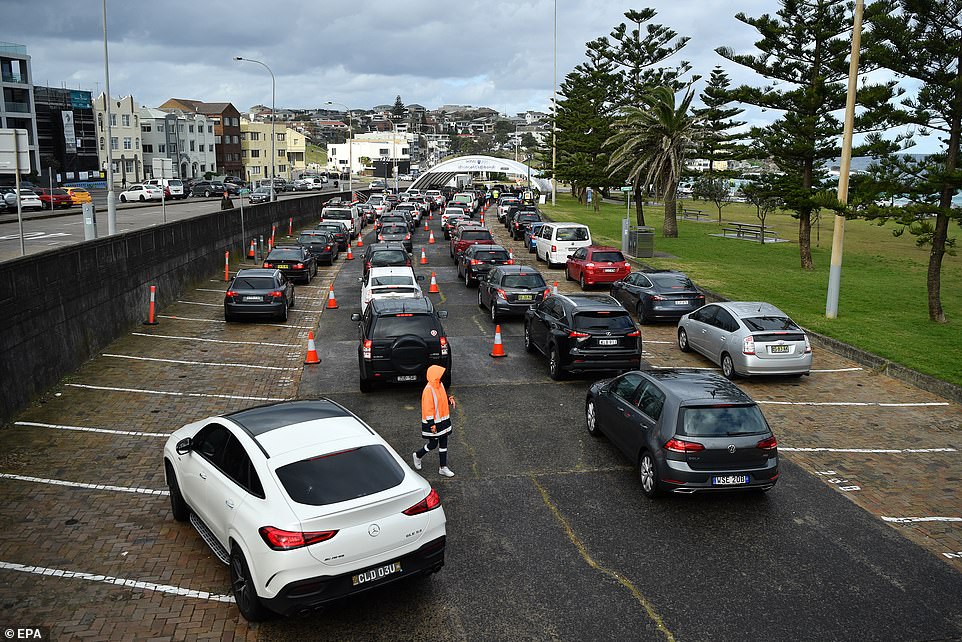 ‘This narrative about dividing the city is really poor, I’ve got to say, and it really shows a misunderstanding of the communities out here at western Sydney.

‘We are not the wild west, we are the working west.’

‘People want a hand that lifts them up and I think there’s been a real poor narrative when it comes to this.’

However Mr Lanyon said the move was only ‘about enforcing the health order’. 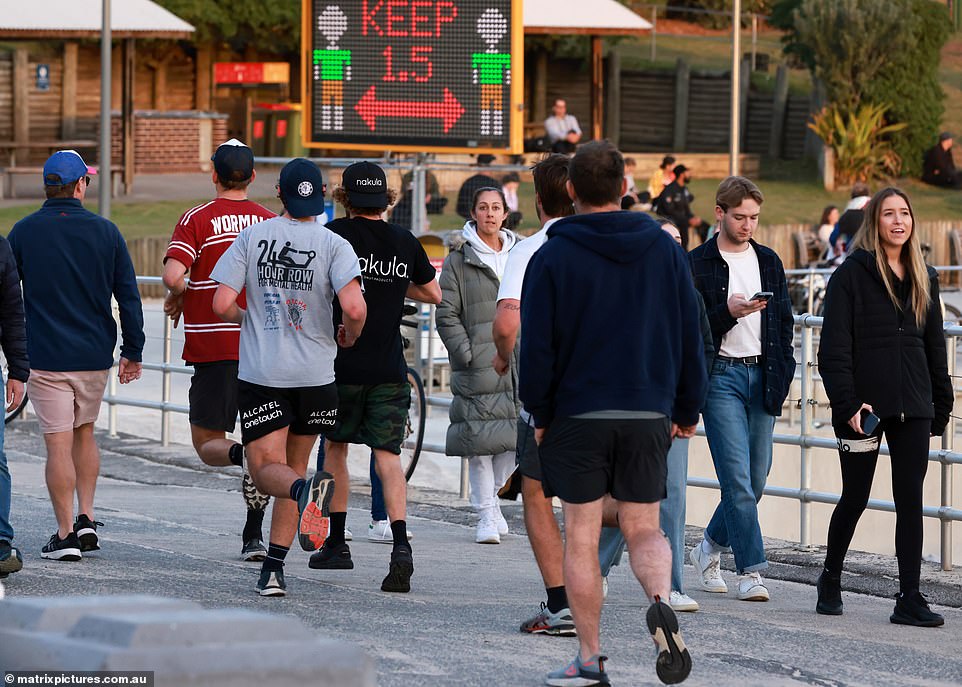 Sydney is pictured under lockdown restrictions at North Bondi. Long queues for testing were seen in Bondi after confirmation of the outbreak’s ‘patient zero’ case on June 16

He said the heightened police enforcement was not meant to be heavy-handed.

Premier Gladys Berejiklian had on Thursday denied she was ‘singling out’ certain groups by stepping up the police presence in the area. 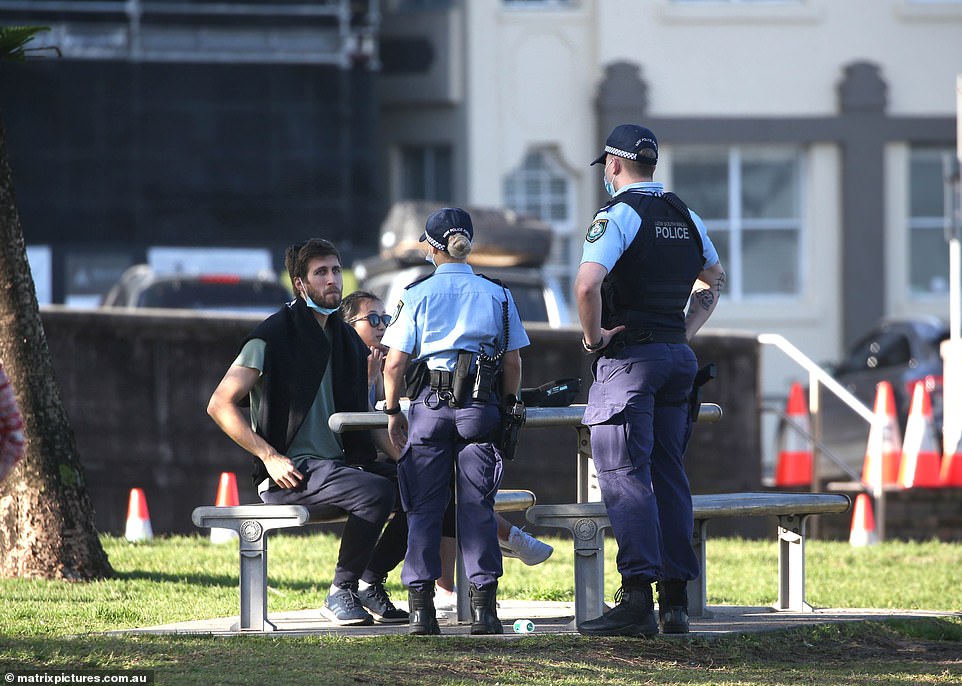 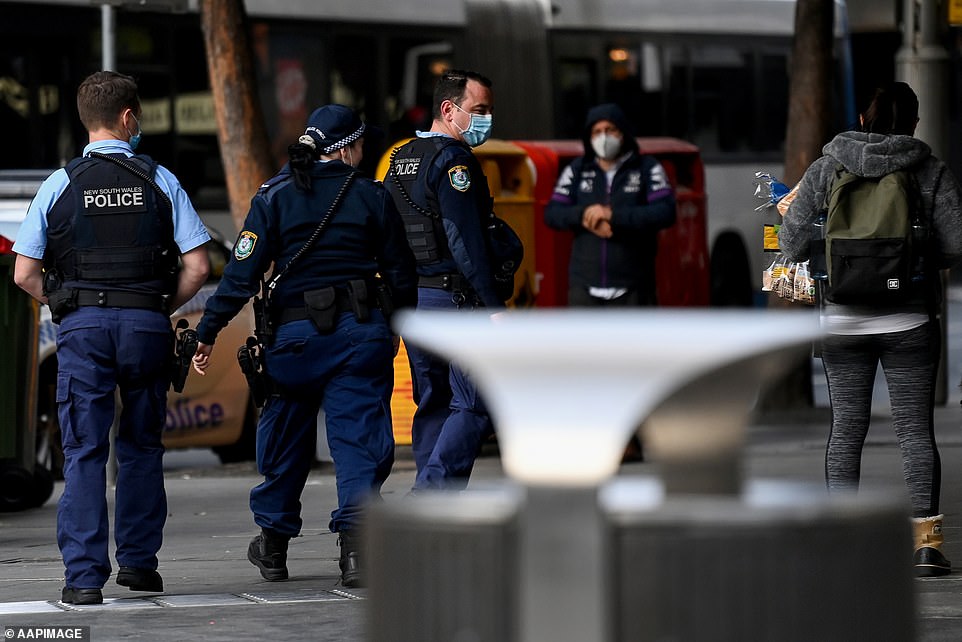 Police will ramp up their patrols of Sydney’s south-west from Friday, with 100 extra officers stationed in the suburbs (pictured, police patrolling Sydney on Thursday)

NSW chief health officer Dr Kerry Chant meanwhile said she is concerned about the surge in unlinked infections, which had already ‘broken containment lines’ in the south-west.

‘We are finding more unlinked cases now, where as early on it was very linked,’ she told the Daily Telegraph.

Dr Chant said the drive towards zero community transmission will continue as the vaccine rollout finally begins to ramp up, signalling an extension of lockdown, but that attitudes towards the spread could change when enough people were vaccinated.