‘Like a raging hell’: Fairytale wedding turns into a nightmare when ’40 teenage girls’ gatecrash the ceremony as the bride and groom enjoyed their first dance – before police storm in and pepper spray the NEWLYWEDS

A couple’s dream wedding plunged into chaos when up to 40 teenage girls gatecrashed the reception before police stormed in and fired pepper spray, temporarily blinding the newlyweds and their guests.

Kareem and Hiba had just enjoyed their first dance when the revellers, who had been kicked out of a nearby party at a AirBnb rental, headed to the reception in Brunswick, Melbourne’s north, just after midnight on July 20.

The youths stormed into the Almina function centre swearing and screaming, sparking a violent clash between guests and the gatecrashes, police said.

Dozens of officers rushed to the scene, placed Sydney Road in lockdown – and used pepper spray in an attempt to end the chaos.

‘Look at the bride, look at the groom… pepper sprayed for no reason,’ a woman filming outside was heard saying.

Hiba, the bride, said what was meant to be her special day turned into the ‘worst night’ of her life.

‘The wedding was like going from such happiness and excitement and so much fun to – it was like hell,’ she told A Current Affair.

Both the bride and groom, who didn’t want their last names revealed, said children and elderly guests were among those who were hit with pepper spray.

The child had to be treated by paramedics. 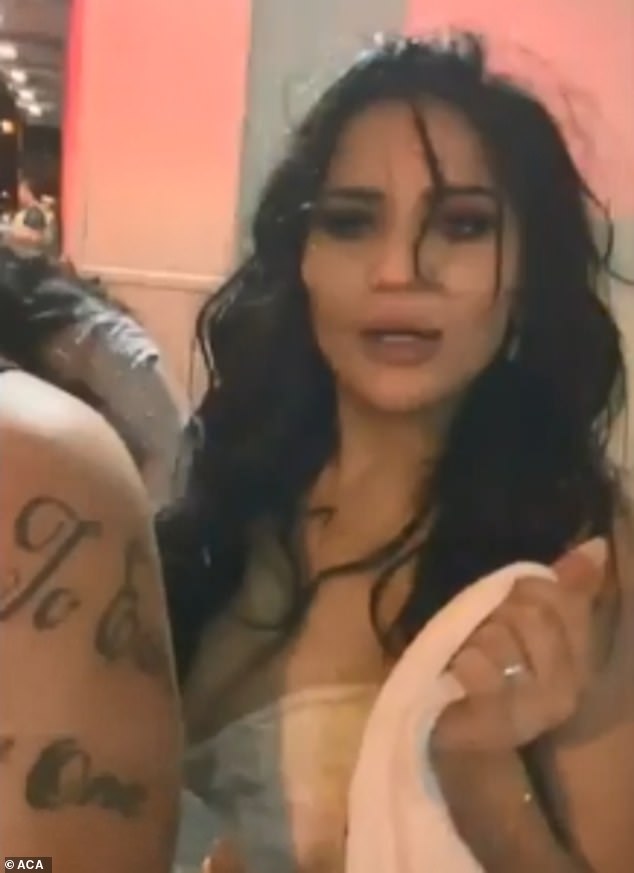 ‘Look at the bride (pictured), look at the groom… pepper sprayed for no reason,’ a woman filming outside was heard saying

Hiba’s 62-year-old mother, Douha, has taken several trips to hospital and has suffered from breathing difficulties since the incident.

‘I thought my mother was going to die,’ Hiba said.

Several guests could be heard screaming in agony and were seen desperately washing their faces with water and saline.

‘To tell you the truth I thought I was going to die,’ Hiba said.

‘I don’t wish it upon anyone. It was the worst feeling.’

Kareem added: ‘Instead of tears of joy… they had tears of pain. 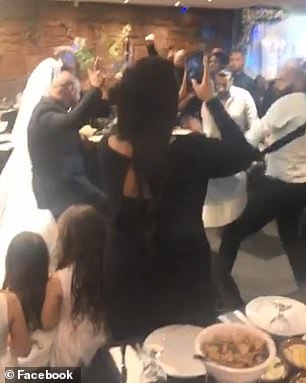 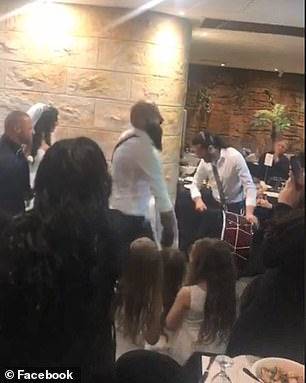 ‘Even though we’ve got beautiful memories in that wedding … I’ll always remember that joy and love until that part of that night.’

Jeremy King, the principal of law firm Robinson Gill lawyers, said the force police use needs to match the level of threat.

‘OC Spray is really serious stuff – I can’t emphasise that enough, and it can have really serious consequences on people, particularly if you’re elderly,’ he said.

Two 16-year-old girls among the group of gatecrashes were arrested and investigations are ongoing. 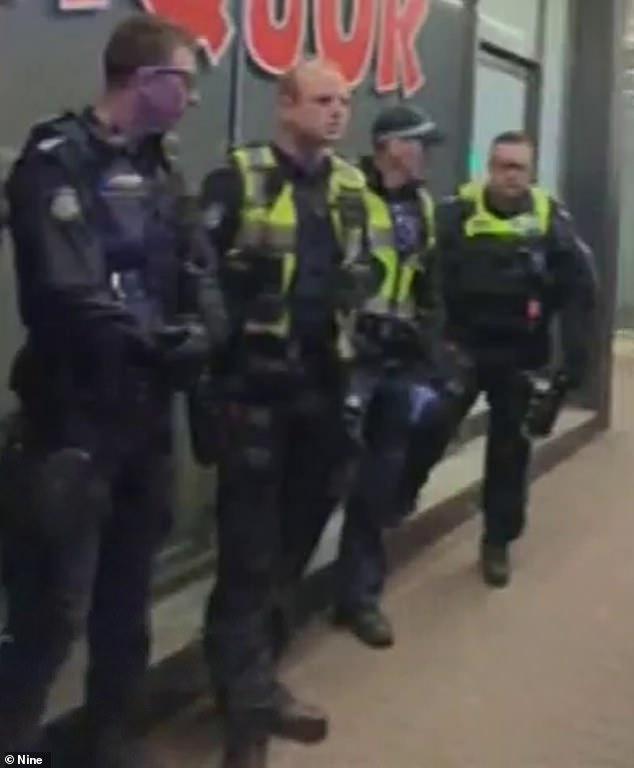 Dozens of police rushed to the scene and closed off the road in an attempt to catch the wild partygoers, causing the newlyweds’ reception to be disrupted