Fake fundraising campaign set up after girl, 17, tragically dies in horror crash that left her trapped inside a car before it burst into flames

By Jackson Barron and Isabelle Stackpool For Daily Mail Australia

A fake fundraising page was set up just hours after a New Zealand teenager died in a horror crash.

Her family and friends warned the public to not donate to the page, which was set up using the names of her immediate family.

One commenter said: ‘Fake page, DO NOT DONATE.’ 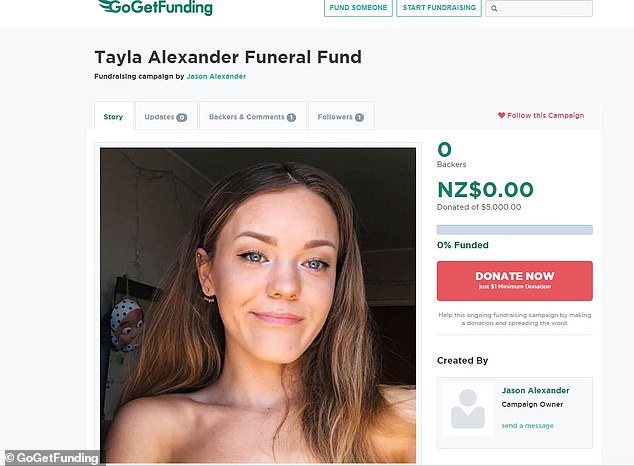 The Suburu hatchback the teen girl was in rolled down a bank and caught fire on Summit Road in Christchurch at 11pm on Wednesday.

The 17-year-old was in the car with three other teenagers, who were all injured in the smash and taken to Christchurch Hospital.

Friends have remembered Ms Alexander as a ‘beautiful’ girl taken too soon.

‘She put her heart on her sleeve,’ a friend who wished to remain anonymous told Stuff. ‘She was a beautiful girl and she’s going to be terribly missed.’

She said the community will be deeply saddened by Ms Alexander’s death.

‘I think that’s the hard thing about being from a small town, everyone knows everyone, so from this event so many people are going to [be] affected,’ she said.

Witness Kevin Clark noted the site of the crash is in a dangerous section of road on the Port Hills, near the Victoria Park car park and Dyers Pass Rd intersection. 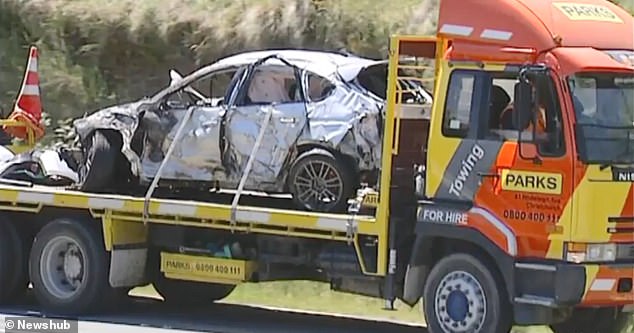 The 17-year-old was in the car with three other teenagers, who were all injured in the smash and taken to Christchurch Hospital. The wreck was removed from the scene on Thursday 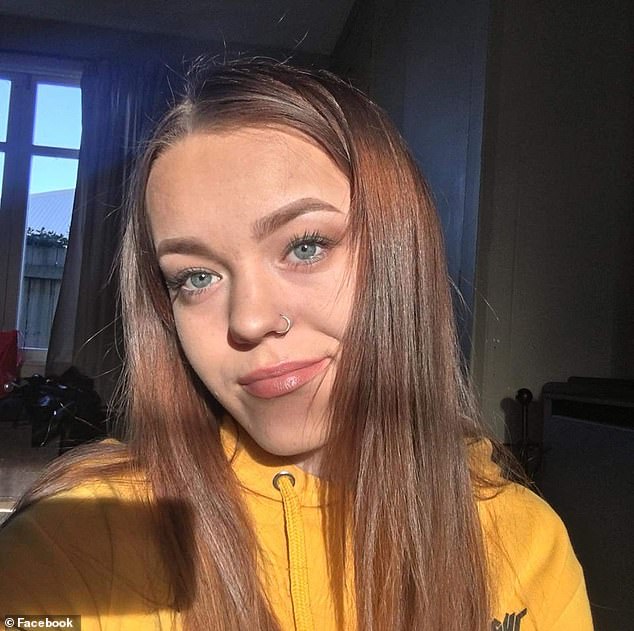 ‘It was right on that bend, it’s a horrible corner as it is,’ Mr Clark said. ‘I’ve always taken it stupidly slow because I’ve always thought people [will] go off it if they go too quick around it.’

Police have appealed for any witnesses of the crash or anyone who saw the manner in which they were driving to come forward.

There have been 303 deaths on New Zealand’s roads this year.