A fake taxi driver has been jailed after he tried to extort £220 from a Thai couple by locking them in his car and attacking the male passenger in central Paris.

Named as Enock C, the 25-year-old demanded the couple pay his ludicrous fee and when they refused he locked them inside as he drove around town.

Chakrid Thanhachartyothin and his wife wanted a cab to take them from Charles de Gaulle airport to their hotel in central Paris, which usually costs £40, on November 6.

In the heated exchange, Enock gesticulates aggressively saying: ‘You pay me 200 Euro! Pay me, pay me.’

The stunning scenery of central Paris is blighted by Enock C gesticulating aggressively and demanding, ‘You pay me 200 Euro!’ 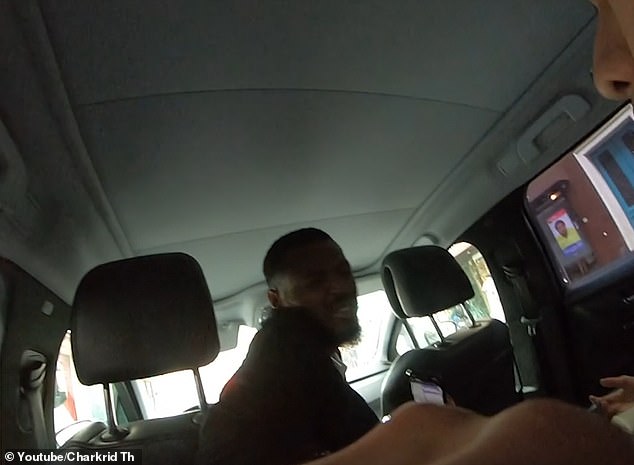 He repeats to Enock: ‘Stop and you put the luggage out.’

‘You hit us too just now,’ his wife says after the camera comes back from showing a black screen, ‘you just hit him.’

‘What?’ Enock replies, as the couple accuse him of hitting Mr Thanhachartyothin in the face.

The Haitian tells them he is the one who might go to the police because they are taking pictures of him which he objects to.

The couple paid Enock because they were so desperate to be rid of him and eventually got to their hotel in the Ninth Arrondissement, an elegant area known for its opera house and restaurants.

Mr Thanhachartyothin wrote on his YouTube channel on November 10: ‘We are now back to Bangkok.

‘One of our friend in Paris went to the Police Station for us today to report the case.’ 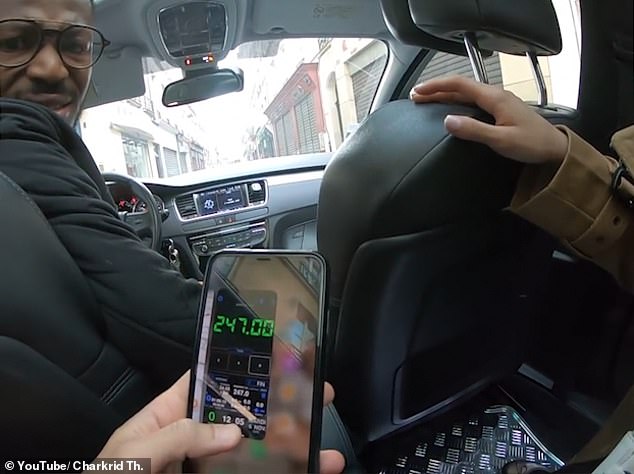 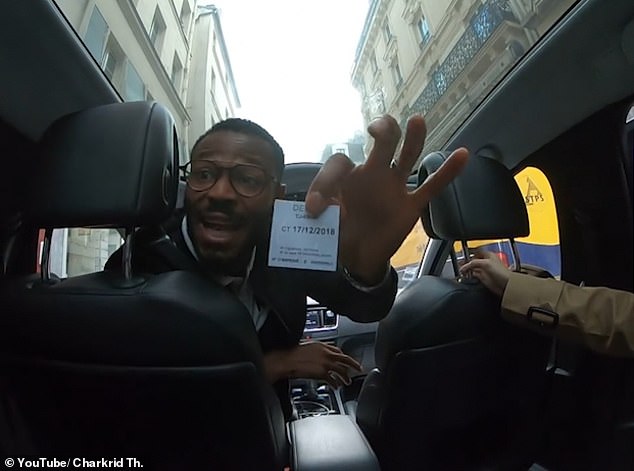 Le Parisien reported that Enock was captured by police on Tuesday and they found three vehicles, £320 cash and a fake Paris taxi permit at his address.

The investigation was carried out by Les Boers – a specialist unit of the Parisian police force to deal with the scourge of fake cabbies.

Enock was jailed for eight months for extortion by violence, threat or coercion, according to the Paris daily.