The fall last month that caused Justice Ruth Bader Ginsburg to fracture three ribs may have saved her life.

They were removed on Friday at Memorial Sloan Kettering Cancer Center in New York City and there is ‘no evidence of any remaining disease’, the Supreme Court press office said in a statement.

Doctors say that most lung cancer cases are caught at a much more advanced stage when there is no cure and that if the 85-year-old hadn’t fallen, she might have suffered the same fate. 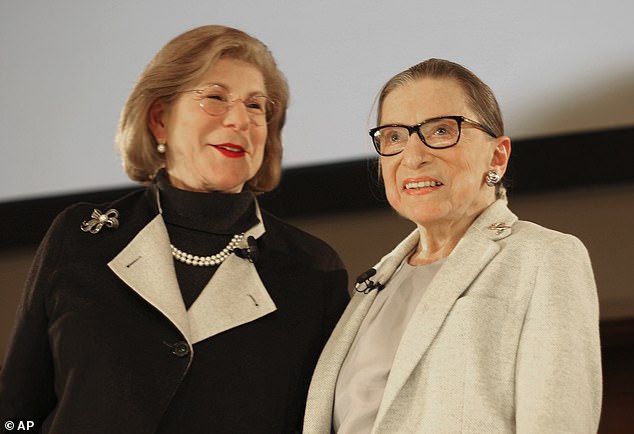 According to a press release, Ginsburg fell in her office at the Supreme Court on  Wednesday, November 7 and was hospitalized the next day.

NPR reported that it was while doctors were taking a CT scan of her ribs that they spotted an abnormality in one of the five lobes of her lung.

Dr John Heymach, chairman of thoracic, head and neck medical oncology at MD Anderson Cancer Center in Houston – who did not treat Ginsburg – told DailyMail.com that this is how many cancers are diagnosed.

‘For example, if a patient falls and has a CT scan or X-ray, the doctors are looking for something else and notice an abnormality and that’s usually how the cancer is caught,’ he said.

Dr Heymach said it’s most likely that one of the tumors is a primary lung cancer, meaning it originated in the lung, and the second is a satellite tumor that grew alongside it.

The procedure that Ginsburg underwent is called a pulmonary lobectomy, in which the cancerous part of the lung is removed as opposed to the entire organ.

This prevents the cancerous tissue from potentially spreading to the rest of the lung or throughout the body. 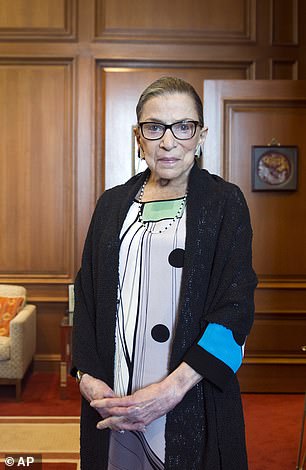 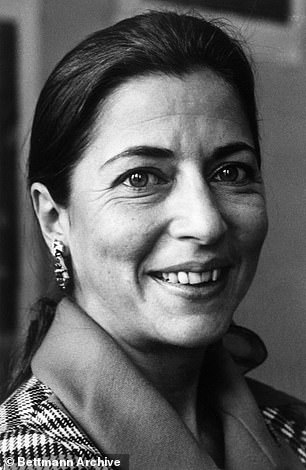 Lung cancer is the second most common cancer in men and women but only 16 percent are diagnosed in the early stages. When lung cancer has spread to other organs, the five-year survival rate is five percent. Pictured: Ginsburg in 2014, left, and in 1977, right 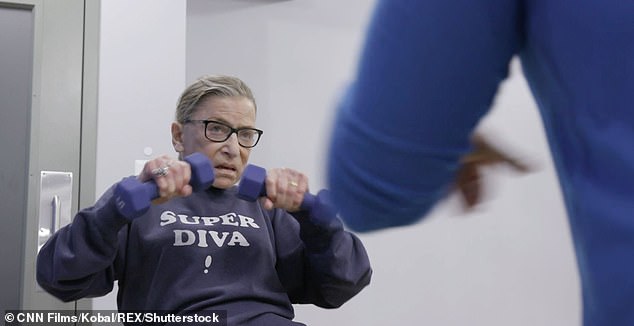 Dr John Heymach of MD Anderson Cancer Center in Houston says if the lung cancer had been caught after it presented symptoms, it’s much less likely it would have been cured. Pictured: Ginsburg works out with her personal trainer in the RBG documentary

‘Unfortunately, the problem is only a minority are diagnosed in the early stages. When it presents symptoms, it usually means it’s spread outside the lung.’

Lung cancer is the second most common cancer in men and women and the leading cause of cancer death.

More than 154,000 Americans are expected to die from lung cancer this year, which will account for 25 percent of all cancer deaths in 2018.

According to the American Cancer Society, more people die of lung cancer every year than colon, breast and prostate cancers combined.

If lung cancer is detected when it has not metastasized, the five-year survival is 56 percent.

However, a mere 16 percent of lung cancer cases are diagnosed during the early stages, according to the American Lung Association.

When lung cancer has spread to other organs, the five-year survival rate is five percent.

‘There’s a good possibility that scan for her ribs saved her life,’ Dr Heymach said.

‘If [the cancer] had grown to develop symptoms, it’s much more likely it wouldn’t have been cured.’ 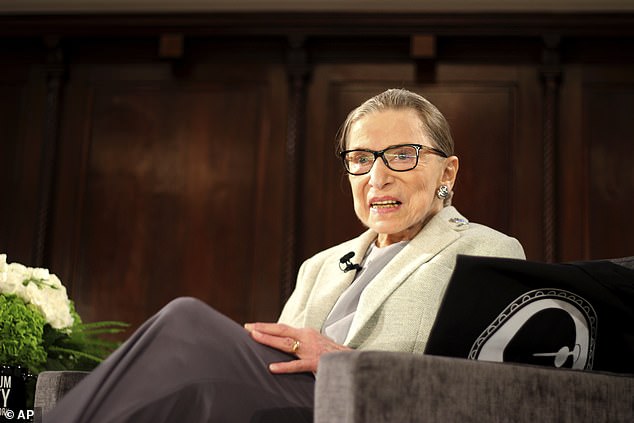 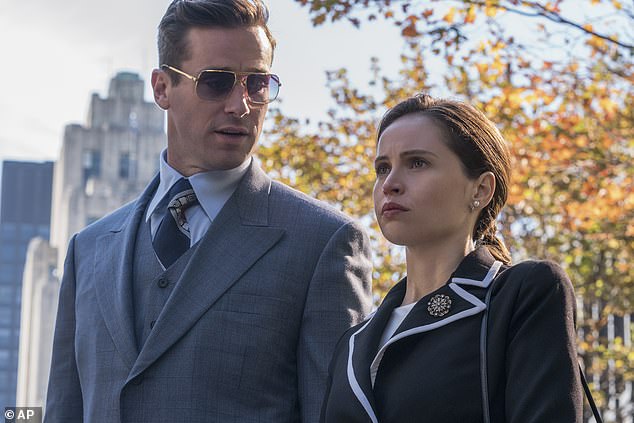 This is the justice’s third battle with cancer since then-President Bill Clinton appointed her to the bench in August 1993.

In 1999, Ginsburg underwent chemotherapy and radiation after she was diagnosed with colorectal cancer.

Then in 2009, she had surgery for early-stage pancreatic cancer, also at Memorial Sloan-Kettering Cancer Center.

In November 2014, she had a stent placed in her right coronary artery after she felt discomfort while exercising with her personal trainer.

Throughout her 25 years of service, Ginsburg has yet to miss a Supreme Court argument.

NBC Connecticut reported that from her hospital bed at Memorial Sloan Kettering, Ginsburg voted against the request of the Trump administration that restrictions be imposed to prevent migrants who crossed the US-Mexico border illegally from seeking asylum.

She has been given the nickname ‘The Notorious RBG’ – a reference to the late rapper The Notorious BIG – and is the subject of a new film On the Basis of Sex, which opened on Christmas Day.

Dr Heymach says that the general public could learn a great deal from Ginsburg’s case.

‘If you do get an X-ray and are told there’s an abnormality, follow up on it because lots of people don’t,’ he said.

‘Second is that this highlights that there are many who could benefit from get screenings early such as those who have a history of smoking even if they quit a long time ago.’