This is the dramatic moment drinkers were showered with shards of glass after a rogue skittles pin flew from the table and smashed into a beer glass.

The CCTV footage, taken at the Highfields Inn in Cardiff, captures a group of four men as they watch a game of skittles while enjoying a pint at their local pub.

But moments after a ball is rolled by a competitor, the men are forced to duck when a pin flies from the table and smashes into an empty beer glass placed on a nearby ledge. 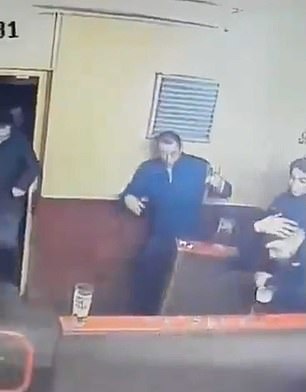 CCTV footage, taken at the Highfields Inn in Cardiff, captures the moment a rogue skittles pin flies from the table and smashes into a beer glass

One man covers his head with his arms as the pin soars into the air above him – and another jumps away from the scene.

Fellow spectators are then seen giving the area a cursory glance before swiftly turning their attention back to their pints.

The footage was posted to Twitter on Thursday alongside the caption: ‘Be careful when you play skittles in the Highfields.’

Another clip, filmed from a different angle inside the pub and posted by Jordan Perks, captures the moment before the unwitting spectators were forced to duck for cover. 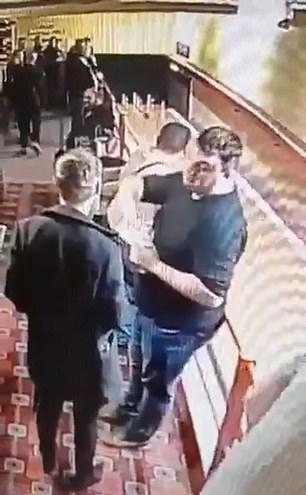 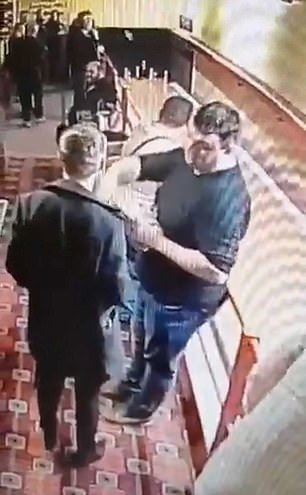 A second clip, taken from the end of the skittles lane, shows the pin soar through the air before colliding with the empty glass 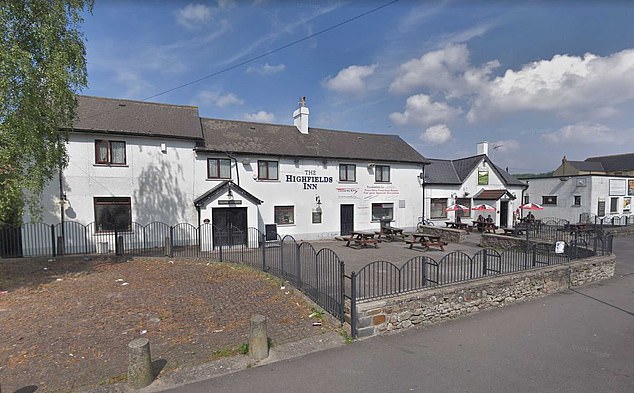 Pictured: The Highfields Inn in Cardiff, where the dramatic footage was captured on Thursday

They are seen casually sipping their drinks when suddenly the pin comes flying towards them.

Mr Perks is seen placing his hands protectively to his head as the glass smashes around him.

He posted the clip to Twitter with the caption: ‘Here’s the other view. When the pin attacked.’