Falls Festival has been cancelled in Tasmania because of coronavirus but organisers are hopeful it can still be held in other states.

It was announced on Tuesday the summer festival, held at Marion Bay for 17 years running, had been called off.

‘During these unprecedented times, and like most industries, we must adjust our business operations to allow us the best opportunity for long-term viability,’ organisers Sunset Sounds said in a statement.

‘To be clear this is not a goodbye, more a ‘See you soon’ to Tasmania.’

Falls Festival (pictured) has been running at the property in Marchweil, near Hobart, since 2003 in the lead up to New Year’s Eve 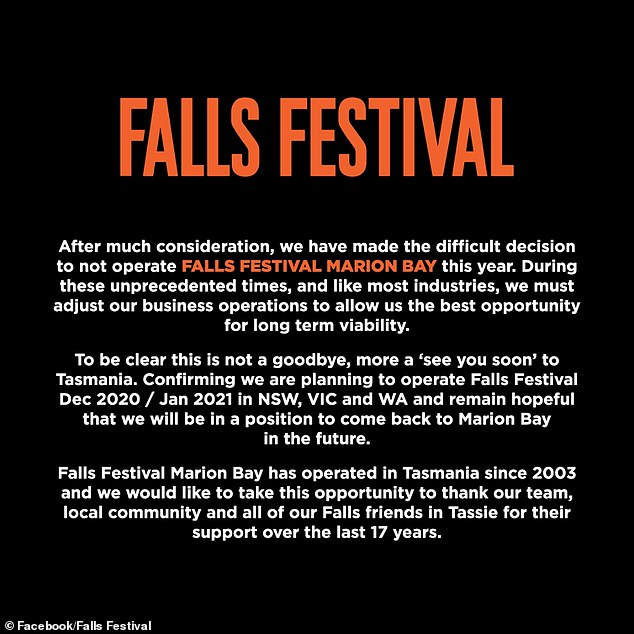 ‘After much consideration, we have made the difficult decision to not operate Falls Festival Marion Bay this year,’ organisers Secret Sounds said in a statement

Sunset Sounds said it was planning to hold Falls Festival this summer in NSW, Victoria and Western Australia and was hopeful of returning to Marion Bay in the near future.

Tasmania has been coronavirus-free for 59 days.

Heartbroken festival-goers vented their frustration on the event Facebook page. 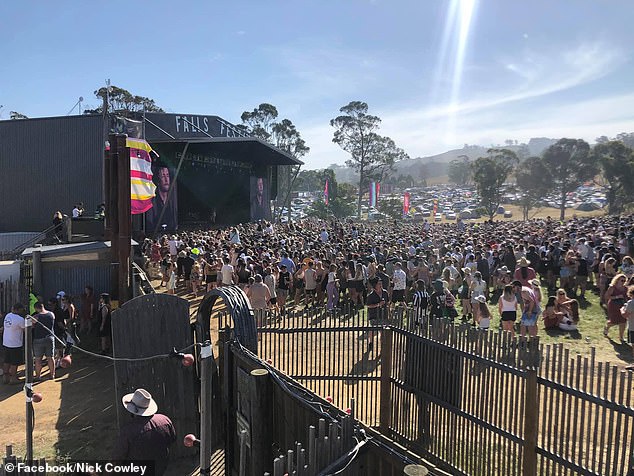 ‘They really be picking the second-wave-state Victoria over covid-free Tassie?’ another asked.

‘You just broke my heart,’ wrote someone else.

The organisers stressed that the event would not be cancelled forever.

‘To be clear this is not a goodbye, more a ‘see you soon’ to Tasmania … [We] remain hopeful that we will be in a position to come back to Marion Bay in the future.’