This is the moment a ball pit scuffle between children extended into a brawl between two families.

Mobile phone footage shows three adults argue then square off with a fourth woman, believed to be the mother of one of the children involved.

According to staff at the Wanda Plaza shopping centre in Neijiang City in China’s southern Sichuan Province, the disagreement started with two children in a ball pit themed after British TV series Octonauts. 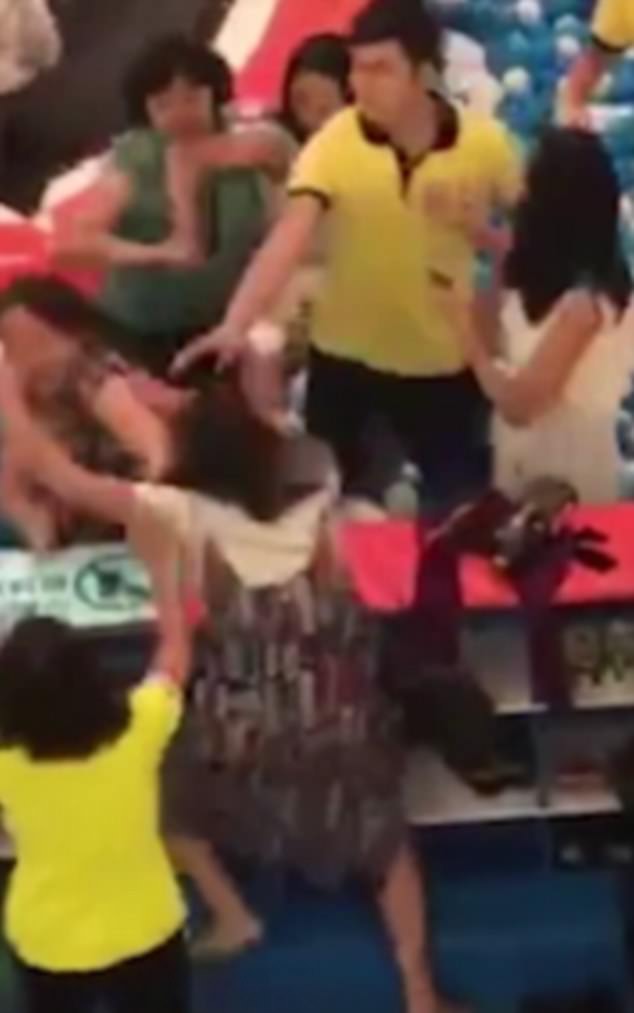 Fists flew between the families after one child burst into tears.

The clip shows how the families started out yelling at each other, with the mother clearly unfazed despite being outnumbered. 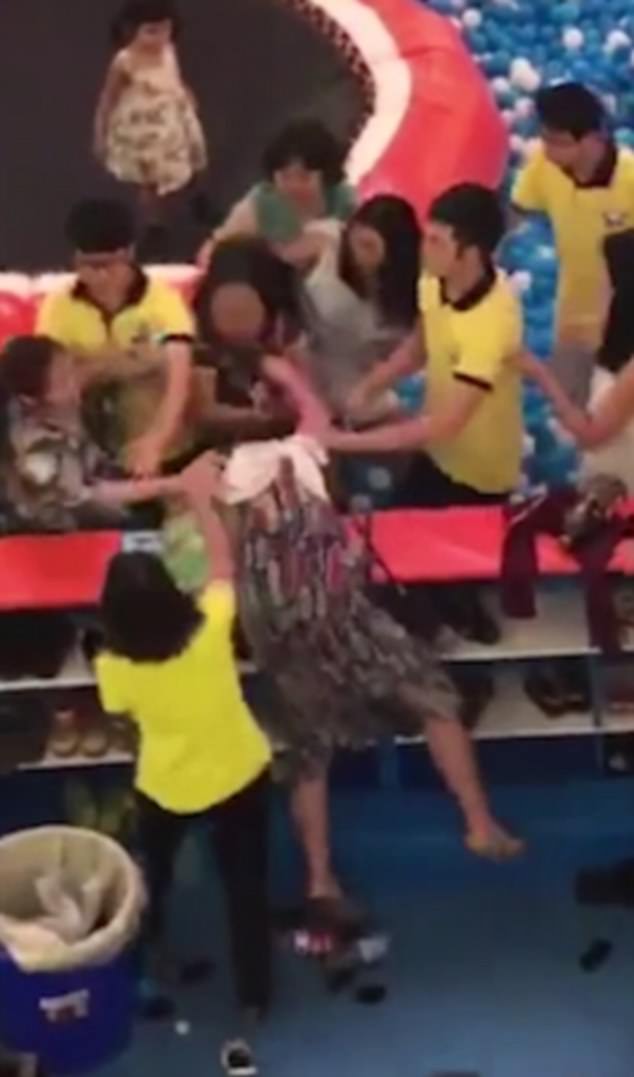 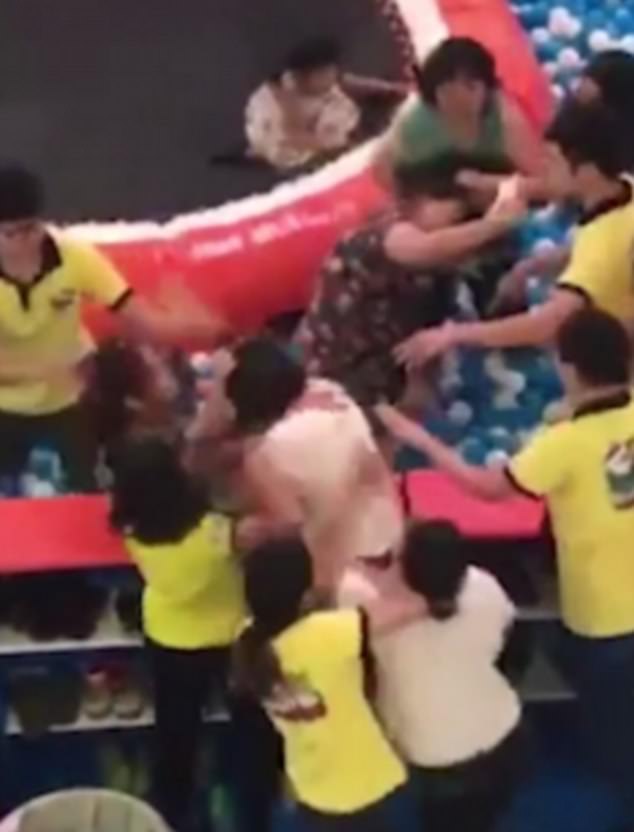 Hair-grabbing and fighting breaks out as shocked staff members are unable to separate them.

The lone mother’s top is ripped in half before being joined by her husband. 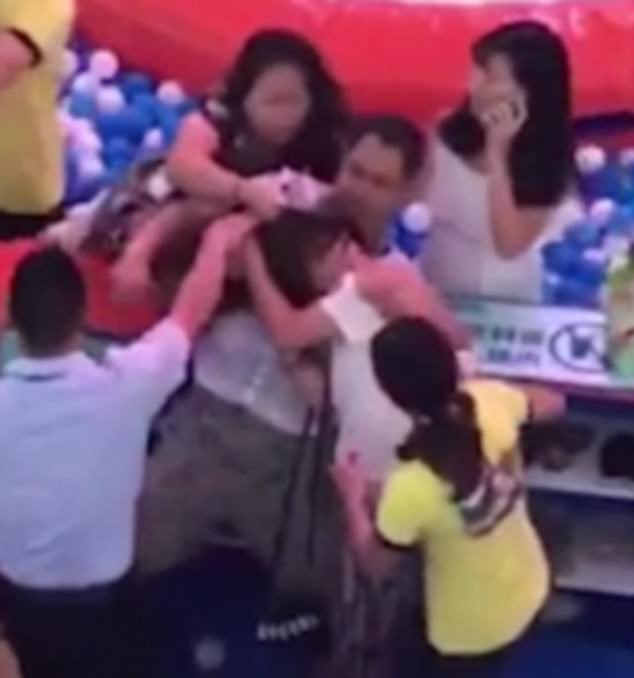 Neijiang City police were called and both parties were detained for investigation.

Wanda Plaza is one of the businesses under Wanda Group, owned by one of China’s richest men, 62-year-old Wang Jianlin.