‘He is a dog, so put him down like one’: Families of two murdered cops – a 35-year veteran and a new mom – tell their killer to ‘rot in hell’ as he is sentenced to death for gunning them down with an AR-15

A California man has been sentenced to death Friday for the ‘planned and calculated’ killings of two Palm Springs police officers during a standoff in 2016.

John Hernandez Felix gunned down Officers Jose ‘Gil’ Vega and Lesley Zerebny and injured several others using an AR-15 rifle when they responded to his home on a domestic violence call in 2016.

‘Mr. Felix, there’s not much I can say that hasn’t already been said,’ the judge said as Felix sat in silence.

‘Your calloused actions ruined many lives. I hope that what little was done here today will bring some peace to these families,’ the Desert Sun reported.

In 2018, Felix was found guilty of two counts of murder and six counts of attempted murder of the other officers.

They death penalty was recommended and he was sentenced to 368 years to life for the murders.

‘I hope he suffers,’ Zerebny’s sister, Britta Kling, said in court while asking the judge to uphold the jury’s recommendation, the Desert Sun reported.

She called Felix a dog and asked the judge to put him down like one. 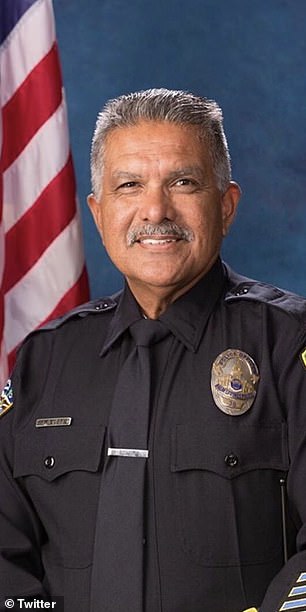 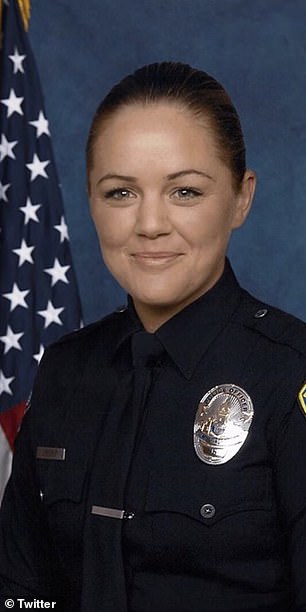 Jose Vega (left), 63, who had seven other children in addition to Vanessa, and fellow officer Lesley Zerebny, 27, were shot and killedin 2016 while responding to a call

‘You can’t sufficiently sentence him for what he has done,’ she said.

‘You’re gonna be sitting in that cage for a long time,’ Zerebny’s father, David Kling, told the killer. ‘My only message to you is, ‘I hope you burn in hell, Felix.”

Vega was a 35-year veteran who planned to retire within a year and Zerebny was a new mother. 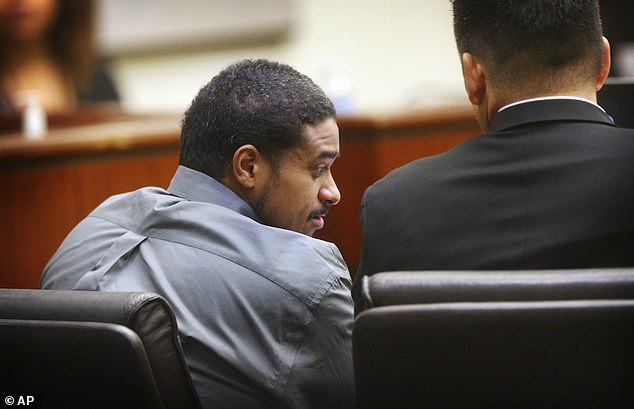 Felix shot the officers on October 8, 2016, when they responded to a domestic dispute. He fired 21 shots during a 12-hour standoff as he barricaded himself inside the home.

Vega, 63, was fatally shot along with fellow officer Zerebny, 27, who had just returned from maternity leave and had a four-month old daughter.

Vega left behind a wife and eight children, of which Vanessa is the youngest. He had plans to retire in December after 35 years in the force.

Vega was working overtime when he was killed.