Care homes have been ordered to allow grieving relatives a last chance to say goodbye to loved-ones before they die from coronavirus amid shocking reports of elderly victims dying alone.

Matt Hancock will reportedly outline new measures to allow compassionate visits to nursing homes and outlaw the blanket use of ‘do not resuscitate’ (DNR) plans, which staff claim they’ve been asked to routinely sign during the crisis.

Families have complained of having to say their last goodbyes over Skype or from outside buildings as facilities do not want them to enter because of the infection risk.

His intervention came amid fears that the death toll in care homes in England and Wales is 20 times higher than the reported 217.  Industry figures say the true count is much closer 4,000 since the outbreak started.

According to the Evening Standard, Mr Hancock will use the daily press conference this evening to say that ‘everyone has a right to say goodbye’ and that ‘wanting to be with someone you love at the end of their life is one most human instincts there is’.

‘Coronavirus has made this much more difficult, and I’ve heard heart-breaking stories of people dying without a loved one nearby.

Care minister Helen Whately was blasted today for sniggering in a car crash TV interview as it was revealed a ‘hidden epidemic’ of coronavirus in nursing and old-people’s homes may have cost 4,000 lives.

She was taken to task by Piers Morgan on Good Morning Britain as he grilled her over an exclusive report in the Daily Mail that deaths in care facilities are being hugely under-reported because of a lack of testing. 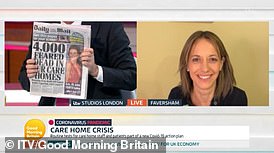 Mrs Whately, 43, the MP for Faversham and Mid Kent, was sent out to face the media this morning as anger and questions increased over the vulnerability of care home residents amid a lack of testing and personal protective equipment  (PPE) for staff.

Appearing on GMB she insisted that the Government has been working hard to tackle the crisis, but Piers insisted she answer questions about deaths in care homes, telling her he expected her to be working hard.

The host said: ‘Why are you laughing? What do you find funny about this?’

She said: ‘I don’t think it’s funny in the slightest.’

He responded: ‘Well why do you keep laughing then?’

Piers replied: ‘I literally just asked you is it true that 4,000 elderly people have died in hosp and all you can do is laugh what’s the matter with you?’

As she continued to insist she wasn’t laughing and asked Piers not to suggest she had been, he said: ‘We literally just saw you.’

But she said her laughter was a reaction to him showing her the front page of the newspaper, when she was unable to see him due to not having a screen visible showing the GMB host.

‘We are sensitively making sure we can limit the risk of infection while giving people’s closest loved ones the chance to properly say goodbye.’

The newspaper reported that guidance has been issued saying: ‘It is unacceptable for advance care plans, including Do Not Attempt Resuscitation orders, to applied in a blanket fashion to any group of people, and the CQC have been urgently contacting providers where this practice has been brought to their attention.

‘Everyone at risk of losing mental capacity or nearing the end of their life should be offered the opportunity and supported, if they wish, to develop advance care planning that make their wishes clear, and to make arrangements, such as lasting power of attorney for health and social care decisions, to put their affairs in order.’

Campaigners and MPs warned yesterday of an ‘unfolding horror’ that could end up with tens of thousands of forgotten victims.

Ministers face urgent calls to get a grip and get virus tests for all staff and residents with symptoms, more protection gear and a Cabinet minister to deal with the crisis.

This morning it was revealed eight people have died with suspected coronavirus at Green Heys Care Home in Waterloo, Merseyside.

Mark Adams, chief executive officer for Community Integrated Care, which runs the home said: ‘Whilst this is a devastating number, it may have been higher had it not been for the dedicated and selfless response of our team, who have exemplified the commitment, bravery and skill, that exists within the social care workforce.’

Health Secretary Matt Hancock last night pledged action on testing and is also expected to outline a plan to address the crisis in a social care strategy.

All care home residents and staff with symptoms of Covid-19 are to be tested as the Government faces a backlash over its handling of the growing crisis.

Social Care Minister Helen Whately told BBC Breakfast this morning: ‘We have been doing everything that we can to protect those really vulnerable people living in care homes or receiving care at home. 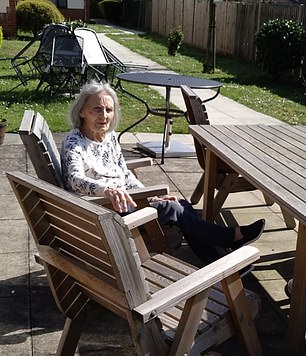 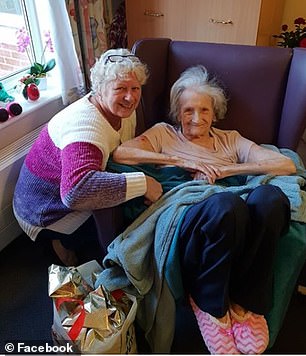 Chris Schmid told MailOnline his great aunt Isabel Francis, 94, passed away in Fieldway care home in Mitcham, South London on Friday, April 10. Debbie Cholwill said her mother, who had dementia and was living in a care home, passed away on April 10 after testing positive for coronavirus 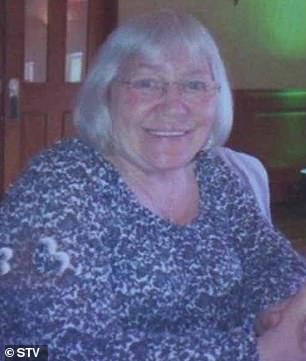 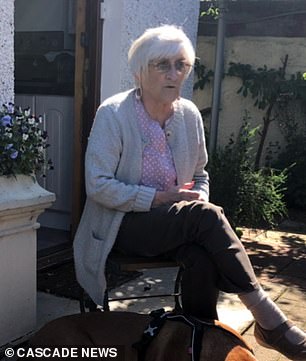 George Hillhouse’s 74-year-old mother, Helen Smith, died at Almond Court care home in Drumchapel, Glasgow, on Saturday. Mark Gordon fears his mother Susan (above), a 76-year-old terminally-ill cancer patient, is too weak to fight off coronavirus after contracting the infection while at a Tayside care home. He claims staff did not use PPE when dealing with patients

‘From the moment it looked like coronavirus was coming our way… we have been working really hard to do whatever we can to protect those receiving care from this truly awful, horrible illness.’

She added it had been ‘harder to get heard’ on social care issues than for the NHS and said the Government had ‘taken huge steps to get PPE out to the care sector’.

Care home operators complain they are being overlooked, with desperate short – ages of testing and staff safety equipment making it extremely hard to stop the dis – ease ravaging their sites.

Jeremy Richardson, chief executive of Four Seasons, which has 191 care homes across the UK, told the Guardian that the official figures ‘materially understated’ the crisis, adding: ‘From colleagues in the sector and in Four Seasons’ experience, it is closer to 60 per cent (infection rate).’