A devastated couple lost three children in three years after triple tragedy struck in Wales, an inquest has heard.

David Llewellyn, 25, was found dead at home in Bridgend in December last year, just seventeen days after the death of his step-sister Jessica Cowdery in November 2017.

Their deaths came just three years after Ms Cowdery’s sister Amy, 26, died of natural causes while she was three and a half months pregnant.

Parents Keith and Elaine Llewellyn endured double inquests this week as a court looked into the deaths of both David, known as Dai, and Jessica.

His father Keith, from Caerau, said Mr his son – who himself had a young son – was someone who ‘loved life too much’.

Dai Llewellyn was born in Tondu and was living in a bedsit in Tondu Road, Bridgend, at the time of his death, after recently being released from HM Prison Cardiff.

His father had said previously: ‘Dai was troubled. He had low esteem of himself.

‘But he was brought up to have a lot of care for people in his life.

‘He always had this insecurity when he left school and certain things happened in his life.’ 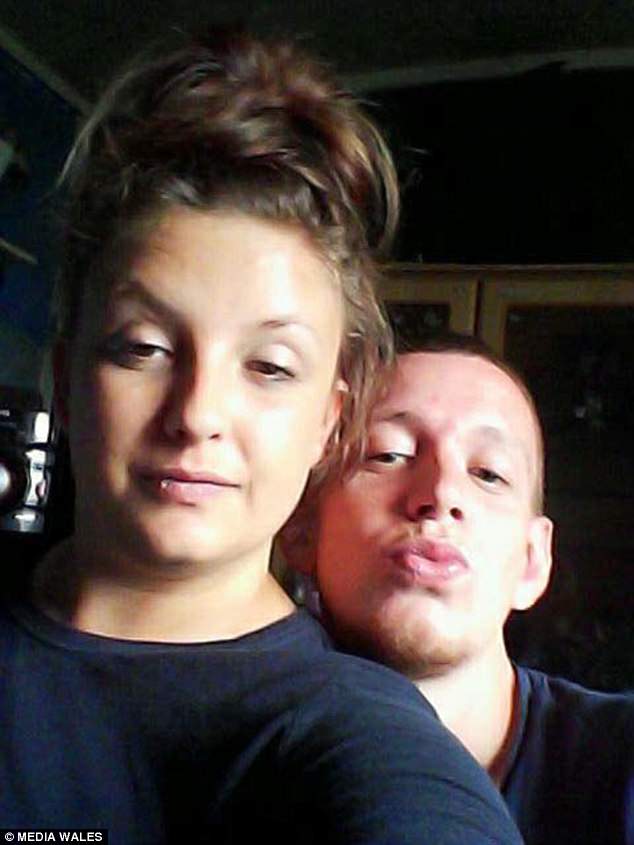 The inquest heard he had been drinking heavily with his girlfriend Amber Knight on the day he died.

A statement by Ms Knight read to the court said the 25-year-old was a ‘heavy drinker’ and would drink ’20 cans a day’.

After visiting various pubs on December 6 Ms Knight and Dai returned to his bedsit where they continued drinking.

Ms Knight said: ‘He wanted to fall asleep on the bed – he appeared quite drunk.’

She left the room to play video games but when she tried to return there was no response. After ‘shouting and banging’ on the door Ms Knight said she became concerned.

She later fell asleep in a common room and was later awoken to discover her boyfriend had been found dead by emergency services.

Ms Knight previously said: ‘He was my best friend and my lover and everyone’s heart [is] broken.’

A post-mortem examination concluded a cause of death of sudden and unexpected death in alcohol misuse and Mr Barkley gave a conclusion of natural causes. 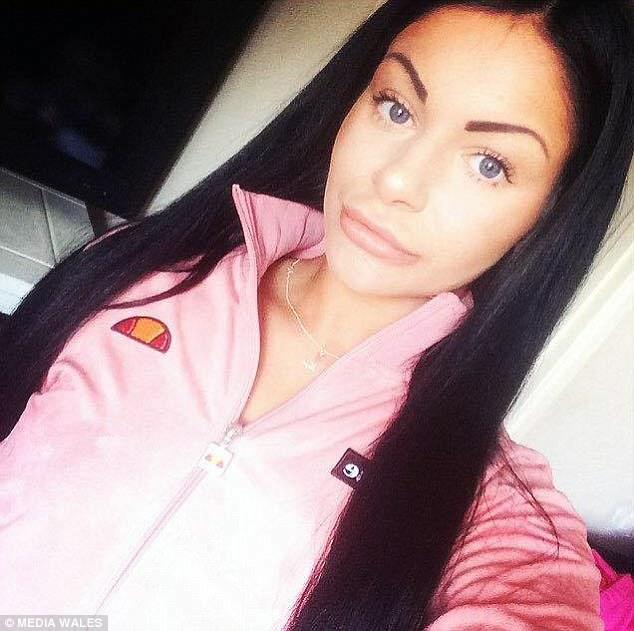 Jessica Cowdery died aged 26, three years after her pregnant sister died in Wales. The family have revealed how she struggled with anxiety and alcohol abuse 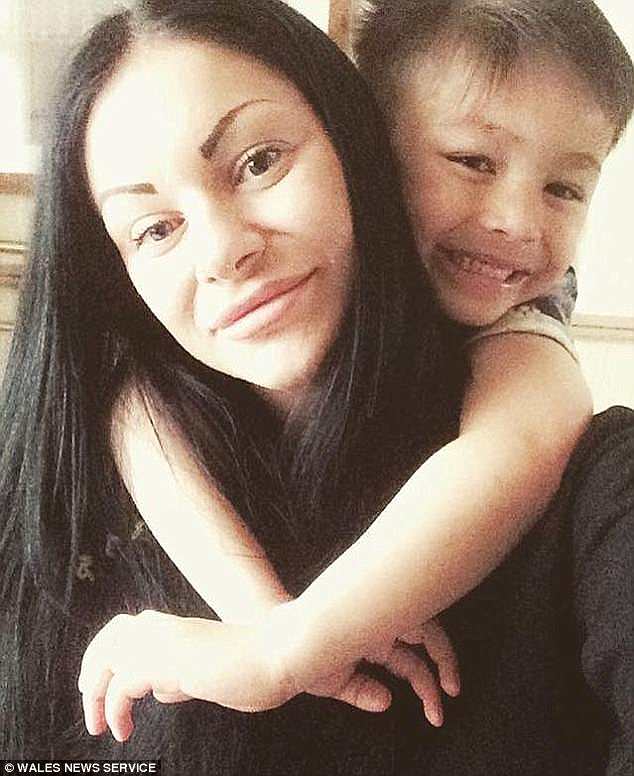 Jessica Cowdery, 26, sent her a friend photos of empty medication packets before paramedics found her unresponsive at home

In a statement read to the court mother Elaine Llewellyn said her daughter started having ‘mood swings’ from eight years of age.

She said: ‘She was a happy child. A bright girl. She did well at school.

‘When she was about eight years old I notice she would have mood swings. I didn’t think much of it.’

She was later diagnosed with type-two bipolar disorder and had previously taken overdoses of prescription medication and attended Alcoholics Anonymous.

Ms Chowdery died on November 22 last year, after she sent a message to her ex partner, with whom her six-year-old son lived, saying: ‘Will you let Leo know how much his mum loves him. Please, please.’

The inquest was told Ms Cowdery took an earlier overdose of prescription drugs which was put down as a ‘mistake’ and later took another overdose which left her on life support for five days.

In July last year Mrs Llewellyn took her daughter to the GP as she was concerned for her health and worried that ‘no-one was helping her’.

Mrs Llewellyn said: ‘Jessica did not cope well with the loss [of Amy]. She had a special bond with her.

‘She would drink heavily. She was found at her grave sat with a load of cans with her.’ 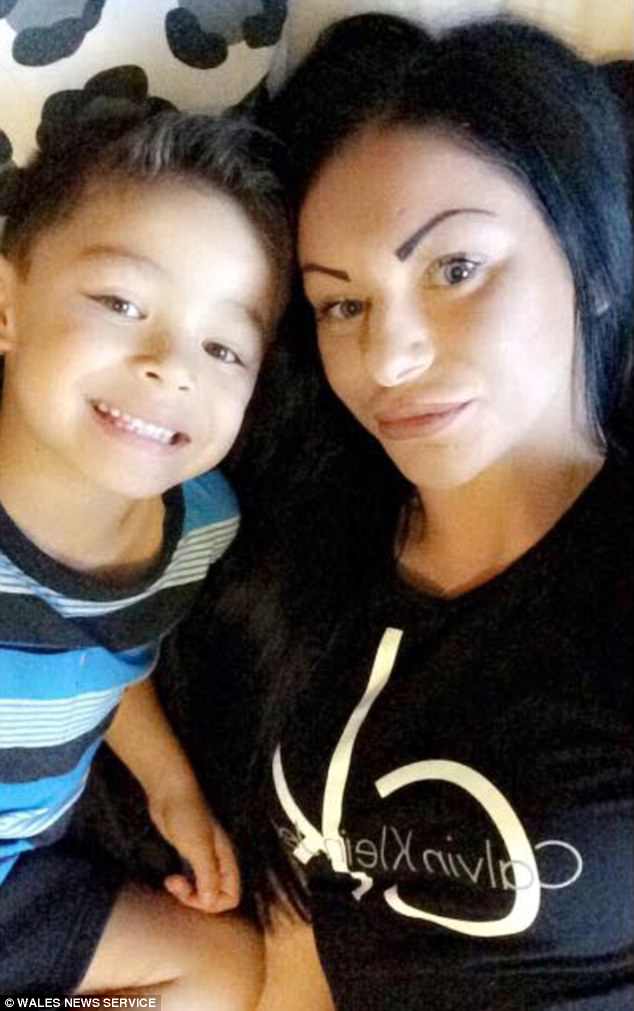 Jessica also text ex-boyfriend who had custody of their son, saying: ‘Will you let Leo know how much his mum loves him. Please, please.’

In the months before her death Ms Cowdery was seeing her son twice a week and Mrs Llewellyn said her daughter was ‘lonely’ and missed living with her son.

On the day of her death Ms Cowdery sent a friend images of empty medication packets and pills prompting another friend to visit her home. 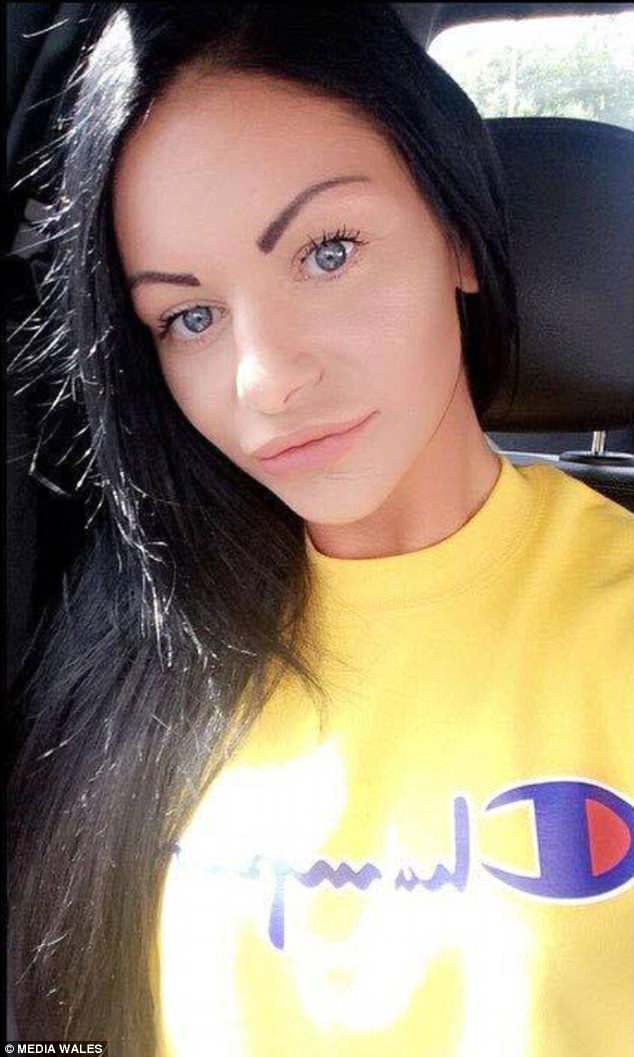 Ms Cowdery suffered from a number of issues inclduing bi-polar disorder. She texted her former boyfriend and asked him to tell her son she loved him, before she took an overdose

A post-mortem examination concluded Ms Cowdery died from poisoning due to a mix of prescription medication and alcohol..

For confidential support in the UK, call the Samaritans on 116123, visit a local Samaritans branch, or click here.