A family who helped salvage a struggling football club are fighting a bitter legal war after it emerged its once dilapidated stadium sits on land worth more than £10 million.

East Thurrock United’s Rookery Hill was falling apart when former player Ben Bennett, 68, and his family helped save the club in 2002.

The non-league club, which had just 109 members, was close to seeing its home in Corringham, Essex, repossessed as it struggled to cope with debts of more than £300,000 which it owed to a brewer.

But shortly after, with the help of businessman Wayne Bennett, his nephew Trevor Ford and his daughter’s ex-boyfriend, Simon Renoldi, the club kicked back into life.

Mr Ford got stuck into helping cut the grass and gave a hand behind the burger stand, while Mr Renoldi worked with the team and obtained sponsorship.

Wayne Bennett got his family involved, with his wife cooking in the kitchen and his daughters giving a helping hand on matchdays.

In the years that followed, Wayne, Mr Ford and Mr Renoldi’s involvement with the club ceased and it was registered in the name of Ben Bennett’s daughter, Dominique, 42.

But after Thames Gateway Project raised the prospect of a £10m-plus sale to developers, they four men are involved in a fight over the club at the High Court.

Ben Bennett claims he is the sole beneficial owner, while Wayne Bennett and Mr Ford each want 20 per cent. Mr Renoldi wants a 10 per cent stake, which could earn him £1 million, of the club.

Lawyers for Mr Ford, 58, and Mr Renoldi, 46, denied Ben Bennett’s claim that everything they did was out of ‘community spirit’. 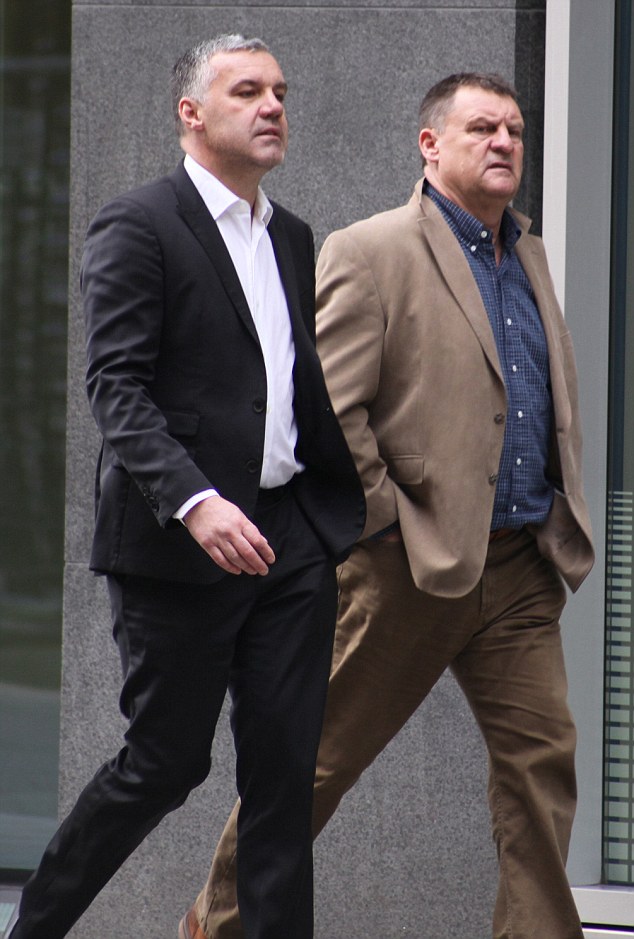 Their barrister, Stuart Hornett, told the court the pair had ‘dedicated a great deal of time, energy and resource’ into the club.

He added: ‘Mr Ford carried out or oversaw works of improvement and maintenance, tended to the grounds and pitch, supplied labour through his companies, supplied portacabins that generated an income, worked in the burger stand and club bar and made ad hoc cash payments to support the club.

‘The result of these efforts was a turnaround in the club’s fortunes. Membership, gate attendances and bar takings increased. The debt started to be paid down and the threat of possession was lifted.’

Ben Bennett and Mr Renoldi first discussed their plans while at the 2002 World Cup in Japan, the barrister added.

Their intention was that Ben Bennett would only own half of the club, but that was not put in writing, because that was ‘simply not the way they did business’, Mr Hornett claimed.

Wayne Bennett’s barrister, Rich Clegg, said: ‘Ben wanted to involve Trevor in the acquisition, to which Wayne was agreeable. They agreed between the three of them, orally, that they would together acquire the club and its grounds and run them as a business, each contributing to the costs and expenses of running and upgrading the club and its grounds, and using any profits in the first instance to pay off the Greene King debt.

‘Shortly afterwards, Simon discovered the venture and wished to be involved.

‘A further agreement was reached to acquire and run the club and its grounds as a business, this time also involving Simon.

‘Amongst other things, Wayne explains that he assisted with the day-to-day running of the club, worked behind the bar, and emptied and collected the tills and fruit machines.

‘He also got other family members to assist, his wife working behind the bar and making food, and his daughters helping out on match days.’ 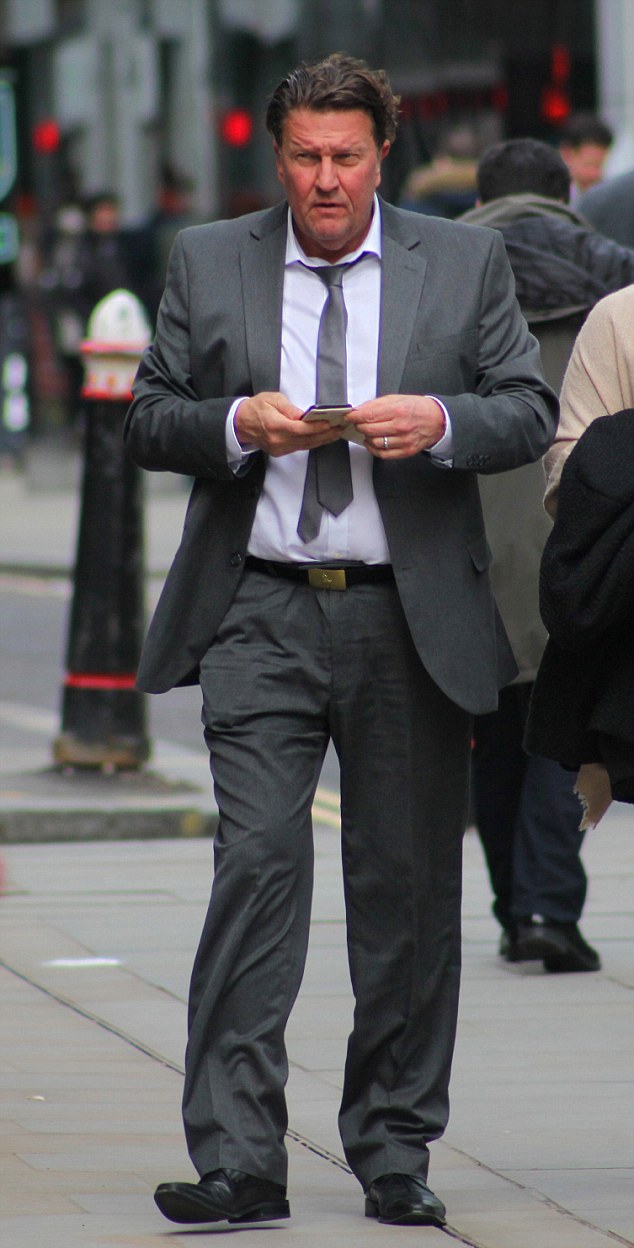 Wayne Bennett got his family involved, with his wife cooking in the kitchen and his daughters giving a helping hand on matchdays. 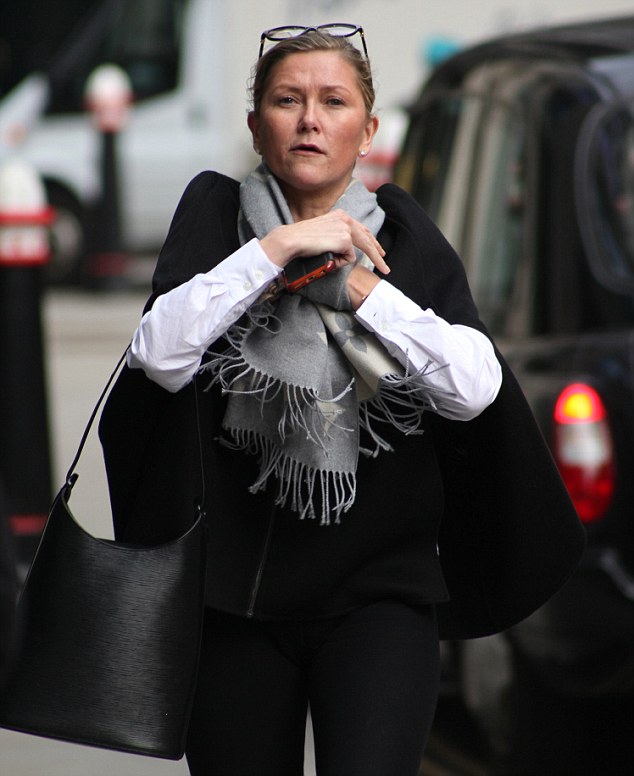 Wayne, Mr Ford and Mr Renoldi’s involvement with the club ceased and it was registered in the name of Ben Bennett’s daughter, Dominique (pictured)

Ben Bennett denies the claims any such agreement was reached.

He said Mr Renoldi was barred from the club but denied Mr Ford’s allegations he was ostracized. Ben Bennett said his nephew distanced himself from the club after striking a new business venture with Wayne.

Mr Bennett claimed Mr Renoldi’s claims that he was an ‘owner’ of the club was ‘fantasy’.

Mr Ford and Mr Renold’s barrister said they were not supporters of the club and agreed to work for free on the understanding they owned a share of what is now a very valuable club.

The court heard Mr Ford and Mr Renoldi had not pursued Mr Bennett for a share until now because they thought the club was worthless.

However, the Thames Gateway Project and changes in planning policies mean the land is now worth at least £10m, and possibly much more, the court heard.

Judge Bompas, who is being asked to rule on who owns the club, will give his decision on the case at a later date.