Confronting images showing as many as five Sydneysiders’ homes washing away down the Hawkesbury River is another reminder of the tragic reality behind Australia’s once-in-a-century floods.

Torrential daily rainfall as heavy as 300mm in capital’s western and north-western suburbs has seen major rivers including the Hawkesbury, Nepean and Colo Rivers overflow, wreaking havoc on nearby towns.

The Hawkesbury region in particular sees many homes lined along the river accessible only by boat, making them vulnerable to extreme weather events like the natural disaster currently hammering the area.

The photos show several homes floating down the swollen river after being smashed from their foundations and ripped down the rapidly moving tide. 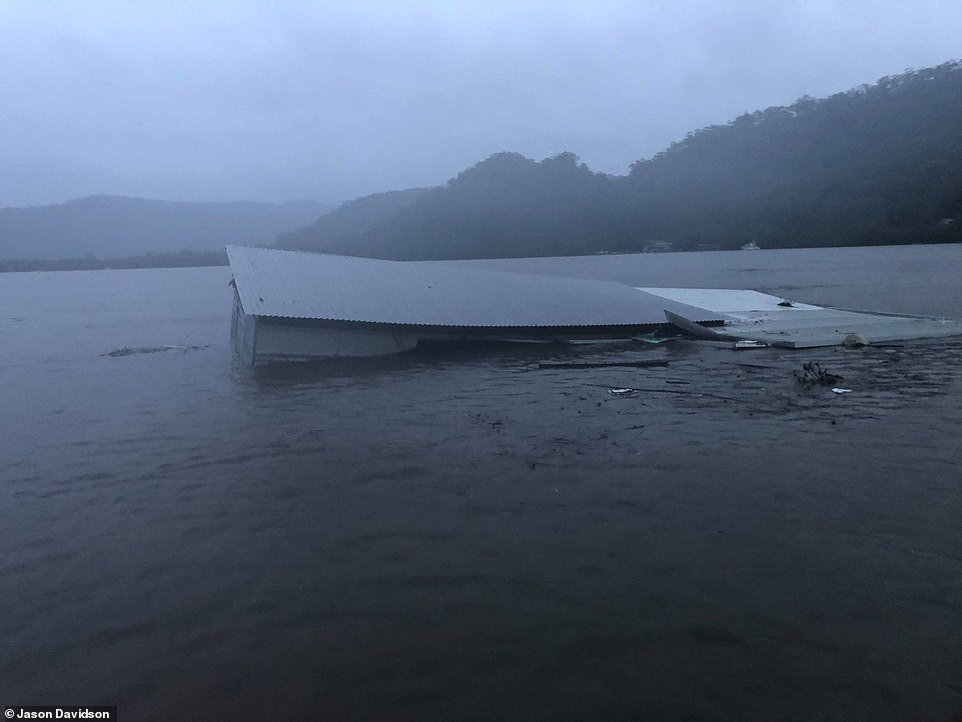 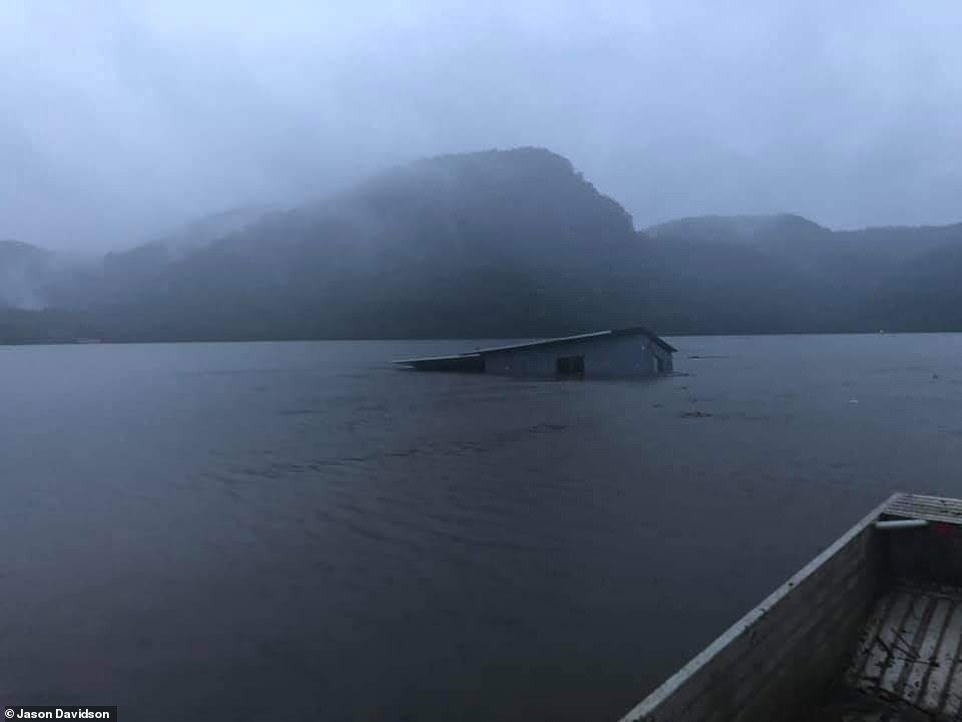 As many as 35,000 residents of west and north-western Sydney have either been evacuated or are facing evacuation after mass flooding from local rivers.

The area has been saturated by between 200mm and 300m, with the rain expected to last through until Wednesday where relief is expected.

The NSW State Emergency Service has responded to 9700 calls for help across the state’s eastern coast and conducted 870 flood rescues.

Already, 34 NSW councils have declared natural disaster zones, with the powerful storm that lashed the state’s north coast and western Sydney now spreading to the Illawarra region on the south coast, where 100-200mm of rain were forecast across the region on Tuesday, peaking at 300mm in some parts.

Northwest of Sydney, around 200 residents were ordered to evacuate homes immediately on Tuesday morning as major flooding occurred along the Colo River in the Hawkesbury region.

‘From 8am … you should be ready to be evacuated from your home via helicopter or boat,’ the SES said.

‘If you do not leave when asked to it will be too dangerous to stay and you may be trapped without power, water and other essential services by 8am.’

On the Hawkesbury River another evacuation order was issued for low lying properties in North Richmond, Agnes Banks and Windsor amid major flooding.

‘Flooding may remain at these levels for the next few days based on forecast rainfall,’ the SES said. 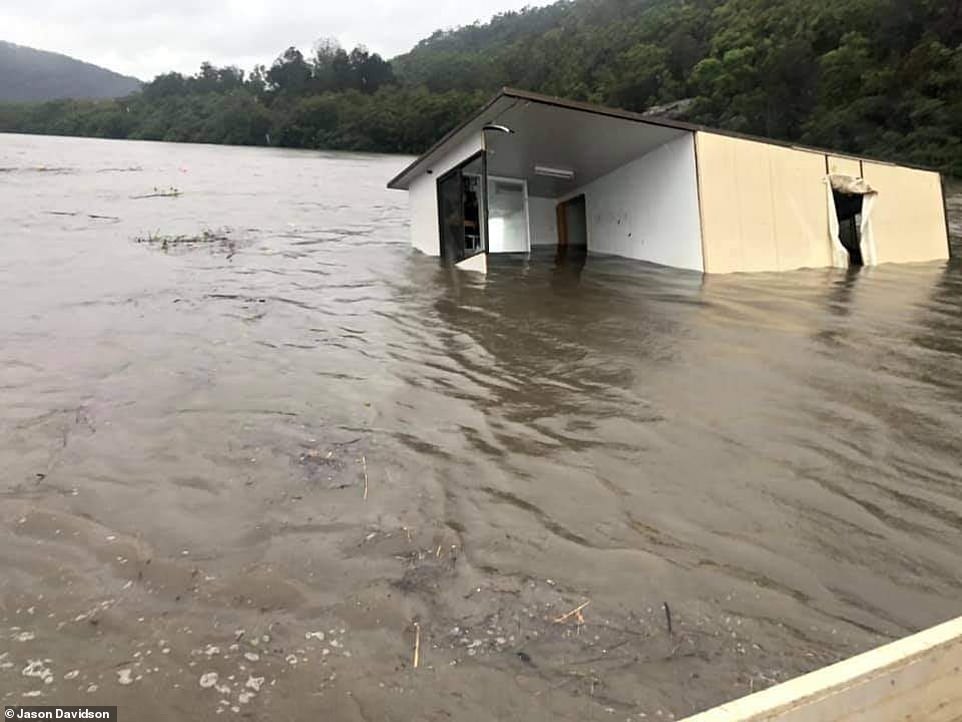 The Hawkesbury region in particular sees many homes lined along the river accessible only by boat, making them extremely exposed to extreme weather events like the natural disaster currently hammering the area 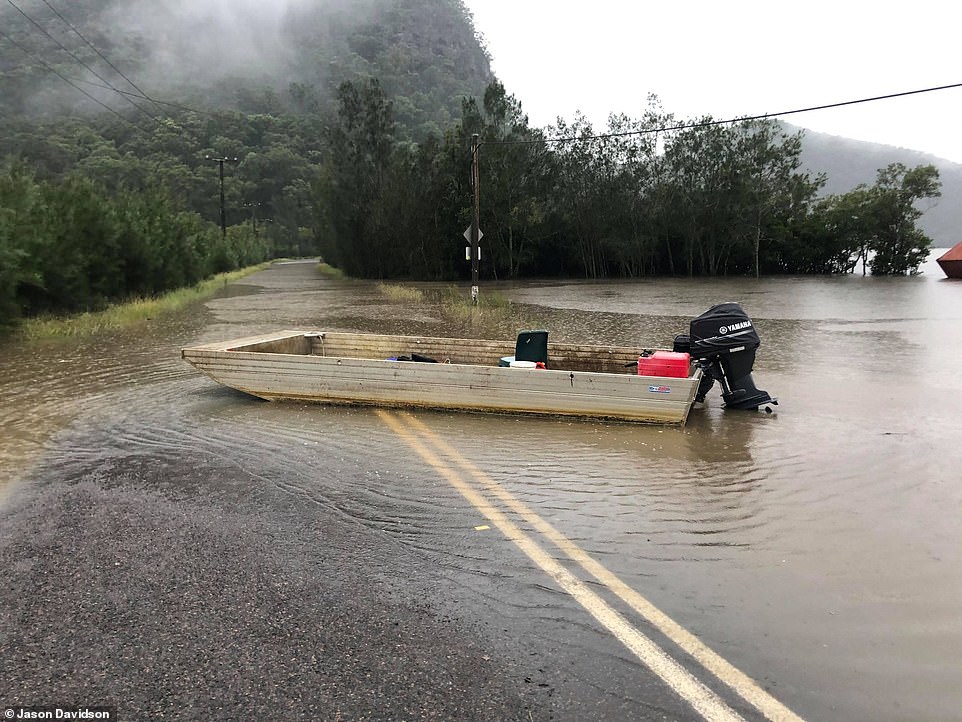 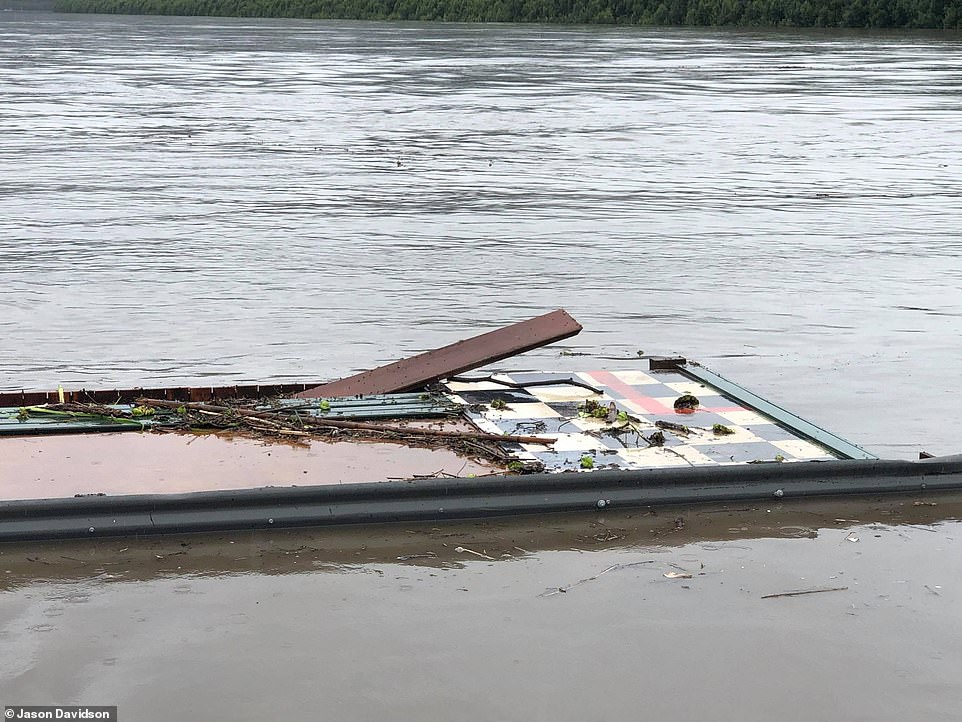 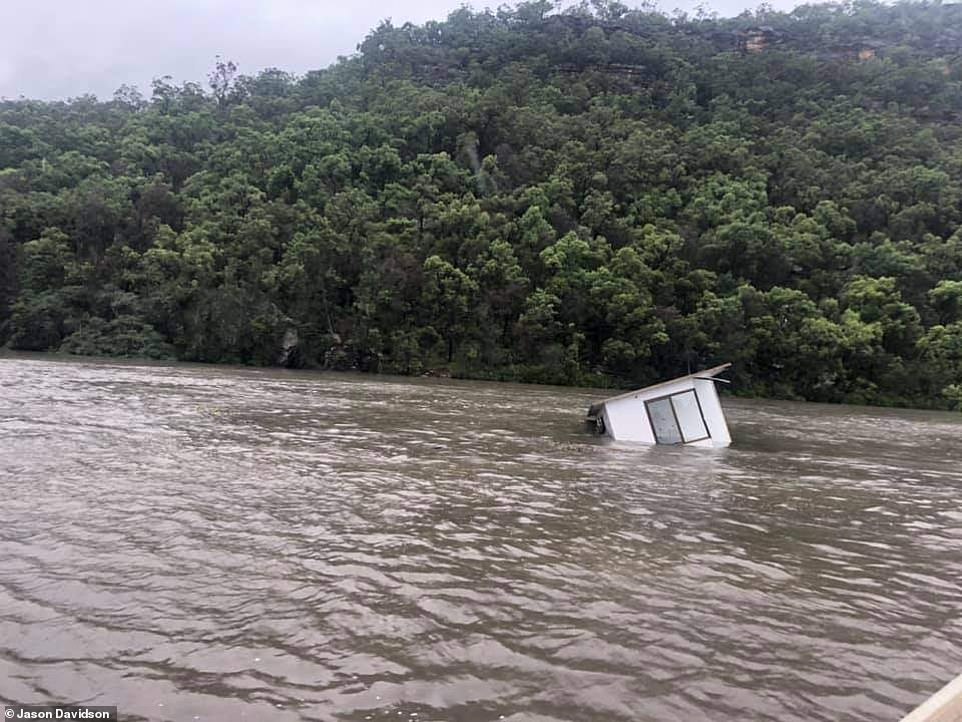 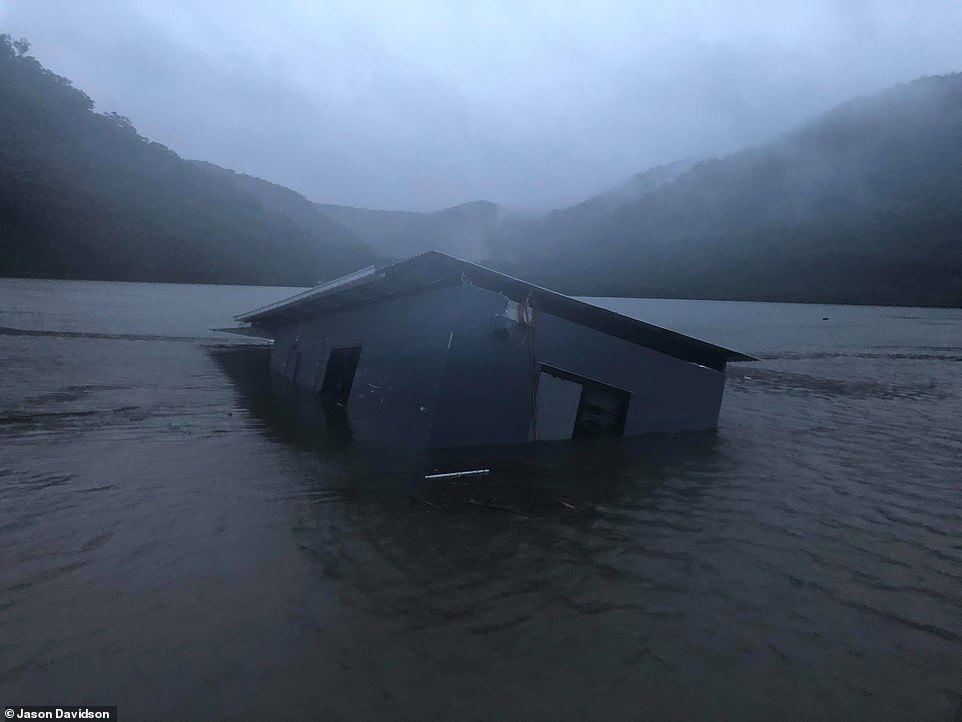 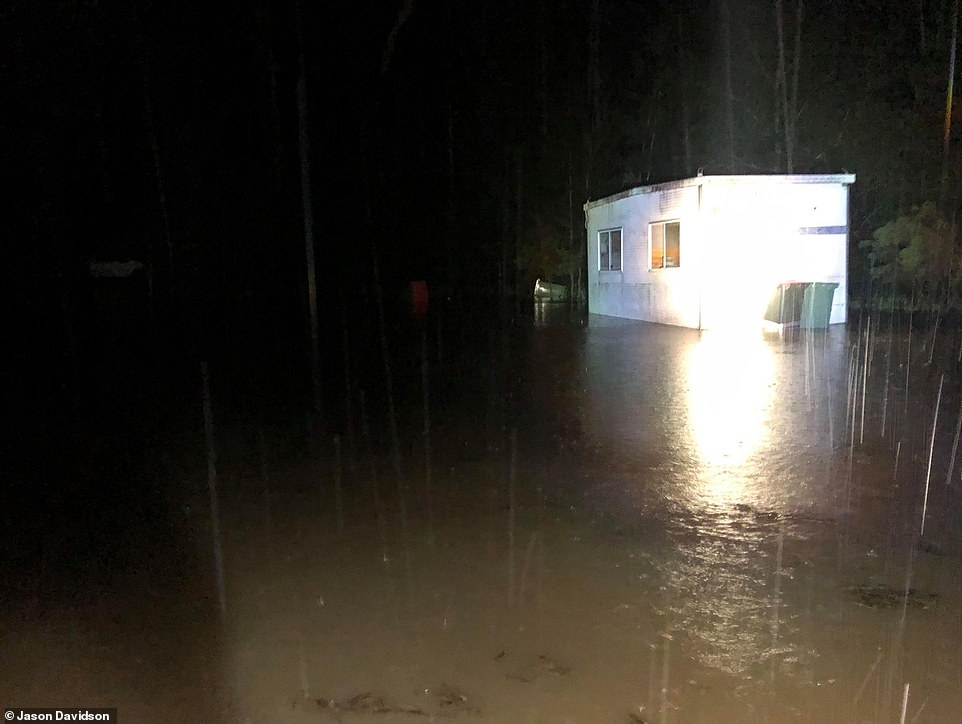 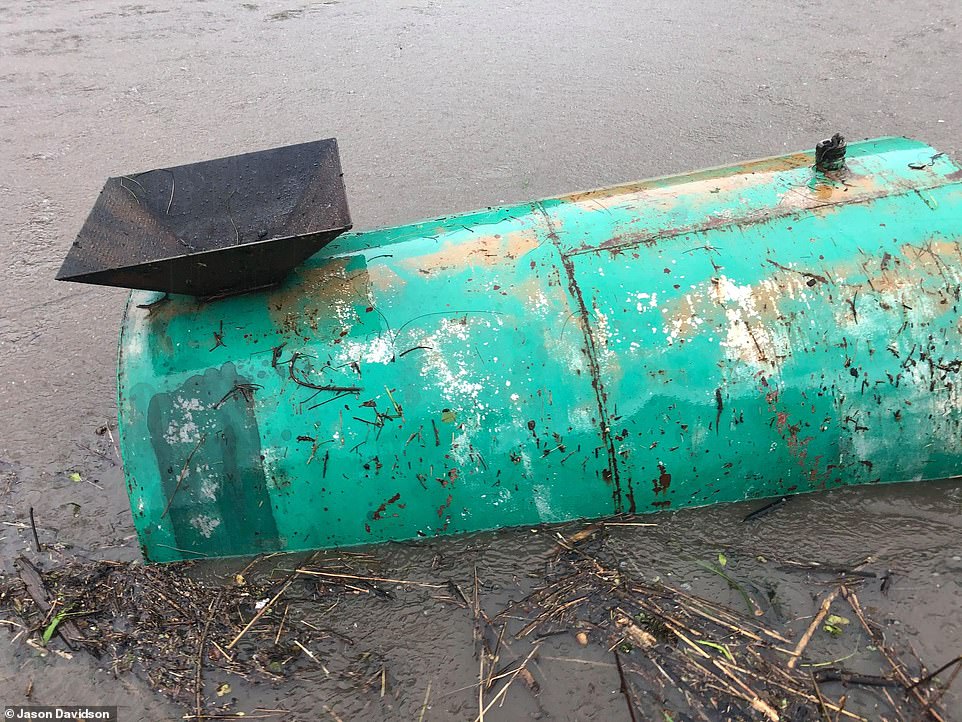 The Dreamworld theme park was closed, as the Gold Coast, Brisbane, and the Sunshine Coast went on high alert, extending to communities as far west as Birdsville.

Low-lying homes on the Gold Coast areas Tallai and Carrara have been inundated, and a flood watch was put in place for a wide band of southern Queensland stretching from the South Australian border to the southeast coast.

Bursts of storm activity has compounded falls reaching as high as 150mm in some areas, with the Gold Coast copping rainfall in excess of 200mm on Monday.

A house boat was captured sinking on Biggera Waters on Tuesday afternoon as desperate owners attempted to remove belongings and ensure occupants safety.

Wild winds combined with heavy rainfall and sweeping tides caused the vessel to begin to sink, with several people on tinnies attempting to help the situation. 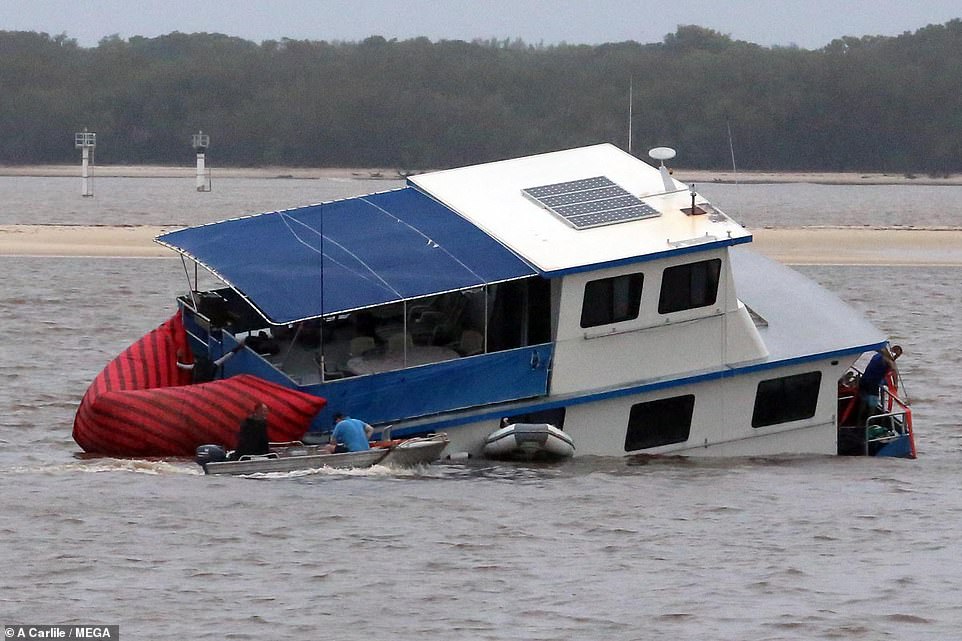 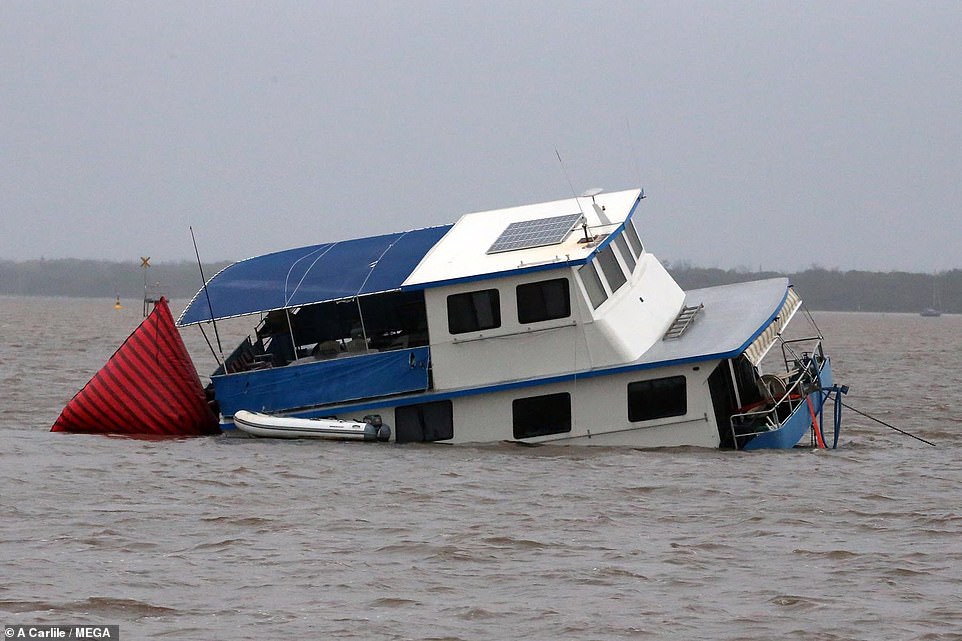 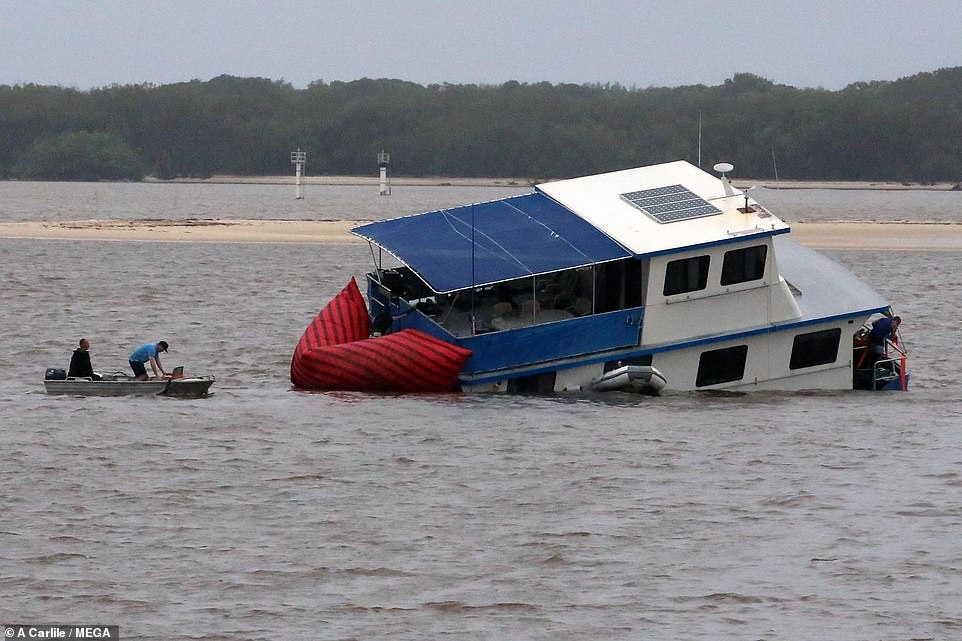 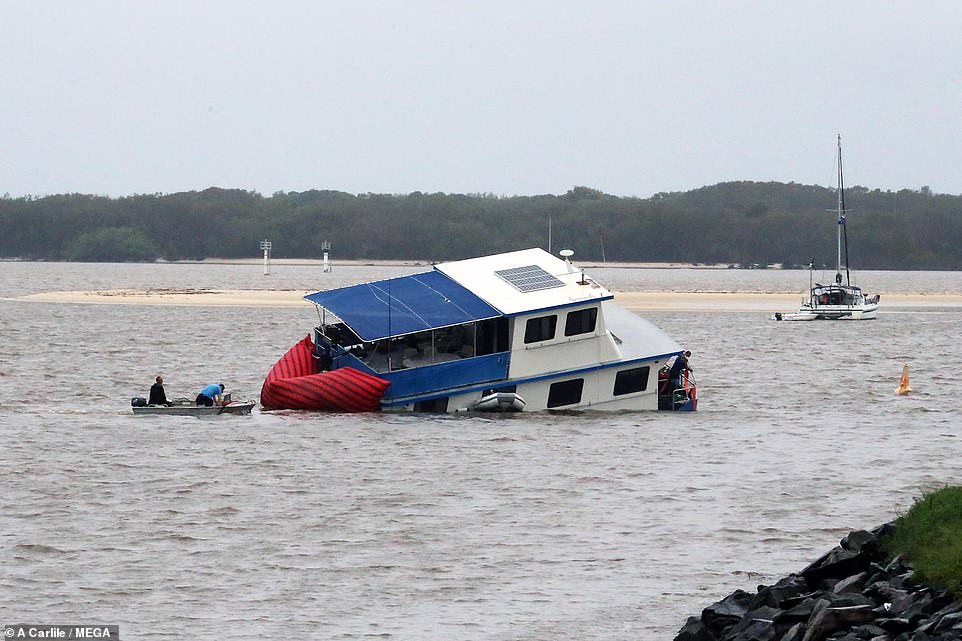