‘Everything is now gone…absolutely heartbreaking’: Family loses everything and their beloved dog Buddy in Christmas Day fire

A family has lost everything they own and their beloved dog in a devastating house fire on Christmas Eve.

The raging inferno tore through the Reid’s home in Bateman, Perth, on December 24, causing significant damage and killing their pet dog, Buddy.

It was reported that the family had gone out but had left a candle burning, which had caused the blaze.

Friends of the family offered the family a place to sleep for the night after the first fire was put out.

But at around 1 am on Christmas morning the property caught fire again, causing yet more devastation.

The fires resulted in around $300,000 worth of damage, WA Today reported.

‘What a Christmas to wake up to – at 1am this morning mum and dad’s house caught on fire again and finished off the rest of our house,’ she wrote.

‘We are gutted and so emotional … we are feeling the love from everyone but again please divert calls and messages to me as mum just isn’t ready to talk to anyone.’ 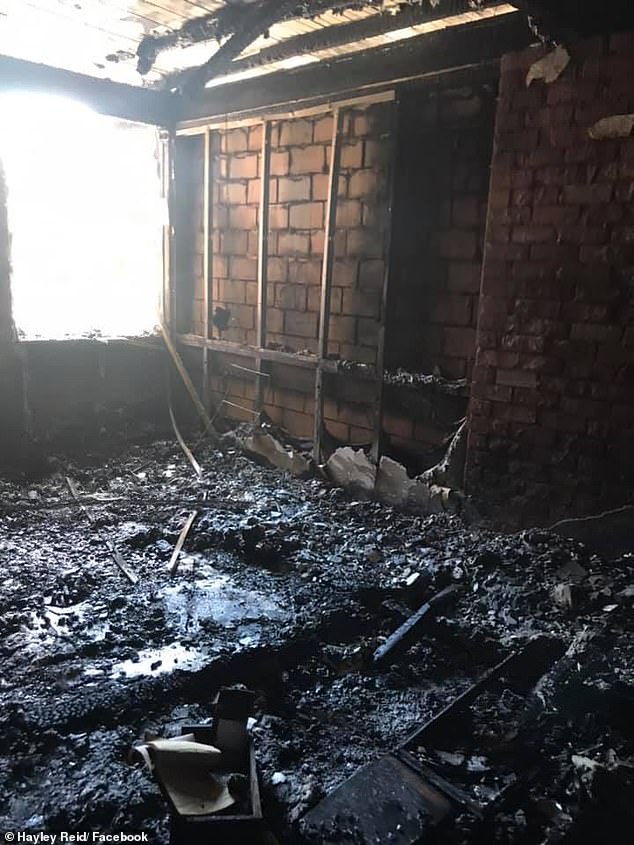 She added Christmas wouldn’t be the same without her childhood house.

Despite the tragedy, Ms Reid ended on a positive note: ‘Things you can replace but the people around you are what is important and today has definitely shown what amazing and generous people our family have in our lives.

‘Thank you and merry Christmas.’