The family of acid attacker Arthur Collins have been charged with drug and weapons offences.

His dad Arthur Collins Snr, 55, mum Jacqueline, 53, and brother Thomas, 22, were arrested over a cannabis farm at their £1million home in Broxbourne, Hertfordshire.

His brother is facing one drug possession charge and two of having weapons – one a CS gas device, the other electrical, The Sun reported.

The family, of Broxbourne, Herts, are due before Stevenage JPs on May 9.

The arrests came while police were hunting Arthur who has a daughter The Only Way is Essex reality star Ferne McCann.

Collins, of Broxbourne, Herts, was convicted of GBH and ABH for spraying partygoers with corrosive substance following an argument at the Mangle E8 nightclub in east London last year.

He was given a sentence of 20 years behind bars and five years on licence, but it was recently reported he believes feels his sentence is too harsh and is set to splash out £50,000 on a top lawyer to help reduce it.

The 25-year-old fears that he may be targeted in jail because of his relationship with McCann.

The horrific incident left 22 innocent clubbers injured, several of whom confronted him in court, with one woman recalling the moment she felt her skin ‘come off’.

Collins denied the charges leveled against him, claiming he thought he was throwing a date rape drug, but he was labeled a ‘calculating liar’ who has not shown the ‘slightest remorse’ after the ‘deliberate and calculated attack’ by the judge.

He was recently given an additional eight months added onto his term after he was caught trying to smuggle a phone into prison. 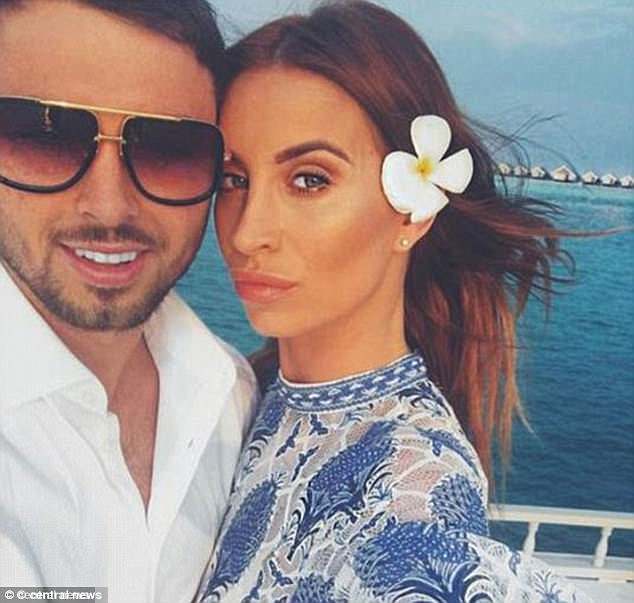 It recently emerged Collins, pictured with Ferne McCann,believes he will be targeted in jail for his relationship with her