Justine Ruszczyk Damond’s family are deeply saddened by the death of George Floyd in Minneapolis and ‘greatly distressed by the manner in which he died’.

The Ruszczyks, from Sydney, said their hearts go out to Mr Floyd’s grieving family.

Mr Floyd died on Monday after an arrest on a Minneapolis street where video footage shows officer Derek Chauvin placing his knee on Mr Floyd’s neck for almost nine minutes.

Ms Ruszczyk Damond, a 40-year-old Australian life coach and yoga instructor, was shot dead by police officer Mohamed Noor in an alley behind her Minneapolis home in 2017.

Yoga teacher and life coach Justine Damond (pictured), 40, was shot dead in a dark alley where she had called police to report a possible sexual assault on the night of July 15, 2017

‘Justine, my daughter, and Jason’s sister should not be dead,’ John Ruszczyk said in a statement to AAP.

‘George Floyd, a good man, should not be dead.

‘We are deeply saddened by Mr Floyd’s death and greatly distressed by the manner in which he died.’

Noor was found guilty of third-degree murder and second-degree manslaughter by a Minneapolis jury last year and is serving a 12.5 year prison sentence.

The Ruszczyks also filed a civil lawsuit against the city of Minneapolis and won a $US20 million ($A30 million) settlement.

They hoped the culture and behaviour of Minneapolis police officers would change. 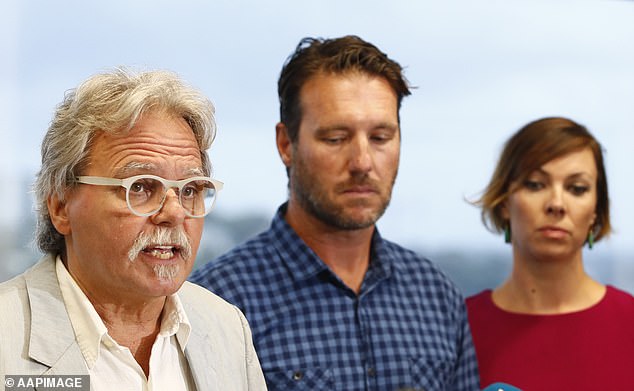 John Ruszczyk (left) said: ‘We are deeply saddened by Mr Floyd’s death and greatly distressed by the manner in which he died.’ He is pictured with his son Jason Ruszczyk (centre) and Jason’s wife Katarina addressing the media in Sydney after Ms Damond’s death in 2017 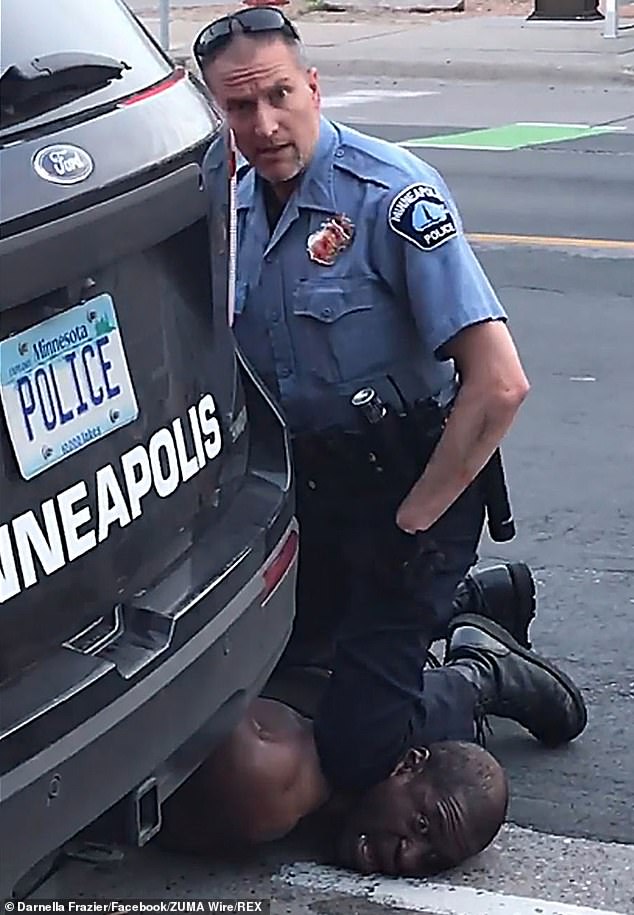 ‘The fact that another person has died at the hands of the Minneapolis police using excessive force shows that they have not made adequate changes to their practices and training as we had been told they would after Justine’s murder,’ the Ruszczyks wrote.

‘There is obviously much work to be done.’

Ms Damond was in her Minneapolis home on the evening of July 15, 2017 when she heard a woman’s screams from an alley behind her house.

She called 911 and when Noor’s police vehicle pulled up in the alley she walked out barefoot and in her pyjamas.

Noor claimed he thought he was being ambushed and, while sitting in his police car, shot across his partner Matthew Harrity and fatally struck Ms Damond in the stomach.

Mr Floyd died on Monday after police were called to a Minneapolis shop after a report someone was attempting to use counterfeit money.

Police put him in handcuffs and mobile phone video showed Chauvin kneeling on Mr Floyd on the ground and Mr Floyd pleading he could not breathe. 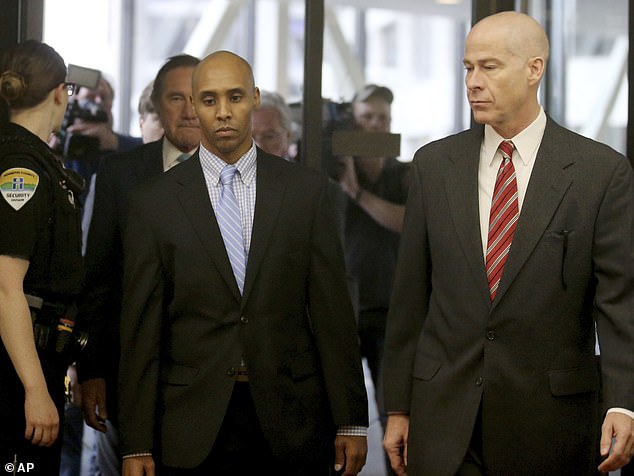 Three other officers involved are also being investigated.

Chauvin was arrested and charged on Friday with the same counts Noor faced: third-degree murder and second-degree manslaughter.

The maximum sentence for the murder count is 25 years.

‘The defendant had his knee on Mr Floyd’s neck for 8 minutes and 46 seconds in total,” the criminal complaint filed against Chauvin states.

‘Two minutes and 53 seconds of this was after Mr Floyd was non-responsive.’

It was the latest of a string of fatal incidents involving police and African American men in the Minneapolis-St Paul twin cities.