The family of a young mother allegedly murdered by her hulking estranged husband has faced off with him in a Melbourne courtroom.

The body of Elaine Pandilovski, 44, was discovered underneath her Mill Park home, on the northern outskirts of Melbourne, on Tuesday.

Zoran Pandilovski, 45, has been charged with her murder and on Thursday appeared in the Melbourne Magistrates’ Court before devastated family members. 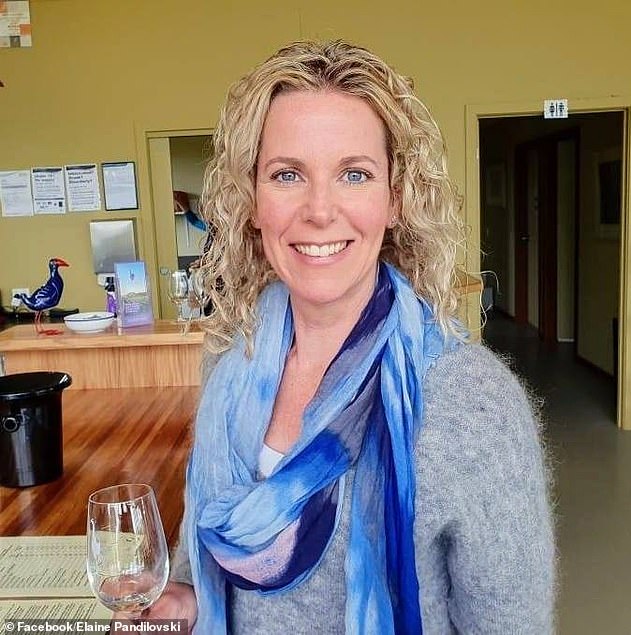 Elaine Pandilovski’s (pictured) body was discovered after police conducted a welfare check at the home on at Mill Park at about 9.30pm Tuesday

Dressed in a white t-shirt, Pandilovski stared blankly throughout much of the procedural hearing.

Seated in the front row was his own grieving mother and brother, who shared a remarkable similarity to the hulking man behind the glass in the prison dock.

Across the courtroom were members of Mrs Pandilovski’s family, who sat in silence throughout the short filing hearing.

Pandilovski was arrested on Wednesday after slamming his car head-on into a random motorist in what detectives suspect may have been a deliberate act to kill himself.

A teenage boy was among those injured in the sickening crash, which Pandilovski appeared to have escaped mostly uninjured.

His estranged wife had been found dead inside her own home at about 9.30pm on Tuesday during a welfare check.

No explanation was offered by prosecutors as to why Pandilovski allegedly killed his former partner.

Instead, prosecutors deliberately withheld a police summary in order to keep the allegations secret.

It was a move that clearly annoyed highly respected magistrate Peter Riordan, who chastised Victorian lawyers for their repeated attempts to withhold information from the public.

‘The public have a right to know about matters. It is through the media they get the information,’ he said.  ‘I can’t understand why lawyers get in the way.’

The court heard Pandilovski’s mother and brother, whom he lived with at Epping at the time of the alleged murder, lived in fear of reprisals from random members of the public.

Prosecutors asked for 10 weeks to prepare their case against Pandilovski, telling the court they needed time to forensically analyse a dozen different pieces of evidence.

A further 20 more items of interest were located at the scene. 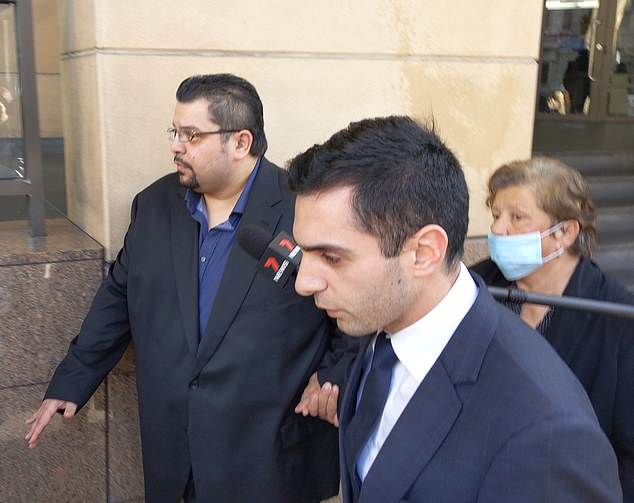 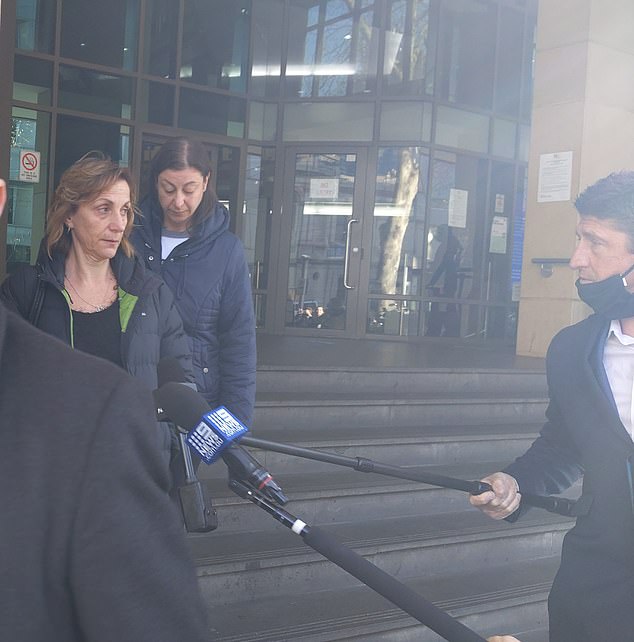 Family members of Elaine Pandilovski field questions from Channel 7’s ‘Harvester of Sorrow’ Cameron Baud (right), who famously asked wife killer Borce Ristevski on day one whether he was a killer. He was

Pandilovski made no application for bail.

His lawyer revealed Pandilovski had been struggling with anxiety and depression and suffered from diabetes.

Pandilovski’s mother broke down in tears as he was led from the court dock back to jail.

She held her other son’s hand and sobbed as family members across the courtroom stood up and left.

Outside court, family members from both sides were met by a sea of reporters.

Pandilovski’s mother and brother made their way through the pack without making comment.

It was a similar scene from Ms Pandilovski’s family, who left the court house with a homicide squad detective.

Earlier, family of the special needs school teacher, who also cared for her 10-year-old son with autism, described Ms Pandilovski as a ‘beautiful angel’. 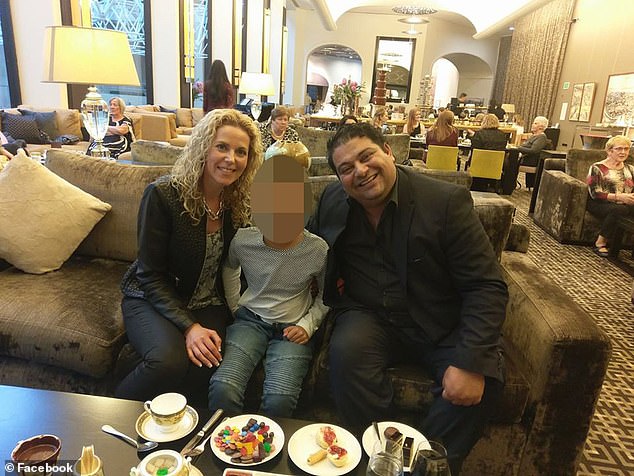 Elaine Pandilovski and Zoran Pandilovski (pictured) were high school sweethearts. They had a son together 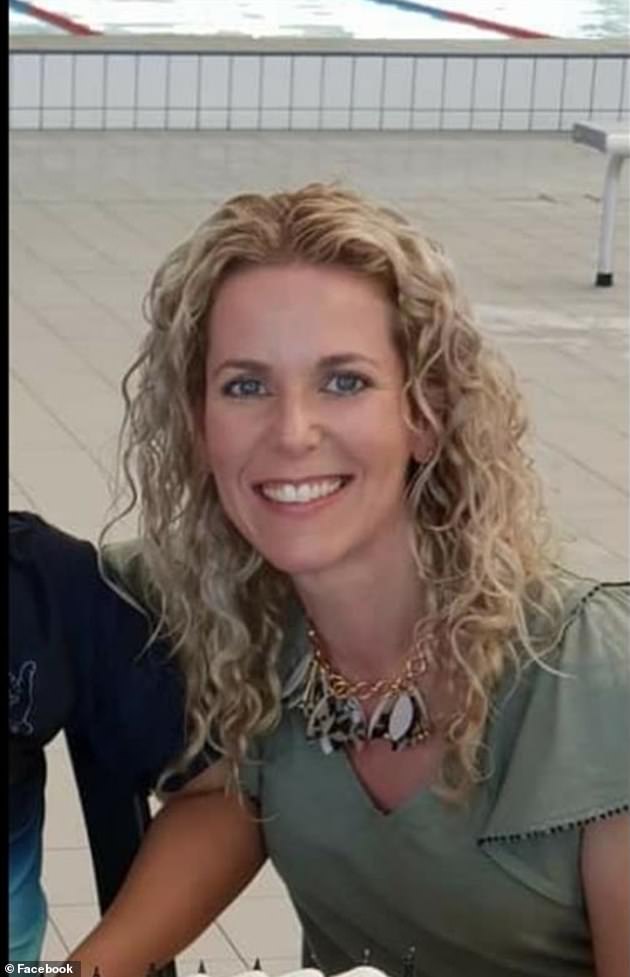 Ms Pandilovski’s aunt shared a heartbreaking post about the loss of a ‘beautiful, caring and compassionate’ woman

‘Rest In Peace my beautiful Angel.’

The couple were high school sweethearts and had been together for 15 years.

But according to neighbours they had recently separated and Pandilovski was living in the nearby suburb of Epping.

Local residents said Mrs Pandilovski was a devoted mother and had been living at the single-storey home with the couple’s son, Thomas.

Pandilovski had been at the house earlier in the day to pick up an Ipad or computer which was broken, the Herald Sun reported.

Thomas had been staying at his grandmother’s house when his mother’s body was discovered by police.

‘She was the most beautiful person in the world. She was caring, compassionate … did everything for everyone,’ the aunt said.

‘She was more my best friend… more like a sister than a niece. I did everything with her.’

One nearby resident described the woman and her son as ‘good people’. 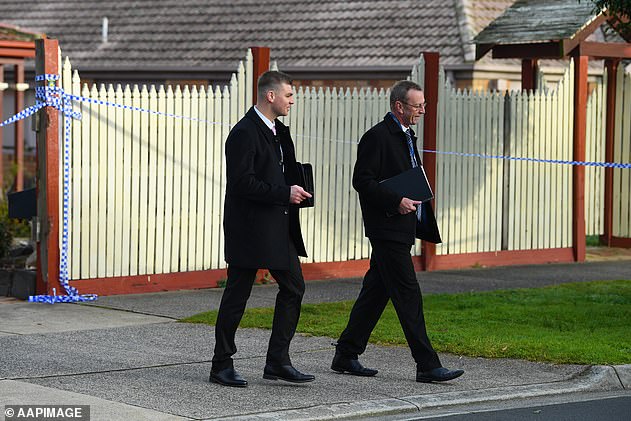 ‘I just can’t believe it,’ the neighbour said.

‘There was a kid outside crying. Feel sorry for who it is. This is a quiet area.’

‘We’ve since had a little boy and that, of course, adds even more pressure to a relationship. But I think now that we’ve made it this far we are pretty well-equipped to work our way through any problems that might arise.’

Pandilovski will return to court in November. 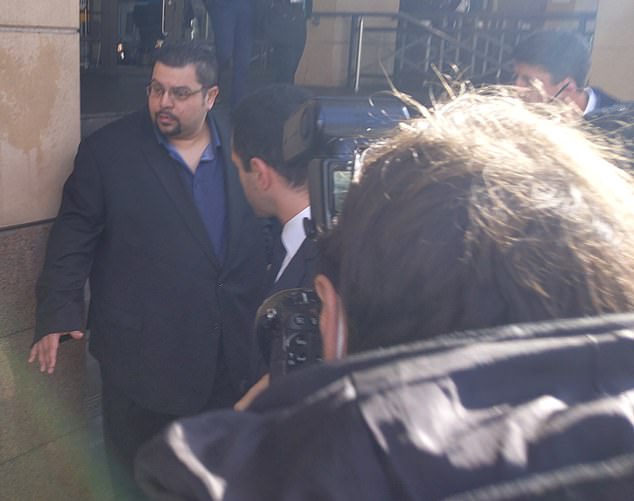 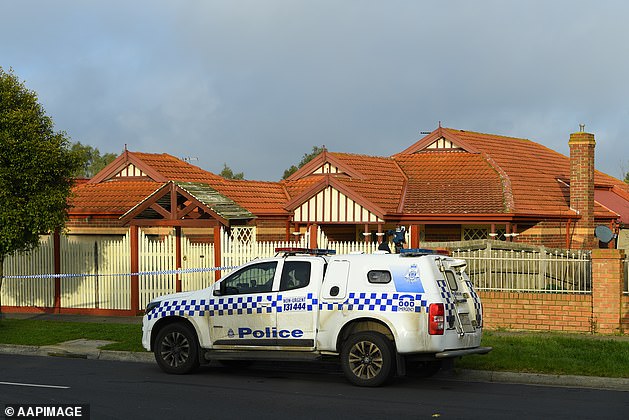