Daniel Rawlings was in the driving seat of a car that got swept away in floodwaters and has been charged with three counts of reckless manslaughter and seven counts of child or vulnerable adult abuse. 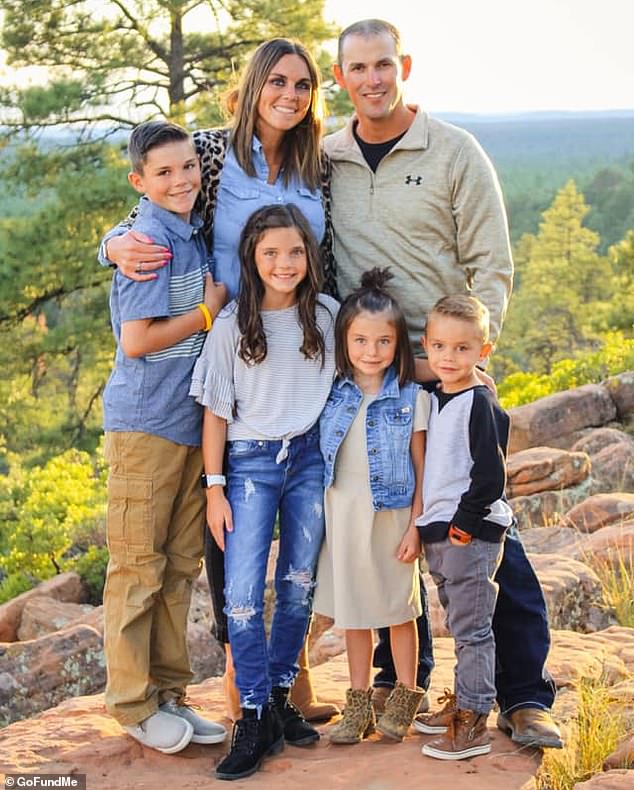 Parents Daniel and Lacey Rawlings, managed to escape from the car and were rescued, with their children including Willa (second from right, front) and Colby (far front right)were all killed 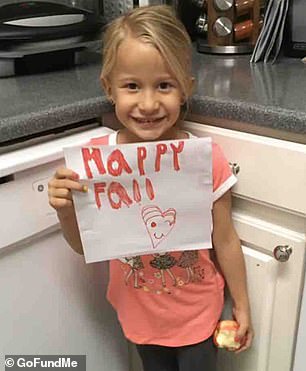 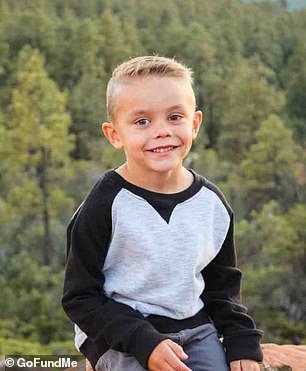 Austin Rawlings, left, died in the accident along with her cousin Colby Rawlings, right 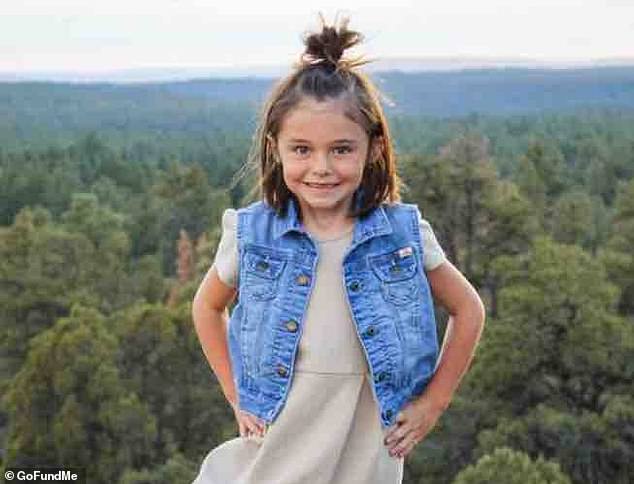 Bot Daniel and Lacey escaped from the truck with four children but the couples own five-year-old son, Colby, and six-year-old daughter Willa were killed along with their five-year-old niece Austin.

Austin was the daughter of Daniel’s brother, Jay Rawlings.

The  survivors in the group were rescued and were airlifted to shore by a Maricopa County Sheriff’s Office helicopter.

Officials say one adult managed to swim to shore, while four children and one adult who were stranded on an island in the creek to be airlifted out of the area by rescue crews.

The family had been together for the Thanksgiving holiday last year when their oversized truck became stuck in the creek. 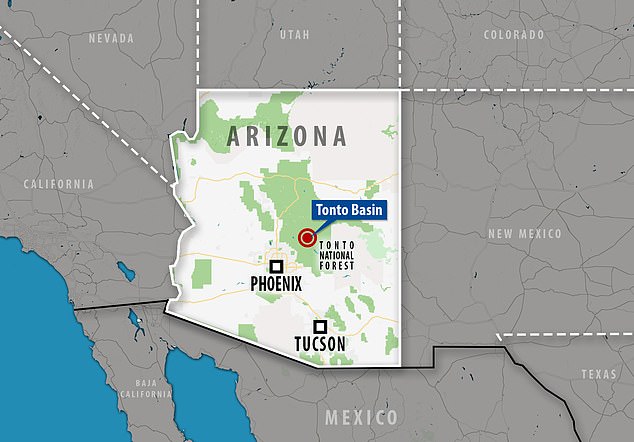 Map showing location of Tonto Basin, which is in Tonto National Forest in Arizona 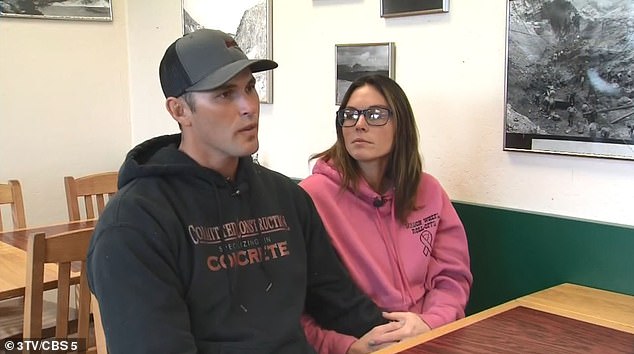 During an interview given in December, parents Daniel and Lacey said very little about what happened at the creek as it was too painful to recount

The crossing had been closed and barricaded because of the high water, but the parents attempted to pass it anyway.

During an interview given in December, the parents said very little about what happened at the creek as it was too painful to recount.

‘I will say one thing. People go around the barricades all the time,’ Daniel said. ‘I’m not justifying my actions one bit, but there could be more done.’

Media coverage of the incident led many to express criticism of Lacey and Daniel for their decision to ignore the barricades – but the parents said they were trying to block those critics out.

‘We don’t have anything to say to them,’ Daniel said. ‘Everybody’s a critic, and they’re keyboard warriors. Those people may not have ever gone through something tragic in their life.’

‘I hope they don’t have to go through something like this and learn what it really feels like,’ Lacey added. 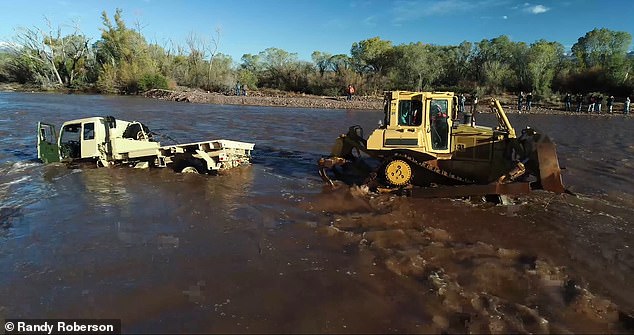 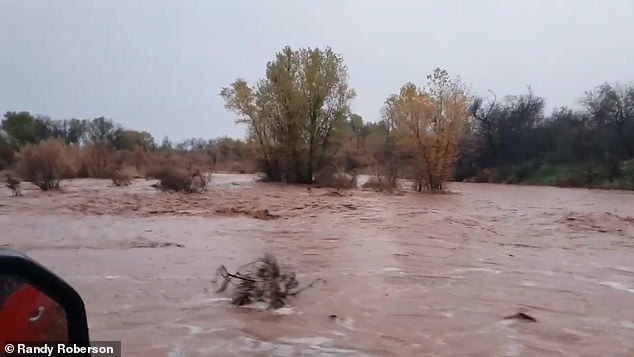 Meteorologist Sean Benedict in Phoenix estimated in the days before the tragedy, up to two inches of rain fell in the area, with some of the runoff coming from snow that fell on nearby peaks.

The region got up to four inches of rain about a week before, Benedict said.

‘So the grounds were already pretty wet and that probably helped with the runoff,’ Benedict added.

Two GoFundMe pages have been set up for both families.

One of the GoFundMe pages was set up for the family of Colby and Willa, which has raised more than $60,000.

A second GoFundMe page was set up for Austin’s family. The page has raised more than $53,000.