Prominent Florida heart surgeon Dr J Lancelot Lester was left in a coma by the potent painkiller given to him after a back surgery, his family’s lawsuit claims.

Dr Lester, 74, operated on patients for 30 years. Now, he is clinging to life, unable to walk, talk or anything much more than breath on his own.

Like many surgeons, he developed excruciating back problems and had his third back surgery at JFK Medical Center – the same hospital where he hoped to soon return to work in May.

Dr J Lancelot Lester was left in a vegetative state after receiving high doses of IV painkillers following back surgery at his own hospital, a lawsuit alleges

Despite being opioid naive, Dr Lester was given Dilaudid, a more powerful painkiller than oxycodone, intravenously.

Withing minutes, it was clear his system couldn’t handle the drug and Dr Lester went into respiratory failure. By the time an overdose reversal drug was administered, his heart was in failure, his brain was damaged and he slipped into a coma, the lawsuit alleges.

Now, his daughters are suing the medical center where their father made his career for at least $15 million that they hope might afford Dr Lester treatment for his devastating brain injuries.

At the height of his career, Dr Lester performed as many as 380 surgeries in a single year.

He loved to be outside, active and surrounded by nature – particularly the 19 horses he had collected on his farm outside Okeechobee, Florida. Dr Lester even took up kite-boarding at 60, according to the Palm Beach Post.

But at 74, the career as a high-risk cardiothoracic heart surgeon that Dr Lester had dedicated himself to was in jeopardy over his back pain.

So he sought help from his own institution – where he was once chief of cardio-thoracic surgery – and doctors there performed a third back surgery on Dr Lester on May 9.

The operation went well, but recovery was painful. Recuperating in the hospital, Dr Lester was given an IV with a pump he controlled to administer himself Dilaudid, which may be as much as eight times more powerful than morphine. 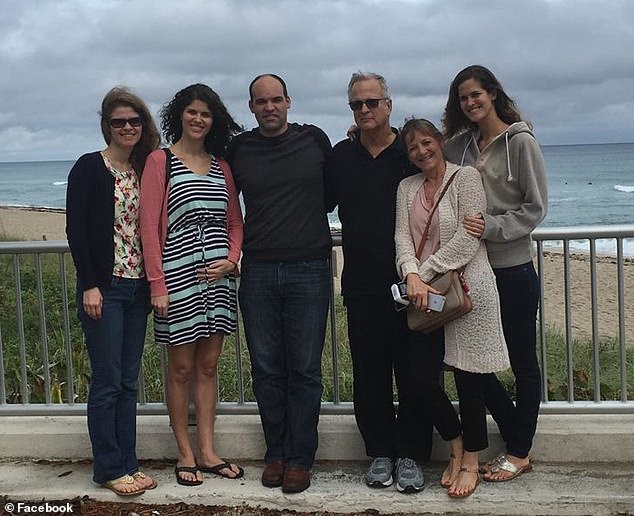 Dr Lester’s daughter, Lindsay (second from right) is now suing the hospital for $15 million as the family (pictured) prepares to pay for lifelong care for the heart surgeon (third from right) 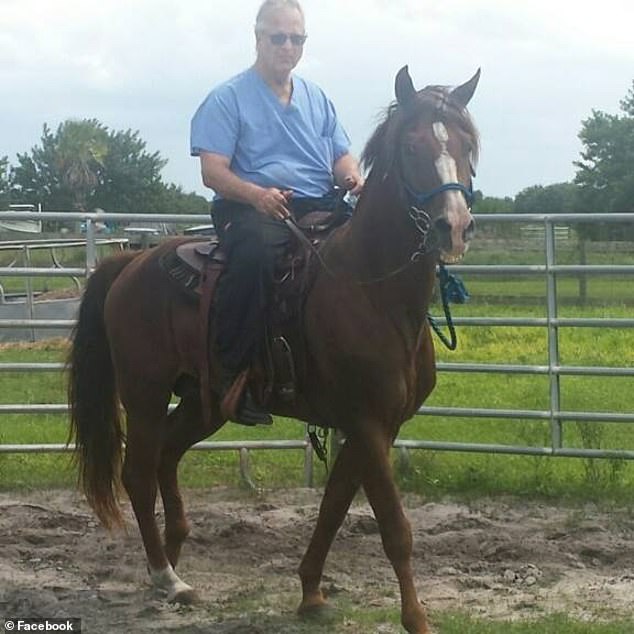 Dr Lester was an avid outdoorsman in addition to a prominent surgeon. His family has now sold most of his 19 beloved horses

His chart allegedly distinguished Dr Lester as opioid naive, meaning that he had not often been exposed to narcotics and was thought to have a low tolerance.

Still, his pain levels remained high, so a pain management specialist at the hospital prescribed him an additional one-time IV does of Dilaudid, and noted in the medical chart that Dr Lester was opioid tolerant.

A nurse charged with administering the additional dose of painkiller was ‘alarmed at the massive doses of Dilaudid ordered and went up the chain of command … talking to two supervisors regarding her concerns,’ the lawsuit filed Tuesday states.

Her worries were waved off, and she was told to ‘simply follow the doctor’s order,’ according to the complaint.

The lawsuit also alleges that ‘despite specific orders’ from the pain management specialist, there was no Narcan – the life-saving opioid overdose reversal drug – on-hand either in the room or on the administering nurse’s person.

Narcan has saved the lives of countless people. But it has to be given quickly.

After injecting the additional Dilaudid, the nurse left the room, according to the lawsuit filing.

Within minutes, the drug overwhelmed Dr Lester’s system. He went into respiratory failure – but no one was there. Even if they had been, the medication that might have halted multi-system failure wasn’t in the room.

It was about 15 minutes before Dr Lester was given Narcan. But it didn’t work. 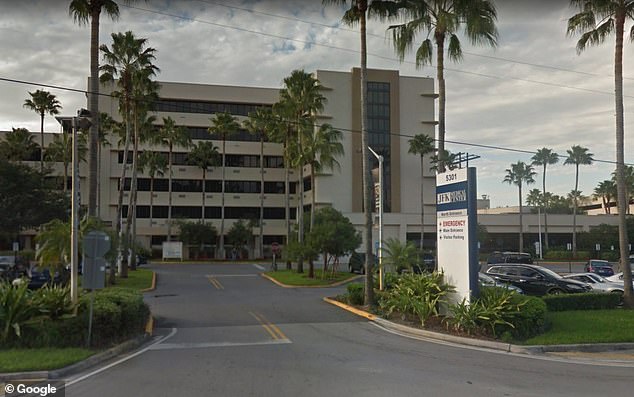 JFK Medical, where Dr Lester worked and was treated, allegedly failed to have Narcan ready when Dr Lester was given high doses of the potent opioid Dilaudid after his surgery

‘The window of opportunity to rescue Dr Lester was lost,’ the complaint against the hospital says.

He suffered a heart attack, his brain was deprived of oxygen and the heart surgeon slipped into a coma. He has recovered enough to breath on his own, but has remained in a ‘vegetative state.’

‘His condition will either remain unchanged or will slowly respond to intensive therapy, but he will need 24-hour, seven-days-a-week skilled nursing and rehabilitative care for the rest of his life,’ the lawsuit alleges.

Dr Lester’s daughter, Lindsay Stortz, a nurse, was made his guardian and told the Palm Beach Post that her father is responsive when she or her sisters speak, but that he hasn’t progressed as much as the family had hoped he would.

He is slated to be transferred to a Houston brain injury treatment facility at TIRR Memorial Hermann, but the care he’s meant to receive there will be costly largely outside of Medicare coverage.

The family has sold off 16 of the physician’s horses to help cover the costs.

But their aim is to hold the hospital both legally and financially responsible for what they consider a series of mistakes and failures that nearly cost Dr Lester his life.