Family of man, 22, who was fatally shot in a case of mistaken identity plead for public help

The family of a beloved 22-year-old man who was shot dead in a case of mistaken identity last year have issued a fresh plea for his killers to come forward.

Muhamed Yucel was playing video games with friends in a Melbourne garage when he was gunned down by bikies searching for a rival gang member.

Muhamed was killed and his friends were injured by bullet wounds as gunfire pushed through the garage door about 9.55pm on May 2, 2017.

The family of beloved Muhamed Yucel, 22,  who was shot dead in a case of mistaken identity last year have issued a fresh plea for his killers to come forward

Speaking with reporters on Sunday, Detective Inspector Tim Day said Muhamed’s death had ‘crossed the line’ and was an ‘arrogant, reckless and ruthless act’ as he called for witnesses or those involved to come forward.

As the 22-year-old’s mother sobbed uncontrollably, Muhamed’s father Bekir said there was not a day that goes past where he does not relive his beloved son’s sudden death.

‘We miss him, and we will always miss him,’ he said.

Bekir said he and his family had found comfort in friends of their son who kept in contact, and in the enormous turnout for Muhamed’s funeral, but everyone was still struggling to comprehend what had happened.

His uncle told gathered reporters Muhamed, known affectionately as ‘Mo’, had a bright future ahead of him.

‘He had no trouble in his life, he had good friends, a decent family, there was nothing to suspect Mo would get into any trouble, let alone end up like this,’ he said.

‘None of us look at life the same way we did beforehand.’

Muhamed’s killers were looking for Farshad Rasooli – who lived just a few doors up from him. 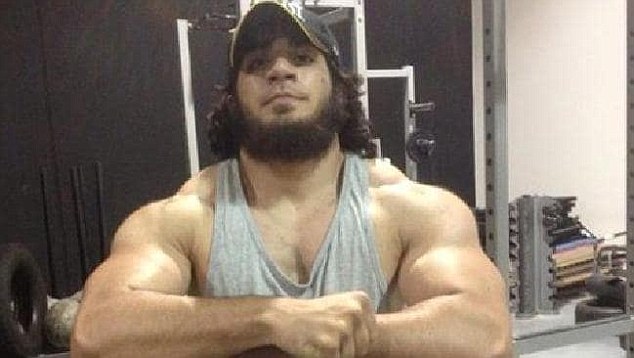 The group were associated with the Comanchero, and Rasooli with the Mongols, The Age reported.

Rasooli, whose home was raided one week after the attack, has since moved in the hopes of avoiding future attacks.

Det Insp Day said there would be people who knew what had happened through association, and they were shouldering unnecessary guilt.

‘For those mixing in the inner circle that know what happened and are tortured by the truth of a bad decision – a decision made by cowards that find it necessary to group together, who are motivated by their own fear, power and greed, this ended an innocent boys life,’ he said.

‘You know this has crossed the line, and you can go some way to redeeming yourself.

Anyone who witnessed the shooting or with further information is urged to contact Crime Stoppers on 1800 333 000.

Or to submit a confidential report at www.crimestoppersvic.com.au