The mother and grandmother of Melbourne woman Courtney Herron have thrown themselves onto the spot she was allegedly murdered and cried to the sky for answers.

Throwing their hands into the air and seemingly asking God to respond, relativesof the 25-year-old made their way to Royal Park just before midday.

The pair could be heard crying from a hundred metres away as they made their way up a muddy dirt path carrying flowers. 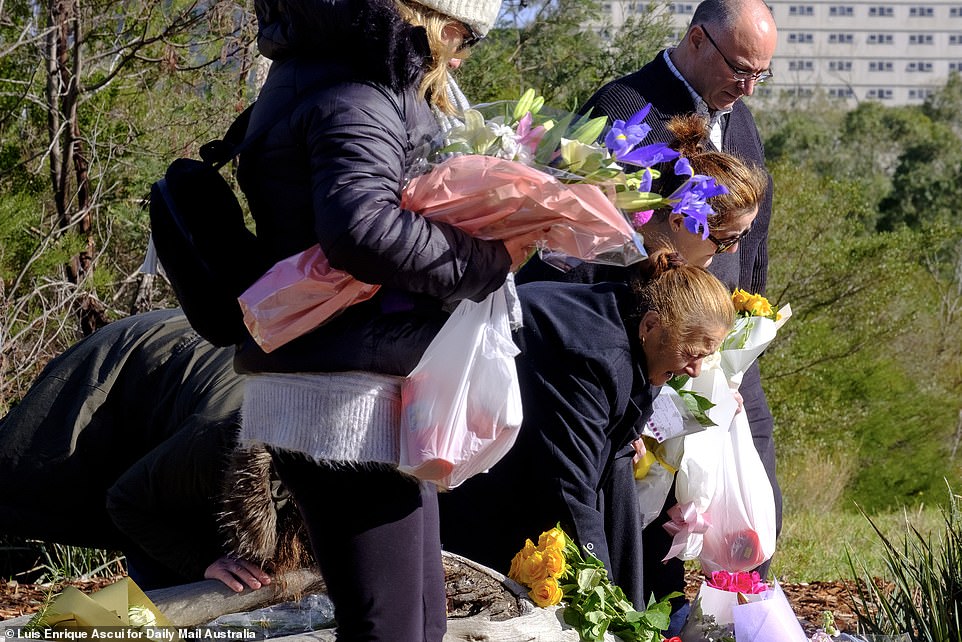 Speaking in Greek, Ms Herron’s mum draped herself over the logs where her daughter drew her last gasps for air 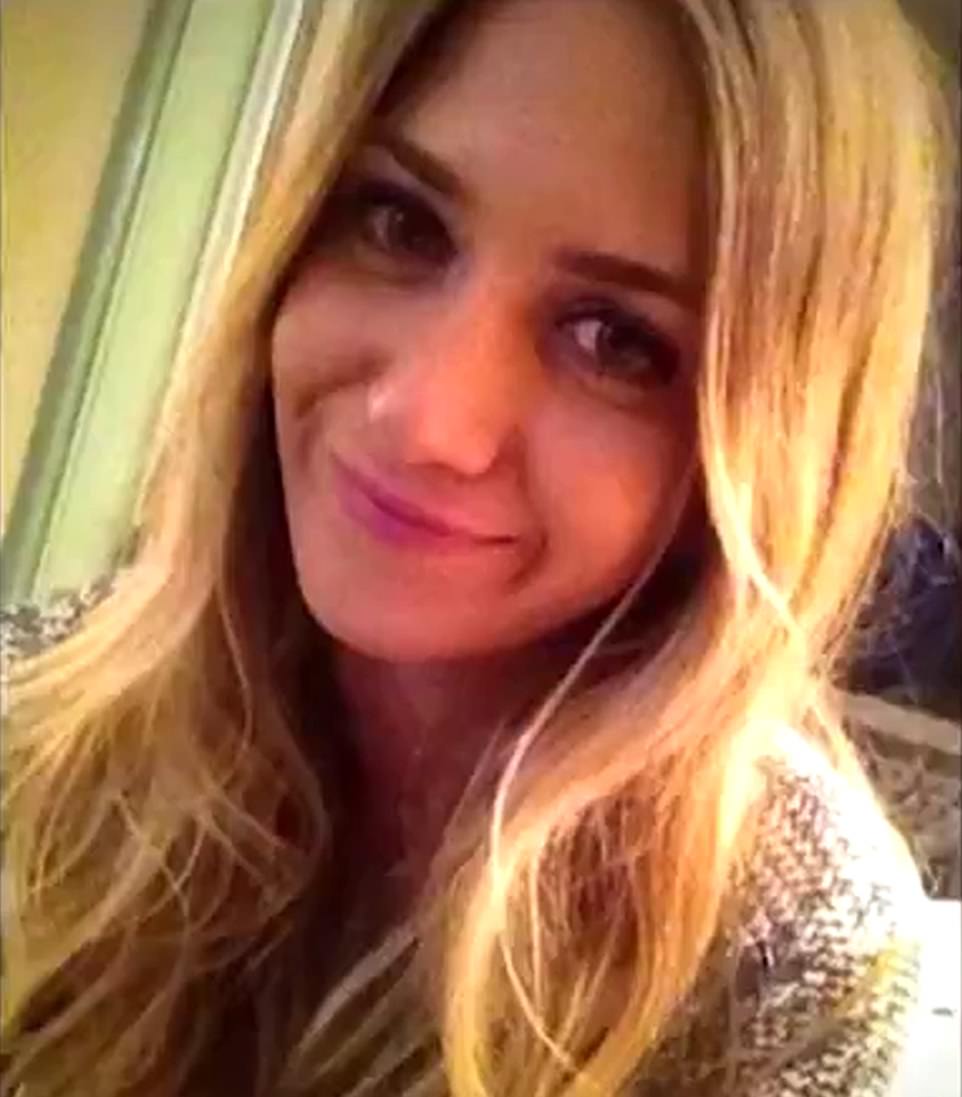 Ms Herron was found by dog walkers on Saturday morning, and police believe she was killed earlier that day

The young woman’s body was found by dog walkers in the park about 9.30am on Saturday.

Upon reaching the burnt out logs where Ms Herron was allegedly so cruelly killed, the pair broke down in inconsolable grief.

They were accompanied by Ms Herron’s uncles and aunts, who could do nothing but stand back and allow the pair to expel shrieks of agonising despair.

Speaking in Greek, Ms Herron’s mum draped herself over the logs where her daughter drew her last gasps for air.

The family matriarch hunched over the logs, crying as if willing them to spring her granddaughter back to life.

At one point she climbed to her feet, hands stretched to the air, and shouted at the sky.

A stranger who had come to pay respects to the Melbourne woman could only stand back and watch in sheer horror at what was transpiring.

She also broke into tears. 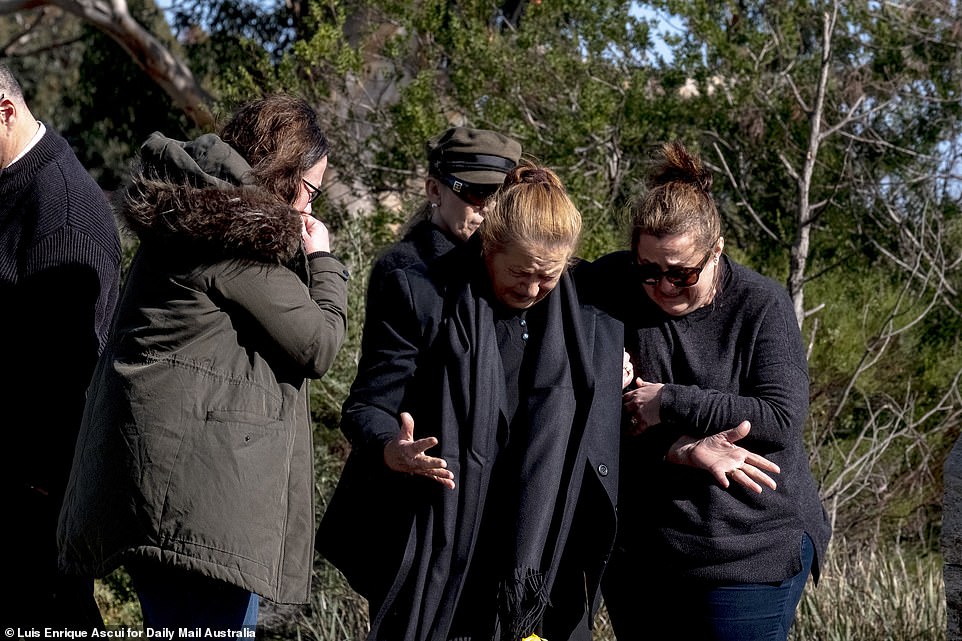 Throwing their hands into the air and seemingly asking God to respond, family of the 25-year old made their way to Royal Park just before midday 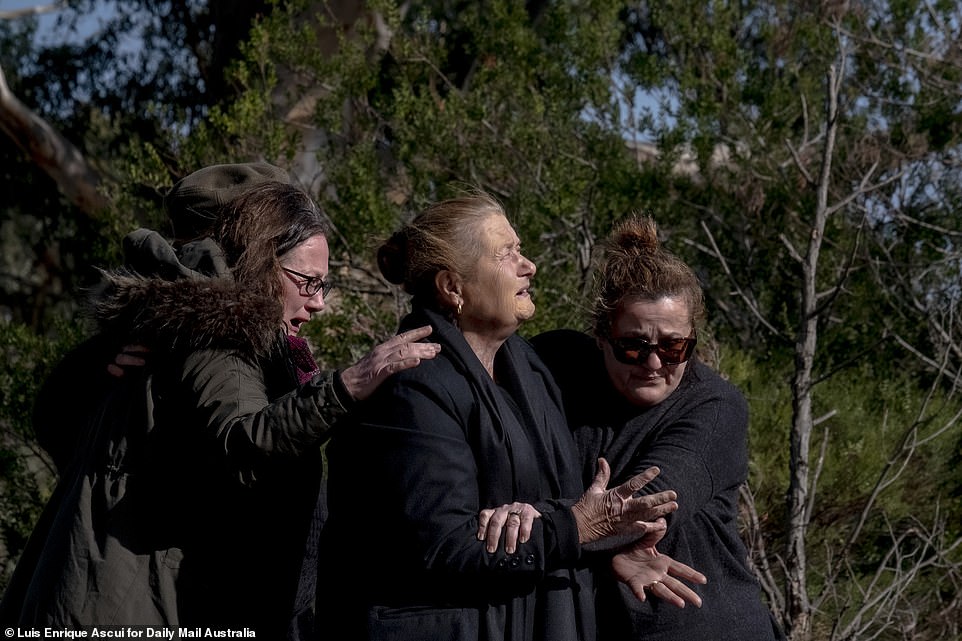 The family matriarch hunched over the logs, crying as if willing them to spring her granddaughter back to life 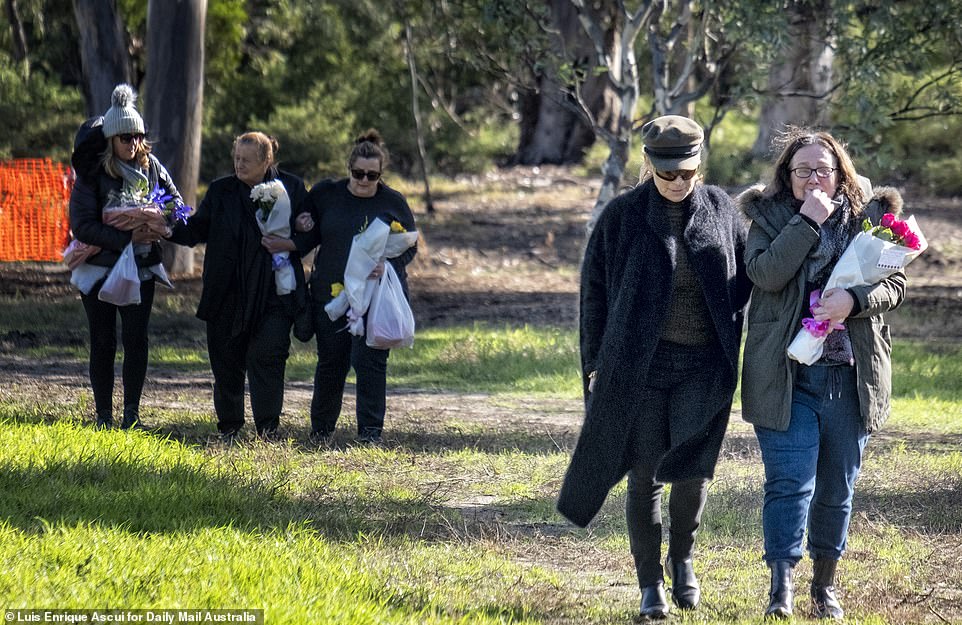 Those who had attended the same spot earlier had told waiting media they had hoped Ms Herron had died quickly.

Strangers had braved the rain and cold all morning to make the trek up the muddy hill to pay their respects to a woman they didn’t know.

Ms Herron’s uncle, who would only give his name as Peter, told Daily Mail Australia his family was ‘distraught’.

”She was the most gentle, kind hearted person you could meet. She was just such a lovely person,’ he said.

‘She always had been. Just lovely. She was beautiful, she was so trusting of people.’

Another family member said despite media reports, Ms Herron had not been ‘homeless’.

‘That’s not right. She was never homeless,’ the woman said. ‘She had lots of places to stay.

Ms Herron’s mother and grandmother made no comment as they were helped back to their car.

It is understood Ms Herron had been in regular contact with her family up until only a couple of week ago and had been staying with friends at the time of her attack.

Sources have told Daily Mail Australia a man charged over Ms Herron’s shocking murder is not known to them and they do not believe she had any form of relationship with him.

The court heard he has a ‘possible delusional disorder’ and ADHD.

Hammond appeared in court, with no shoes on and a smile on his face.  He will remain in custody until his next court appearance in September.

The court heard he also had a possible autism spectrum disorder and had been prescribed ritalin for his ADHD. 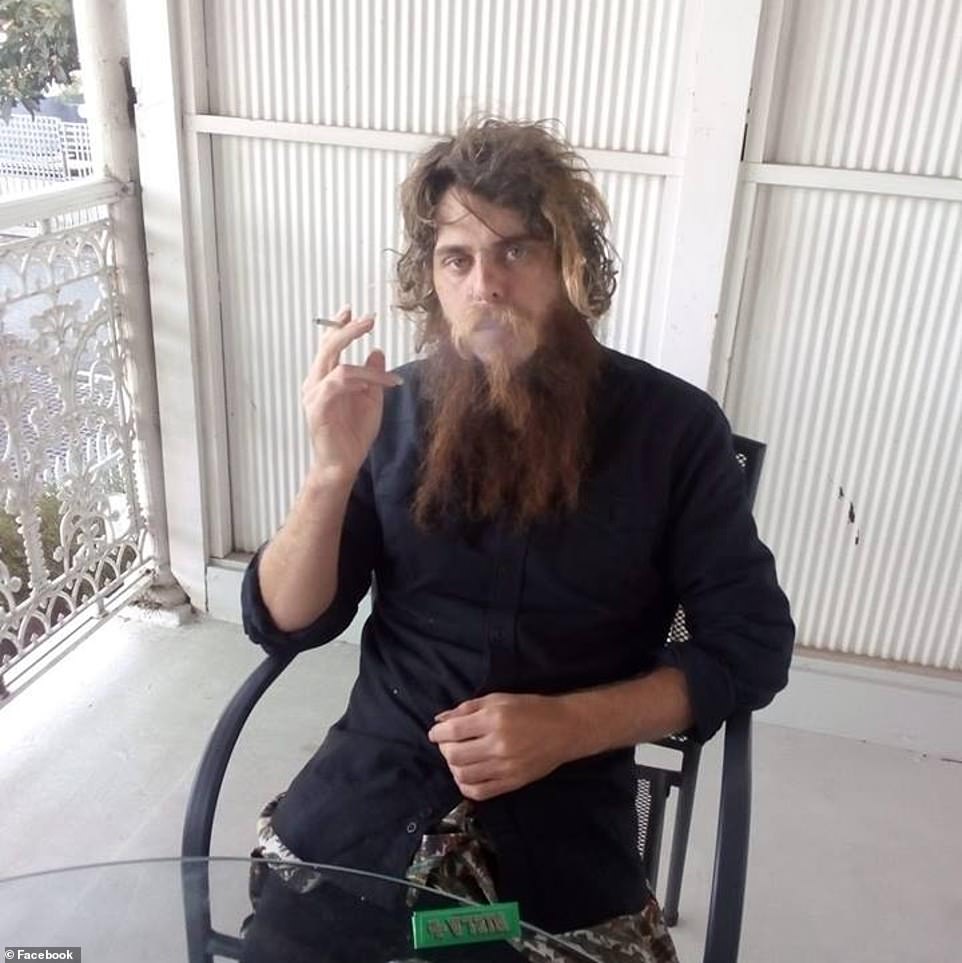 Henry Hammond, 27, is accused of bashing Courtney Herron, 25, to death in a Melbourne park 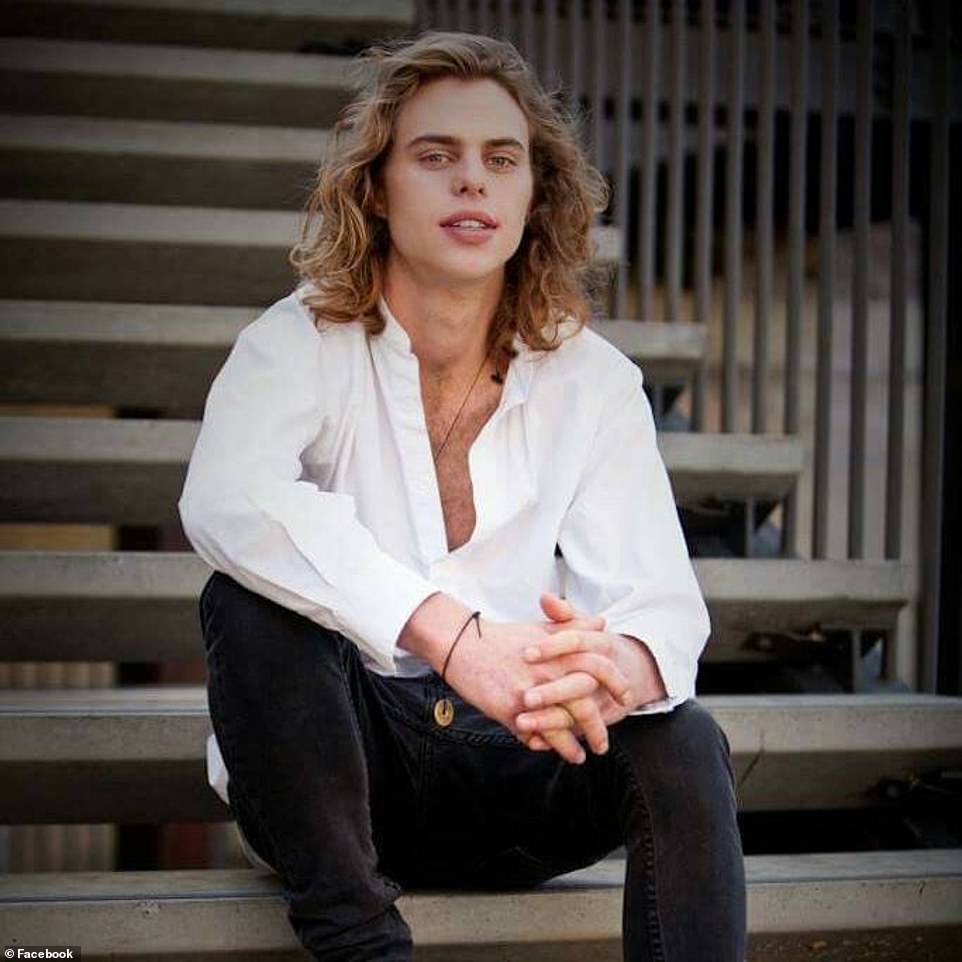 He was clean-shaven and had shoulder-length brown hair, and simply nodded when he was told he would be held in custody until his next court appearance in September.

Daily Mail Australia understands Hammond attended a prestigious school on Sydney’s northern beaches before moving away, eventually becoming part of a hippy scene in Melbourne and having two children.

‘He was always a strange dude,’ a former classmate said. We thought he had a mental disability but he was never violent. Always sweet and placid to be around.’

Another former classmate, who was close friends with Hammond in high school, said he was a ‘nice but strange’ guy.

‘He was always nice enough,’ the man said.

‘He left at the end of his year 10 in 2010 I believe next thing I heard was that he had gotten a girl pregnant.’ 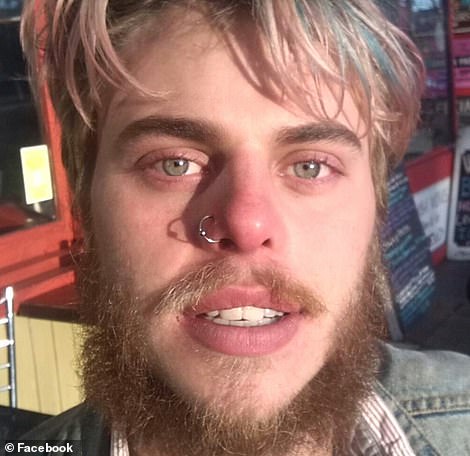 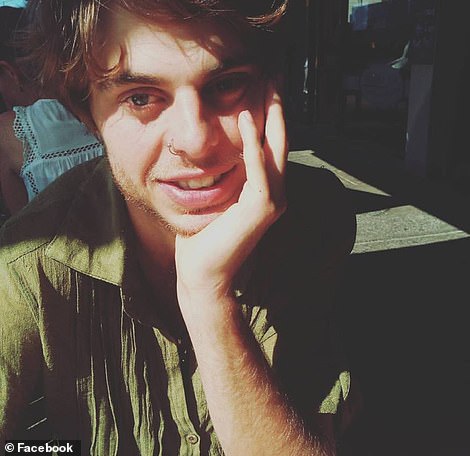 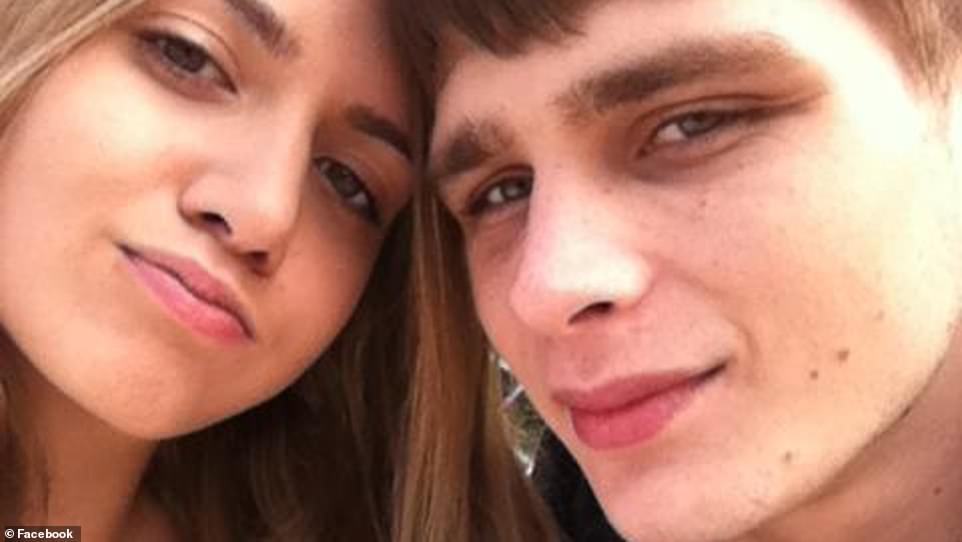 Prosecutor Madeleine Sargent originally asked for up to four months for police to put together their brief of evidence against Hammond.

A pathology report is still to be completed and officers are reviewing CCTV footage.

Magistrate Donna Bakos said police could have until August 5 to prepare the documents and ordered Hammond, of no fixed address, be remanded in custody until a committal mention on September 16.

Hammond was arrested on Sunday and charged overnight with one count of murder, police said.

In the hours before her death, the woman had tried to phone her ex-boyfriend, Terrick Edwards, but he missed the call, his sister Nindara Edwards Norris told The Age on Sunday.

Ms Norris said her brother was upset ‘for not being able to offer her a safe place for the night’.

Ms Norris said her brother would want Ms Herron to be remembered as a lovely woman, and not just another homeless person who died on the streets. 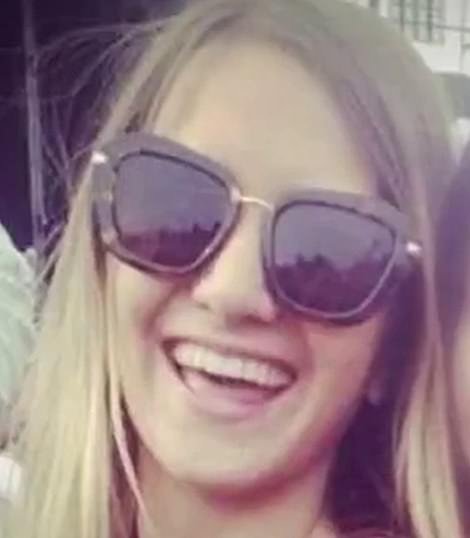 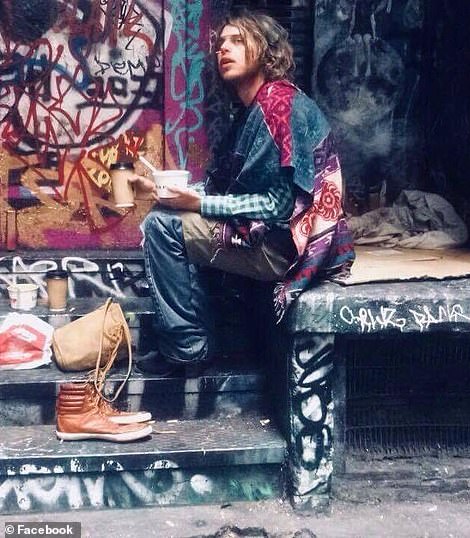 Hammond (right), who is homeless, is accused of bashing Ms Herron (left), to death

She said Ms Herron came from a close Greek-Australian family and had a brother and sister.

Mr Edwards and Ms Herron, who used to work for a government department, had lived together before they split four years ago, she said.

There is no suggestion Mr Edwards had any involvement in Ms Herron’s death.

A friend of Ms Herron from high school, Matt Walsh, told the paper she was one of the most kind-hearted people he knew.

A GoFundMe has been set up by the Melbourne Homeless Collective to help cover Ms Herron’s funeral costs.

Dog walkers found Ms Herron’s body near a group of logs under a tree at Melbourne’s Royal Park on Saturday morning. 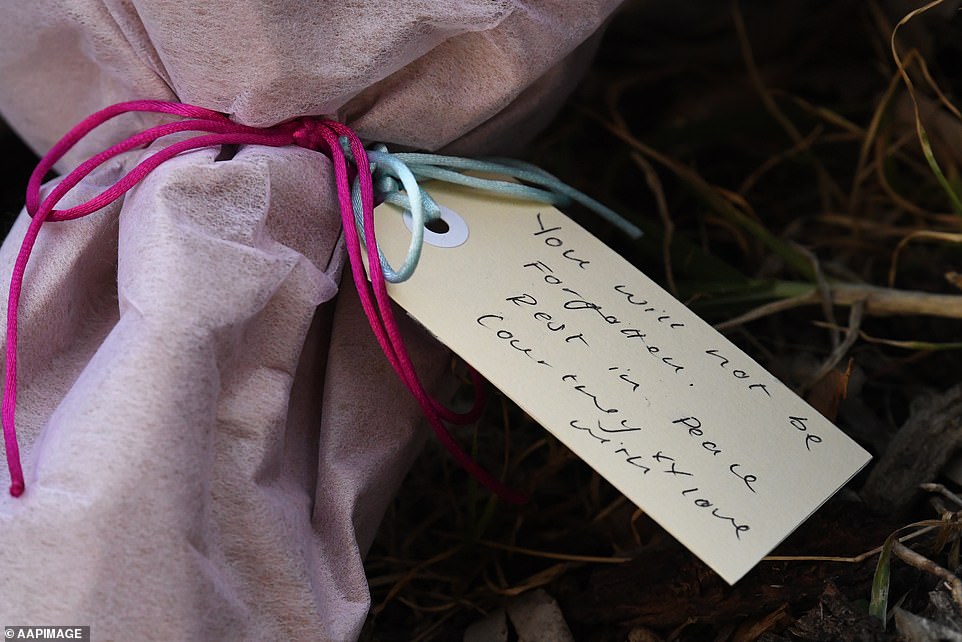 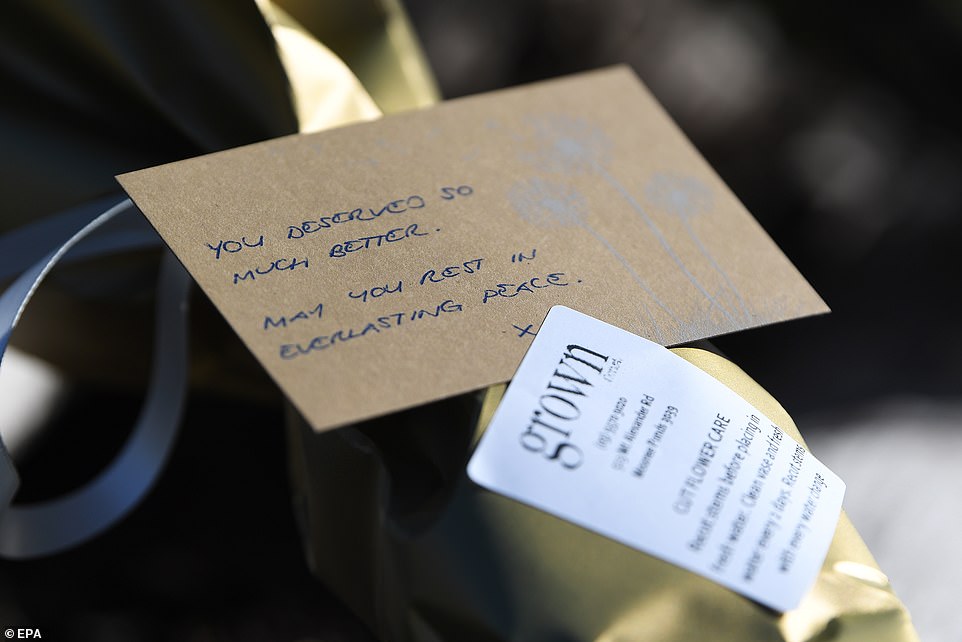 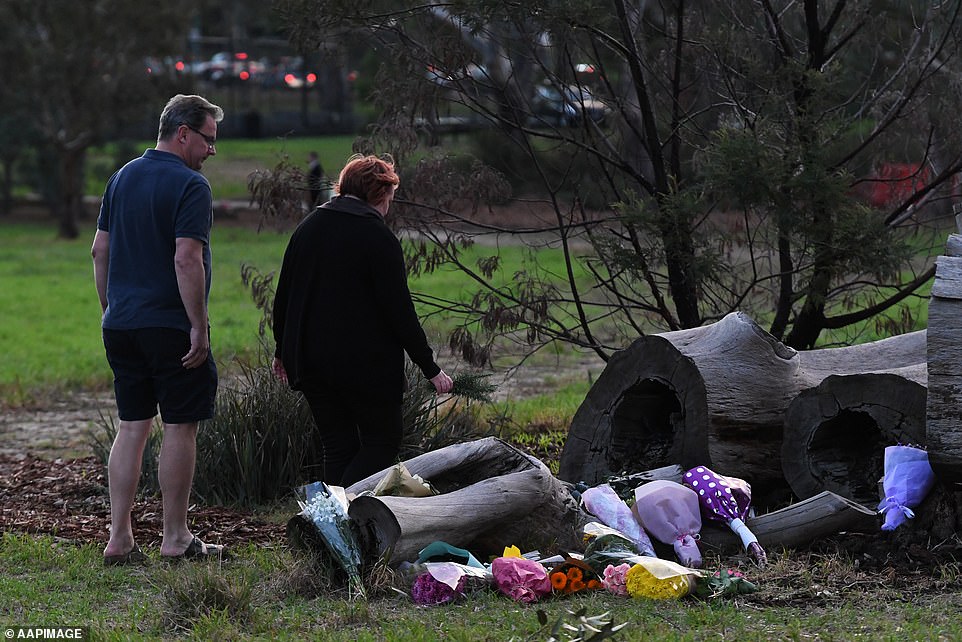 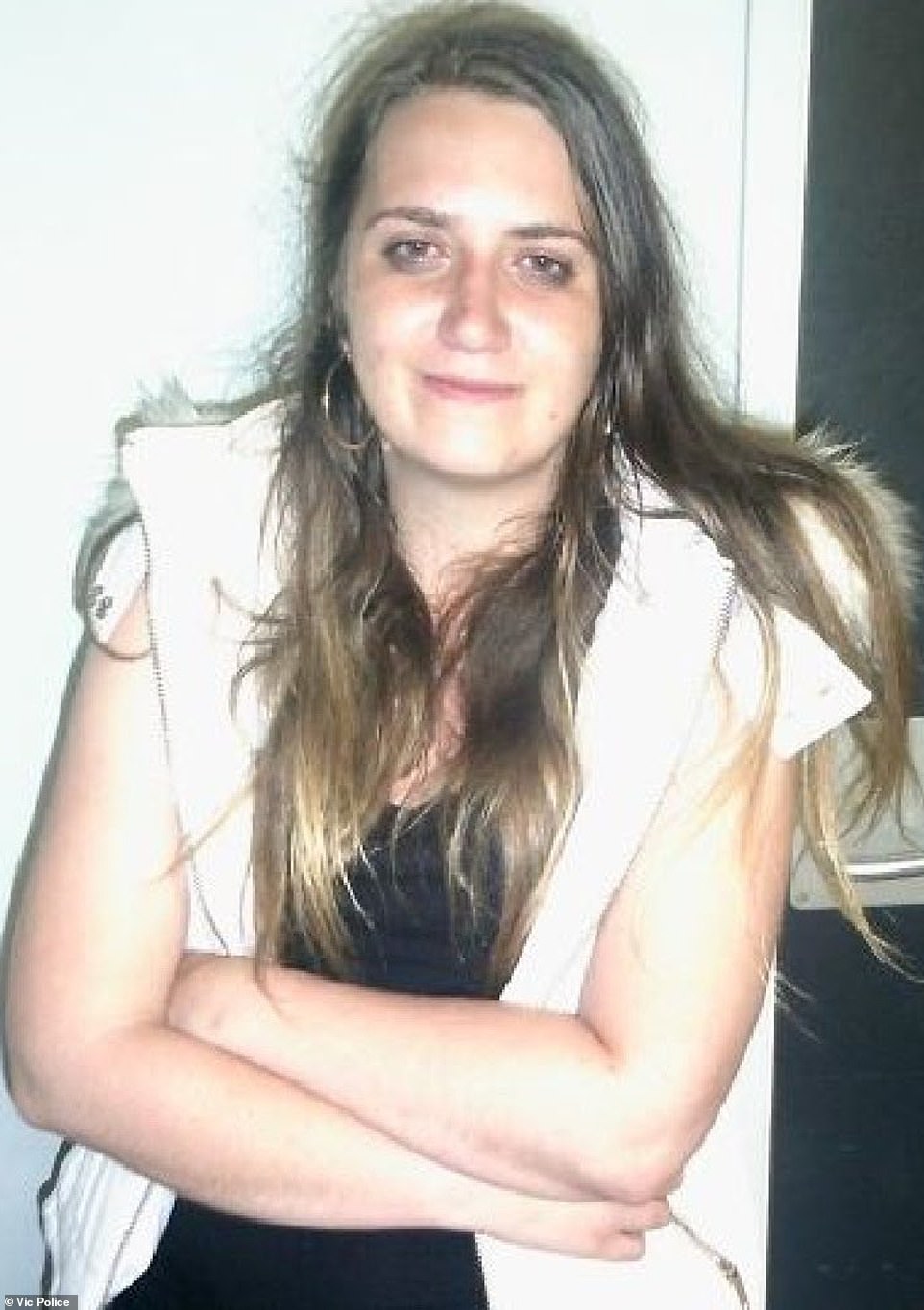 Devastated Melburnians have left flowers at the scene as Ms Herron’s tragic death sparked anger in the city, with police and the Premier Daniel Andrews calling for men’s attitudes to women to change.

‘This is a terrible tragedy,’ Premier Daniel Andrews said on Sunday.

The Premier, who delivered Australia’s first royal commission into family violence last term, said while the state had made significant progress on violence against women, there was more to be done. 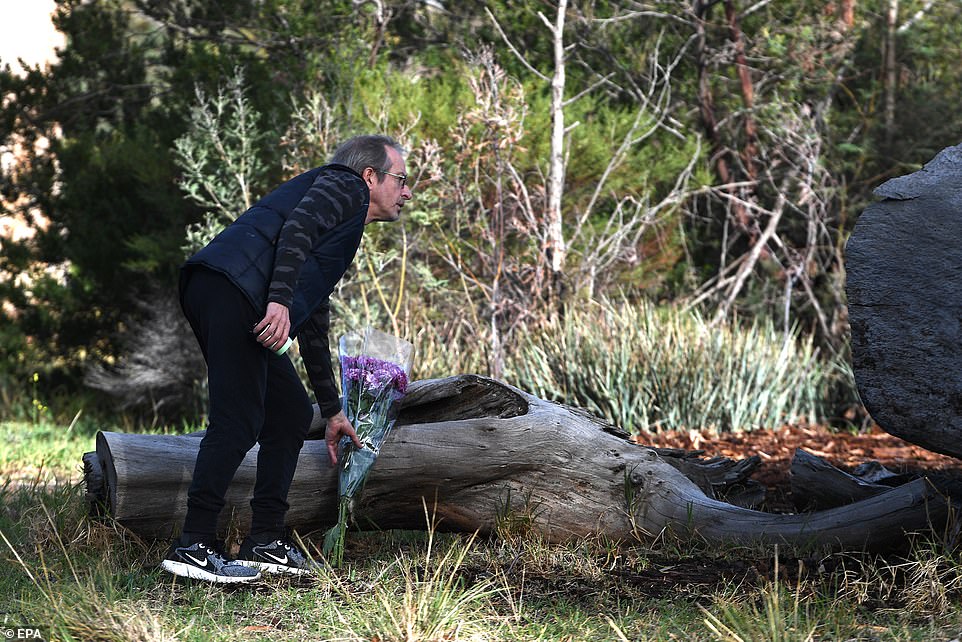 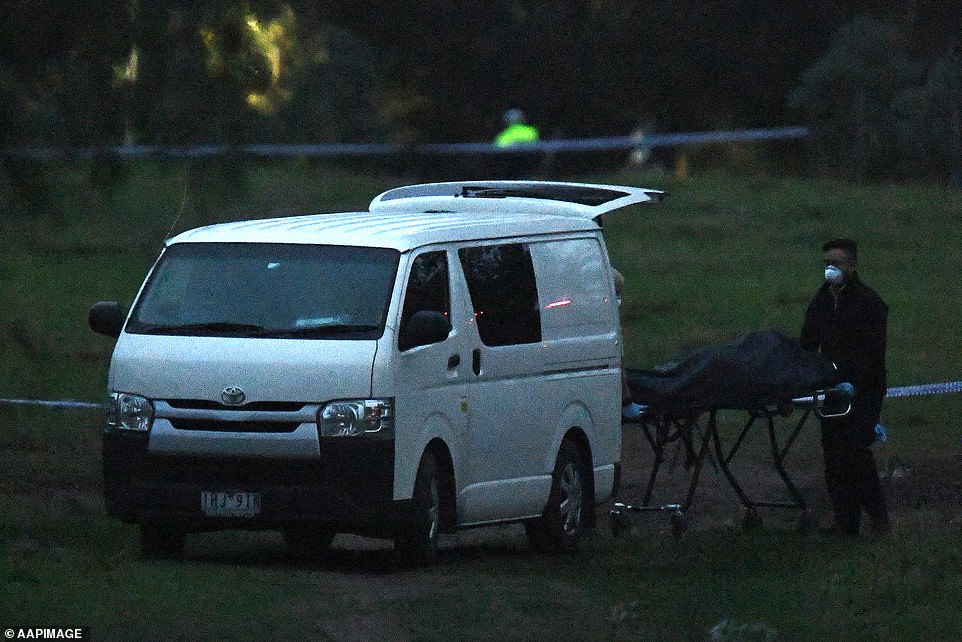 Ms Herron’s body is removed from the scene in Royal Park, Melbourne, on Saturday

Ms Herron’s death is the latest in a series of women killed and dumped on Melbourne’s streets.

Eurydice Dixon’s body was discovered in Princes Park in Carlton North in June last year, just a few kilometres away from the horrific discovery on Saturday.

Ms Dixon, 22, was raped and murdered while walking home from the city at night. 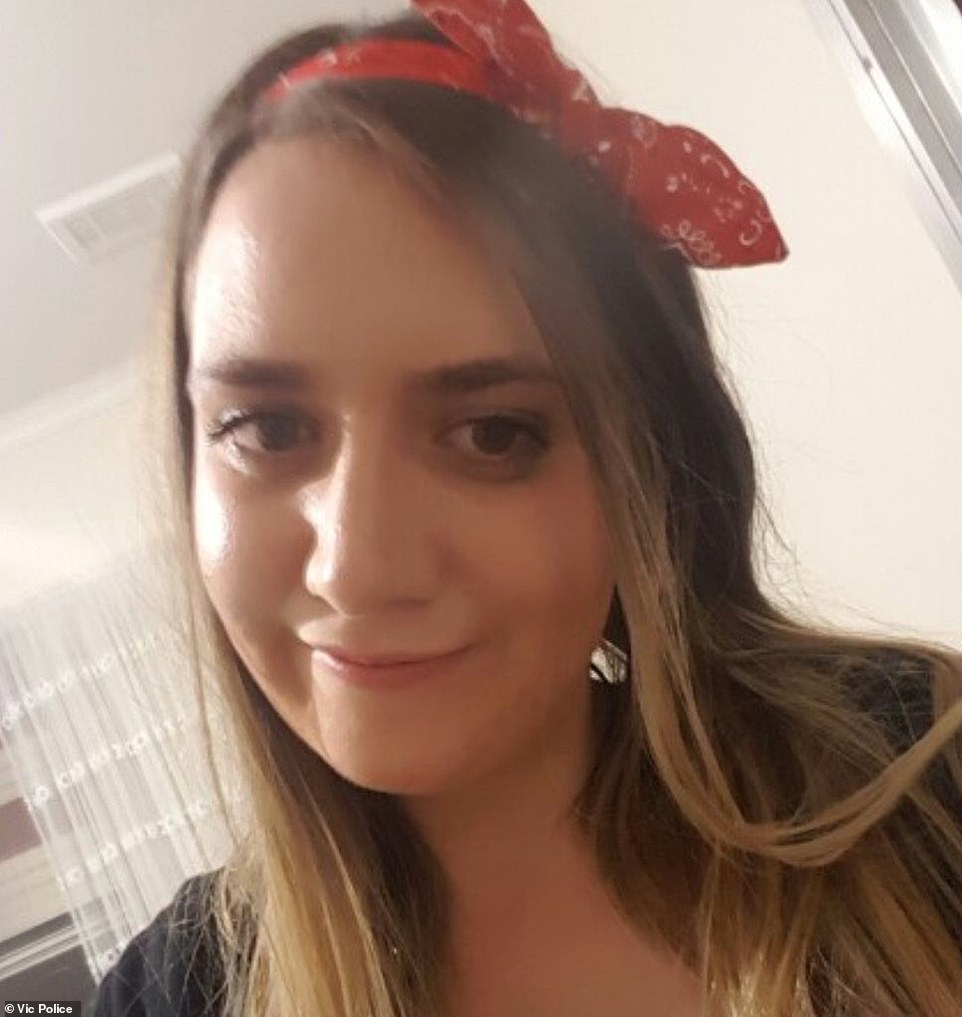 Friends have paid tribute to Ms Herron, who was ‘always smiling and joking’

Courtney Herron, 25, was found by dog walkers in Royal Park, the city’s north, on Saturday morning.

Natalina Angok’s body was dumped in the city’s CBD at the intersection of Little Bourke Street and Celestial Avenue.

Israeli student Aiia Masarwe was on her way home from a comedy show, speaking with her sister on FaceTime, when she was raped and murdered.

The aspiring comedian was walking home from a show at a bar when she was raped and killed by a stranger at Princes Park in Carlton North.

The schoolgirl was on a stroll through Koonung Creek reserve – only a short distance from her Doncaster home – when she was stabbed 49 times.

Renea Lau was raped and killed by when she walked to work in South Yarra early in the morning.

The Irish woman was brutally raped and murdered while walking home from a night out Brunswick.

In April, Natalina Angok’s body was found dumped in Chinatown, allegedly killed by her one-time partner Christopher Allen who has been charged. 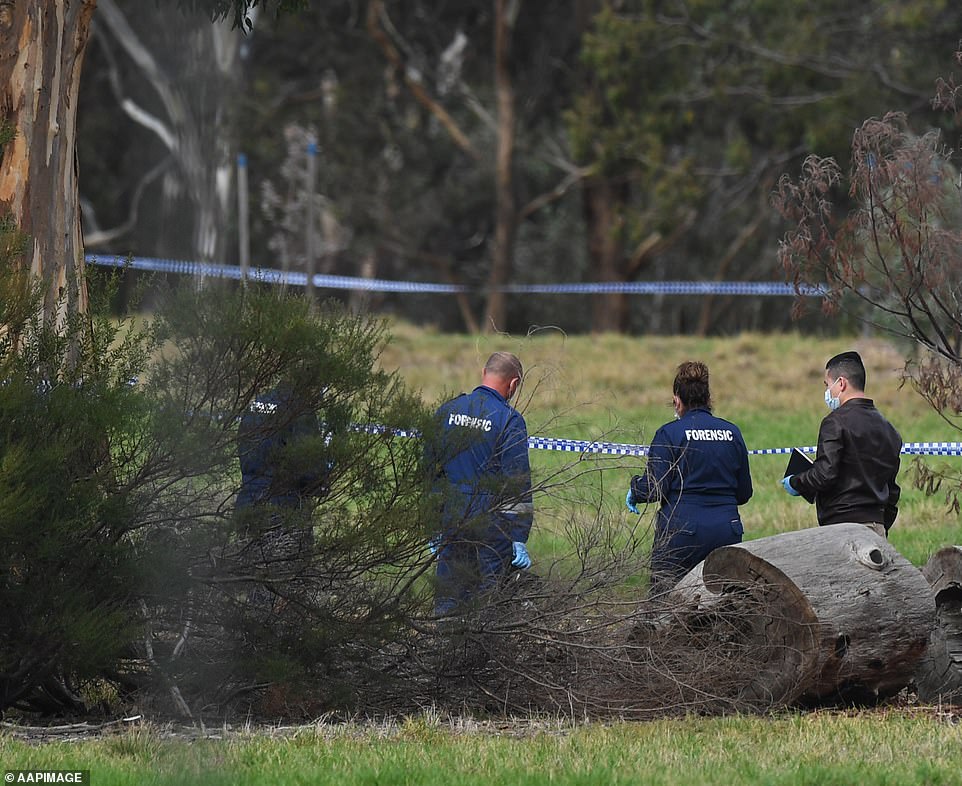 Forensic teams, police and the SES comb the Royal Park for evidence 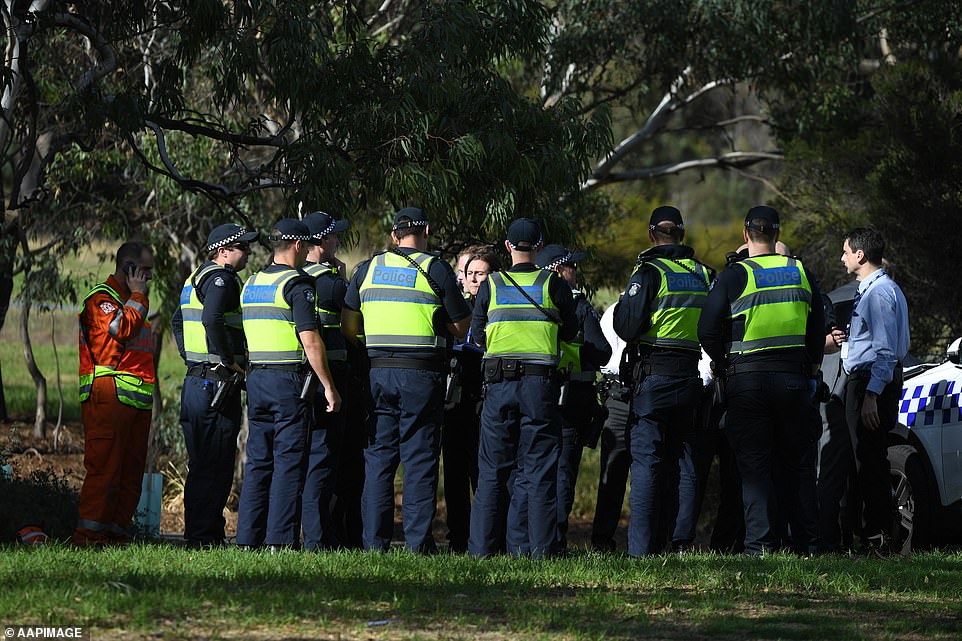 Police are pictured at the scene on Saturday morning

‘This is a horrendous crime, as all murders are,’ Det-Insp Stamper said shortly after Ms Herron’s body was found. 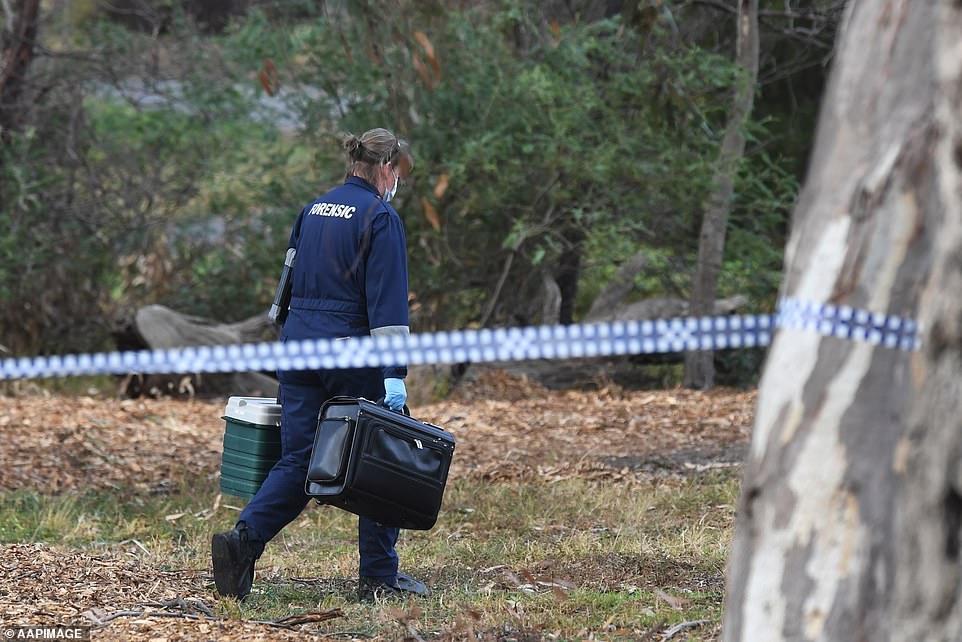 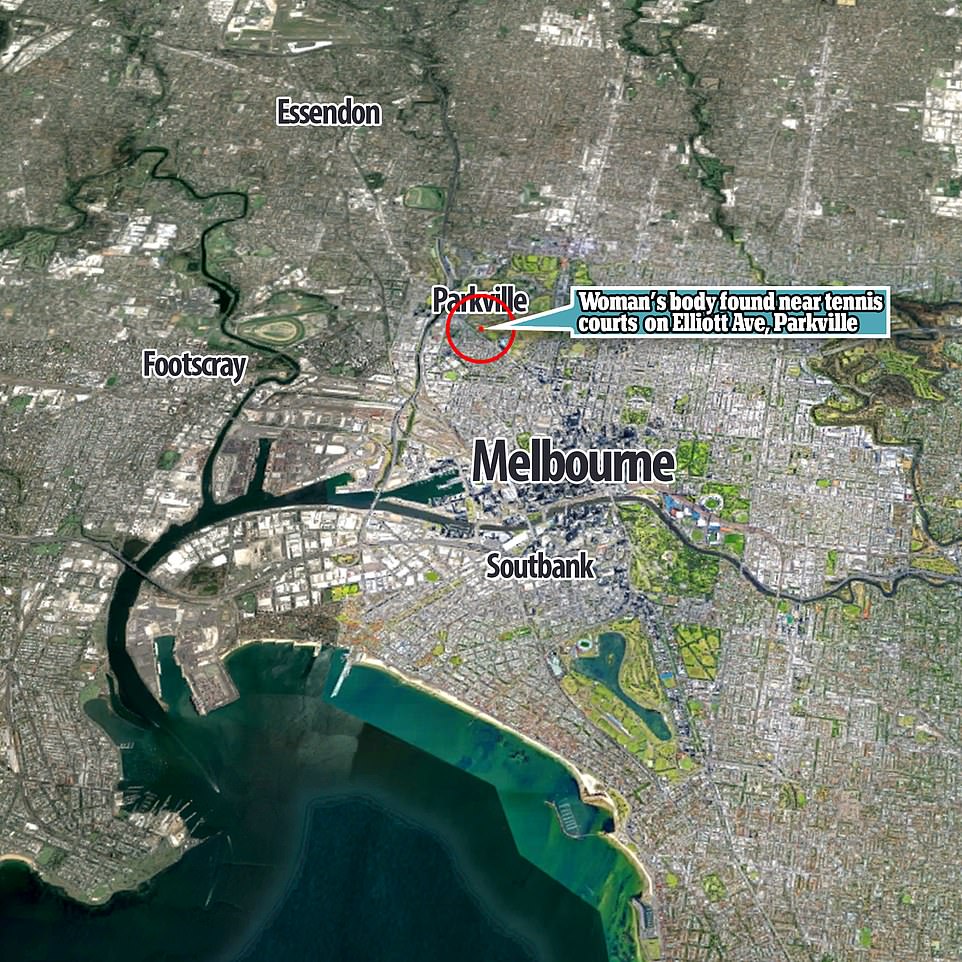 About 1pm Saturday a police helicopter circled the scene more than 10 times, while officers on bicycles rode around the area speaking to locals. 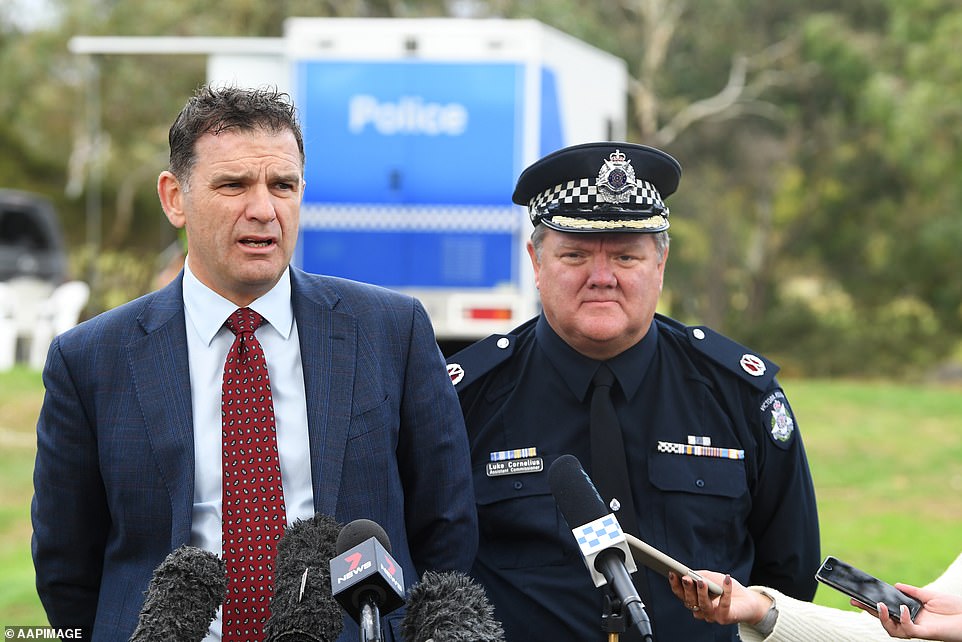