Family of schoolgirl, seven, who died on a camping trip raise £10,000 for charity

The family of a schoolgirl who collapsed in her father’s arms and died during a camping trip has raised almost £10,000 to launch a charity.

Lacey Warburton, seven, had been playing with new toys at the campsite near Halifax, West Yorkshire when she suddenly began to feel unwell.

She became wobbly but told her father ‘I’m fine, Daddy’.

Moments later she collapsed in his arms and despite the desperate attempts of paramedics subsequently died in hospital.

Lacey Warburton, seven, collapsed in her father’s arms while on a camping trip near Halifax, West Yorkshire. Moments before her collapse she had told her father, ‘I’m fine Daddy’ 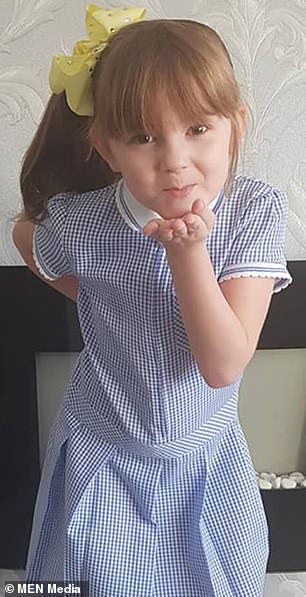 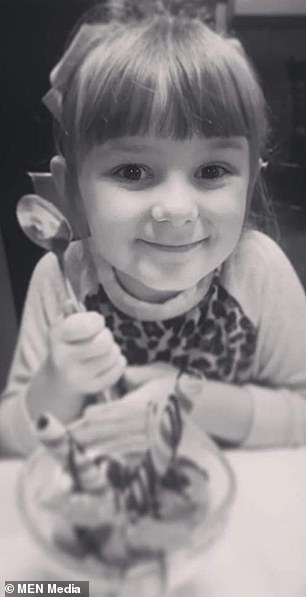 Lacey’s father Ray described the seven-year-old (left and right) as ‘one of the most bubbly people’. He said: ‘She would make friends with any kids. She was the most caring child you could ever meet’

The heartbreaking scene, which her own brother witnessed, has led to a fundraising drive to create a new charity in her memory – entitled Love of Lacey.

Her parents, Jodie and Ray, of Stalybridge, Greater Manchester, now hope to help other parents in similar situations.

Mr Warburton said: ‘The aim is to provide an escape place for another family in our position. That is why we started the fundraising.’

He has previously spoken of his daughter’s final moments, telling The Manchester Evening News: ‘She started to say she felt sick. She fell back onto the floor, I thought she was messing around.

‘Once the ambulance arrived you think everything is going to be all right, but they never brought her back again.’

Describing her personality he said: ‘Anyone that knew her knew she would light up any room.

‘She was energetic, full of life. She was one of the most bubbly people. She would make friends with any kids. She was the most caring child you could ever meet.’

The couple now hope the huge amount of money raised will enable them to finally set up a charity – following the tragic incident on August 14.

A large portion of money needed was raised at a charity ball on Friday, October 19, and was the first event the family planned in tribute to their daughter. 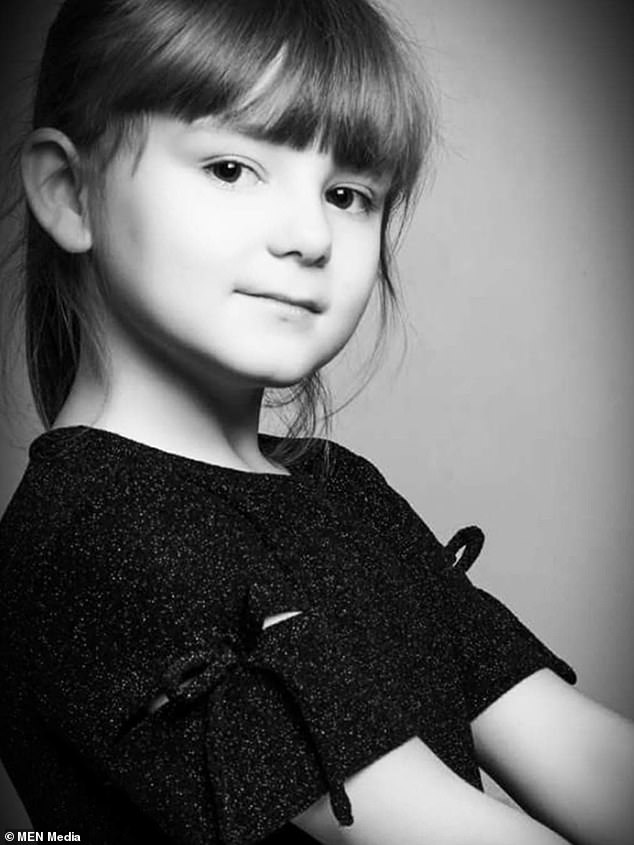 The family of Lacey Warburton (pictured) have raised £10,000 towards a £30,000 target needed to set up a charity in her name. Once established it will be called Love of Lacey

Initially the family were hoping to raise £5,000 towards launching the charity, but the event raised £9,100 in total.

The cause of Lacey’s death is still unknown and further tests are being carried out by medical experts.

But there is some suggestion she may have had a weak heart.

Mr Warburton said: ‘We still don’t know why she died, that is the hardest thing about it.

‘But it is pointing towards a weak heart and sudden death. We still don’t have an answer.’

They are also planning to open an online shop selling merchandise and Love of Lacey wristbands.