The family of a soldier whose PTSD is so severe the sound of a Christmas cracker or party popper can trigger an attack are raising funds for pioneering new treatment.

Father-of-two Neil Edwards, 40, has suffered with regular seizures for years since a tour of Afghanistan left him struggling with flashbacks.

Corporal Edwards, who also served two tours in Ireland and one in Iraq, was discharged in 2017 after 20 years in the British Army.

But after coming home from his six month tour of Afghanistan in September 2013, Neil can have up to four seizures a week, which might be triggered by the most innocent sounds.

Corporal Edwards has been struggling with flashbacks, unable to live normally with his family

He is now so vulnerable, Neil cannot be left unsupervised as even a car horn can trigger a reaction.

Neil’s wife Becky Teague-Edwards, 38, says they finally have hope of living like a normal family again as they now believe his condition could be a result of a brain injury suffered while on tour.

His family is currently raising money for him to be among the first in the UK to undergo a series of tests and treatments that has already shown success among soldiers in the US.

Becky, of Braunton, Devon, has to find an initial £5,000 and hopes it could be the breakthrough they desperately need.

She said: ‘If he does have a brain injury, the treatment is completely different. He will not be reliant on medication, the seizures could stop and we can start to live a normal family life.

‘Neil would be one of the first from the UK to go on this pathway. He has had all treatment available on the NHS for PTSD, but none of it has worked as he is still having seizures. 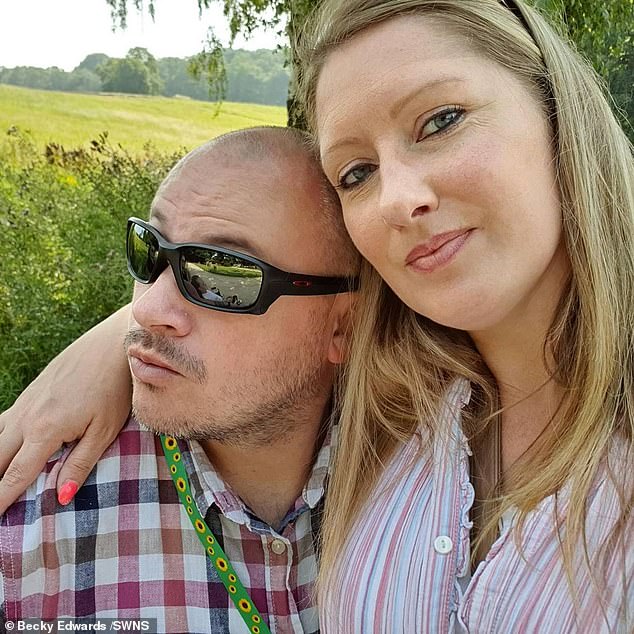 Becky Teague-Edwards, 38, is hoping to raise the initial £5,000 for the treatment he needs

‘He cannot be unsupervised at any time and his PTSD is very complex.

‘If he goes to the supermarket and it’s busy he can be startled by the noise of trolleys or someone bumping into him, which can trigger a seizure.

‘Anything can trigger it, from a party popper to a Christmas cracker to a car horn. The school bell can also cause problems so he can’t do the school run.’

‘We cannot go out anywhere as a family. We cannot go to restaurants, theme parks. or on holiday at busy times. We can’t go through an airport as there are too many sounds and external factors.

‘It affects every aspect of our lives.’

The family have been liaising with specialist trauma psychotherapist Mandy Bostwick, who told them she believes Neil has Blast Trauma Brain Injuries.

The money raised will pay for an MEG scan and for a specialised consultant to examine the results.

Becky added: ‘There is only one neurologist in the UK who can read the results.

‘The scan and diagnosis alone is £3,000 and the treatment is £2,000 and this could change our lives completely.

‘But Mandy is 90 per cent sure Neil has got a brain injury.

‘None of it is available on the NHS or through the MOD so we have no choice but to go private. 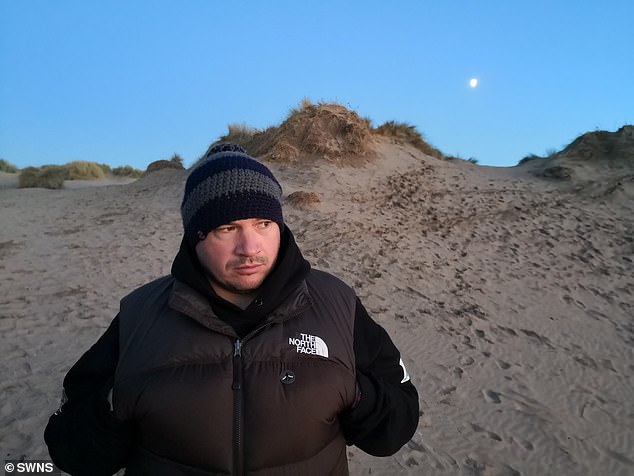 ‘It has been tried and tested on American soldiers and the evidence there – but the UK is not quite there yet.

‘Lots of soldiers have PTSD, but they could also have a brain injury.’

Becky said she noticed her husband had changed as soon as he came home from his six month tour of Afghanistan in September 2013.

She added: ‘He was very snappy and not himself. He used to be the life and soul of the party, but had become very withdrawn.

‘He did not go to the doctors instantly but then at the Christmas party that year a cracker went off and he just said ‘I am not well.’

He had various assessments and was diagnosed with complex PTSD in April 2014. His seizures began in 2016 and he was signed off on long-term sick leave from the military in December 2016.

Neil, who had been promoted to Sergeant, was demoted to Corporal due to being unable to complete a course because of his condition, and was discharged on medical grounds in November 2017.

The couple believe the PTSD was formed through a collective experience from the tour in Patrol Base (PB) Ouellette, in which he experienced attacks almost every day.

But there was one incident that is believed caused the brain injury.

Becky added: ‘The one we are questioning with the brain injury is an indirect fire that detonated after hitting the ground and exploded just a few feet from where he stood. 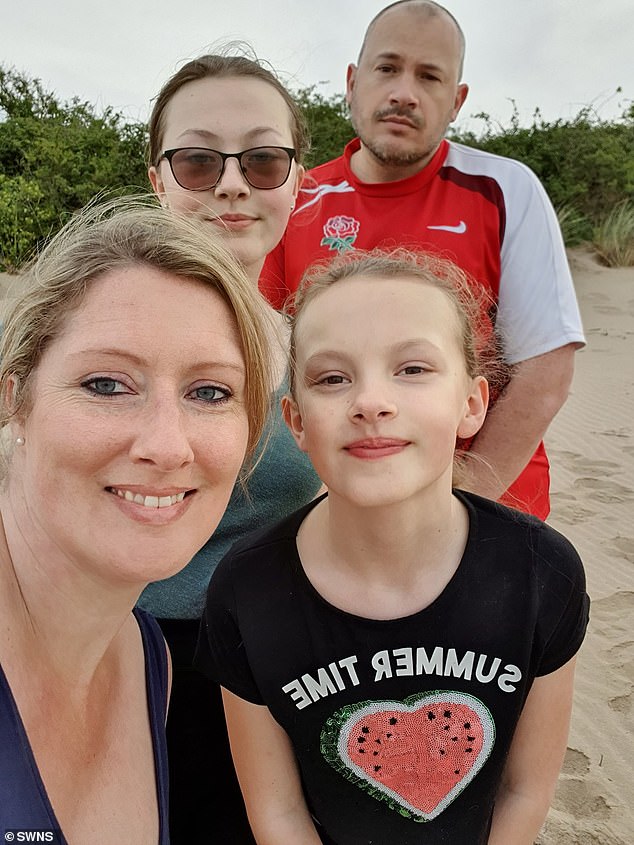 ‘Neil was thrown into a bunker and even though he did not lose consciousness, he was left thinking ‘that was a big and close one’.

‘He had ringing in his ears and felt disoriented. He was later seen by an audiologist, who diagnosed him with tinnitus and blast scarring in his ears.’

Neil, who was part of the Royal Signals and attached to the 2 Scots Regiment for the tour of Afghanistan, had also served in Iraq and had done two tours of Northern Ireland.

‘Some people say they have got PTSD that don’t and that tars everyone else who is genuinely suffering.

‘I was petrified of admitting it as I did not want it to affect his promotion.’

It is understood two other former military personnel are also exploring the same pathway as Neil, but Becky said there could be a significant number who could benefit from it in the future.

She added: ‘For any serving soldier to say I need help is a huge accomplishment and they should be extremely proud of themselves.

‘We want to be open about it to not just try and help Neil with his situation but to help others going through it as well.’

To donate to the campaign visit https://www.justgiving.com/crowdfunding/tbi-neil-edwards