The family of a Welsh journalist who uncovered the horrific truth about a Ukranian famine claims an upcoming film’s depiction of him eating the remains of a dead boy is one of ‘multiple fictions’ invented by the screenwriter.

Gareth Jones travelled to the Soviet Union and onto Ukraine in 1933.

There, he uncovered truths about the Holodomor, a horrific famine that claimed the lives of millions. 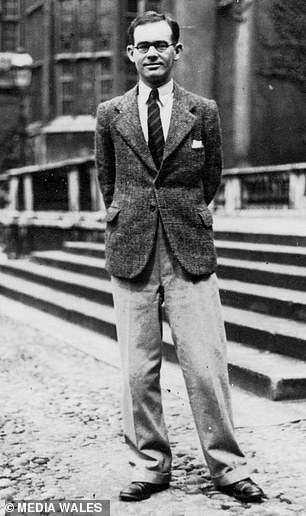 The film ‘Mr Jones’ which is due to be released on February 7 shows Jones – played by James Norton – eating the remains of a young boy.

But Jones’s great-nephew Philip Colley said this is completely false.

He told The Sunday Times: ‘He didn’t witness any dead bodies or any cannibalism, let alone take part in any.

‘They’ve made Gareth a victim of the famine, rather than a witness.’

The film – based on a biography of Jones called More Than a Grain of Truth – also depicts Jones trying to get an interview with Joseph Stalin, meeting George Orwell and with a love interest, all of which was untrue. 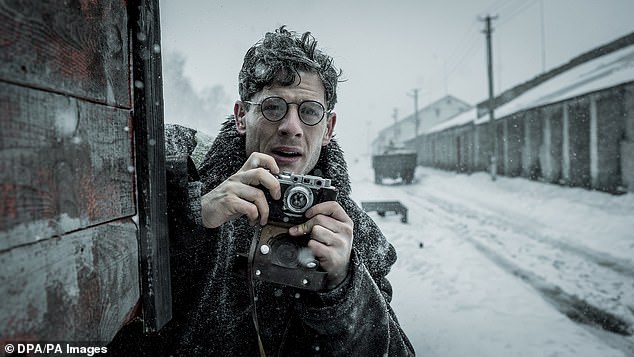 In Ukraine itself the Holodmor — which translates to ‘hunger extermination’ — is often seen as the equivalent of the Holocaust, a gigantic, man-made operation to murder millions of people.

The famine that struck Ukraine in late 1932 and 1933 was one of the most lethal catastrophes in European history.

A film spokesman said: ‘This project is inspired by true events, and like all narrative films, it adds fictional elements to underscore themes and create a cohesive feature.’ 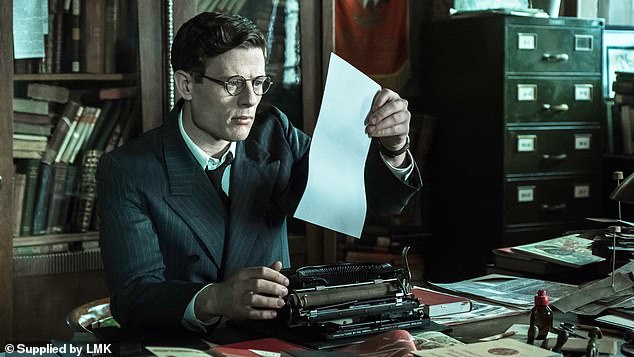 The film (pictured) – based on a biography of Jones called More Than a Grain of Truth – also depicts Jones trying to get an interview with Joseph Stalin, meeting George Orwell and with a love interest, all of which was untrue

The forgotten Holocaust: How Stalin starved four million to death in a grotesque Marxist experiment

After the Bolshevik Revolution of 1917, Ukraine made a bid for freedom, only to be crushed by the Red Army.

It was turned into a republic of the new Soviet Union but still regarded with distrust by Lenin and Stalin.

Determined to consolidate his rule after succeeding Lenin at the top of the Communist system – and increasingly impatient to break peasant resistance and move towards Utopia – Stalin ordered the collectivisation of the entire Soviet countryside. 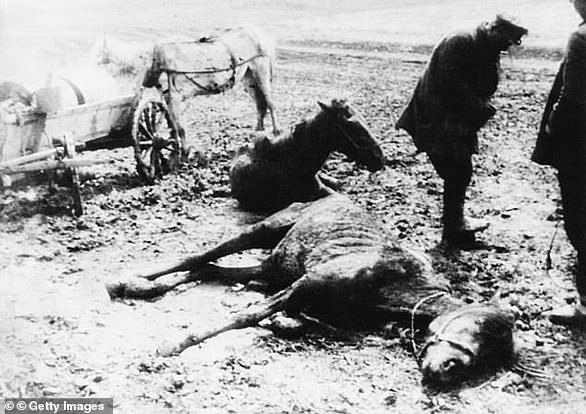 The rest were herded into vast state-run farms where they worked for the greater Soviet good, instead of for private profit.

As Stalin’s thugs roamed the fertile Ukrainian countryside, seizing grain that he could sell abroad reports of growing hardship began to trickle back to Moscow. By spring 1932, secret police reports were full of peasants streaming from their homes in search of food, children swollen with hunger, families living on grass and acorns, even bodies lying in the streets of Ukraine’s cities.

But Stalin did nothing.

Far from intervening to help the afflicted, he blamed Ukrainian nationalists, told the secret police to search ever more closely for hidden grain supplies, and even ordered blacklists of farms and villages.