Family of woman, 18, who disappeared without A trace received creepy telephone calls from mystery person for YEARS as police finally confirm they suspect foul play

A woman’s mysterious disappearance 35 years ago is now being treated as a homicide, police have confirmed.

Stella Farrugia was just 18 when she was reported missing on October 18, 1984, by her boyfriend Wojciech Kubale.

The teenager was never seen again but for six years her devastated family, from Sunshine, Victoria, received creepy telephone calls from an unknown caller.

Family members would answer the call but the person on the other end of the line would remain silent before hanging up.

The teenager was known to be outgoing, kind and generous, but also a little easily led, police said on Sunday.

Mr Kubale told officers he last saw Stella a their home address in  Henley Beach, Adelaide, the day before she went missing.

She had struck up a relationship with Mr Kubale after previously breaking up with another boyfriend.

Stella Farrugia (pictured) was 18 when she was reported missing on October 18, 1984, by her boyfriend Wojciech Kubale

Detective Sergeant Cameron Georg, the Major Crime investigator overseeing the case said: ‘There was a suggested history of domestic violence in connection with both relationships, but there were no reports to police so it is hard to gauge to what extent.

‘During this period she had written to her sister, demanding she make contact by a specific date and saying if she didn’t she would cut off all ties.

‘That date came and went before her sister got around to replying but sadly did not receive a response from Stella.’

Mr Kubale, who died in 2010, told police that he had been out for the day and came home to find Stella’s dog, bank books and personal possessions in the flat but no sign of her.

When he contacted her family weeks after Stella’s disappearance police became more concerned. 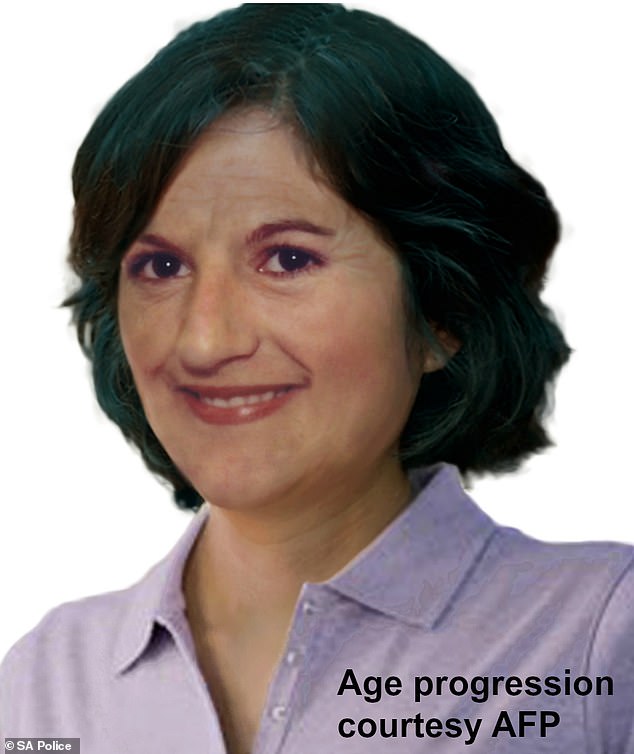 Before she lived with Mr Kubale on Seaview Road in Henley Beach, Adelaide, she had lived with another boyfriend in Mt Torrens, who she met when she was living in Cairns. Pictured in an age progression mock-up

The first is that Stella deliberately chose to move away and break all ties with her family, possibly with the assistance of someone who had offered to support her; or that she had met with foul play.

‘My feeling is that it’s more likely that she’s deceased, given that her story has appeared on a number of occasions in the media and there has been ample opportunity for her to make contact with either police or her family, but she hasn’t,’ he said. 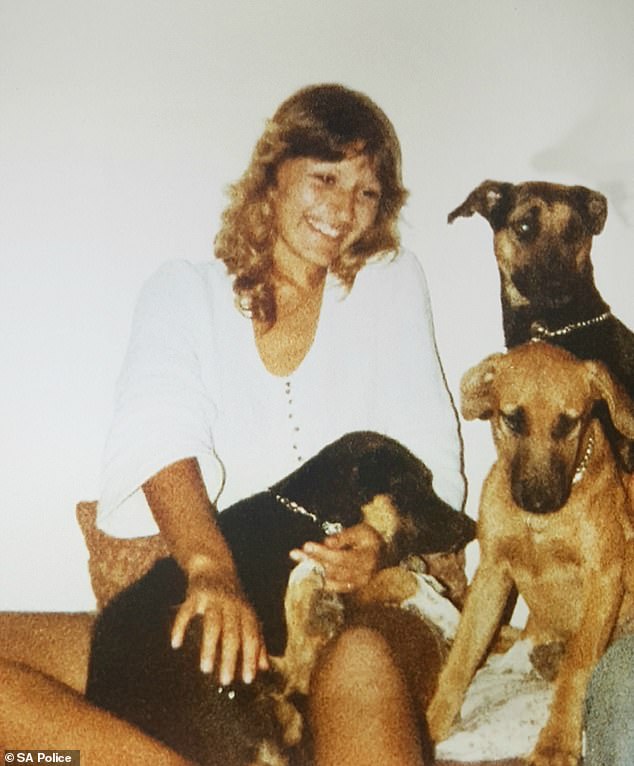 ‘But until such time as you have a body or a confession, there remains that very faint hope that she may be alive.

‘Her disappearance is being treated as a homicide, so there is a reward available if someone is holding on to information.

‘Both of her boyfriends from around that time remain persons of interest in the case, albeit that one of them is deceased.’

Rewards of up to $200,000 will be paid to anyone who provides information and assistance that leads to the conviction of the person or persons responsible for the suspected murder of Stella Farrugia.

Police urge anyone with information on Stella’s disappearance to contact Crime Stoppers on 1800 333 000.