A family are pleading for the safe return of a 12-year-old autistic boy’s therapy support dog after their car was stole with the pooch inside.

Cynthia Niswonger was taking a short break inside a McDonald’s restaurant with son Neeko and a friend when the incident happened in Stockton, California.

They had left Sloan the dog in their green Ford Focus hatchback with the air-conditioning on, at around 3pm on Sunday.

But when Niswonger came back from the bathroom, she saw someone get into her car and when she raced out saw a ‘man driving away in our car’, KXTV report.

The mom screamed ‘leave my dog’ as she chased after the vehicle but it sped off with Sloan inside.

She said that since then devastated Neeko misses Sloan and worries about her safety. She has asked the public to help them in the search for their missing dog. 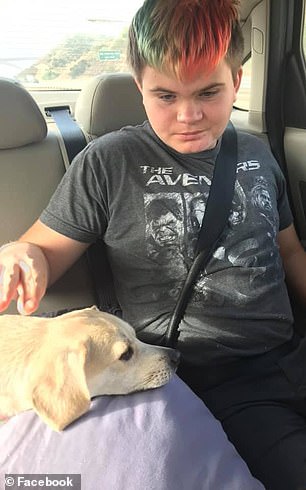 Missing pooch Sloan (left) helps 12-year-old Neeko (right) who has autism to communicate more easily. The small yellow dog, under two-years-old, has been missing since Sunday 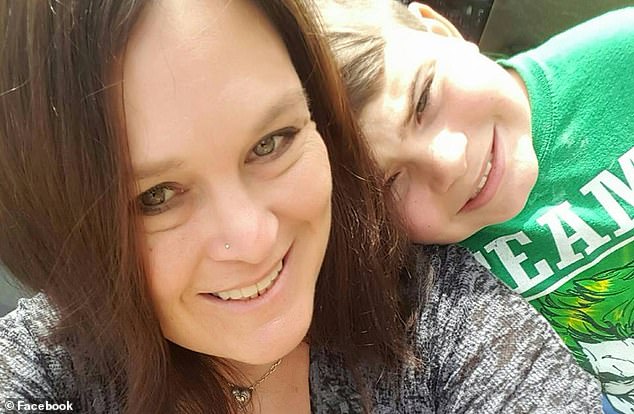 Mom Cynthia Niswonger (left) with son Neeko (right), she says that they didn’t care about the car just the dog, as he is crucial to help her son to communicate

‘As a person with autism, animals sometimes get reactions and connections out of him that he can’t always give,’ Niswonger told the site.

Niswonger was on a trip to back from Oregon to their home in San Diego when the car was stolen from a fast food restaurant on Charter Way. 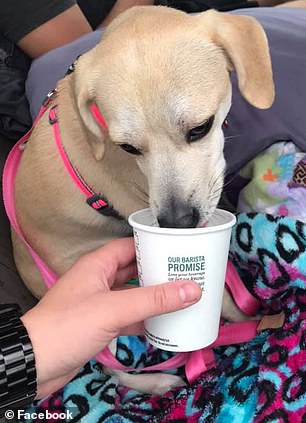 The vehicle was found yesterday less than two miles away on American and 8th streets.

Their luggage was still in the car but Neeko’s iPad that he used to help him talk and Sloan were not found.

Police are investigating the incident, looking over surveillance footage from the McDonald’s and a house near to where the car was found.

They have also taken fingerprints from the car 2000 Ford.

Niswonger wrote on social media: ‘We don’t care about the car we just want our dog back.’

She added that they will not leave ‘until we can visit the shelters, vets, and rescues tomorrow’.

In the meantime, they had also taken taxi-rides ‘looking for her in the worst of places’ – and leaning out of the car calling out her name. 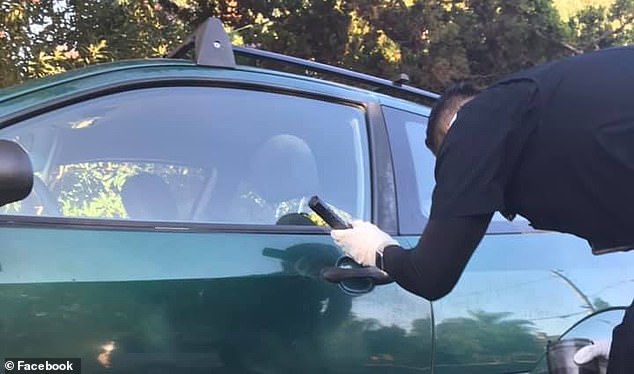 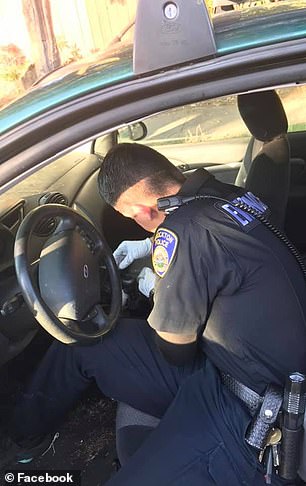 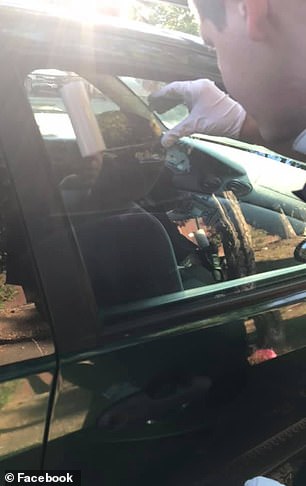 Niswonger also spoke to several people from the homeless community in the hope that they will be able to keep an eye out for the missing dog too.

‘It isn’t safe for us to do more,’ she wrote yesterday. ‘We’ve had to give up for tonight.’

The family have since posted on site LostMyDoggie in the hope of finding the tiny yellow dog, who is under two-years-old.

They wrote that Sloan was wearing a pink halter and leash with a collar and bone shaped tag that bears her name and contact information.

A fundraiser has also been launched to help the family raise $1,000 which will be offered as a reward to anyone who can reunited them with Sloan. As of Tuesday evening $820 has been raised. 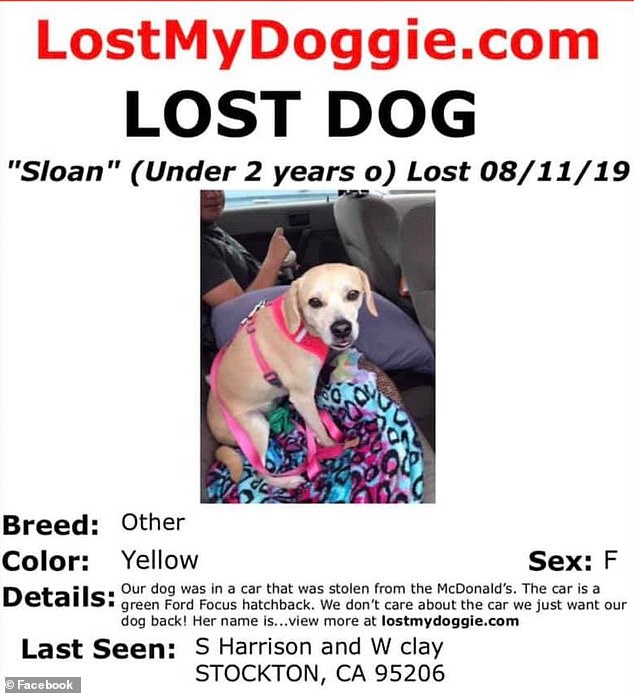 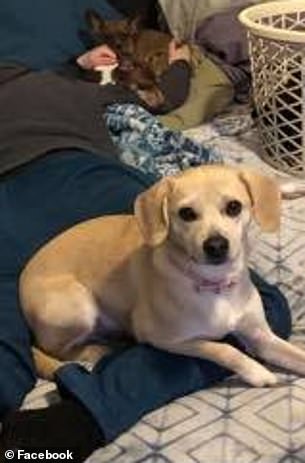 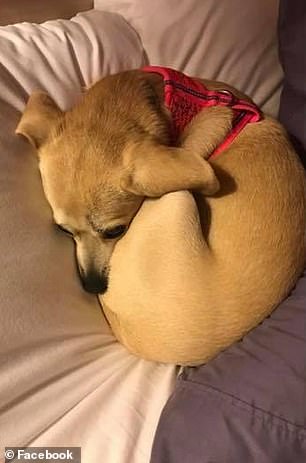 The mom explained that Sloan (above) has helped her son to communicate. They are currently fundraising to offer a reward for her safe return

Around 200 people have shared Niswonger’s posts so far in a bid to help more people know that their dog is missing.

Lisa D’Amico-Wier wrote: ‘Sending good vibes that she will be home and your guys arms very soon. Prayers.’

‘My heart is breaking for you and Neeko. I wish I could do more to help. I’m sharing and praying he’s found,’ commented Debbi De Ru.

Kate Frey replied: ‘I’m so sorry! I hope you still get her back.’