The family of a California Golden Bears rugby player who was paralyzed after a brutal tackle during the Varsity Cup championship match last spring are furious that the opponent is not being reprimanded.

During the team’s national championship match against Arkansas State on May 6 Robert Paylor, 20, received a tough tackle that saw his head smack to the ground, he now suffers from high tetraplegia which has left him paralyzed below the chest.

Robert’s parents, Debbie and Jeff, have released two videos showing the brutal moments leading up to their son’s life-changing injury.

The video shows Robert’s neck tucked in and completely bent forward as a group of players aggressively land on top of him.

Jeff was clearly heartbroken at the decision to not condemn the opponent involved in the tackle as he said: ‘We are very disappointed in both the result of this investigation and the duration of time it has taken since Robert’s catastrophic injury to come to this decision,’ he wrote on his Facebook.

‘We believe USAR has failed the sport and it’s players by not contacting us regarding this investigation,’ he added. 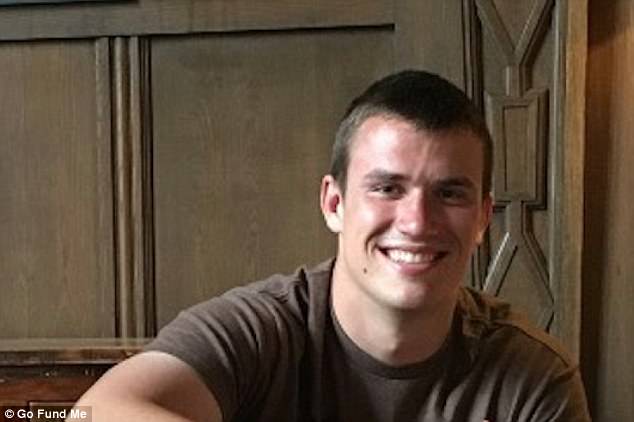 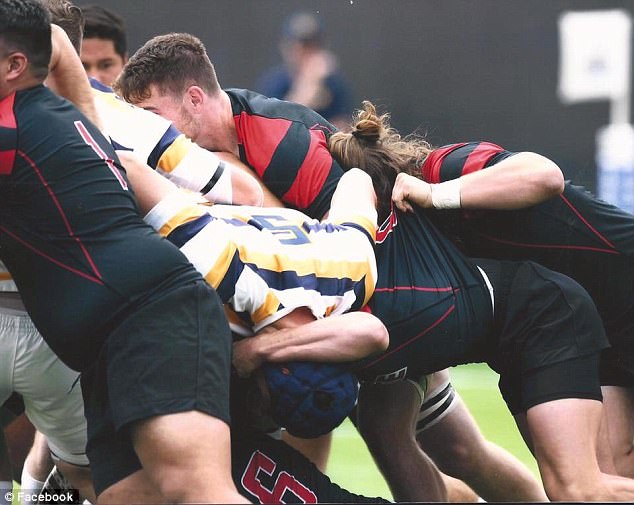 Jeff also blasted the opponent involved in this tragic incident: ‘It is also shameful how neither the coach nor player responsible for this injury from Arkansas State have sent any condolences or concerns personally to Robert.’

Jeff also shared a photo with the videos, which shows the player with his arm round Robert’s neck.

‘The USA Rugby decision is shameful and without merit,’ Clark said in an email. ‘The evidence clearly shows a lengthy flagrant penalty. Dangerous play such as this will result in serious injury more times than not. USA Rugby has failed Robert and failed the game.’ 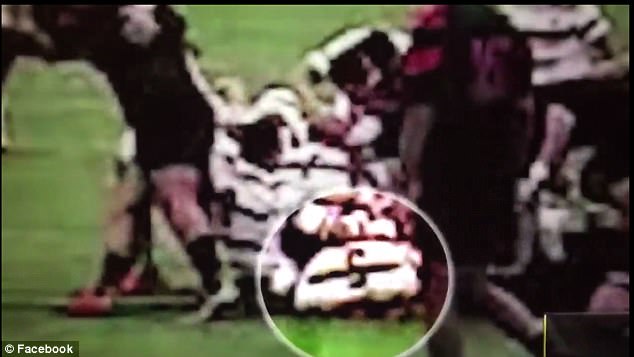 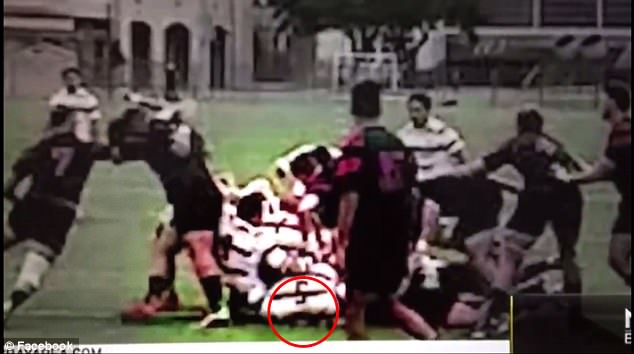 The rest of the players can be seen falling on top of Robert, ultimately paralyzing him 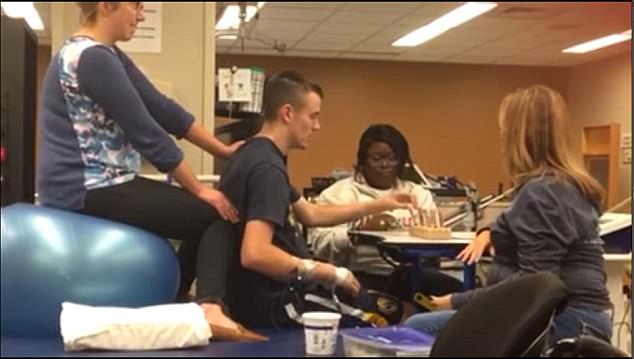 Jack Clark, California Golden Bears men’s rugby coach, sympathized with Robert’s parents as he said back in June: ‘The USA Rugby decision is shameful and without merit,’ he said in an email.

‘The evidence clearly shows a lengthy flagrant penalty. Dangerous play such as this will result in serious injury more times than not. USA Rugby has failed Robert and failed the game.’

Since the injury, $768,840 has been raised on Robert’s GoFundMe page, with $1million being the goal.

They’re raising money due to the hefty medical bills: ‘According to the Dana and Christopher Reeve Foundation, the average expense for the first year with high tetraplegia can be about 1 million dollars and with low tetraplegia, about $769,000.’ they wrote on their page. 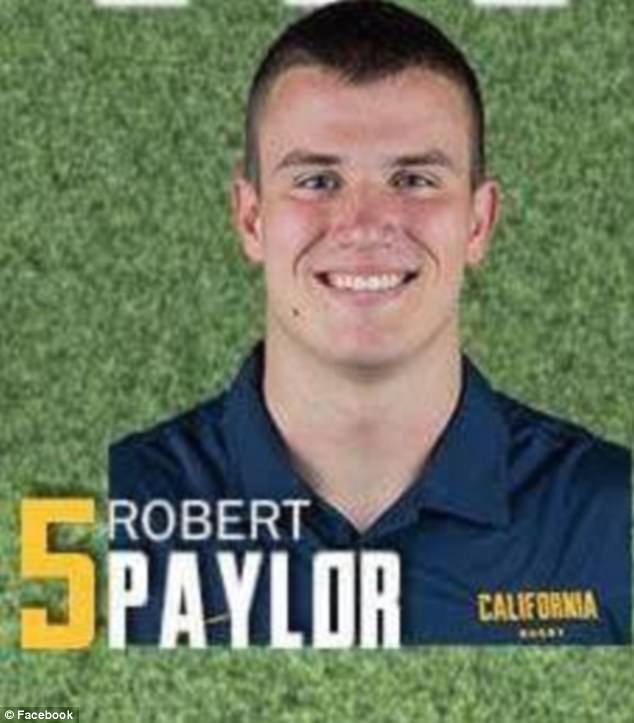 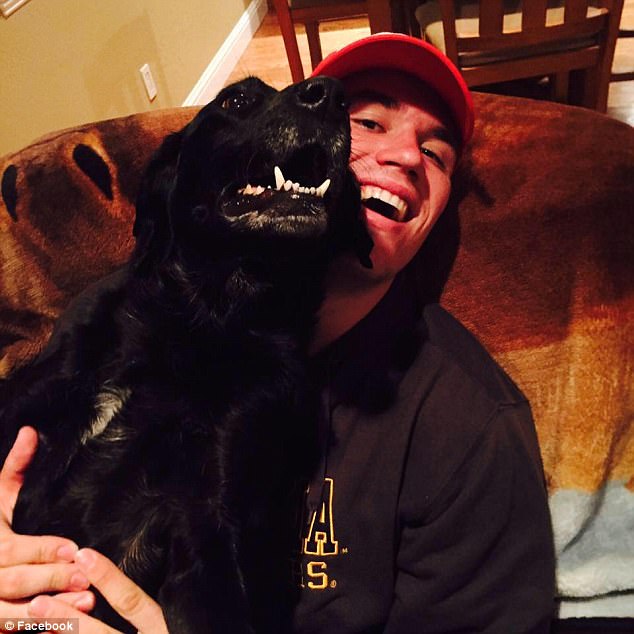 Since his injury, $768,840 has been raised on Robert’s GoFundMe page, with $1 million being their goal

‘This was stated in 2016, and we know how much medical expenses went up last year,’ they concluded.

Paylor was moved to Craig Hospital in Englewood, Colorado, in June, which is a world-renowned spinal cord injury rehabilitation facility.

The 20-year-old continues to recover from what’s called an ‘incomplete spinal cord injury,’ according to NBC.

Daily Mail have reached out to USA Rugby for comment. 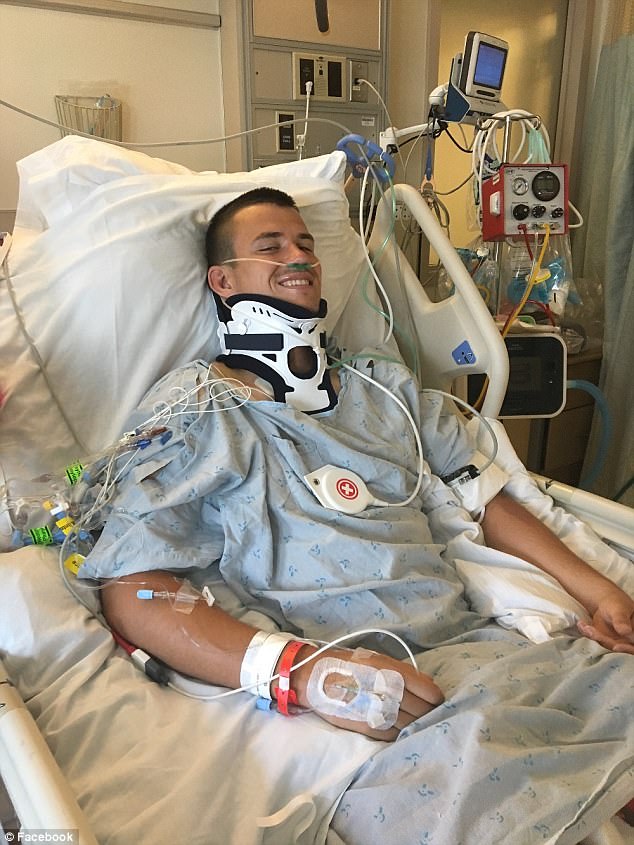