The grieving family of a cameraman who was killed during a fatal stunt on the set of a joint BBC and Netflix drama said he died needlessly.

Mark Milsome, from -on-Wye, Wales, was killed when a Land Rover ploughed into him during the shoot in Achimota Forest outside Accra in Ghana in November 2017.

The night-time stunt sequence was supposed to feature the vehicle going up a ramp and toppling over but an inquest heard that it unexpectedly headed for Mr Milsome, killing him and injuring his colleague Paul Kemp. 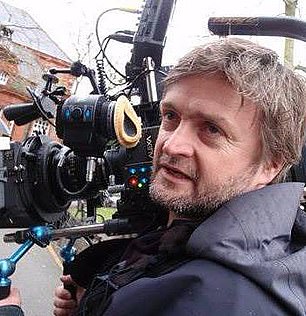 Addressing the coroner before he gave his ruling widow Andra, (left) said tearfully: ‘No-one should ever die for the sake of a shot’ (Pictured right: Mark Milsome)

Mr Milsome, who had been involved in big-screen hits such as the James Bond film Quantum Of Solace, was working for production company Forgiving Earth Limited at the time.

The 54-year-old was filming for the series Black Earth Rising which starred Michaela Coel and John Goodman.

He said: ‘Mark Milsome died an accidental death. Shortly before the execution of the stunt, the risk of Mr Milsome being harmed or fatally injured was not effectively recognised, assessed, communicated or managed.’

The inquest heard the father suffered multiple injuries, including high cervical spine injury, and was pronounced dead after being taken to hospital.

Addressing the coroner before he gave his ruling, Mr Milsome’s widow Andra, said tearfully: ‘No-one should ever die for the sake of a shot. 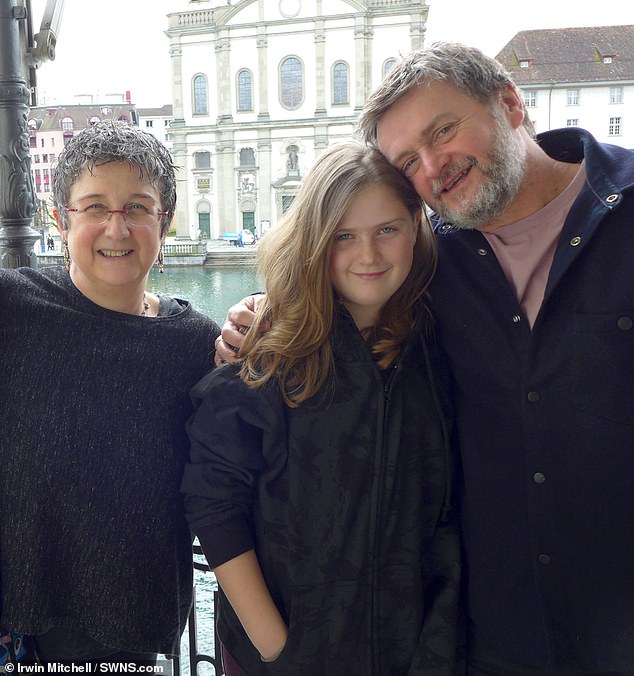 British cameraman Mr Milsome pictured with his daughter Alice, 14, and widow Andra Milsome, 58, who told the court ‘No-one should ever die for the sake of a shot’

Originally from Barnes in west London, the cameraman had more recently lived in Hay-on-Wye, Wales, with his wife and their daughter.

Mrs Milsome said his death had ‘left our world void of life, love and laughter’.

The victim’s father Doug, a cinematographer who has worked with director Stanley Kubrick and on Bond films, said at the inquest’s opening earlier this week that standards of professional stunt crew and producers ‘should never have allowed’ his son to die.

The Game of Thrones cameraman’s mother Debbie and sister Sarah Harrison also attended each day of the inquest.

The four-day sitting heard from the original stunt coordinator – who had no role in the final stunt – that there was a ‘golden rule’ that cameras in front of a moving vehicle should be unmanned. 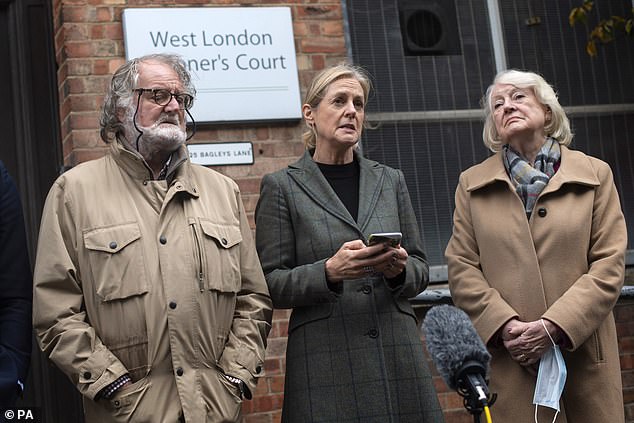 Grieving: The Game of Thrones cameraman’s father Doug, sister Sarah Harrison and mother Debbie all attended the inquest. After the inquest, Ms Harrison said the family were grateful the coroner has taken steps which seek to address failures across the television and film industry

It also heard that the stunt coordinator John Smith was brought in just three weeks before the incident, that the speedometer in the Land Rover was not working and that there was no overall safety briefing before the stunt took place on November 18.

The coroner also previously heard the stunt driver and arranger were generally unknown to the crew, and having a manned camera near the stunt went against a risk assessment.

Injured Mr Kemp told the inquest he had no safety concerns ahead of the stunt, having checked ‘multiple times’ with the stunt co-ordinator if the position he and Mr Milsome would be in was safe. 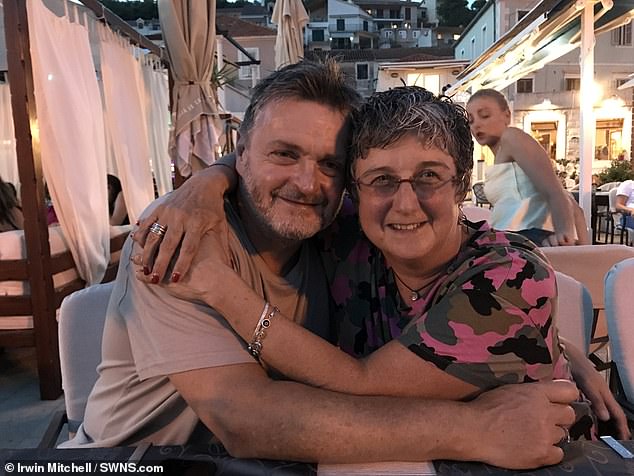 The vehicle was estimated to be travelling at 47 kilometres per hour when it left the ramp, expert evidence based on experiments using video footage of the incident suggested.

After his death, the family launched the Mark Milsome Foundation (MMF) to nurture young film-making talent. Stars including Robert De Niro, Dame Judi Dench and Johnny Depp have backed the cause by wearing the organisation’s T-shirts.

After the inquest, Mark Milsome’s sister Sarah Harrison said: ‘We are deeply thankful for the coroner’s comments today, outlining the failures that led to the death of our beloved Mark. We are also grateful for the steps he has taken, which seek to address those failures across the television and film industry.’

She added: ‘Through our work with the Mark Milsome Foundation over the past three years, we have sought to raise awareness of the circumstances leading to Mark’s death, and initiate lasting change in the health and safety practices of the industry. In the creation of the films and programmes we all enjoy, we want to ensure that the safety of the cast and crew remains paramount. 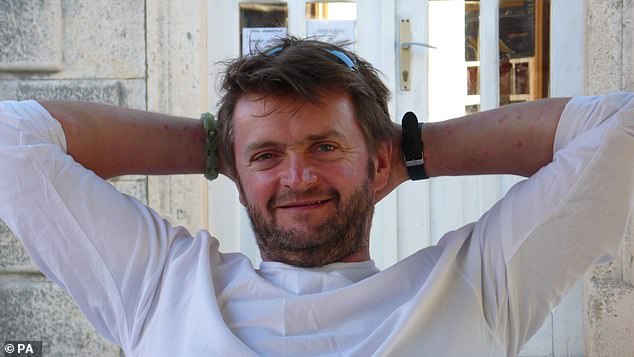 The inquest heard a Land Rover Defender ploughed into Mr Milsome during the stunt, but there had been no safety briefing for crew on site before filming started

‘We hope that no family again has to endure the heartbreak we have faced.’

Neill Blundell, from Macfarlanes solicitors, representing Mark Milsome’s parents and sister, said: ‘The coroner has indicated today that he has sufficient concern regarding industry practices that have been outlined at the inquest this week, to take steps towards the issuance of a Prevention of Future Deaths Report, known formally as a Regulation 28 report.

‘A Prevention of Future Deaths Report is issued where there is sufficient concern that circumstances creating a risk of further deaths will occur, or will continue to exist in future, and action should therefore be taken to prevent those circumstances reoccurring.

‘Mark’s family and his foundation have worked tirelessly to initiate change in the television and film industry over the last three years, helping to ensure that the events leading to his tragic death cannot reoccur. The coroner’s comments today are a vindication of those efforts.’