Family shares photos of woman, 88, with Alzheimer’s to show the change due to loneliness in lockdown

A North Carolina family has voiced concern over the dangerous impact loneliness and isolation is having on their elderly mother as a result of the coronavirus lockdown.

The family of 88-year-old Peggy Wall shared two shocking pictures of the nursing home resident that showed her dramatic deterioration since lockdown began.

Wall, who has Alzheimer’s, did not get infected with coronavirus but has instead suffered from the loneliness of not being able to see her family.

Her son Tim told WFMY-TV that he believed ‘isolation really is worse than the virus’ when it came to his mother’s health in the Kernersville nursing home. 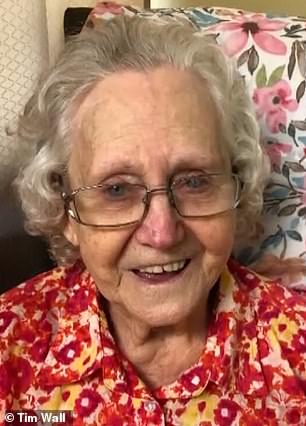 Peggy Wall, 88, has not seen her family in four months because of the strict ban on visitors to her North Carolina nursing home due the coronavirus pandemic. Her family shared these picture of her before the lockdown (pictured left) and now (pictured right) to show the impact that loneliness and isolation has had on her heath as they call for the ban to be lifted

Wall has not been able to see her family in person for four months due to the strict ban on visitors for nursing home residents.

Care homes were among the first hotspots to emerge as the pandemic hit the United States with thousands of residents dying across the county.

‘It just feels like you’re seeing them disappear before your eyes and there’s nothing you can do about it,’ Tim said.

He shared two pictures of his mother – one from before lockdown and one how she looks now – to highlight the stark change in her appearance over the past few months.

While still smiling, Peggy’s features appear more shrunken as she enters into yet another month of family separation.

‘I know their hands are tied. They have to do what the governor has mandated, but its not a holistic approach. It’s a warehouse; they’re fed and watered,’ Tim added, as he spoke about the regret of not being able to spend the last few months with his mom.

‘Time is not your friend, you have to live in the moment. And we’ve lost so many moments. During this time. And just trying to figure out what more can I do.’ 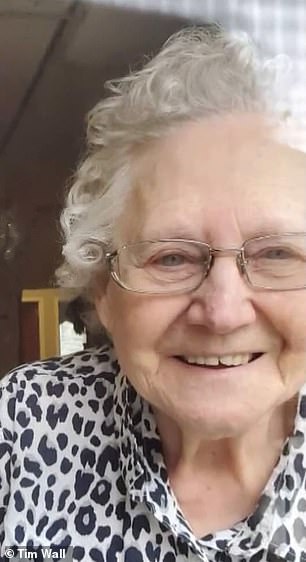 Peggy, 88, who has Alzheimer’s, has suffered dramatically from being unable to see her family, her son Tim says

Many other families have the same concerns as they call for the strict regulations at nursing homes to be changed and for families to be allowed visit their loved ones once more.

They argue that visitors should be allowed if PPE, social distancing and testing is used to ensure residents are safe.

Families also argue that a visitor who has tested negative for coronavirus and is wearing protective gear would be the same as a member of staff.

‘The staff is going home to their lives at the end of their shifts each day. How is that any different than me visiting if I am adhering to the same safety guidelines?’ one family member told WFMY-TV.

‘For a lot of these patients it’s a matter of life and death so the conversation has to be had and it has to be heard,’ added Priscilla Jean-Louis, whose mother has dementia.

‘What you’re seeing is a decline, a quick decline in the health of these family members. They’re not dying from COVID, they’re dying from isolation.’

She says that she will be using her platform as a blogger to push the issue and put pressure on the Federal Nursing Home Commission for COVID-19 to make the necessary changes.

The push from families comes after the White House established the Coronavirus Commission for Safety and Quality in Nursing Homes, where some advocacy groups have begun to send their suggestions.

The groups believe that outdoor visits and wearing protective gear should now be allowed. 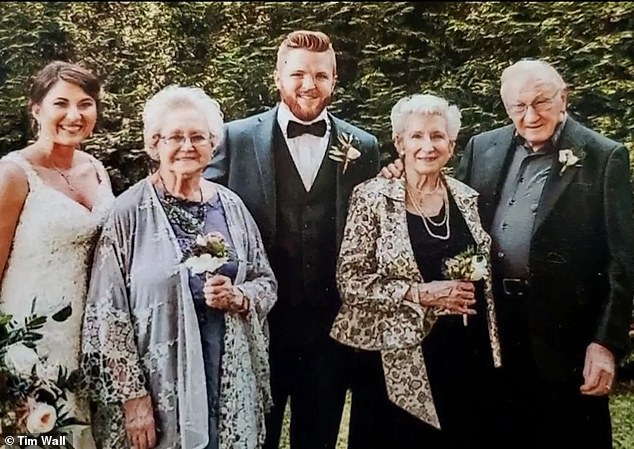 Peggy, pictured here second from left with her family, is facing yet another month of people unable to have a visit from her family as the coronavirus pandemic and lockdowns continue

Coronavirus deaths continue to rise in the U.S. although have not returned to the shocking numbers seen in March and April.

The outbreak in the first few weeks ravaged through nursing homes while infections this summer have been in younger, healthier individuals.

Hospitals have also found better treatments, such as putting patients on their bellies and using the antiviral drug Remdesivir.

However, nursing homes are still the hardest-hit sector in the U.S. in terms of COVID-19 deaths.

Deaths have been so high because their populations are elderly and live in close quarters with one another, making them more vulnerable. 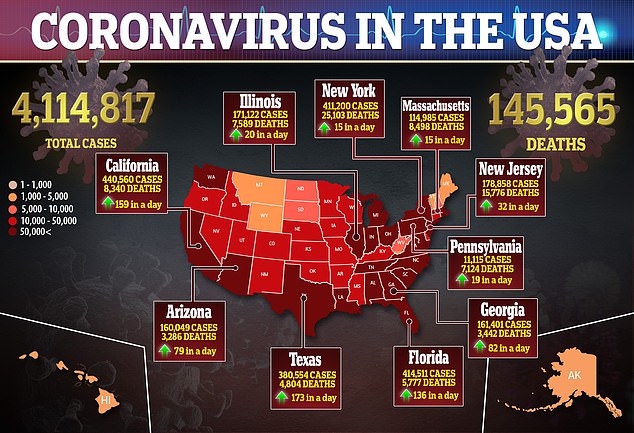 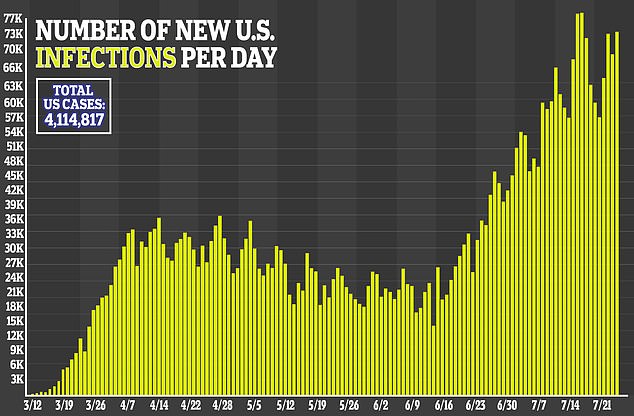 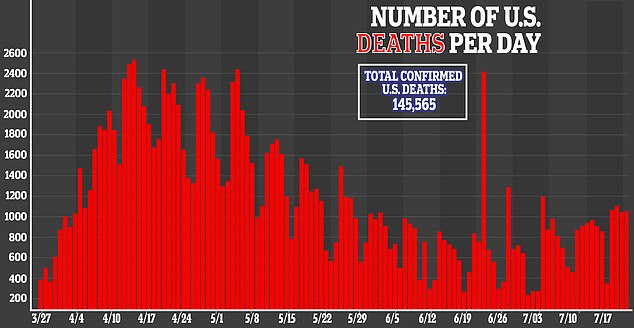 In Florida alone, 2,550 long-term care residents and staff have died overall, accounting for about 45 percent of all virus deaths in Florida.

The federal government sent 14 million masks and 13 million gowns to nursing homes, but some Florida providers said they were unusable.

Others didn’t receive them at all.

About 180 out of every 10,000 long-term care facility residents have died so far in Florida, a toll that is still far lower than some northeastern states, which saw deaths surge at the height of the pandemic in March and April.

There have now been over 4.1million coronavirus cases in the U.S. and more than 145,000 deaths.