Family slams female teacher, 27, who performed sex acts on their son, 13, in a classroom

Brittany Zamora, 27, a teacher from Arizona, has been accused of having sex with a 13-year-old student on three occasions and performing oral sex on him in a classroom

The family of a 13-year-old boy whose teacher allegedly performed oral sex on him in a classroom have branded the married woman a ‘monster’ and called for her to be locked up for life.

The child’s father and stepmother broke their silence a week after Brittany Zamora, 27, was arrested on suspicion of sexually abusing the student at Las Brisas Academy Elementary School in Goodyear, Arizona.

The pair reported Zamora after they found her lewd text messages on their son’s phone, and now plan to file a civil lawsuit against the school district for failing to stop the alleged abuse.

The boy’s father, who asked to remain anonymous, told AZFamily: ‘You teach your kids there’s no such thing as monsters at all. But in the real world, there are monsters. Brittany Zamora is a monster.’

According to the stepmother, who also asked not to be named, Zamora began grooming her pupil using a classroom group chat.

‘It just progressed from there,’ she said. ‘He was taken advantage of. She was just using him for her own grotesque benefits.’

Court documents state Zamora had sex with her student on three occasions and performed oral sex in the classroom and in her car between February 1 and March 1. 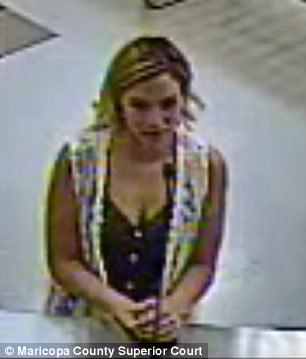 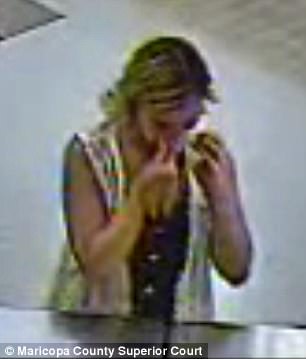 At her initial court appearance on Friday (pictured above), Zamora said: ‘I’d love to go home to my husband.’ The child’s parents have slammed Zamora and called her a ‘monster’

The father added: ‘A big thing for us is that we want people to understand, just because it’s a boy makes no difference.

‘It’s the same. It’s a 13-year-old child who got taken advantage by a monster. I want her to spend the rest of her life in prison.’

The boy’s parents recently claimed Zamora’s husband Daniel called them and begged them not to report his wife to police after they saw her sexual texts, saying she had made a mistake.

During one text exchange, which presumably followed one of the pair’s alleged sex romps, the boy wrote that he wanted to have sex with her again.

‘I know baby! I want you every day with no time limit,’ Zamora was alleged to have responded to him, reported AZcentral.com.

She also allegedly wrote to him: ‘If I could quit my job and (have sex with) you all day long, I would,’ according to court records. 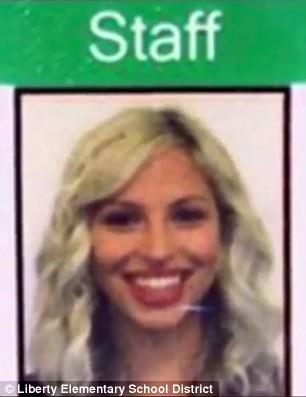 When interviewed by police, the boy claimed his relationship with his teacher started when Zamora began ‘flirting’ with him in a classroom chat group.

The parents of the alleged victim told police that Zamora’s husband ‘harassed’ the father over the phone, begging him not to go to the authorities and insisting that his wife had ‘made a big mistake, but that she loved the kids,’ according to the documents.

Zamora made her initial court appearance on Friday, telling a court commissioner: ‘I’d love to go home to my husband.’ 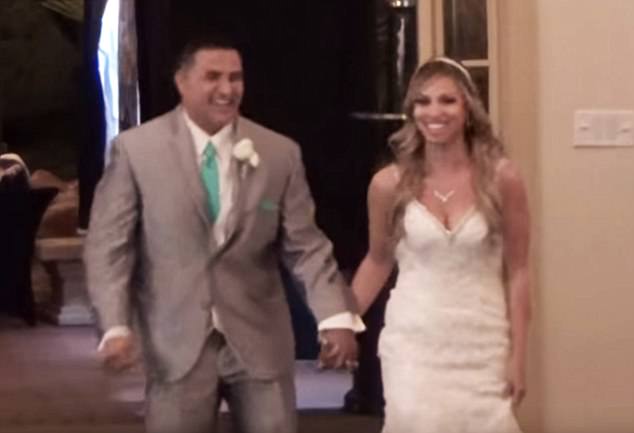 Zamora had taught at the Goodyear school for less than a year.

According to Fox10, Zamora was known by parents as a wife and teacher of the year. They said she was the ‘most sought-out’ sixth-grade teacher.

She married Daniel Zamora, whom she has known since she was 16, in 2015. They don’t have any children.

‘From the moment we first saw each other, we had been falling for one another. So, it was only appropriate to ask Brittany [to marry me] while falling; a.k.a. skydiving,’ Daniel wrote on a blog about his over-the-top marriage proposal.