Mystery and confusion have surrounded the apprentice bricklayer’s disappearance from his hometown in the New South Wales Hunter Valley ever since he went missing on a Sunday evening on November 13, 2016.

She calls ‘the story’ of Zac running from a car toward the bush in a distressed state ‘absolute bullsh*t’ – but that doesn’t mean she is any closer to finding out what actually happened to him.

The mother-of-six has worked around the clock, launching search parties and hunting for clues about her middle son’s disappearance – all to no avail.

She is currently in the process of orchestrating a coronial inquest into Zac’s disappearance, desperate to have her questions answered. 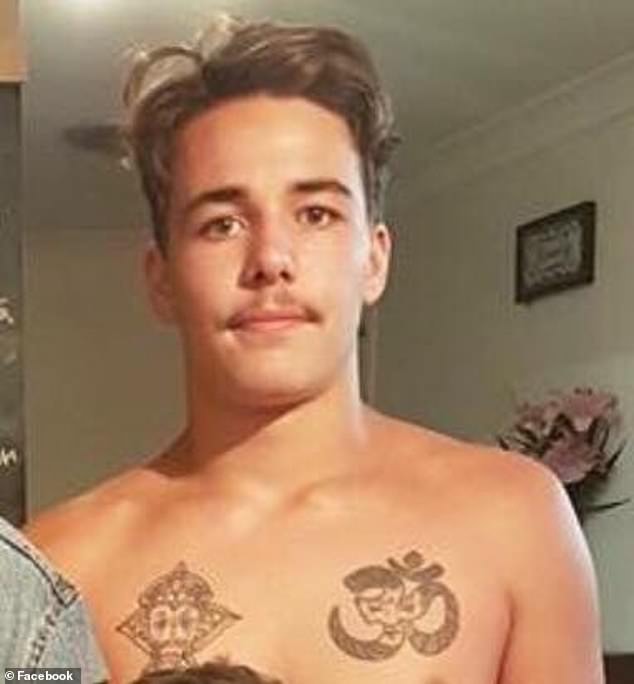 The apprentice bricklayer disappeared from his hometown in the New South Wales Hunter Valley region on a sticky Sunday evening on November 13, 2016 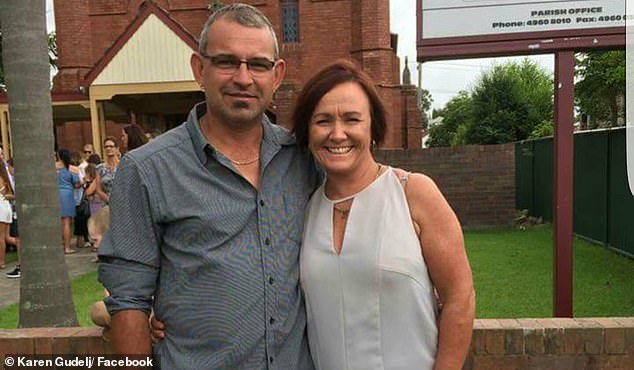 Zac’s parents (pictured) are determined to find out what happened to Zac, and say they will stop at nothing

‘I have so many questions to ask the two people he was last with in the car, yet they won’t talk to me,’ Ms Gudelj said.

Those two young men were the last to see Zac. They claim they were driving through Thornton, in Newcastle, when he suddenly panicked and jumped out of the car on the corner of Tripp Close and Haussman Drive, before running into bushland nearby.

But some things don’t add up.

In particular, Ms Gudelj can’t understand why the two young men have since withdrawn any assistance in solving the mystery of his disappearance.

‘Why withdraw from helping the family find your so called best mate?’ she asked.

‘Because you feel victimised? We are only trying to understand how he could disappear into thin air.

‘You were the very last two to see him. It is only your word that he got out of the car where you say. There are no witnesses to confirm or deny your story.’ 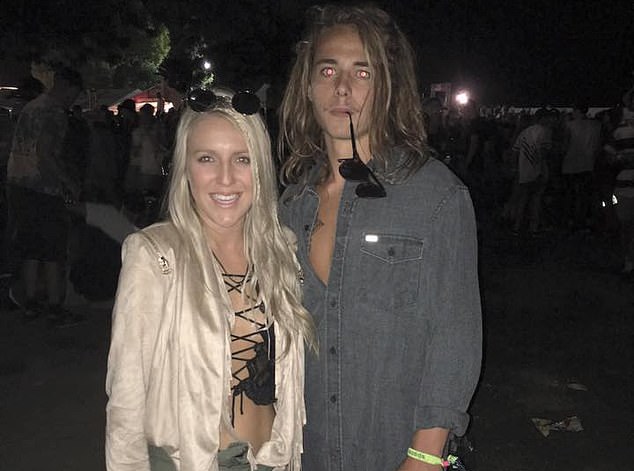 Zac’s mother-of-six has worked around the clock, launching search parties and hunting for clues about her middle son’s disappearance – all to no avail 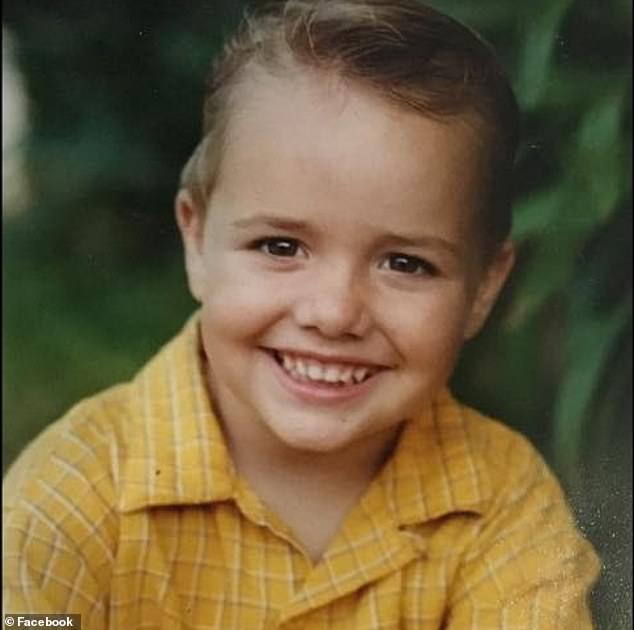 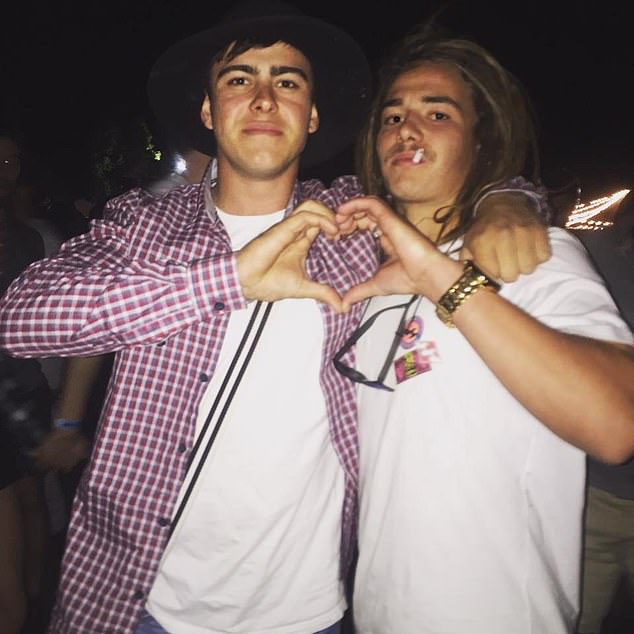 The two young men, whom Ms Gudelj has chosen not to identify for the past two years to avoid a witch hunt, appear to have since deleted Zac’s Facebook page from their friends list.

The young Aussie larrikin has three identifying tattoos on his body that would have made it hard to miss him in the days after his disappearance.

The first and most prominent is a VB logo on his right calf muscle.

Ms Gudelj has always asked followers on Zac’s official Facebook page to send in potential sightings if they think they spot him or one of his tattoos, but says none have been her son.

In fact, there hasn’t been a single firm sighting of Zac Australia-wide.

‘I, along with nearly 200 volunteers over multiple searches (in addition to police searches) have turned the area upside down and Zac is definitely not in the bush area [his friends] say he ran toward,’ she said. 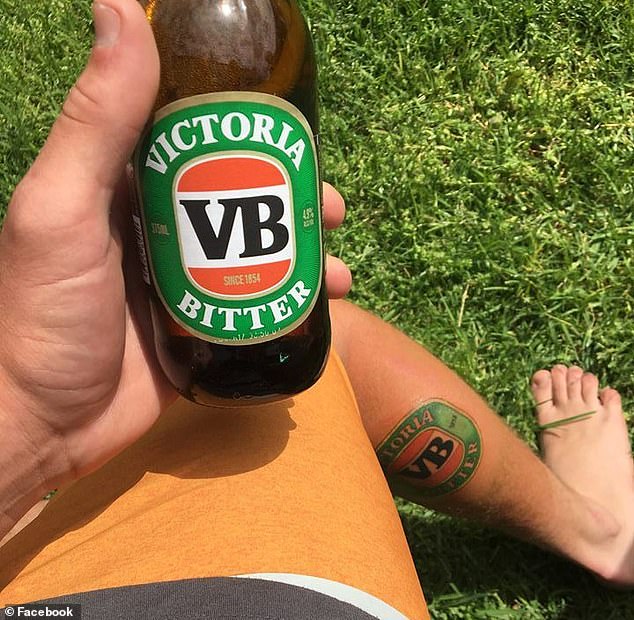 Shortly after Zac’s disappearance, new allegations arose suggesting he owed people money or may have made some ‘foolish mistakes’.

But his mother quickly dispelled any possible theories that may have risen out of that allegation, saying ‘the person he owed money to is nobody sinister.’

‘In fact, that person has been very helpful with police investigations.’

‘If he has met harm, accident or no accident, I don’t care who or what happened I just want to be able to put our boy to rest and give him the farewell he deserves.’ 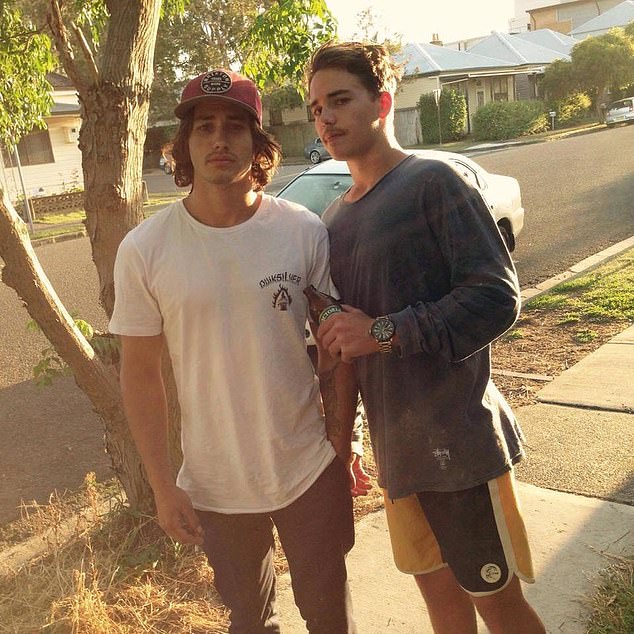 ‘It breaks my heart to think somebody or somebodies have possibly just discarded him as rubbish to protect themselves.’

The case, which has baffled family and friends as well as police is now heading toward a coronial inquest, which Ms Gudelj hopes may overturn some answers.

The family are currently raising money on their GoFundMe page to ease the financial burden of legal representation.

Ms Gudelj’s employer, Love Realty, are also donating a percentage of every property that is sold or leased into a fund to be used for representation.

‘A barrister will cost approximately $10k per day and we have no idea how long it will take with the number of statements to cross examine. 10 days could easily cost at least $100,000.’

But Ms Gudelj is determined to find out what happened to her son.

‘I’m never going to give up. It’s only going to get harder for everyone who knows anything because I will fight to find answers and to find him,’ she said.

Anyone with information that could help with the investigation should contact Police Link on 131 444 or Crime Stoppers on 1800 333 000.