A woman has revealed how her family ‘accidentally’ ended up living in Alice Springs after their car broke down on an Outback road trip and they fell in love with the remote town.

Hannah Miflin, her husband Alex Hoffman and their two-year-old daughter left their stable life in Melbourne behind to embark on the ‘big lap’ around Australia – a trip popular with nomads looking to head off the beaten track.

The family rented out their home in Glen Iris and took secured unpaid leave from their jobs before taking off in a camper trailer for eight months.

‘Everyone who does the big lap finds trouble. There’s at least a million Facebook groups devoted to the lap, full of stories of woes. The flat tyre, the booked-out caravan park, the problems with homeschooling,’ Ms Miflin wrote in a piece for the ABC.

In just two days, the family was set back by two flat tires in the middle of the vast Australian Outback.

Hannah Mifflin, her husband Alex Hoffman and their two-year-old daughter left their stable life in Melbourne behind to embark on the ‘big lap’ around Australia 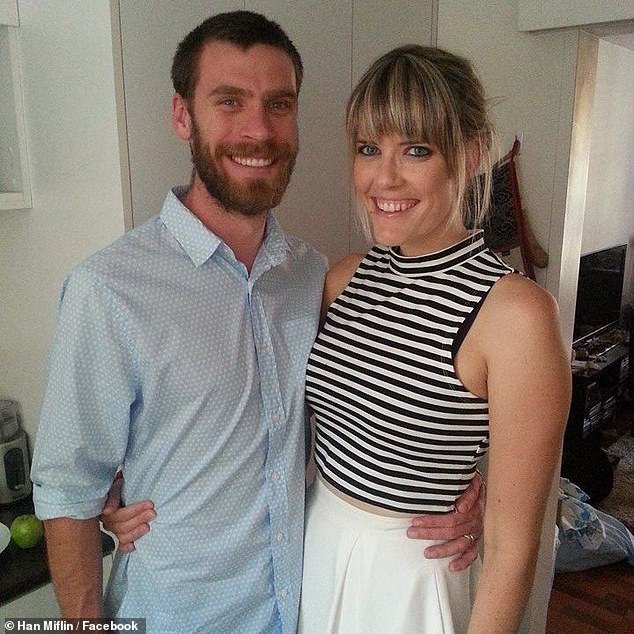 After their 4WD broke down, the family ended up in Alice Springs for mechanic repairs when they fell in love with the remote community

As the nomadic family made their way into the tiny township of Yulara to see Uluru and Kata Tjuta, their 4WD started to overheat.

A mechanic in Yulara broke the news to them that their car had most likely cracked a cylinder head.

So by chance, the family ended up back in Alice Springs for car repairs.

But once they arrived in the community of 25,000 people, they were forced to wait 10 days before the car could even be looked at.

Ms Miflin and Mr Hoffman called the mechanic every few days only to be told the required car parts hadn’t arrived yet.

‘So we waited, and slowly became absorbed by Alice Springs. We found our local cafe, we started going to a local church and we became regulars at the council pool,’ Ms Miflin said.

Initially the couple felt like foreign tourists in the remote Northern Territory town, before their surroundings started to become ‘a little too familiar.’

Ms Miflin said their transition from tourist to resident started after noticing the locals began to recognise them and treat them as their own.

It wasn’t until their daughter managed to receive an invite to a local child’s birthday party that the family accepted that they were inadvertently forming a life in Alice Springs.

‘Don’t you have to have friends in town for that to happen? Surely we weren’t at that stage yet? Then the job offers started,’ Ms Miflin said.

The local caravan park owner told the couple that if they stayed any longer, they would secure some work.

Ms Miflin was then offered an office job, and her husband was approached about some labouring work.

Three weeks after their car broke down, the couple were out to dinner at a pub with a local family they had met when the realisation of how accustomed they had become to the community hit them.

‘It was at this stage that I started to wonder if we had accidentally moved to Alice. It’s not an uncommon story apparently, people breaking down in Alice and never leaving,’ she said.

Ms Miflin said her family grew to love the remote town due to the allure of the entire Red Centre.

When a friend from home texted Ms Miflin to ask how their trip was going, she simply responded: ‘I think I’ve accidentally moved to Alice Springs.’ 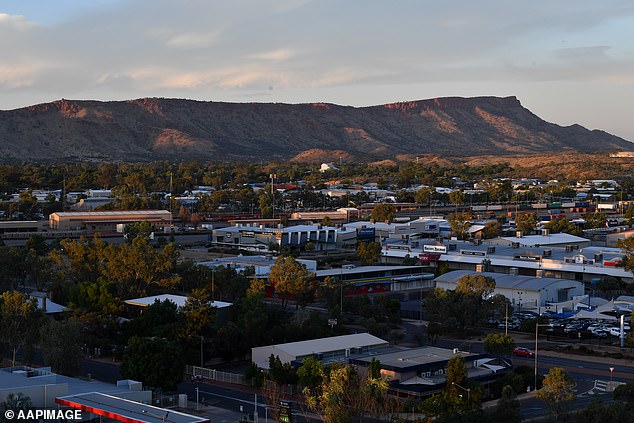 Despite having the same population as their hometown of Glen Iris in Melbourne, Ms Miflin said the people of Alice Springs are far more diverse.

She said on any given day they could hear a number of different indigenous languages in the ‘melting pot’ of the town.

A month after arriving in Alice Springs, the family’s car was finally fixed and they were back on the road.

But their decision to leave the town and people who had endeared them so much wasn’t without sorrow.

At one point, Ms Miflin and her husband legitimately considered moving to Alice Springs full time.

But for now the family continues their life on the road, and are currently in Tennant Creek in the Northern Territory, 500km away from the town that captured their hearts.

Ms Miflin said they will one day return. 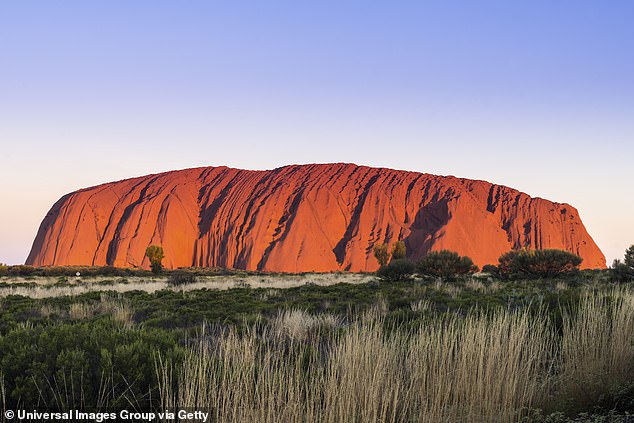 Despite having the same population as their hometown of Glen Iris in Melbourne, Ms Miflin said the people of Alice Springs are far more diverse