A family who reared wombats for a TV series have been left with horrific injuries after they were viciously attacked by one of the animals.

The animal lovers were even forced to kill one the wombat with an axe after the attack, leaving them ‘devastated’.

Jeanette Ambrose, 78, dedicated much of the 1980s to rearing wombats to play the role of Fatso, the beloved wombat on Australian soap opera A Country Practice.

But she soon found a wild wombat had walked onto her private wildlife sanctuary near Dubbo, north-west New South Wales, in May.

While Mrs Ambrose initially assumed the wombat was used to humans and had escaped from an enclosure – as wild wombats don’t frequent the area – the elderly woman was shocked when he charged at her.

She rushed to protect her 11-year-old granddaughter Nazarena who was standing behind her at the time.

‘He bowled me over and I was yelling at her to stay away and call for help and this wombat just started gouging into my leg,’ Mrs Ambrose told the Daily Telegraph. 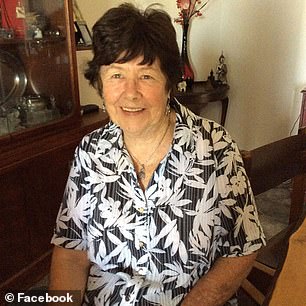 She tried to push him away but the strong animal continued to gnaw into her skin.

Her daughter Kim, who was on crutches with a broken ankle, limped 50 metres from a nearby cabin.

She tried to protect her mother, but the angry wombat turned on her – biting so deeply she worried he would hit an artery.

‘He had pushed me over and was onto the backs of my legs. Each bite was excruciating.’

She said the bites were so deep ‘I worried I would die’.

Kim’s daughter Gemma tried to intervene, but also found herself at the mercy of the wombat’s rage.

‘If he got to our faces, he would have bitten our noses off. He was not going to stop,’ Mrs Ambrose said. 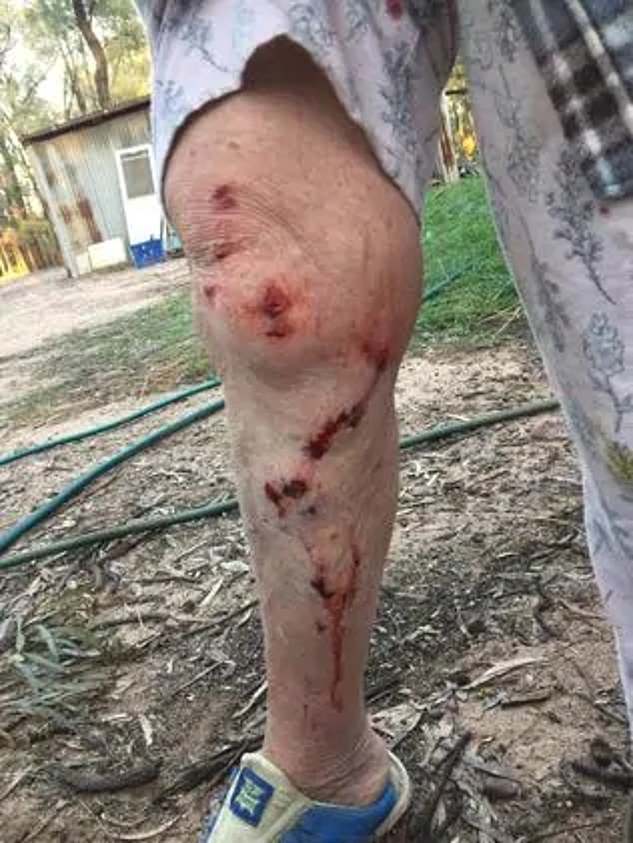 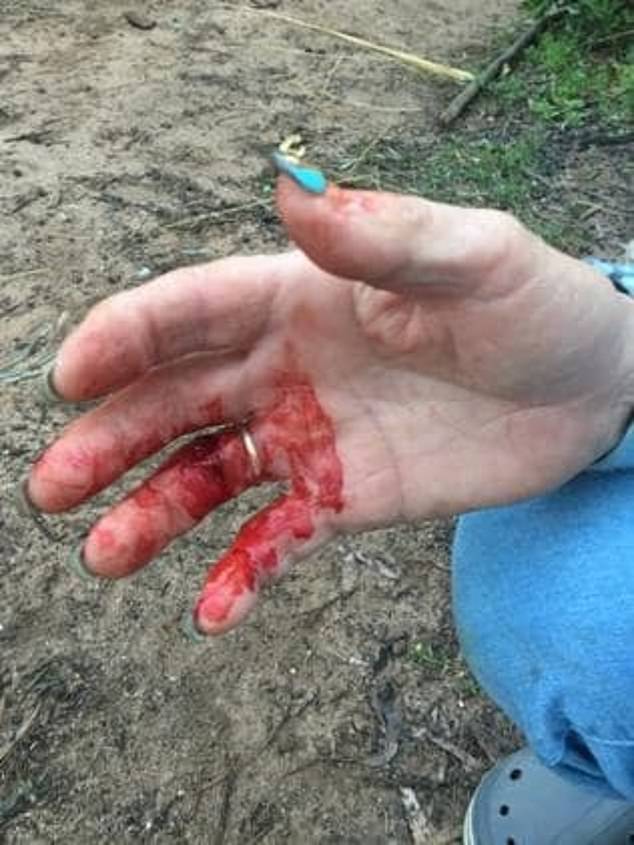 Her daughter Kim was also attacked on the legs and hand (pictured). Kim also re-broke her ankle during the attack

Kim managed to grab a shovel to scare the wombat away, but fell and re-broke her ankle.

Gemma’s husband Khodr arrived with a neighbour and tried stop the relentless attacks.

Their attempts were futile, and the pair were forced to kill the wombat with an axe.

While harming a native animal is illegal, a NSW National Parks and Wildlife Service spokeswoman told the publication it will not be investigating the event.

She said wombat attacks are extremely rare, as the animals are shy and usually try to avoid humans.