A take-away service catering for lovers of Michelin star food has seen its popularity soar as wealthy households turn to the app to keep themselves well fed – splashing up to £1,500 a meal before wine.

The London-based delivery company, named Supper, had been ‘tootling along’ with a few well-loved restaurants on its books before the coronavirus pandemic hit, reports The Times.

But just three days into lockdown the addition of several super-popular restaurants including Hakkasan and Zuma – who had previously been unwilling to offer a takeaway service – saw orders surge by 700 per cent.

The London-based delivery company, named Supper, had been ‘tootling along’ with a few well-loved restaurants on its books before the coronavirus pandemic hit

Now owner Peter Georgiou says he has an abundance of loyal customers who order lunch and dinner almost every day.

Speaking to The Times Mr Georgiou said: ‘I’ve had customers saying: ‘I don’t cook, I don’t know how.’

Adding: ‘We’ve now got restaurants queueing up to get on our platform.’

Mr Georgiou tells of one Surrey household who has been using Supper’s service to regularly order in dinners costing up to £1,500, without the booze. 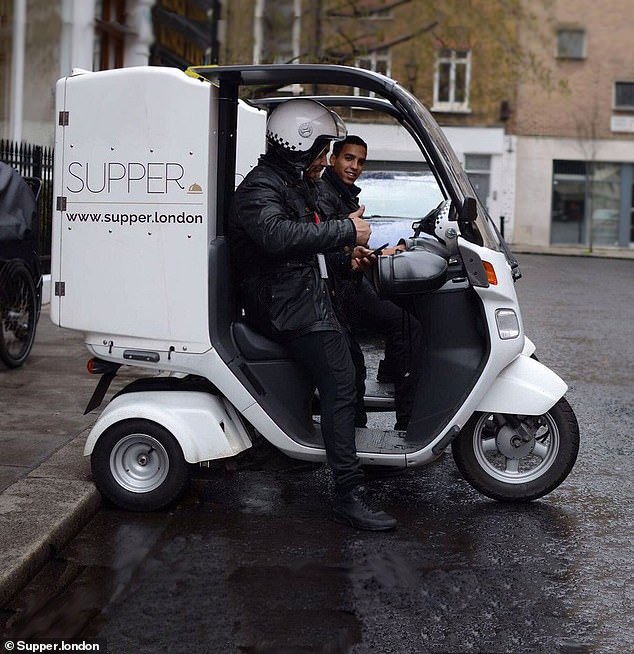 While another individual makes a daily order of the croque monsieur with black truffle from Piccadilly’s Hide restaurant for £24 a pop without delivery.

And high-end food delivery is not the only thing the rich are craving in these trying times as demand for in-house staff went up two to three times for recruiter Polo and Tweed. 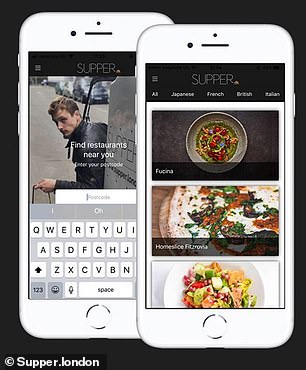 Live-in chefs were also said to have been highly sought, as CEO Lucy Challenger told The Times, people ‘didn’t want to cook and they don’t know how to cook’.

Despite demand for new staff, Polo and Tweed, has put a hold on recruitment ‘to ensure the health and well being of all our candidates and clients’.

Other companies saying no to the super-rich during the pandemic include Quintessentially, a luxury travel and lifestyle agent, who will refuse requests to charter planes to escape lockdown, reports The Times.

In early April a private jet full of super-rich holidaymakers from London was sent back to the UK after the group landed in France and tried to get to their Cannes villa by helicopter during the Coronavirus lockdown.

Seven men in their 40s and 50s and three women in their 20s arrived at Marseille-Provence airport and were immediately intercepted by local police.

The organiser of the trip – a Croatian national working in banking and estate agency in the UK – had booked the jet and helicopters to take everybody to the rented villa.

Police guarding the ‘borders of Marseille-Provence airport asked the private jet not to come and land on its tarmac’, a police source told BFM news outlet.

But the plane still landed anyway, and the passengers, aged between between 24 and 27 years for the women, and 40 and 50 for the men, were not allowed to get off the aircraft.