The opening night of the Red Hot Chili Peppers’ Australian tour descended into chaos last night after it was plagued by technical difficulties and a bizarre ban on clapping.

The American rock band appeared at the Entertainment Centre in Hobart, Tasmania, on Sunday night, but fans have branded the night ‘an absolute disgrace’.

Concert-goers, who shelved out up to $450 a ticket, claim they had to wait over two hours to get a drink, had no available water and were even yelled at for standing up and clapping.

Fans have flooded social media after the disastrous opening concert of the Red Hot Chilli Peppers tour in Hobart, Tasmania

‘We waited close to 2 hours in the line to get a drink. People who wanted water were waiting the same,’ Sarah Rayner wrote on Facebook.

‘It was very poor on the organisation. People were jumping the lines I honestly don’t know how there weren’t more issues with all the angry patrons. Security did nothing just watched on,’ she added.

‘They ran out of water for purchase after lining up for ever to buy some. Dehydration to the max!’ attendee Belinda Bond also wrote.

The VIPs, who spent up to $500 for ‘priority seating and bar access’, claim they were treated no differently.

Nadia Paternoster, who was sitting in the VIP section, said she was told off by security for merely standing up and clapping along to her favourite RHCP songs

A VIP ticket, which cost around $450, promised punters VIP seats and priority access to a private bar

‘This RHCP show at Derwent Entertainment Centre is ridiculous. What VIP??! GA get front and centre stage, we’re to the sides. The drinks area has been reduced to a third. Why did I pay the extra $300 per ticket??’ Neil Bent wrote on Twitter.

Rick Hancock also expressed his disgust, calling the venue an ‘an embarrassment’.

‘Had to push our way through the GA standing area to get to the VIP bar line only to find the DEC management decided to open it up for everyone waited 45 minutes to get a drink,’ he wrote on Facebook.

Punters were also reportedly told off if they were overly enjoying themselves, with security telling VIPs to sit down if they stood up and clapped.

‘Who goes to a rock concert to sit down? I’ve been to many concerts around Aus and this only happens at the DEC. Perhaps the DEC isn’t the place for bands. It was a total mood killer,’ Nadia Paternoster wrote on Facebook. 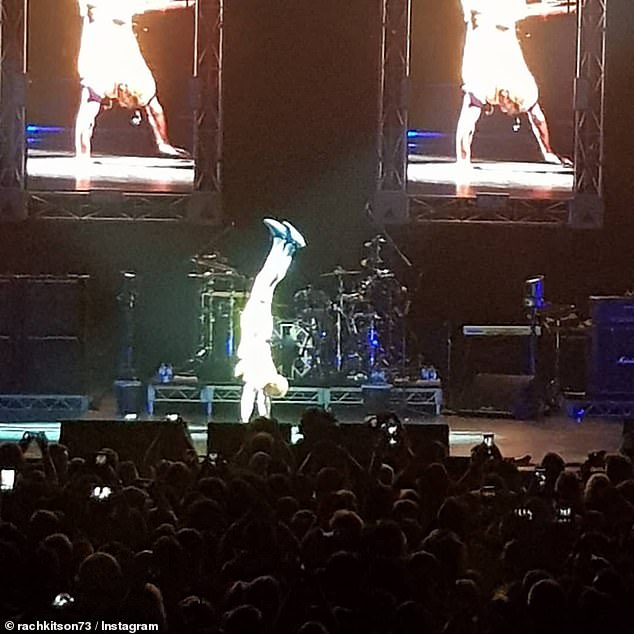 The band were forced to wait backstage while engineers fumbled to get the sound back on and bassist Flea (pictured) resorted to a handstand to entertain the restless crowd.

And it just wasn’t the the audience who were plagued with difficulties on the night.

Lead singer Anthony Kiedis was forced to sing a capella after the sound was cut just two songs into their set.

Soon Kiedis’ own microphone was cut and the arena plunged into a chorus of boos and screams from the audience for over 20 minutes.

The band sat backstage while engineers fumbled to get the sound back on and bassist Flea resorted to a handstand in a desperate bid to entertain the restless crowd. 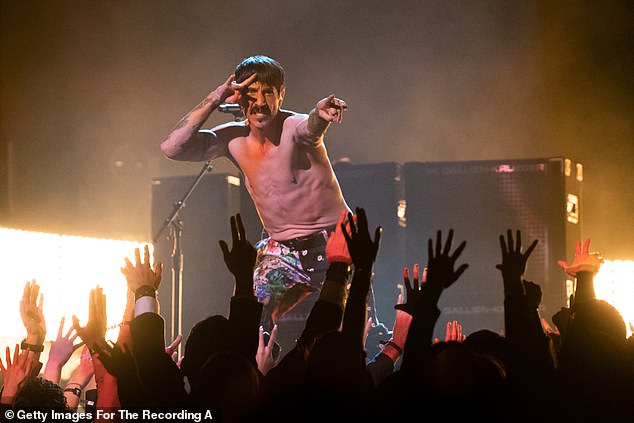 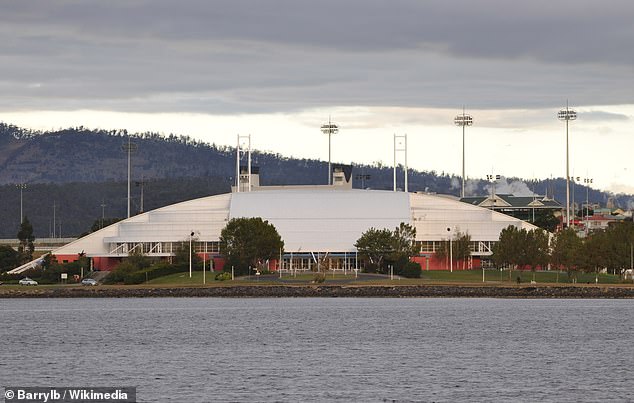