Hundreds of revellers queued for hours for a final slice of a Sydney late-night icon.

Frankie’s Pizza has called last drinks as the popular CBD pizza parlour and live music venue prepares to close its doors for good before being bulldozed for the construction of the Sydney Metro.

Famous for its rock and roll sounds, daily $1 pizza slice specials and secret ‘Fun Room’, massive crowds have flocked to the iconic CBD underground venue for one taste of the action.

The final night of one of Sydney’s last late night venues this Sunday also coincides with the bar’s tenth birthday.

Some of the world’s biggest stars have walked through the doors over the last decade from Blondie lead singer Deborah Harry and Priscilla Presley to Guns and Roses, The Foo Fighters and the Smashing Pumpkins.

Grammy award winning Wolfmother frontman Andrew Stockdale is also a famous fan and stole the show as the headline act at the packed bar on Wednesday night. 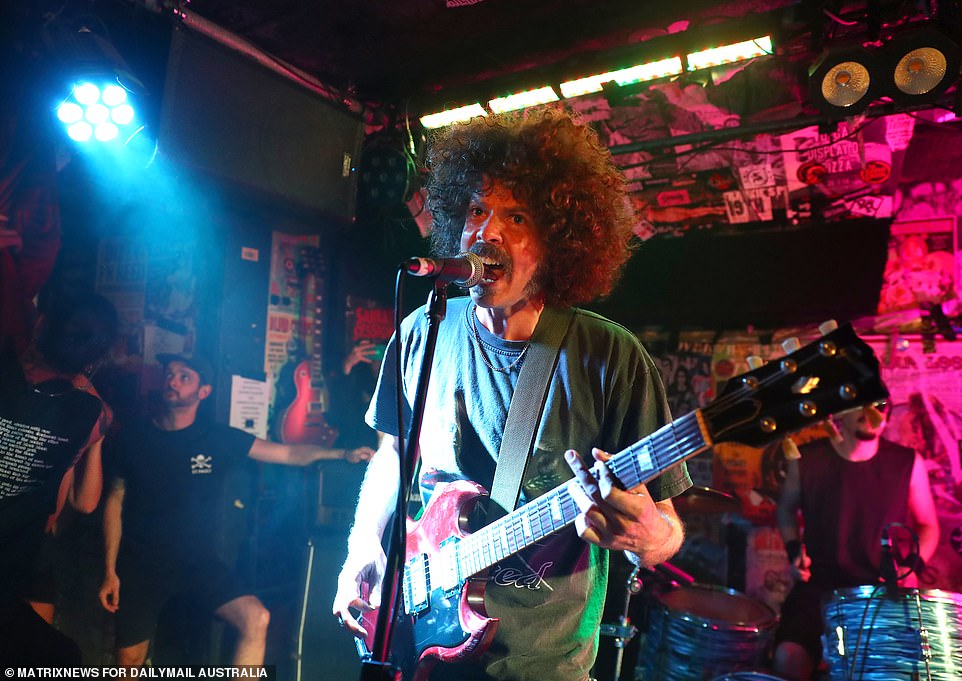 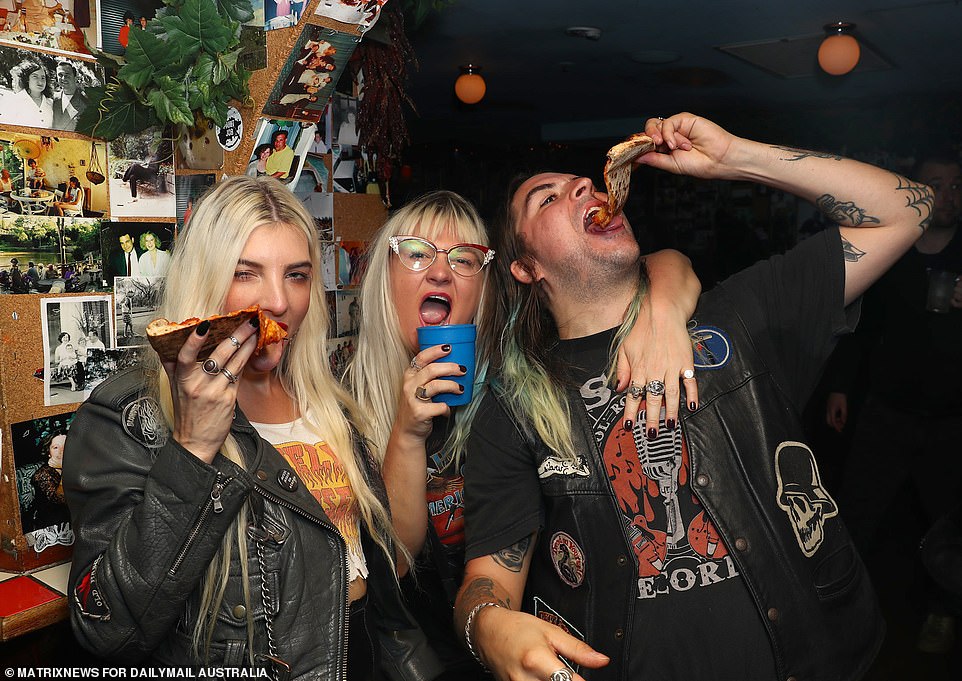 Famous for its pizza slices and drinks in coloured cups, Frankie’s is nearing the end of an era

Massive queues stretched 250m around the block on a weeknight for a last slice of cheesy pizza and nightcap in a bright-coloured plastic cup.

Frankie’s fans are shattered and angry one of Sydney last late-night venues is closing as the harbour city’s bleak nightlife struggles to find a new lease of life post-Covid and late night lockouts.

‘Sydney has this uncanny ability to sniff out joy and life and then demolish it. It’s the worst city I have ever lived in, if an IG influencer was a city it would be Sydney,’ one man fumed online.

One woman added: ‘The best bar in all of Sydney. Another live music establishment gone.’

A third said: ‘Frankie’s Pizza is iconic and it’s a shame they couldn’t have put the metro somewhere slightly different. I do hope it moves because the city needs places open late.’

Guns & Roses keyboardist Dizzy Reed was among the thousands of revellers with fond memories and paid tribute last week.

‘One last Jägermeister and one last Pizza @frankiespizzabytheslice Thanx for all the great memories and for all the things I don’t remember. Also a huge thanx 2 all the staff who always took such great care of us. Gonna miss that place!’ he posted. 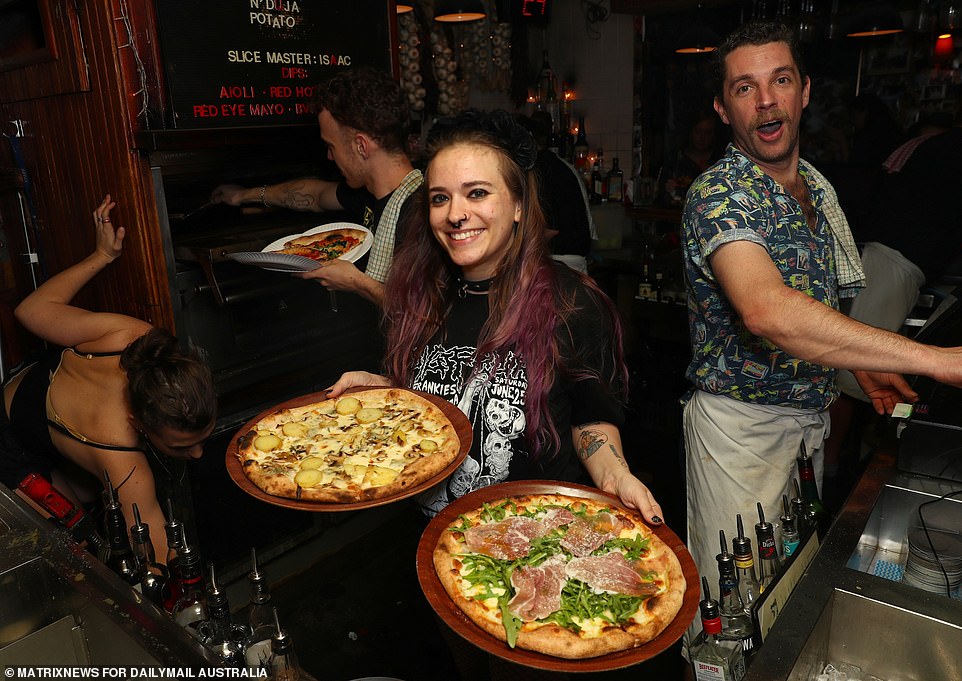 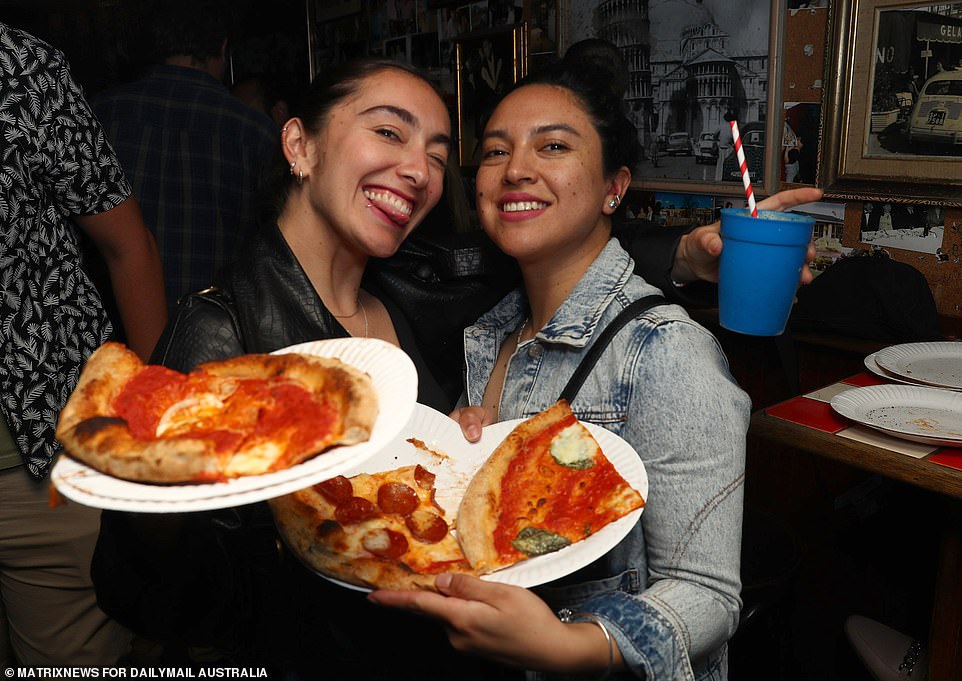 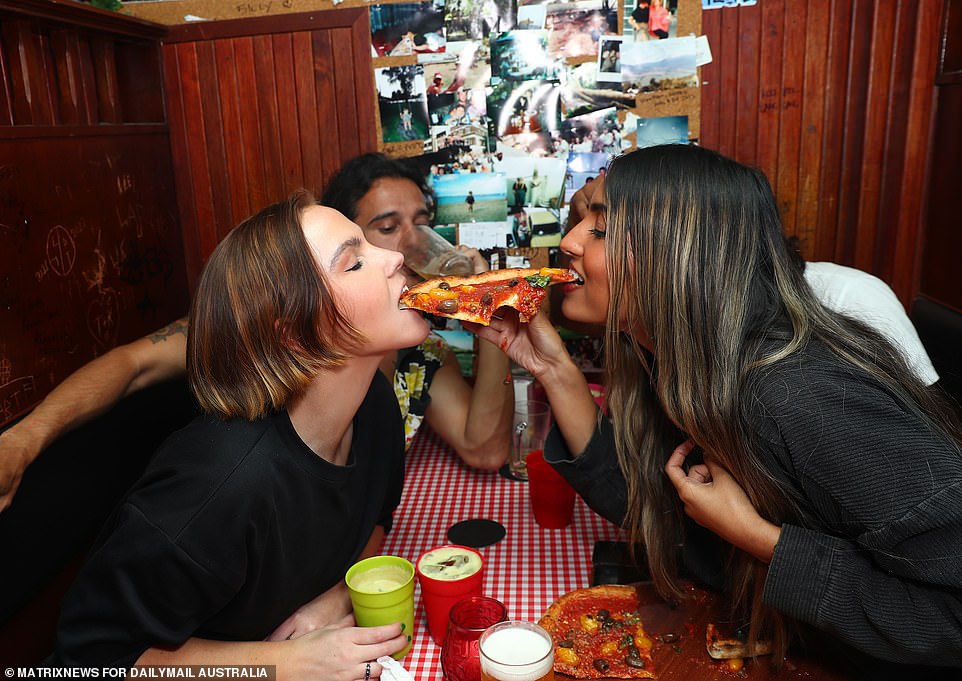 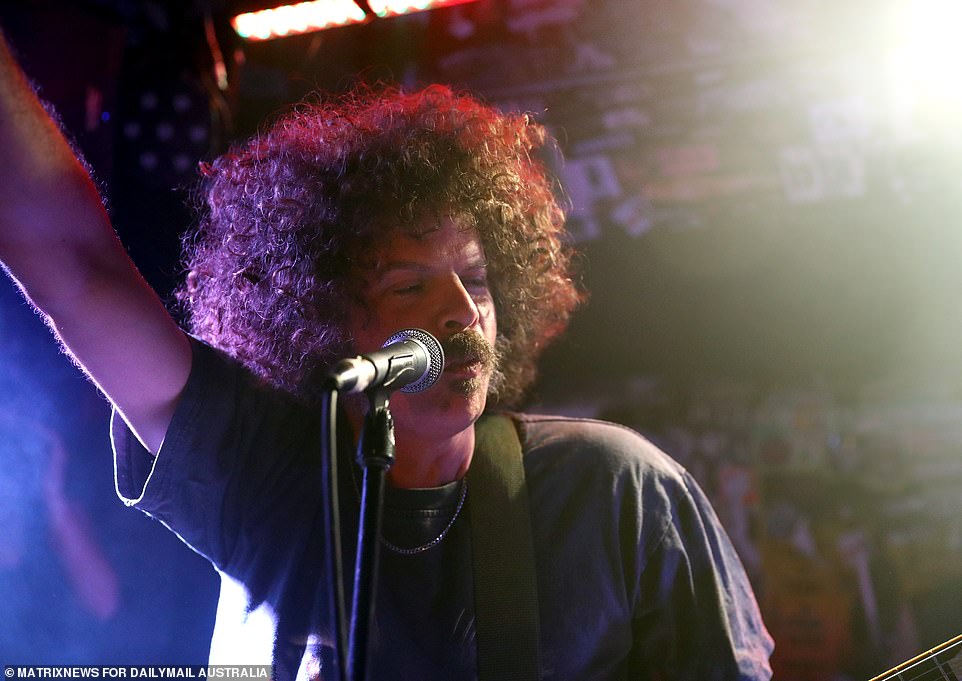 Frankie’s has had many famous customers from Blondie lead singer Deborah Harry and Priscilla Presley to Guns and Roses, The Foo Fighters, the Smashing Pumpkins and Grammy award winning band Wolfmother (pictured performing at the bar on Wednesday night)

‘It’s time to leave our legions, farewell our four walls, and finish at our most f***ing fearsome,’ a statement read.

When the final week of festivities kicked off on Sunday, a crowd of 200 were already lined up outside before doors opened.

The farewell party ends this Sunday night with the aptly named Decade of Debauchery.

The venue announced on Wednesday its frames, neons, and posters plastered all over the walls will be auctioned off, giving fans the chance to own their slice of Frankie’s history.

A RIP Frankie’s T-shirt range has also been a big hit with patrons.

Frankie’s first opened its doors in late 2012, and it didn’t take for the venue to become a favourite among Sydneysiders and international visitors. 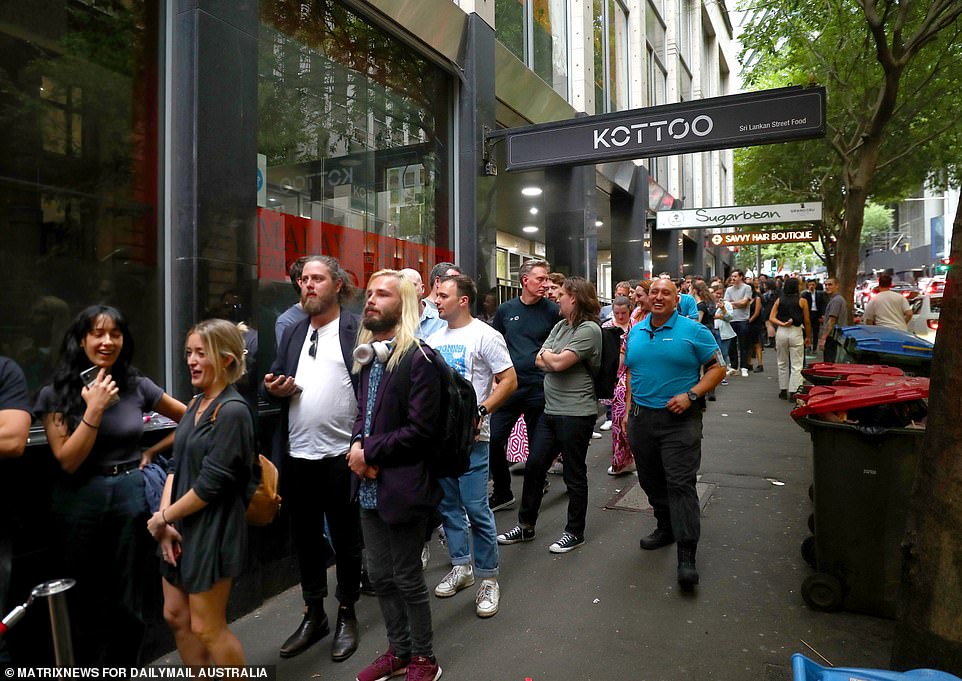 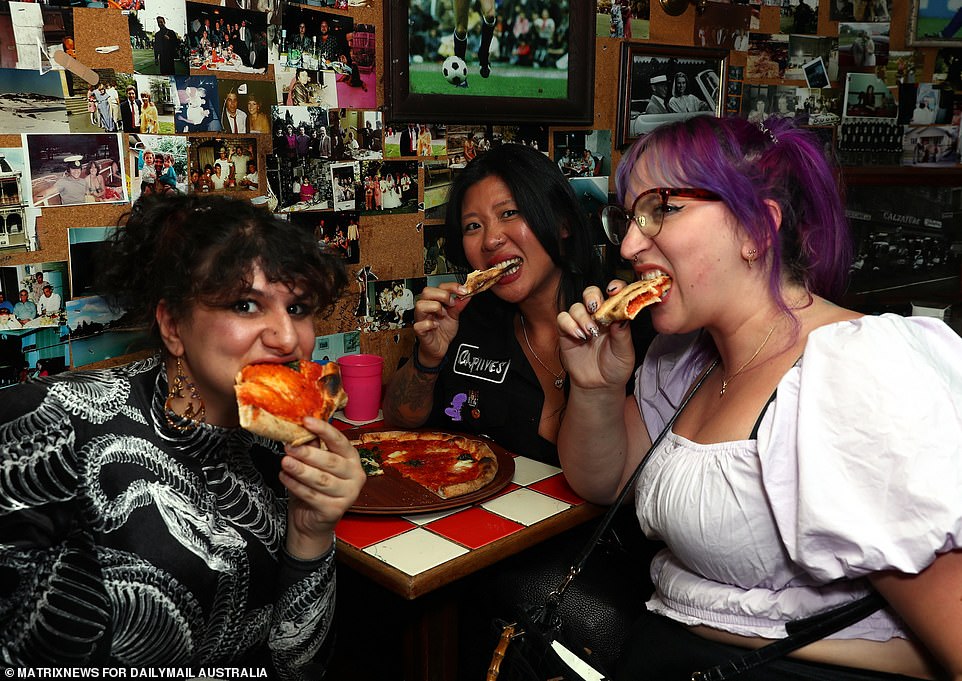 For the last decade, Frankie’s Pizza has been the late night venue for Sydneysiders and international visitors (pictured revellers on Wednesday night) 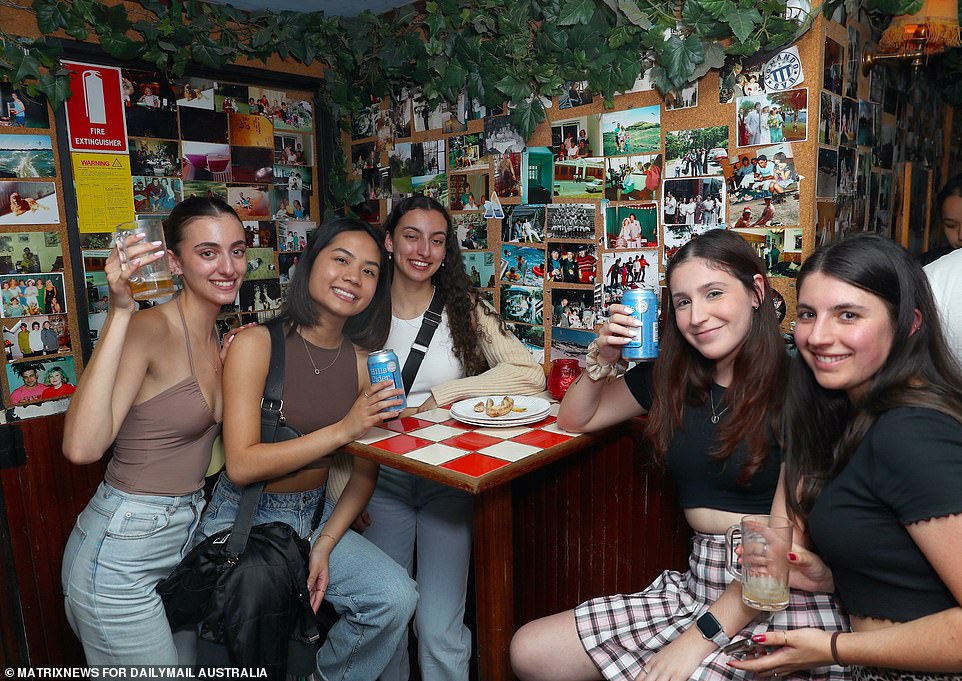 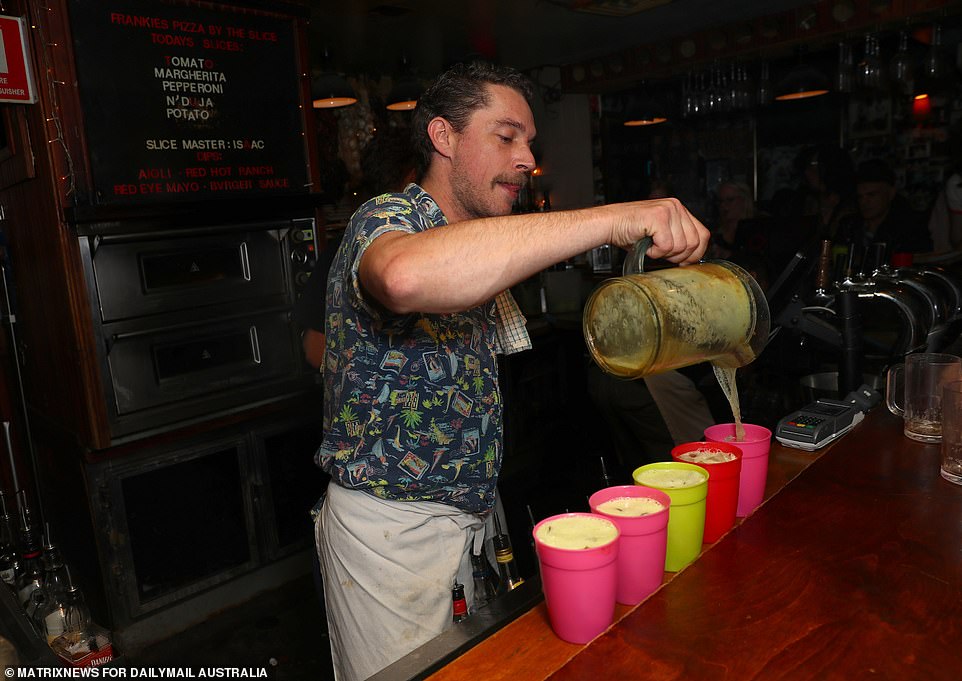 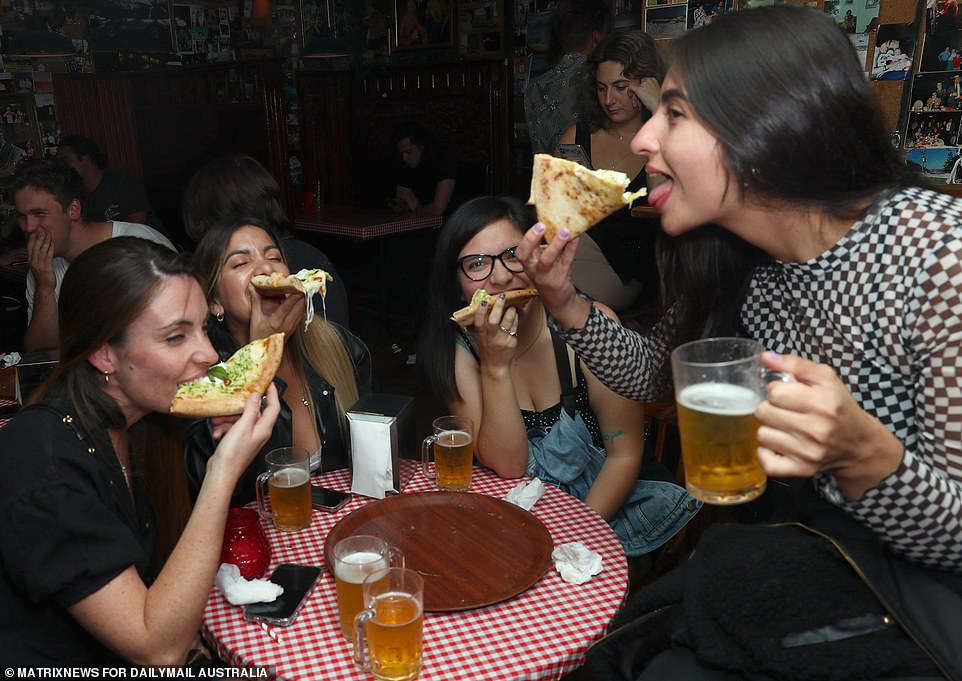 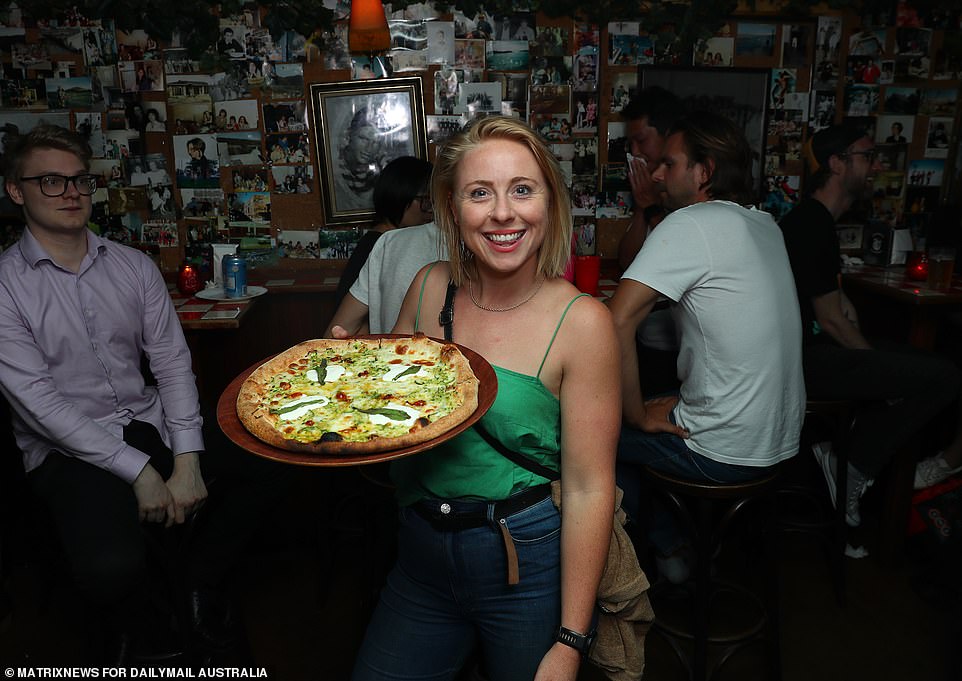 Before Sydney’s lockouts, the eclectic venue had a 24 hour trading licence Blondie lead singer Deborah Harry was among its first customers who happily waited in the queue on the second night of trading.

The likes of the Foo Fighters, Smashing Pumpkins and Guns & Roses frontman Axl Rose just some of the famous faces to sample an evening at Frankie’s.

Priscilla Presley loved Frankie’s so much she returned the next night.

Metal act Slayer were also keen to grab a late night bite to eat but were reluctantly refused entry as it was after 1.30am on the first night of the city’s much-hated lockout regime introduced in 2014.

By the time then Premier Gladys Berejiklian scrapped Sydney’s lockout laws in January 2020, the city was weeks away from being plunged into lockdown due to the Covid-19 pandemic

The NSW government announced 18 months ago Frankie’s would make way for a new metro line linking Parramatta to the CBD.

The owners were reluctant to relocate the bar, unsure if ‘lightning can strike twice’ and have urged fans to hold their breath.

‘The world is changing a little and the last thing I would ever want to see if is a diluted version of Frankie’s,’ Jordan McDonald told the Daily Telegraph. 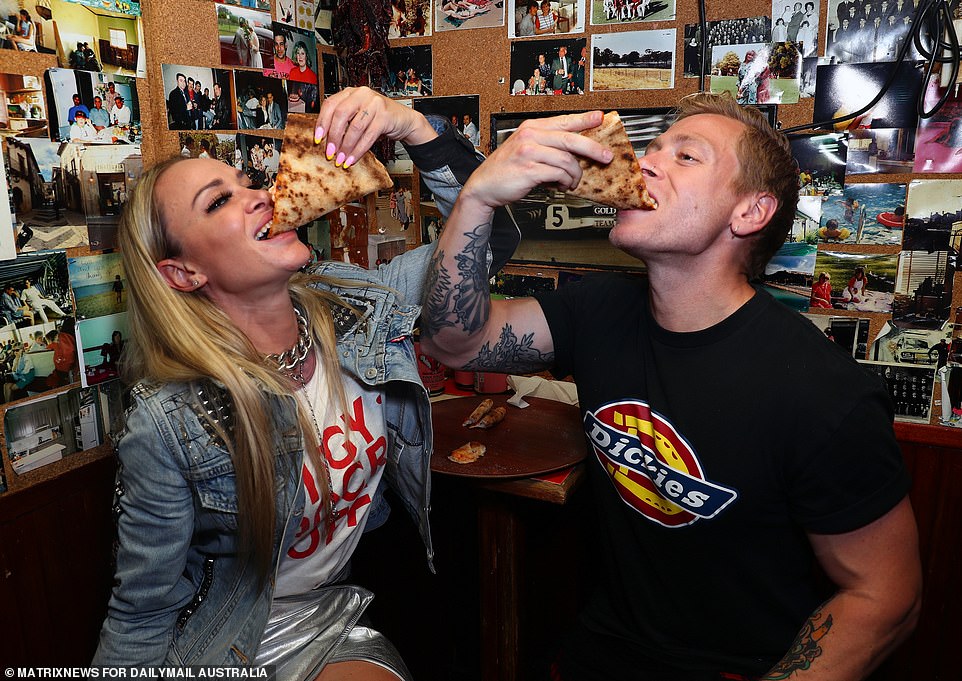 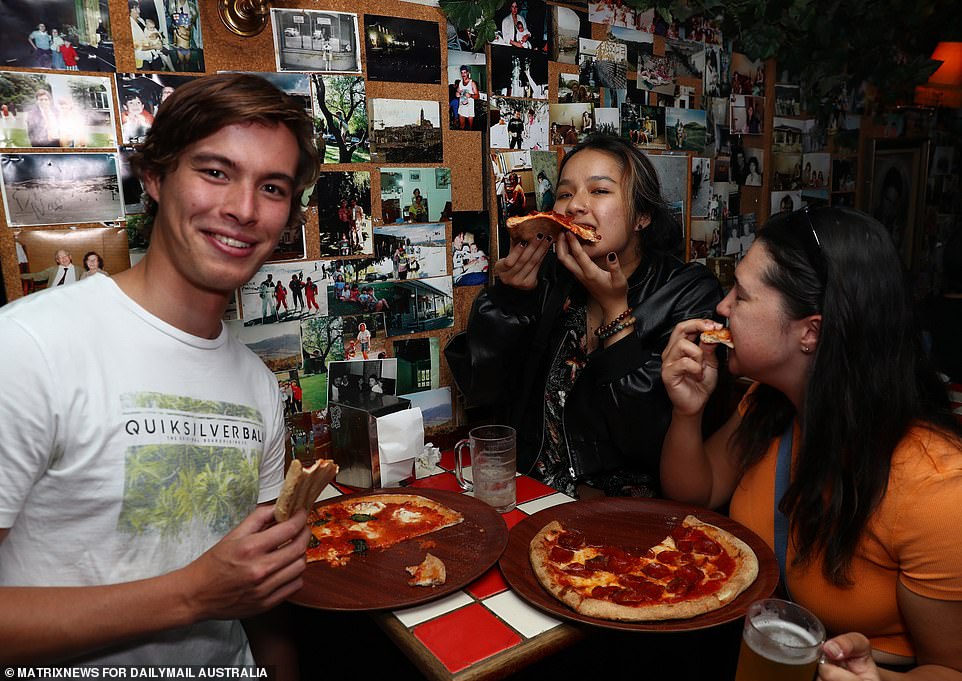 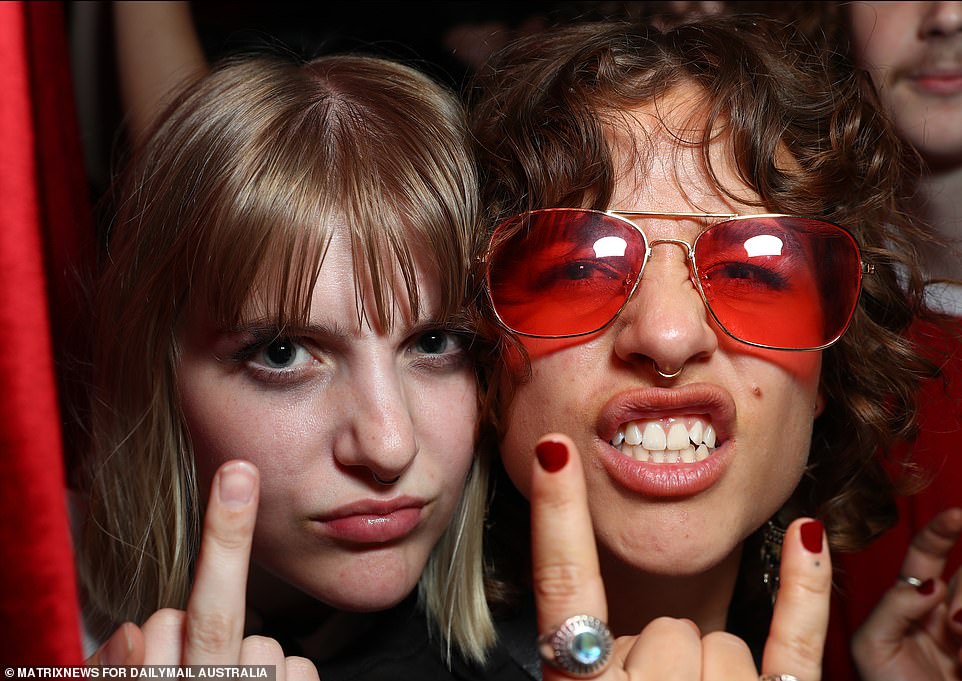